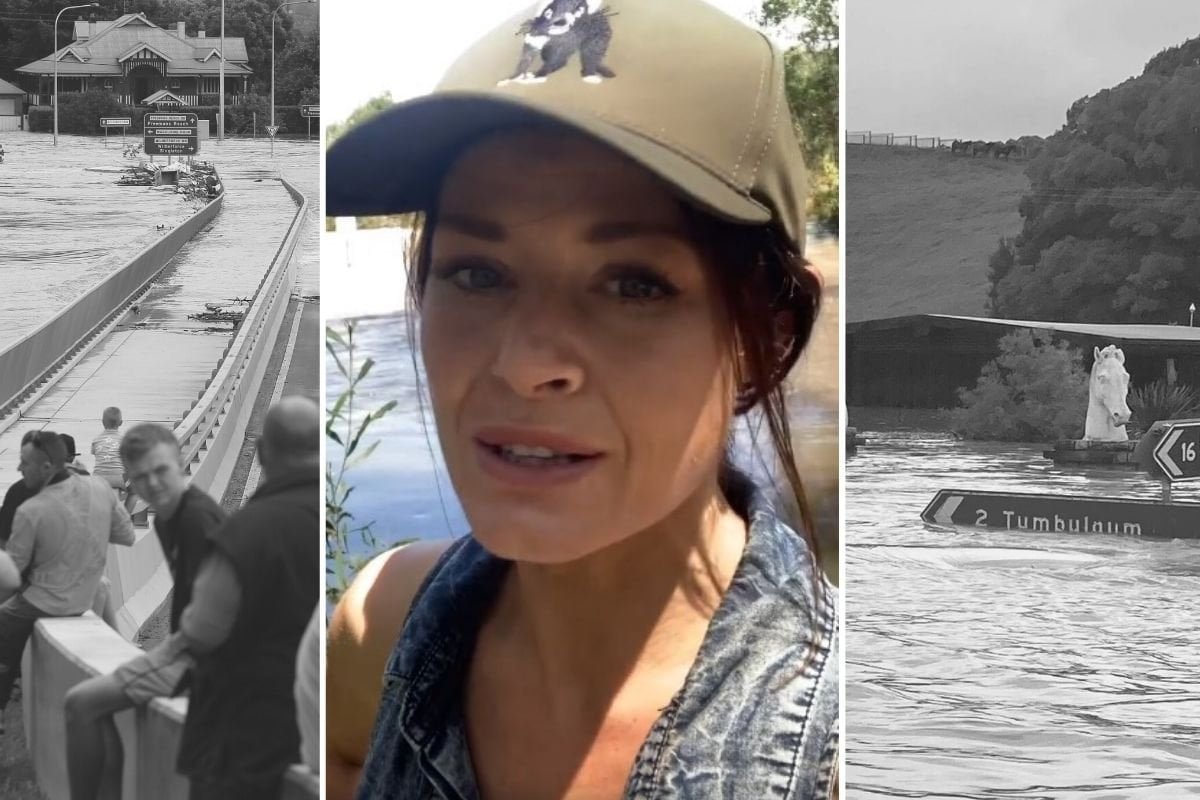 It’s never easy, but often necessary. As anyone familiar with my Mamamia podcast series Restart would know, I’ve been talking a lot about change. In fact it’s the premise behind the entire series.

The need for change. The why, when and how we do it, and the promise that it is never too late to change everything.

In the last week, I’ve experienced firsthand the devastation wrought by the once-in-a-lifetime floods which have buffeted much of my home, Northern NSW and Southeast Queensland.

Witnessing the systemic failure of those we elected to take charge, and adequately mobilise forces necessary to safeguard the wellbeing of those who elected them when they needed it most left me, like most of Australia, in despair. Clearly our entire government needs a restart, but then perhaps the entire world does too.

From the bushfires, to the pandemic, now the floods, and the chaos playing out in the Ukraine...When will we see real change?!

Listen to Madeleine's chat about her own 'restart.' Post continues after podcast.

I don’t mean to sound preachy, I’m just confused. I consider myself a logical person and I believe that above all else our government needs to be logical, to make sense. We all have to pay our taxes, our traffic fines, we read the signs and adhere to instructions, and accept the penalties when we fail to do so... So why can’t we ask the same of our leaders?

In the case of the floods, where is the co-ordinated response which was demanded of us throughout the pandemic? The response we’ve earned, that we should all rightfully expect? I’m still waiting for the powers that be to swoop in, rally the troops and direct us where to go. What to do. But it’s just not happening. Entire communities are still stranded. Roads blocked, families waiting to be saved with no water, no food.

A critical finding of the Royal Commission into the Black Summer bushfires was that the Commonwealth government - that’s Scott Morrison and his team - has the power to play a greater role in natural disasters, like floods, and can declare a national state of emergency.

This is the catalyst needed so Commonwealth resources, like our military, can be deployed in a coherent, cohesive, coordinated pre-emptive response.

So why hasn’t it happened? Where's the proclamation of ‘national disaster?’ What more do you want? How many lives and livelihoods lost? If this is just the debacle that was the bushfire response playing out again, why did we endure a two year royal commission in the first place?

C’mon ScoMo. We know you are sick with COVID but try telling that to the families on rooftops, the small business owner's knee deep in contaminated mud, the elderly couple treading ice cold water for hours in an air bubble against their ceiling. You think they don’t feel sick? Pull your boots on and do what you were elected to do.

Take charge! Someone has to.

I’ve been engaging in some very enlightening chats in the last 24 hours with fellow frustrated Aussies about constitutional law, chains of command, and have been challenged several times to state my case.

Simply put I’m an actor, an author, a storyteller. Nothing flash but I’ve worked extensively in the homeless sector, with refugees, to break gender bias in the workplace and to combat the climate crisis by working for nearly three years as a rainforest regenerator and environmentalist. I’ve watched four bushfires play out at close range, and tried to use my stories to share the plight of others and in some small way achieve some small measure of change.

I would never have called myself a change-maker but lately I’m diving more and more into the lived experience of my community with the same grim determination I did when pulling on the boots and jumping into the toxic mud cleanup around Lismore. Identifying problems and where change is needed most, requires more than rolling up your sleeves for a photo opportunity. So when one fellow asked me what I would do had I the power to change our national response to natural crises... I decided to tell him.

1. I would formulate a formal natural disaster response plan, enshrined in law, which is pre-emptive, coordinated, cohesive and actionable by our Commonwealth resources (like the military) within 24 hours of a threat being identified.

Natural crises by their very nature, tend to be cumulative, so the plan would enumerate various factors, risks and contiguous outcomes as identified by our excellent environmental science community in collaboration with our defence force. Once three of those risks are satisfied the event automatically qualifies as a national disaster and the relevant arm of the military is immediately deployed.

2. Being a predominantly volunteer-led agency, our SES plays the critical role of mobilising and directing the civilian effort, which in both the fires and floods have played the single most significant role. Thus the contribution of communities will be co-ordinated whilst keeping its members safe.

3. I know it all comes down to the mighty buck, so a reasonable timeframe will be elected within which to determine if the threat has been contained, diminished, or no longer qualifies as a national disaster. In that case Commonwealth resources hand authority back to the relevant state bodies and the military withdraw. The current ‘wait and see’ measures do not work. We saw it play out across the Black Summer and it’s happening again. Have we learned nothing? And our defence force is uniquely trained for and want to deal with these threats. This is their role within the legislated scope of good government. It is not, and never was the role of citizens to bear responsibility in crises of this magnitude. Will it work? I’m sure it’s not perfect but it makes sense to me. I don’t know everything but nor have I the hubris to pretend I do. I’m curious, I want to learn, and any plan of action is a darn sight better than sitting on our hands.

My restart journey has been all about seeking change. Knowing it’s never too late to change everything and being brave enough to actually do it. That thought kept me awake last night as I contemplated the sense of defeat and loss I see about me in what has become an increasingly rudderless nation, helmed by a hierarchy of leaders out of touch with their constituents and too frequently failing to fulfil the promises that saw them elected in the first place. First and foremost of those being to prioritise the wellbeing of the citizens at every juncture.

So this morning I have resolved to stop talking about change and start living it. I don’t just want to see change, I want to be it.

Thus, I am formally announcing my intention to run for state parliament in next year's NSW elections.

As poet Rumi said: ‘Yesterday I was clever, so I wanted to change the world. Today I am wise, so I am changing myself’.

I’m not the sharpest tool in the shed, thus far cleverness has eluded me. But I am much changed, and wiser for it. I think now I’m ready to try for clever again, so watch out world, here I come.

Reply
Upvote
Hello just saying that I love your podcast restart which gave me the confidence to start my new beginning after 30 years of being unhappy. Moved out start a new life and two months later floods arrived and lost everything! Back to the home which I left to once before! What a time is bring had, awkward to say the least, nothing has changed nothing will ever change! Hoping to get back to my home soon x
J
jessabmitchell 2 months ago