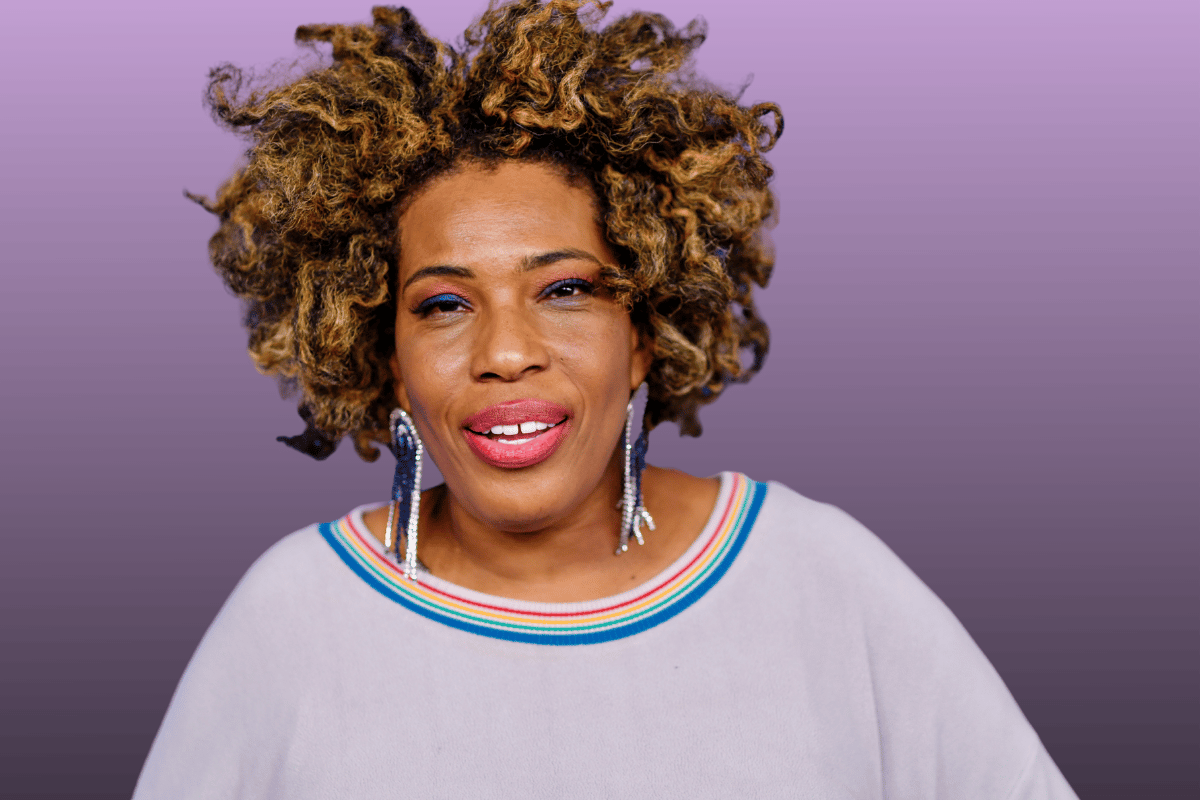 American singer Macy Gray is facing criticism over the comments she shared about transgender people this week, particularly from trans women.

Gray decided to appear on Piers Morgan's British talk show Piers Morgan Uncensored, which has amassed plenty of controversy in its own right since it started earlier this year.

During the sit down interview, Gray and Morgan – who are both cisgender – decided to speak on trans issues, specifically suggesting that being a woman requires a person to be born with "boobs and a vagina", rather than surgically opting for them during transition.

The conversation started with Morgan asking Gray what she believes defines womanhood. And when Morgan stated that he believes in "fairness and equality" for trans people outside of an elite sporting context, Gray agreed.

She went on to say that people can "call themselves whatever you want", but when it comes to biology, in her mind, it's up for debate.

Watch some of the interview between Piers Morgan and Macy Gray. Post continues below.

Video via TalkTV and ET Canada.

Continuing with the trans-exclusionary radical feminist (TERF) comments, she said: "Women go through completely unique experiences. And surgery or finding yourself doesn't change that. Being a little girl is a whole epic book, and you can't have that just because you want to be a woman."

When Morgan acknowledged that Gray might face some criticism for their discussion, she agreed, saying: "But it's the truth. I don't think you should be called transphobic just because you don't agree. There's a lot of judgement and throwing stones at people for just saying what it is."

Needless to say, the segment didn't go down very well with many. Gray's comments have been condemned by LGBTQIA+ advocates across the globe.

As TransHub Australia noted recently: "Trans young people and adults face extraordinary health inequalities, largely due to the abhorrent stigma and discrimination they face. The value, validity and needs of trans people are not up for 'debate'. At this time, it is so important that we all stand alongside and affirm the trans people around us and across Australia. Their lives depend on it."

In a statement to Billboard, Gray said her comments had been "grossly misunderstood". But as Rolling Stone titled an Op Ed: "Macy Gray Thinks People 'Misunderstood' Her Transphobic Comments. They Didn't."

In her statement she said: "I have nothing but love for the LGBTQ+ and transgender community and have been a supporter since day one. My statement on Piers Morgan was grossly misunderstood. I don't hate anyone. I respect everyone's right to feel comfortable in their bodies and live their own truth."

Gray isn't the first female celebrity to voice a similar belief. Over the past few years, J.K. Rowling has made her stance on transgender identity very clear.

In March 2018, Rowling 'liked' a tweet that described transgender women as "men in dresses". Rowling's reps backpedalled fast on that one.

"It was a mistake," they told NewsWeek. "I'm afraid J.K. Rowling had a clumsy and middle-aged moment."

Listen to Mamamia Out Loud: J.K Rowling, not again. Post continues after audio.

But the following year, Rowling also tweeted her support for Maya Forstater, a British woman who was fired from her job for tweeting anti-trans statements, including "men cannot change into women".

Then in 2020, Rowling retweeted an article to her 14.5 million followers titled, "Creating a more equal post-COVID-19 world for people who menstruate".

"'People who menstruate,'" she wrote. "I’m sure there used to be a word for those people. Someone help me out. Wumben? Wimpund? Woomud?"

Many Twitter users accused Rowling of transphobia, or at least harmful ignorance, and pointed out how her comment entirely erased the experience of so many people who have periods.

Both Rowling and Gray's comments have left them being categorised as TERFs: trans-exclusionary radical feminists.

The acronym, which was coined by an Australian writer Viv Smyth in 2008, refers to a vocal group of feminists who argue that the only "real women" are those born with female sex organs and an XX chromosome. Trans women, in their view, couldn't possibly understand the female experience and shouldn't have access to female-designated spaces. It's a viewpoint which has been widely condemned, especially by trans community groups and advocates noting the harmful nature of TERF ideology.

And in the wake of Gray's segment with Morgan, Rowling has since vocalised her support for Gray. 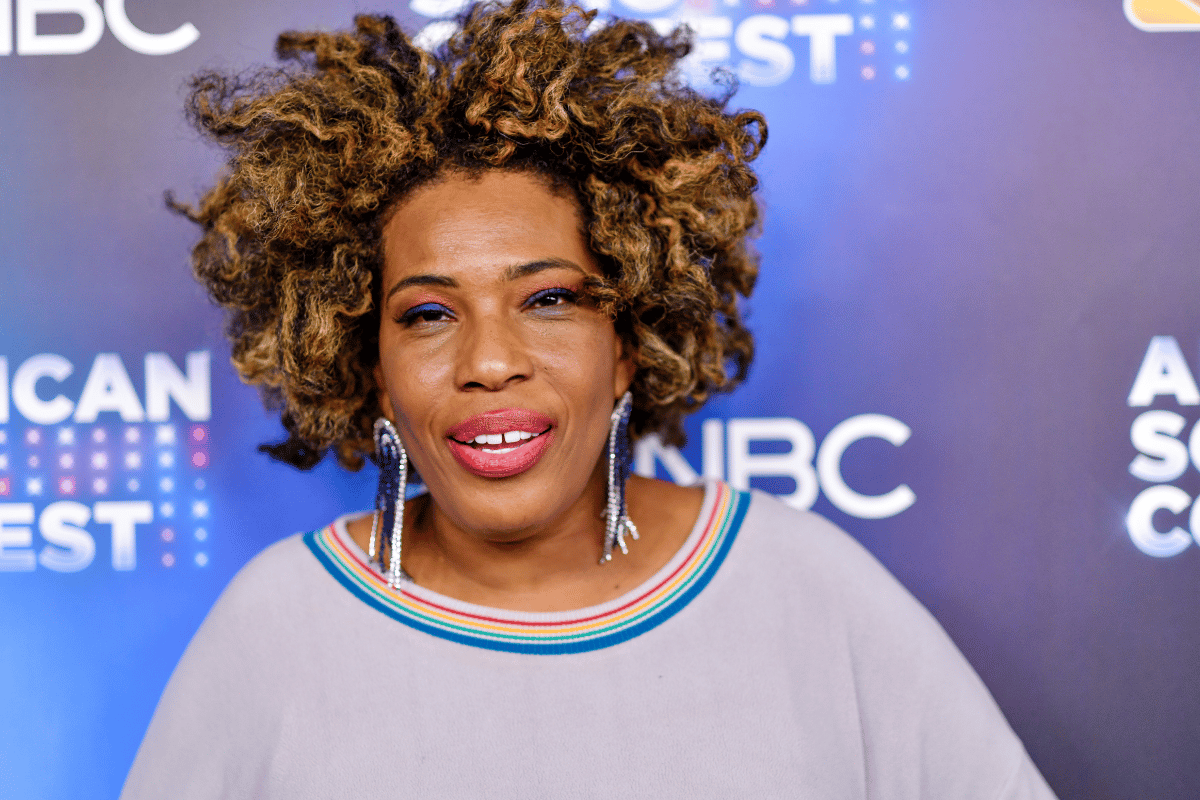 In a tweet, Gray has since said "there is no bigger admirer of (the) LGBT community" than her. "It takes real balls to be honest about who you are."

Sarah Kate Ellis, president and CEO of GLAAD, said that "recent anti-transgender rhetoric" from public figures is "contributing to the dangerous and completely inaccurate narrative that trans people are somehow threatening the overall rights of cisgender women."

She said to USA TODAY: "Women and trans people are in a common fight for bodily autonomy and the right to privacy. Cisgender women, trans people and nonbinary people must stand together against those who seek to divide us."

As the CEO of Transgender Victoria Mama Alto wrote for Mamamia: "We continue to see discussions and 'debates' about minorities and marginalised identities which lose sight of the fact that words matter. Words can change and save lives, and words can do untold damage."

K
katp a month ago

Secondly, unless you are currently checking the genitals of the doctors you see or running DNA tests on them to make sure they are "biologically female", you have been judging them on their gender presentation, not their sex. Which means it will be completely the same if you ever get a transwoman as a carer (you may already have had dozens).

Now you got me wondering! Especially about how many transgender doctors there are in Australia.
Although answer to last q is definitely zero as I've never had a carer of any description.
D
dee dee a month ago

Reply
Upvote
3 upvotes
What is important here is to make the distinction between a conversation and discussion with differing approaches / opinions and the idea of being transphobic.
Woman’s biology and the experience of growing up as a woman is just that. Her lived experience. Macy Gray’s experience of growing up as a woman of colour will have informed her experience of the world.
The issue of biology and gender are fundamental to any conversation about women’s rights and trans rights.
Woman’s biology has been used against them forever. Female genital mutilation, abortion, menstruation ( one of the reasons women were told they could not become fighter pilots for so long ) and so on.
Gender is a far more abstract concept. trans means so much more now than it ever has . Men can identify as a trans woman without having to alter their physical body at all.
In opening up the ideas of gender diversity ( which have always been around) what it means to be female is being held against an archaic stereotype of womanhood . Which is sexist and reinforces those stereotypes which women have fought so hard against.
This debate is important to have without dismissing opposing views as transphobic.
It is really important to acknowledge the very real and very hard struggle of women around the world to achieve some kind of equality, franchise and rights .
Especially where women’s biology has been used as an excuse to entrench rights abuse into law. And further oppress women. Particularly women of colour and those who live in poverty.
What is happening in the US at the moment with abortion rights is peculiar solely to a woman’s biology and people with a uterus.
The laws allowing woman’s rights are all relatively new ( see 40 years ago in Australia where a woman needed her husband or father to sign for a car or house). In many countries women’s rights are virtually non existent.
The progression of trans rights and woman’s rights are not mutually exclusive and in a lot of ways are heavily intertwined.
These issues that are being raised about biology and male space are not being asked of trans men . It is salient to ask the question why is that?
These are not binary issues. They are
complex and steeped in historical context
and the idea of womanhood. There are many nuances and dismissing an opinion that brings up these nuances and historical context as transphobic , means missing out on meaningful discussion .
Don’t think anyone could have a meaningful discussion with Piers Morgan though.
C
cat a month ago

Reply
Upvote
@dee dee surely a "conversation" would meet certain criteria- for example, it would have a purpose, be respectful, and be informed.
This particular scenario doesn't meet any of those criteria, and as you pointed out it includes Piers Morgan. Therefore we could only consider it as being transphobic.
" What is happening in the US at the moment with abortion rights is peculiar solely to a woman’s biology and people with a uterus."
Let's not perpetuate any ideas that men are somehow not involved in conception or the raising of children. Abortion rights are very, very, very relevant to people without uteruses, anyone with the ability to contribute to conception of a child should be personally involved with this issue.
<
<deleted> a month ago