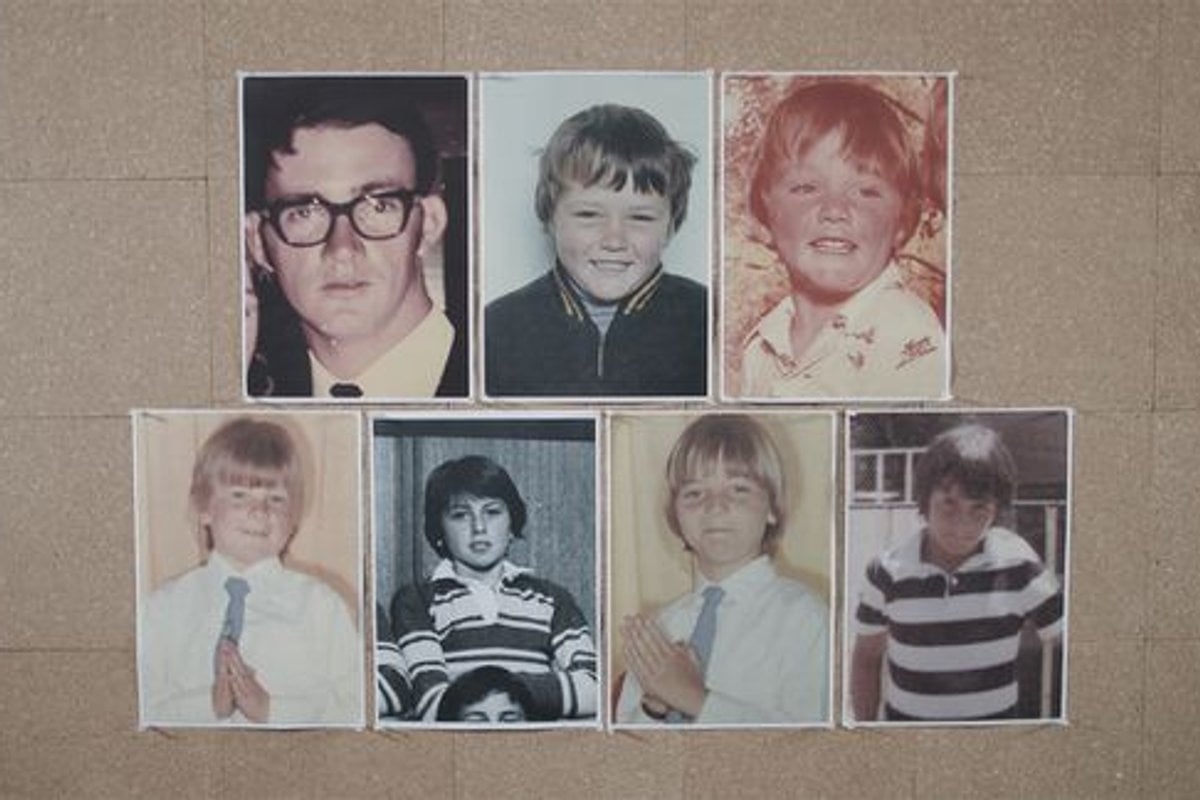 The cooler weather and a transit strike meant the park was less crowded than usual, but there were still plenty of families and group of friends enjoying the park's iconic rides, sharing buckets of hot chips, and hastily licking melting ice-cream cones.

The ghost train was always the most popular ride in the park. Most people who went to the park rode it at least once.

And that night was no exception. Group after group piled into the train's cars and rode through the spooky ride which was by then over 40 years old.

At around 10pm, one group of friends noticed real flames coming from a fake fire about three quarters of the way through the ride. They finished the ride and left, thinking nothing of it. The next group through saw flames rising up the wall in that section of the ride.

Then the screaming began.

Within minutes a huge section of the ride was engulfed in flames. By the end of the night six young boys and one father were dead.

While the fire was later declared an accident, ABC investigative reporter Caro Meldrum-Hanna and her team are looking into what really happened that night in the new series EXPOSED: The Ghost Train Fire.

Watch the trailer for EXPOSED: The Ghost Train Fire. Post continues below.

That weekend the Godson family travelled from Warren, a country town located in the Central West region of NSW, to Sydney for a much anticipated family holiday.

The family of four – dad John, mum Jenny, and their two young sons Damien and Craig – were late arriving to ‘The Big Smoke’, after the train drivers’ strike forced them to take a series of buses for what is usually a six-hour journey.

But once they arrived in Sydney, they made the most of their time, travelling around the city seeing the sights.

On June 9, their final day in Sydney, they spent the day wandering around Taronga Zoo, in the leafy, North Shore suburb of Mosman.

After their fun-filled day, they headed back into the city for dinner, before turning around and travelling back across the harbour towards Luna Park.

While waiting at Circular Quay for a ferry to take them across the harbour to Luna Park, the Godson family were approached by a Satanic-looking figure. A tall man wearing a horned mask and a leopard print loincloth. The figure stood behind six-year-old Damien, placed his hand on his shoulder, and someone took a photo.

The family then boarded the ferry headed towards Luna Park.

Once they arrived at the park, the boys enjoyed ride after ride and when it was eventually time to leave, they discovered they had four tickets left—enough for one more ride for the whole family. John and Jenny asked the boys what they wanted to do, and they said they really wanted one more go around the park’s infamous Ghost Train.

“We asked Damien and Craig what ride they’d like to go on again,” Jenny Godson told Woman’s Day. “They chose the Ghost Train. Little did I know…”

At this point, Godson was overcome with a craving for ice cream – something she didn’t normally eat – so she told John and the boys to wait for her and she would meet up with them shortly.

“For some reason, suddenly I felt like an ice cream. I asked the others if they wanted one, but they said no. I asked them to wait for me, but when I turned around they were gone,” she said.

When Godson returned from getting her ice cream, she saw smoke pouring out of the Ghost Train. John, six-year-old Damien and four-year-old Craig were nowhere to be seen.

Luna Park staff were ushering people off the ride as quickly as they could, but seven people did not make it out alive that night.

Among them was John, Damien and Craig.

“I don’t know why they didn’t wait for me, as we’d been on every ride together that night. It still haunts me to this day. Something spiritual took over. Divine intervention? For some reason, I was not meant to die that night,” Godson told Woman’s Day.

The other victims were Richard Carroll, Jonathan Billings, Seamus Rahilly and Michael Johnson, four students from Waverly College. The boys, who were just 13, had spent the day playing rugby and attending church, before travelling by ferry to the park by themselves for the very first time.

At the time, survivors spoke of seeing walls of flames – at least four metres high – surrounding them on the Ghost Train.

“The car nosed through the doors and we could see 4m flames all around us,” Frank Juhassi told the Daily Telegraph.

“We were seconds away from death.”

Emergency services rushed to the scene, but due to water supply issues, it took longer than expected to get the blaze under control.

When firefighters finally managed to extinguish the inferno, they discovered the remains of the three members of the Godson family – huddled together in one of the tunnels.

In another section of the ride, the remains of the four friends from Waverley College were found. Their friend Jason Holman was pulled off the ride at the last minute.

While newspapers at the time called him the "luckiest boy alive", Holman tells EXPOSED that he's lived with terrible survivor's guilt for the past four decades.

"My friends, engulfed by flames, died in front of me. Why did I survive? Why me? I ask myself that question nearly every single day," he says in the first episode.

Australian artist Martin Sharp, who repainted the iconic Luna Park face in the mid-70s, never believed the fire was an accident.

He started collecting documents and files and later befriended Holman and Godson. When inquiry after inquiry brought no answers, the three friends became determined to solve the mystery themselves. Then Sharp passed away in 2013. His research has now been passed onto Caro Meldrum-Hanna and the team behind EXPOSED.

Godson and Holman hope the documentary will finally bring them some answers, more than four decades on since they lost their love ones.

"I've been trying… to get justice for my friends and their families," Holman says.

"A terrible, terrible accident. That's what they said. But was it?"

EXPOSED: The Ghost Train Fire premieres on the ABC on Tuesday, March 16, at 8:30pm.