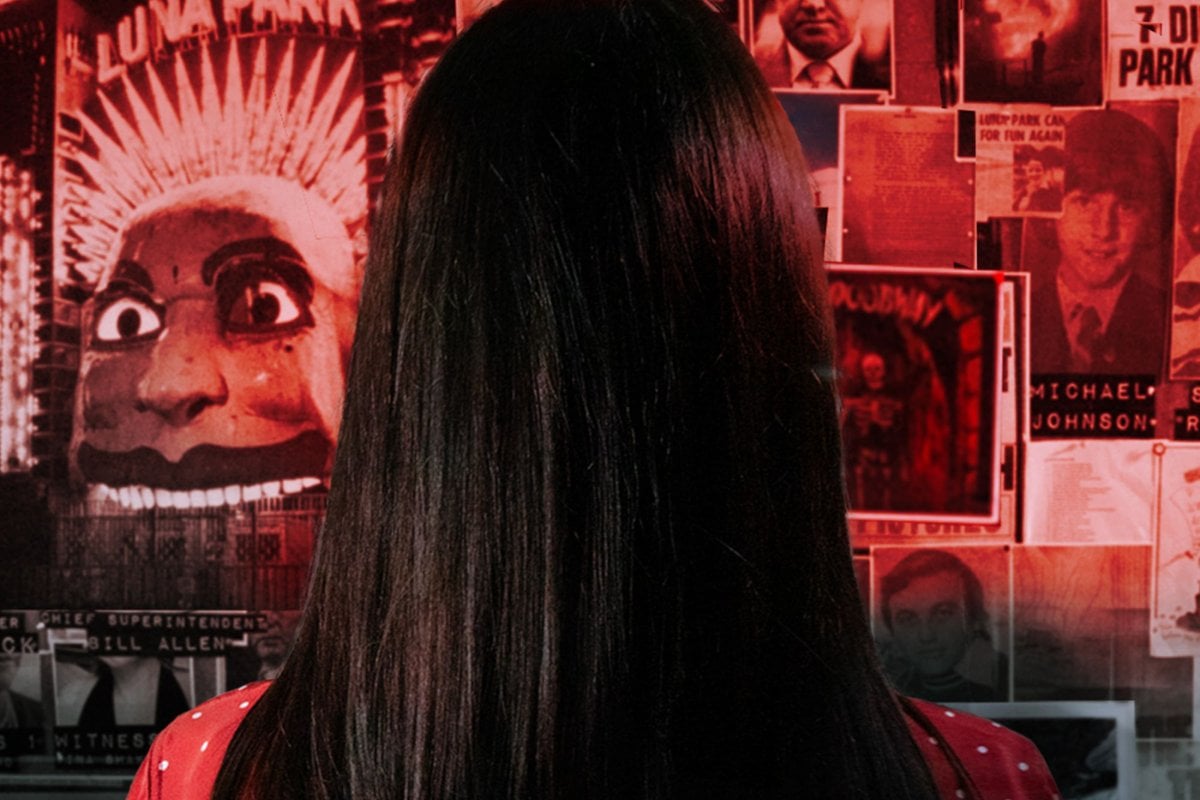 The fireplace was one of the less remarkable features of Luna Park's famous ghost train. A crude imitation hearth, with red and yellow streamers that were whipped about by a small fan.

But on the evening of June 9, 1979, that fireplace looked and felt different. More realistic. One curious rider even reached out toward it as her carriage lurched past. She felt a heat so intense that she snatched her hand straight back.

Within minutes, flames were licking up the ghost train's walls, tearing the ride down from within. Carriages emerged empty, burning.

Several passengers escaped, screaming, kicking down walls. Staff rushed in to guide others out of the dark labyrinth, braving the flames and thick smoke.

Watch: Caro Meldrum-Hanna investigates why justice has not been done for victims' families.

Despite multiple inquiries, no one has ever been held accountable for what happened that winter night in 1979.

But an 18-month investigation led by Walkley-winning journalist Caro Meldrum-Hanna has uncovered compelling new information about the blaze and prompted calls for a new probe.

Exposed, which aired over three episodes on the ABC in March, was built on roughly 80 on-camera interviews and 250 phone and research interviews with survivors, witness, experts, judicial figures and police.

Speaking to Mamamia's True Crime Conversations podcast, Meldrum-Hanna stepped through some of the key findings.

Half a day after the ghost train fire, while the ruins were still smouldering, NSW Police Detective Inspector Doug Knight fronted the media and declared the blaze to be the result of an electrical fault.

It was a remarkably quick conclusion.

"All of these things, at the bare minimum, you've got to do before you could ever come to a conclusion. So that [conclusion] within half a day? There's your alarm bell going off." 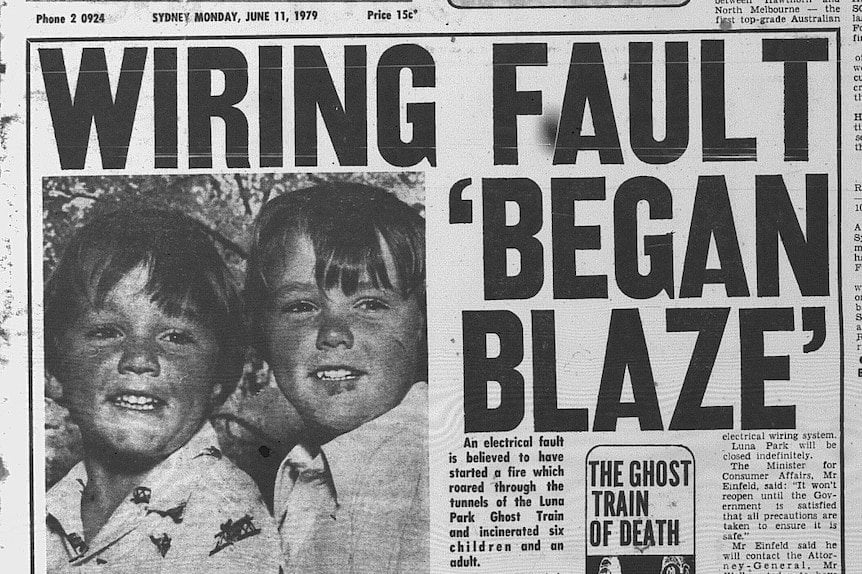 Damien and Craig Godson were among those killed in the fire. Image: Nationwide News.

Exposed examined photographic evidence taken by people present at Luna Park that day that show the ride's electricals were still functioning at the height of the fire. Likewise, photos of the aftermath captured the fuse box (the source of the blaze, according to Doug Knight) looking relatively pristine: still standing, porcelain-white fuses, no melted wires.

Also called into question is the police handling of the scene.

While normal procedure would see the area cordoned off for forensic examination, potentially for several weeks, the wreckage was bulldozed and removed within hours of the fire being extinguished.

Doubt over the coroner's theory.

A coronial inquest was held nine weeks after the blaze at the ghost train (also remarkably quick, according to experts consulted by Exposed).

While no formal determination was made about the source of the fire, the coroner speculated that a discarded cigarette butt could have caused it.

Yet there's no evidence to support that suggestion.

There were several signs declaring there was no smoking on the ride. And no passengers reported seeing anyone with a cigarette or smelling cigarette smoke.

It was also deemed implausible by fire experts, who argued that conditions weren't conducive to a cigarette butt starting such a significant blaze.

There was, however, compelling evidence pointing to arson. Evidence that Exposed alleges was overlooked and, in some cases, deliberately suppressed.

Kerosene, bikers and signs of arson.

Exposed spoke to several people who were either riding on or working at the ghost train that night and said they smelled kerosene near the fake fireplace — the apparent ignition point of the blaze. A fact they reported to police.

"There's Doug Knight telling us 'electrical fault, no suspicious circumstances'. Meanwhile, behind closed doors, over at the police station, there are these kids telling police 'we smell kerosene where the fire started'," Meldrum-Hanna said. "And they tell us we were fobbed off, [the police] didn't do anything with it."

Nor did police thoroughly pursue reports from multiple people about a group of men, dressed like bikers, standing near the ghost train around the time of the fire.

Their physical descriptions of the men were consistent, right down to the type of earring one wore in his ear, the colour of their jumpers, the location of the zipper on their boots, and more.

The Luna Park Ghost Train fire remains a mystery after four decades. Now, the #ExposedABC investigative series has tracked down new witnesses who have evidence pointing to arson. What did they see and hear?

One witness told police in his official statement, "I heard one of them say, 'I spread the kerosene out, and I lit it with a match.' Another one said, 'You’re a fool for doing it.' They started running towards the exit."

Another told Exposed, "I heard one of them say, 'You shouldn’t have done that' — or something very similar. Another one said, 'Come on, let’s split.'"

Speaking to Exposed, several witnesses who reported evidence of possible arson alleged that they were pressured by police to change their stories, stay silent, and/or weren't summoned to give evidence at the coronial inquest.

And things only get murkier from there.

Underworld figures, and allegations of corruption.

The culmination of Meldrum-Hanna's comprehensive investigation is the links established between the blaze and infamous Sydney underworld figure, Abe Saffron.

Saffron, who died in 2006, supposedly coveted the lease of the Luna Park site because it represented a lucrative development opportunity. It was widely rumoured that he orchestrated the ghost train fire to trigger the eviction of the current tenants.

And indeed, as Exposed reported, the company that won the tender from the NSW Government in the wake of the fire was run by Saffron's relatives and 100 of his arcade gaming machines were used on the site.

So why was justice not done?

Exposed also aired allegations that Det. Insp. Doug Knight was corrupt; a known "fixer" for criminal figures. In fact, the series heard corruption claims about multiple police and political figures involved in the investigation, lease approval process, and subsequent inquiries, suggesting that the protective ring around Saffron went "all the way to the top".

These allegations of arson, corruption and coverups have led to mounting calls for a fresh enquiry into the fire, in an effort to set the record straight and bring closure to victims' families.

Listen: Caro Meldrum-Hanna shares more behind the scenes of her investigation into the ghost train fire.

Exposed: The Ghost Train Fire is available to stream on ABC iView.