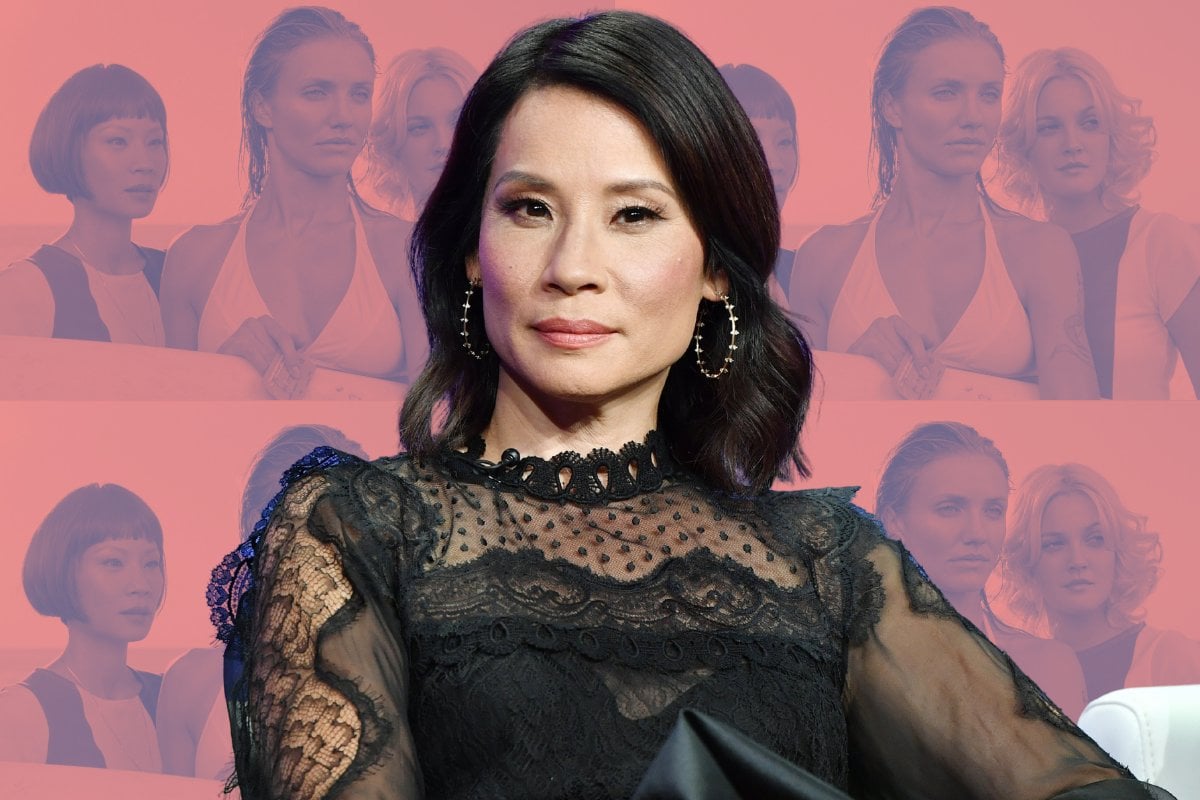 Lucy Liu was travelling on the subway in New York City when a chance encounter with an agent changed the entire trajectory of her life.

Now 52, Liu is one of the most famous faces in Hollywood.

But it hasn't always been an easy journey.

In a new interview with Women's Health this month, Liu reflected on her time in the spotlight, admitting that she was initially naïve about the world's perception of her when she first started acting.

"When people started to label it as 'dragon lady' or 'geisha' or whatever — I had to look up 'dragon lady,'" she shared.

"I literally was like, 'What is this? I don’t even know what that means!'"

Now, years later, Liu has no desire to adapt her life to please others.

It's not the first time Liu has opened up about the challenges of navigating Hollywood as an Asian-American actor.

After being "discovered" on the subway, Liu began freelancing with a number of agents, who worked to secure her roles in commercials, theatre, television, and film.

"Everyone was willing to have me on their roster, but not commit to me because they didn’t know, realistically, how many auditions I could get," Liu told Variety, reflecting on the early years of her career.

"The challenge from the beginning was just the diversity and 'We don’t really know what to do with you' and 'There’s not going to be a lot of work for you.'"

In an interview with The Sydney Morning Herald last year, Liu described herself as being a "black sheep" in Hollywood during the beginning of her career.

"I think I was just too naïve and didn't know what was ahead of me or what I was going to be up against," she admitted.

"I had some idea when I got to LA, because a friend of mine would have 10 auditions in a day or a week and I would have maybe two or three in a month, so I knew it was going to be much more limited for me.

"I think when you are somewhat the black sheep, you don't really have anything to lose, because they are not necessarily looking for you. So you may as well go for it!"

From 1990 to 1997, the actor appeared in a number of small film and TV roles, including her big-screen debut in the Hong Kong film Rhythm of Destiny.

Then, in 1998, Liu landed her biggest role yet as Ling Woo in Ally McBeal. Initially, Liu's role on the show, which was created especially for her, was temporary.

But after high audience ratings, the character became a permanent fixture among the cast, earning Liu a Screen Actors Guild Award nomination for Outstanding Performance by a Female Actor in a Comedy Series. 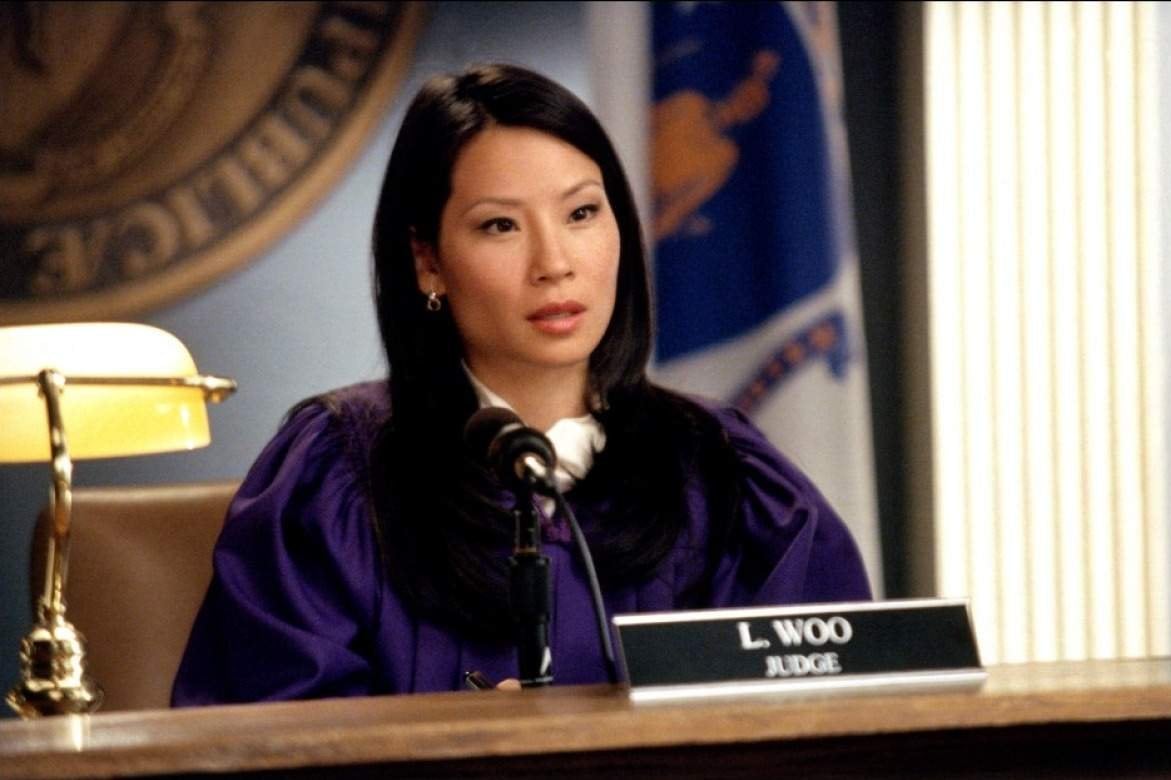 At the time, Liu's character was cited as the most famous representation of Asian women on television in the United States.

After Ally McBeal, Liu was drawn to the world of action.

With a background in the martial art kali-eskrima-silat, Liu made a name for herself as Pearl in Payback, Alex Munday in Charlie's Angels, and O-Ren Ishii in Kill Bill.

But while Liu gained notoriety for the roles, she was accused of adhering to the "dragon lady" stereotype that Asian women are often typecast into.

"What's up with all the martial arts stuff? Why is she playing a bad guy, and why is she dressed up like a geisha?'' journalist Anne Kim said at the time, according to The New York Times.

"If Renée Zellweger was playing this role, I'm sure she wouldn't be referred to as 'dragon lady,'" Liu responded.

"It’s a very strange place to be. You’re not Asian enough and then you’re not American enough, so it gets really frustrating." 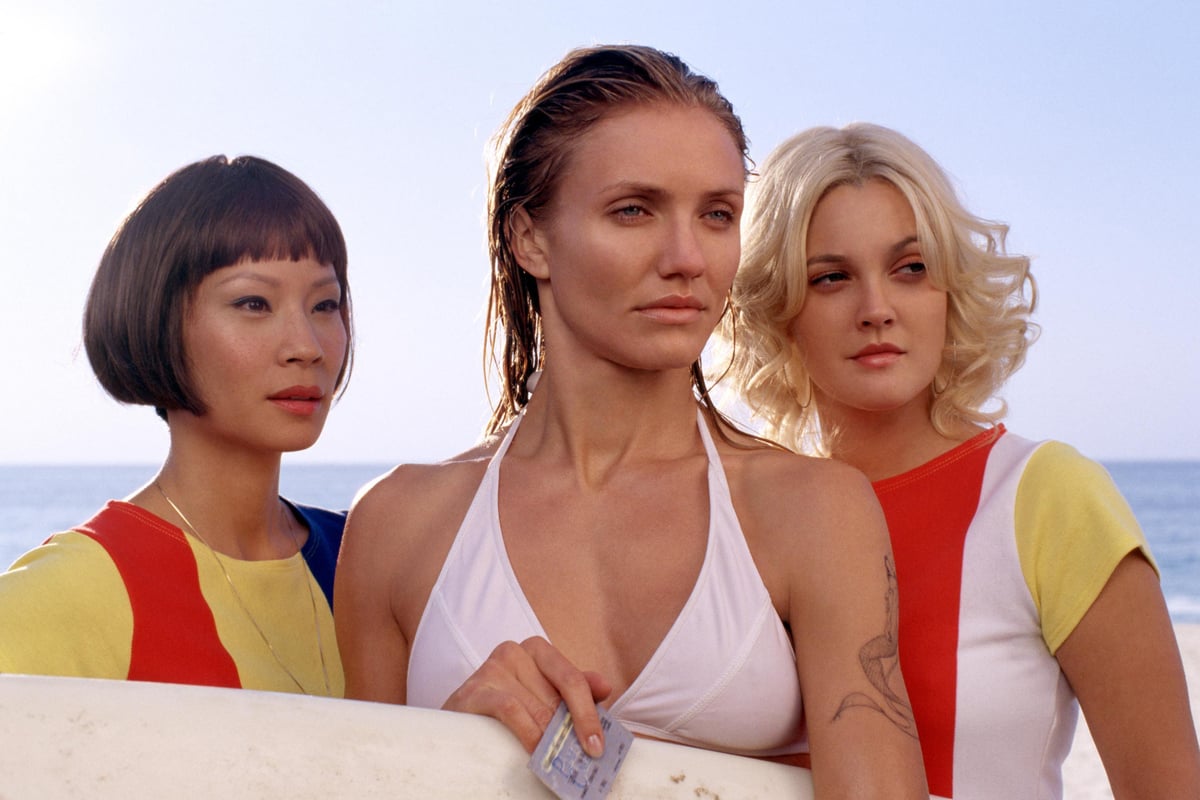 Liu was also criticised for the same reasons for her role in Ally McBeal.

"People would criticise the role of Ling Woo as somebody who was considered stereotypical because she was strong and had an opinion," Liu told Woman's Day.

"They would label her a Dragon Lady... They needed to find some kind of Asian stereotype to categorise her as, and I felt that was very disheartening."

Outside the criticism, however, Liu was making waves in Hollywood.

In another barrier-breaking moment, Liu was cast as Dr Joan Watson in Elementary in 2012. The gender-bending role, which lasted for seven seasons, involved Liu playing the female version of Sherlock Holmes' sidekick, Dr John Watson.

More recently, Liu has appeared in shows including Difficult People, Animals and Women Who Kill. 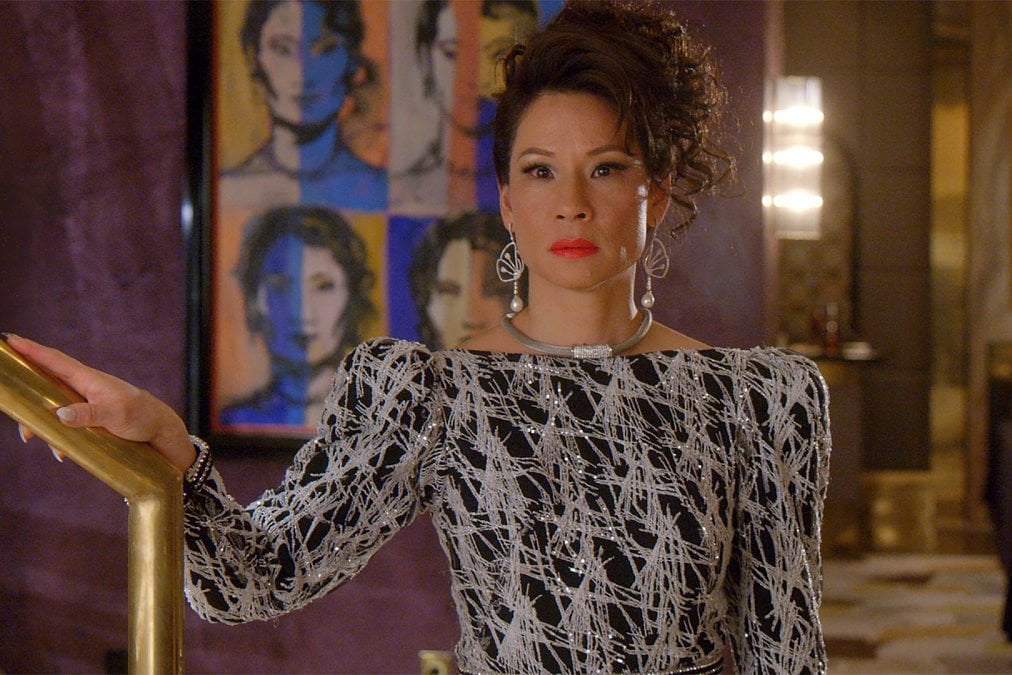 Although Liu acknowledges she has come a long way in her career, the challenges from the early days of her time in Hollywood haven't completely disappeared.

"As much as things are starting to progress and change, it’s still kind of a question mark. 'This person can’t be the mother of this kid because she’s Caucasian,'" she told Women's Health.

"In the theatre I think it’s a little more acceptable and they have that ability and nobody really questions it, but I think television is still committed to what’s traditionally seen as families."

As for her personal life, Liu has never spoken publicly about her relationships.

In the past, the actor has been engaged to director and screenwriter Zach Helm, and linked to actor Will McCormack and businessman Noam Gottesman. 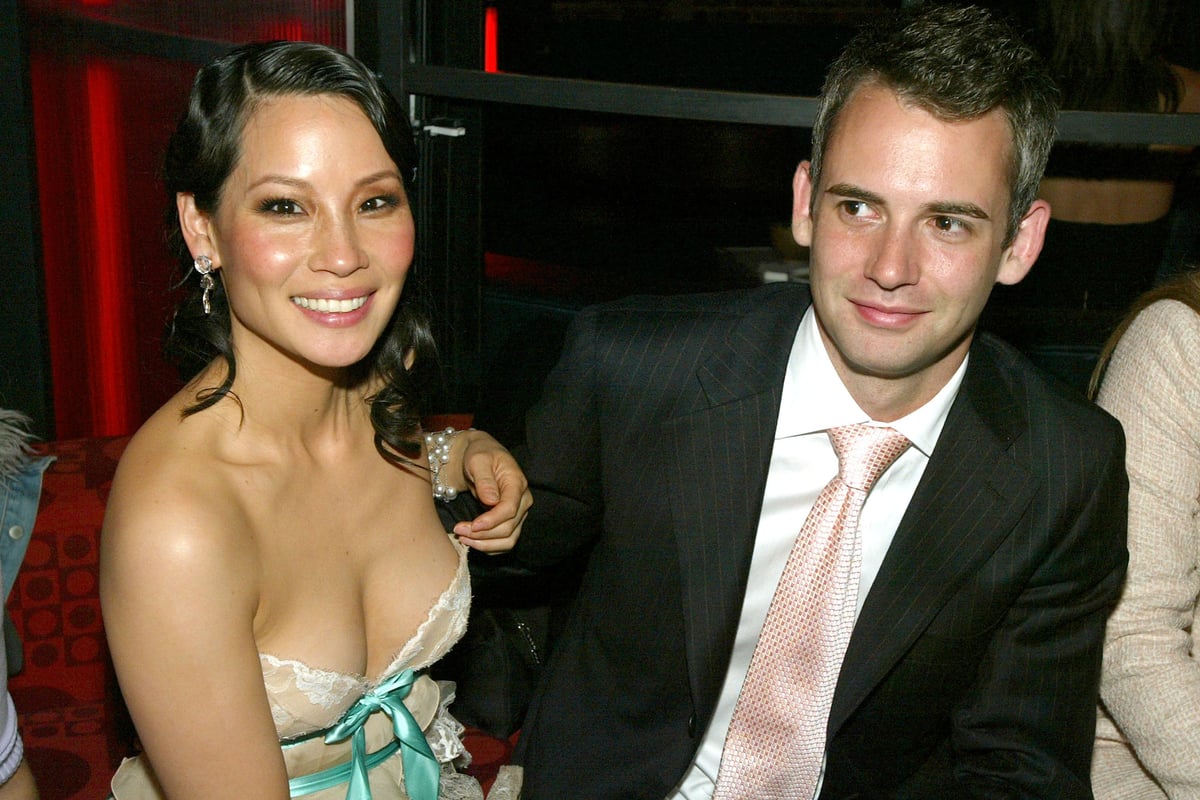 "I've always been very private and I fly under the radar as much as possible," she told The Sydney Morning Herald.

"I do that in a very specific manner. I don't bring people I'm dating to any public event because it's a big responsibility that I'm not sure anyone wants."

In 2015, the Elementary star became a single mother by choice when she welcomed her son, Rockwell, via a gestational surrogate. 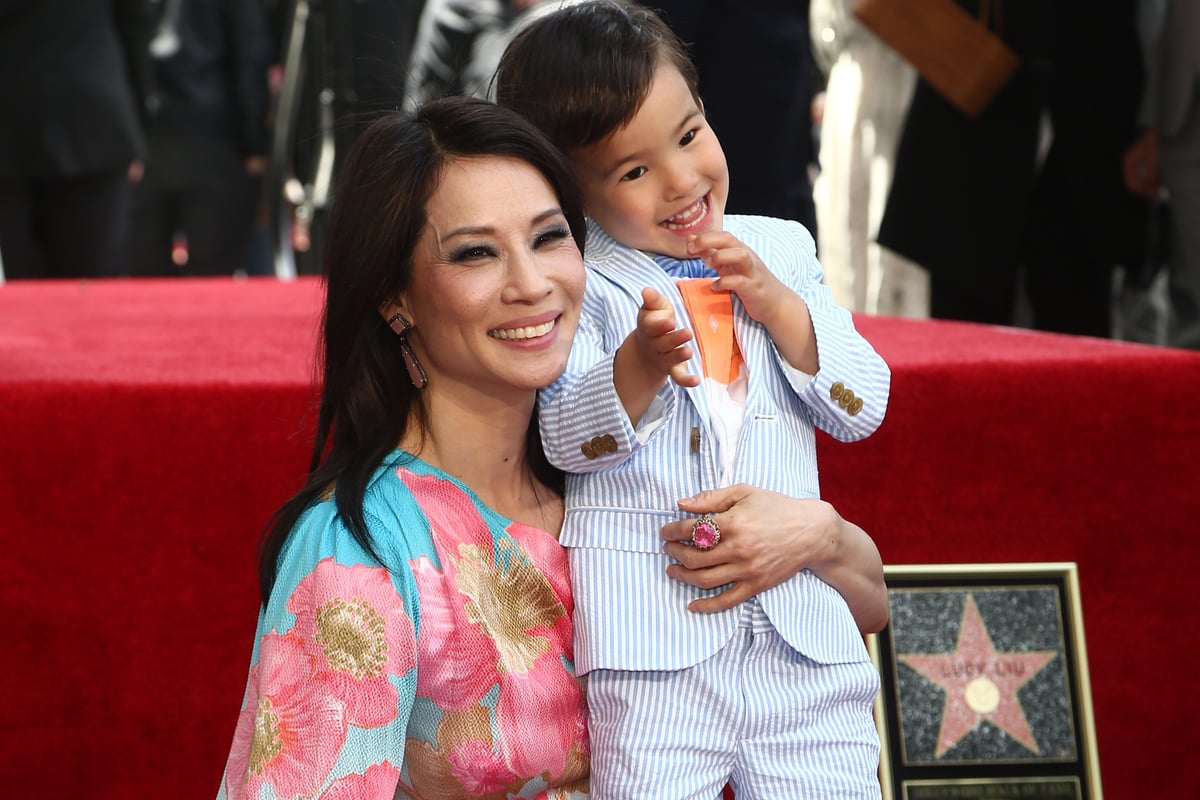 Lucy Liu and her son Rockwell Lloyd in 2019. Image: Getty.

"Motherhood has completely turned my world upside down in a positive way," she shared after the birth of her son.

And while many question whether she will ever marry, life, for Lucy Liu, is not about ticking boxes.

"I do what I want according to how I feel," she told Women's Health.

"I don’t have to fall into a social norm of, 'Now you’re going to get married.' When it’s right, it’s going to be right. But I’m not going to do it for the sake of doing it. Marriage is not on my bucket list."