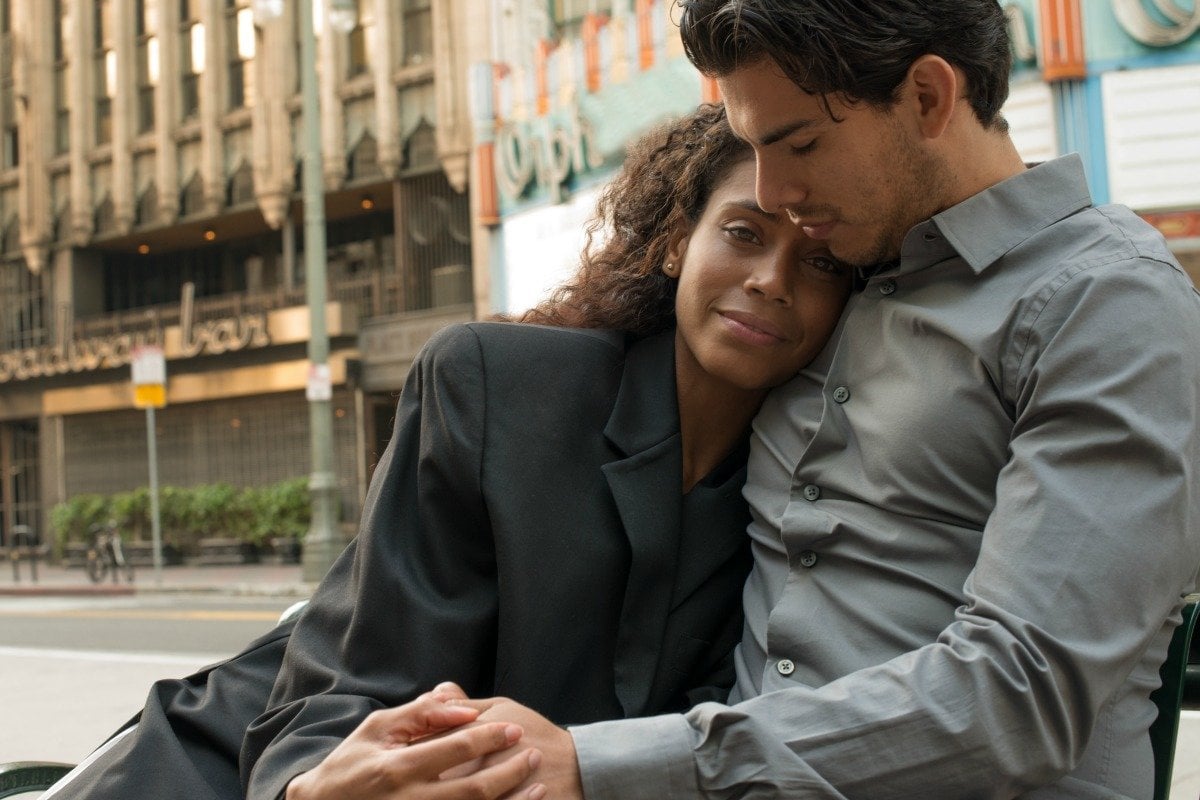 I’d never heard of love bombing in my 20s.

When I met my (former) husband I was charmed by how romantic he was. We met online and from the first conversation he opened up on a deep level, wanted to know me, and made me feel like the only girl in the room, even though we were in a virtual one.

“You can ask me anything. I’ll answer honestly,” he messaged. “Like a 20 questions kind of thing.”

I’d just broken up with my boyfriend of a year. I wanted a wedding and kids; I was heading towards my mid-20s and he wasn’t the guy. We both knew it. There were no hard feelings. We were friends before we dated and never really in love, but he filled a space in my life. We’d had a lot of fun together and now I was lonely.

When this new charming man entered the scene, it got serious quick and filled the gaping hole my boyfriend left. We called each other every night and started to talk about the big issues. Marriage came up before we’d even met.

He lived across the country from me and it took him a few months to save up for his flight. In the meantime, he upped his wooing by sending me daily handwritten letters (who does that?). He often tucked little gifts and poems inside the envelopes too. He made sure I felt special and told me every night how much I meant to him.

Even though it felt scary as hell falling for a guy I hadn’t met yet, I couldn’t help myself. 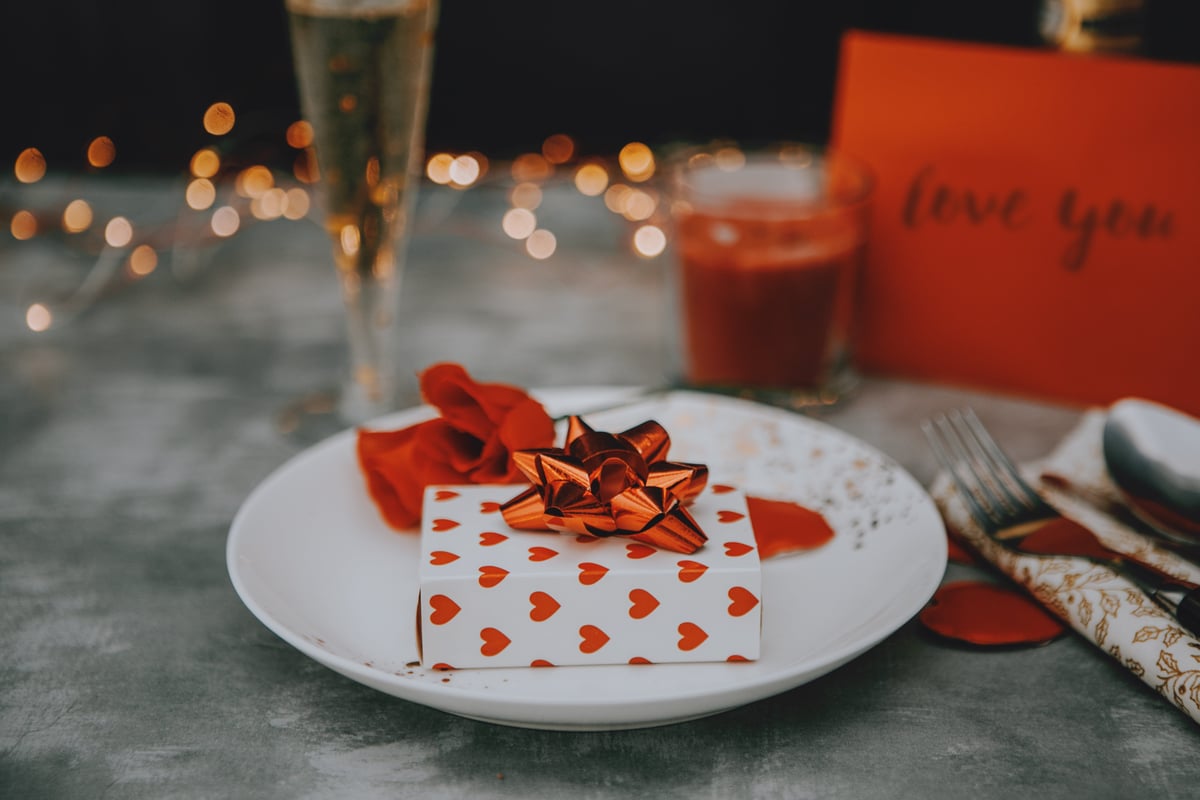 He was full of romantic 'rom-com' gestures and I couldn't help myself. Image: Getty.

When we met the romance increased. He arrived with roses. We took romantic walks, ate out at expensive restaurants, and the gifts, cards, and poems became a weekly prescription. I swallowed it all down. I was addicted. Whenever I had to leave him I felt like I was being ripped down the middle. All I could think about was being back by his side again, showered in his love.

Sometimes the romantic gestures felt a bit contrived. I pushed the feeling down but I often wondered, “Has he just copied a scene from a rom-com?” There was something fake or cliche about it. The day he filled my bathroom with candles and flower petals I laughed. “It’s so cliche romance!” I said.

He pouted. “I spent ages doing that.” And I immediately regretted saying anything.

What a b*tch. It’s not like I was doing anything romantic back and here I was criticising it. But something was starting to feel off.

Every week, we celebrated another milestone in our relationship. Then at the six-month mark he surprised me with a beautiful dinner out and a proposal under the stars.

I didn’t hesitate. We’d been talking about marriage before we even met. He’d said our relationship felt pre-arranged by God and, desperate for it to be true, I bought it.

There were issues creeping into our relationship: he lost his job, he was depressed often, and a back-pile of bad debt had emerged. But I pushed all my worries down and basked in the brain-numbing dopamine of new love.

The first few months of marriage were incredible. I boasted to my friends about how romantic my man was. They complained about their husbands missing anniversaries and Valentine's Day, and I puffed up with pride. 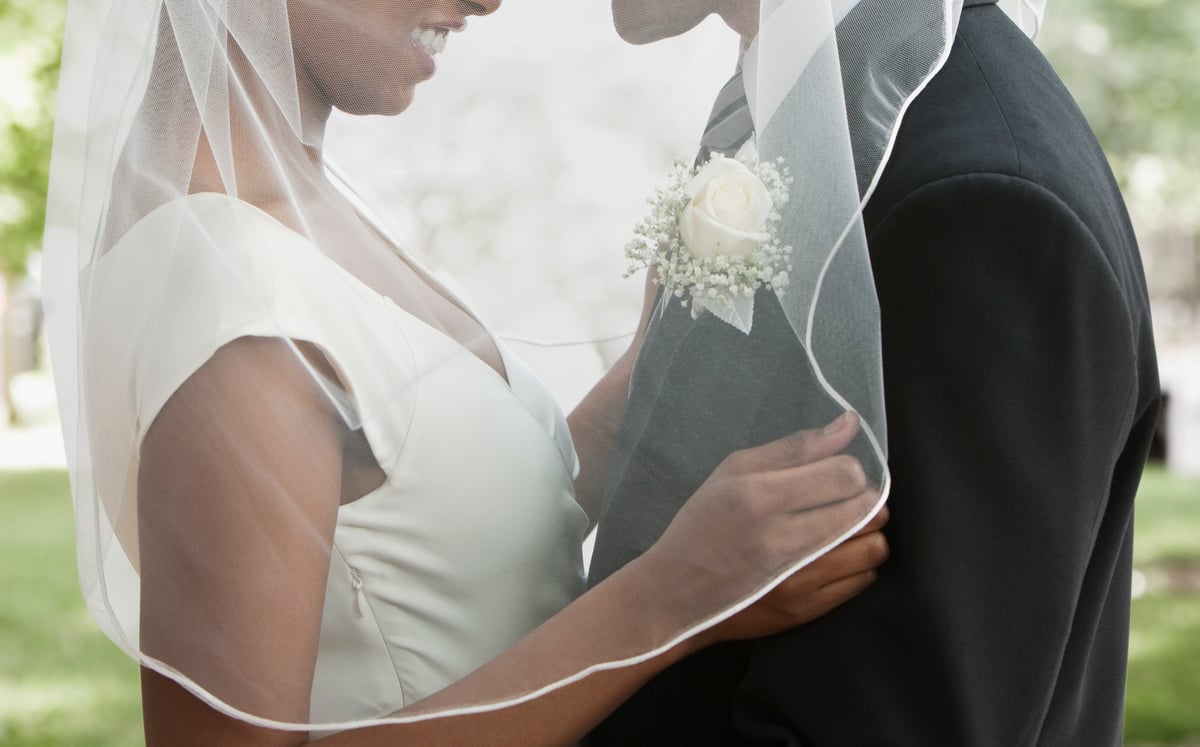 After the wedding, the love-bombing continued, and then it suddenly stopped. Image: Getty.

We were still celebrating monthly milestones with dinners out and sweetly worded cards. I was regularly coming home to gifts and notes.

But then it all stopped.

I blamed myself. Perhaps I’d made it too obvious that I found some of it cheesy and insincere? That would put anyone off making an effort.

Pretty soon, I found myself wondering what happened to the honeymoon period everyone talks about. Something had switched. There were no more sweet poems and thoughtful gifts. We’d been married less than six months and all we did was fight.

What is love bombing?

In my 20s, I thought love was meant to be over-the-top and like it is in the movies. I liked how it felt to know 100 per cent that he loved me. When it stopped, I was confused.

Love bombing is the term used when someone tries to manipulate you by overwhelming you with affection, loving words, and actions.

“It’s often used to win over your trust and affection so that they can meet a goal of theirs,” Shirin Peykar, MA, a licensed marriage and family therapist, told Healthline.

But don’t we all do that? When your goal is to find love you try to win people over by being kind and giving them compliments, right? Some people are simply big romantics too. The flowers and poems might be their way of showing you how much they like you without any manipulative intentions. Gift giving and words of affirmation are love languages for some of us.

The problem with love bombing is its manipulative nature. Once the love bomber gets their prize, they stop showering you with love and attention and often switch to more worrying behavior. It’s a tactic sometimes used by people who later become abusive in relationships.

How can you tell if you’re being love bombed?

Look at the big picture. Is their overall behaviour adding up to something that’s making you feel wary?

Love bombing can leave you feeling love drunk. But like it did for me, can also leave you feeling uneasy. Don’t let them rush you. That’s a manipulation tactic. Slow everything down and give yourself space and time to think. If they can’t respect taking things slow, it’s a big warning sign.

What to look for in real love?

It’s hard to trust love again after being love bombed. You feel on edge and question every guy’s motives. It helps if you know what you’re looking for in a new relationship. Real love looks different to love bombing.

Real love builds slowly. It takes its time. Infatuation and attraction are fast and heady, but they’re not enough to build a future on.

Real love makes you feel comfortable. It respects your boundaries.

Real love is not a movie-like whirlwind. It’s gentle, patient, and kind. It’s not as exciting as love bombing, but it’s so much better.

This article was originally published on PS I Love You and republished on Mamamia with full permissions. You can read more from Katherine Hart here.

The feature image used is a stock photo from Getty.

Reply
Upvote
Talking about marriage before you even met was a giant red flag. Kind of just sounds like two people equally invested in getting married rather than developing a real relationship.
mamamia-user-459038664 14 days ago

Reply
Upvote
Both of my ex husbands were love bombers. At first, I felt like I was in a magical fairytale. Until I wasn't. Then, for a very long time afterwards, I felt as if there must have been something very wrong with me. I know now in hindsight that there was not. Love bombers put in a lot of effort to try and snare their prey. Then, when they believe they've snared their prey, they just can't be bothered anymore. Often they start looking for new prey by then.
News
General
Opinion
True Crime
Politics
Sport
Explainer
Entertainment
Celebrity
Reality TV
Movies
TV
Books
Rogue
Royal
Lifestyle
Beauty
Fashion
Weddings
Home
Wellness
Health
Fitness
Travel
Food
Parents
Before The Bump
Pregnancy
Baby
Kids
Teens
School
Parent Opinion
Work & Money
Money
Finance
Career
Lady Startup
Relationships
Sex
Dating
Separation
Friendship
Family
Real Life
Couples