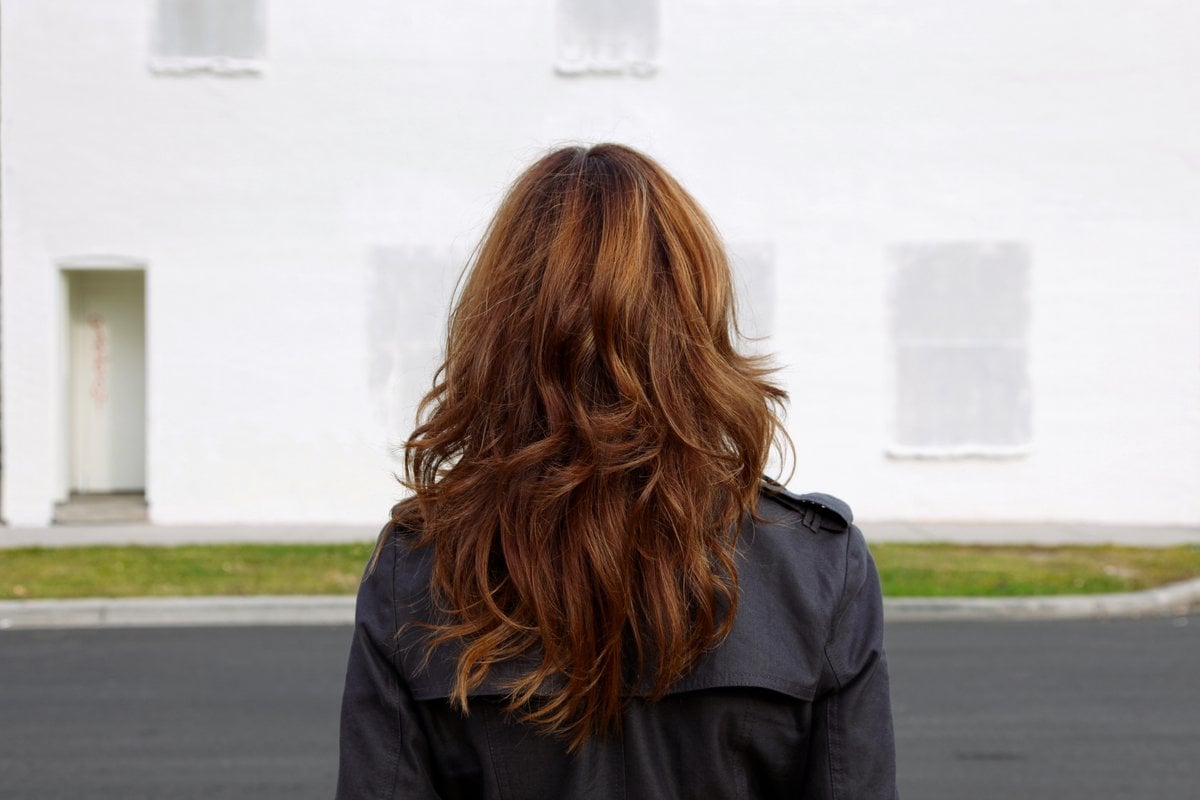 I was a teacher and Kay* had two young girls, one of whom was in my class.

We became friends towards the end of the school year and started hanging out on weekends and after school. Her children began to call me 'Aunty'.

Kay's partner at the time (and the father of the girls) worked away a lot, so we started having sleepovers so I could help out with the kids.

I never thought anything about it at the time; we were just best friends.

The day we first kissed was a day I will remember forever.

I was sick and had taken the day off school.

I had my cold and flu tablets, my throat lozenges and my box of tissues, and I was set for a day on the couch. Kay came over to watch movies.

I had never been in a relationship with a woman before. I was not expecting it at all, but we kissed. And from that moment on, that was it. We were together.

We tried to stop, as she was still with the girls' dad. But it was so difficult. Eventually, she told him, and boy did it get messy...

He made life very difficult for quite a while. And to be honest, I don't blame him.

I do regret how we started, and I am forever sorry for the pain we caused. Kay moved out of the house and got a place of her own.

He made it very clear that I was to have no contact with the children. For six months, it was so hard.

Eventually, though, I was allowed to see the girls.

They were now five and three years old. Being a teacher meant I had school holidays off so I would have the girls for the holidays and do things with them while their mum worked.

I lived for these days. When the youngest one started school, I helped with homework, made lunches. Whatever they needed me for, I was there.

About six months later we all moved in to a house together and my love for everyone just increased day by day.

I would do anything I could to make them smile. It was wonderful.

But then something changed.

Kay was going out late on weekends and coming home at all hours of the morning (I was home with the girls). Everything was all about this one person from work.

I said right from the beginning I didn't trust her. But I trusted Kay, so I went out for drinks with them a few times but Kay went by herself most of the time.

One day, at the beginning of October, Kay came home from work. I was sitting on the front verandah while the girls rode their bikes up and down the street.

Kay said that this girl from work had messaged her saying she had feelings for her. I told Kay that enough was enough, and she needed to stop talking to her.

I honestly don't know whether she did or not... the next few months are still quite a blur. The late nights got more frequent, the secrets started.

Kay moved into the spare room so that she 'didn't wake me when she came home at 3am'. I just clung to the girls during these months and spent all the time I could with them.

I remember Christmas day we went away with her family who had come to visit.

We dropped the girls off at their dad's place and then went to the hotel. When we got there, our room had two single beds.

Kay turned to me and joked: "Even the hotel knows we aren't sleeping together."

It broke my heart. It wasn't until Kay forgot my birthday in January that I knew enough was enough and decided to move out.

Luckily I had a house which I rented out so I gave my tenants notice and counted the days.

At first, I thought things were going to be ok once we separated. But I was wrong.

About three weeks after I moved out, my grandad got very ill, and the family called me to say I needed to get on the next flight home.

I called Kay (she was my go-to person) and she told me to come and stay the night with her and she would drop me to the airport.

I got a false sense of hope and went over. That was the last night we ever slept together.

Although she was there for me over the weekend when my grandad, unfortunately, passed away I knew it meant nothing because when I came back she was so distant.

I later found out that this other girl had been regularly visiting the house. I know what happened from here on in is my fault but...

The girls used to call me and ask me to come and get them when Kay was angry. They would call me to talk about anything and everything. They were now nine and seven years old.

Kay didn't like the fact that they were calling me so often, so she blocked me from their iPads so they couldn't contact me.

I would try to call her to speak to them but she wouldn't answer. I would ask to see the girls and she told me no.

I had no rights, I wasn't their legal guardian. No matter how much I tried I kept getting told no. It was clear that Kay had moved on and I wasn't allowed to be a part of their lives anymore.

I sent them Christmas presents, birthday presents and they got thrown in the bin. No matter what I did, I wasn't allowed to speak to them. I followed friends to try to see photos of the girls and got blocked and deleted from their accounts too.

It is honestly so hard. I am grieving the loss of two girls who are perfectly healthy and alive, I'm just not allowed to see them.

I helped raise these girls for three years and spent 80 per cent of their time with them, day in and day out. I honestly feel like a part of me has gone.

I have just started to think about having kids of my own... but the more I look into it, the more scared I get.

Because how can I love anyone like I loved those girls? How can I even open my heart to more babies? I know how much my heart is capable of loving now, because of those two girls, and I didn't even give birth to them.

Kay and I broke up two years ago. And there still isn't a day that goes by where I don't think of them.

As time goes on, I cry less but I still have my moments. It still breaks my heart. I still can't walk through the girls' section of a clothing shop without finding something that I know they would like.

It is a horribly lonely road, with no support. I hope that by sharing my story I can help someone else who may be in the same position... surely I can't be the only one?

The author of this story is known to Mamamia but has decided to remain anonymous for privacy reasons. *Names have been changed.

Reply
Upvote
Had a similar thing happen to me. It’s painful and there is nothing you can do - no legal avenues to try to get visitation as far as I’m aware. And it’s not something you can really talk about with most people. So yeah, it’s lonely.
col 18 days ago