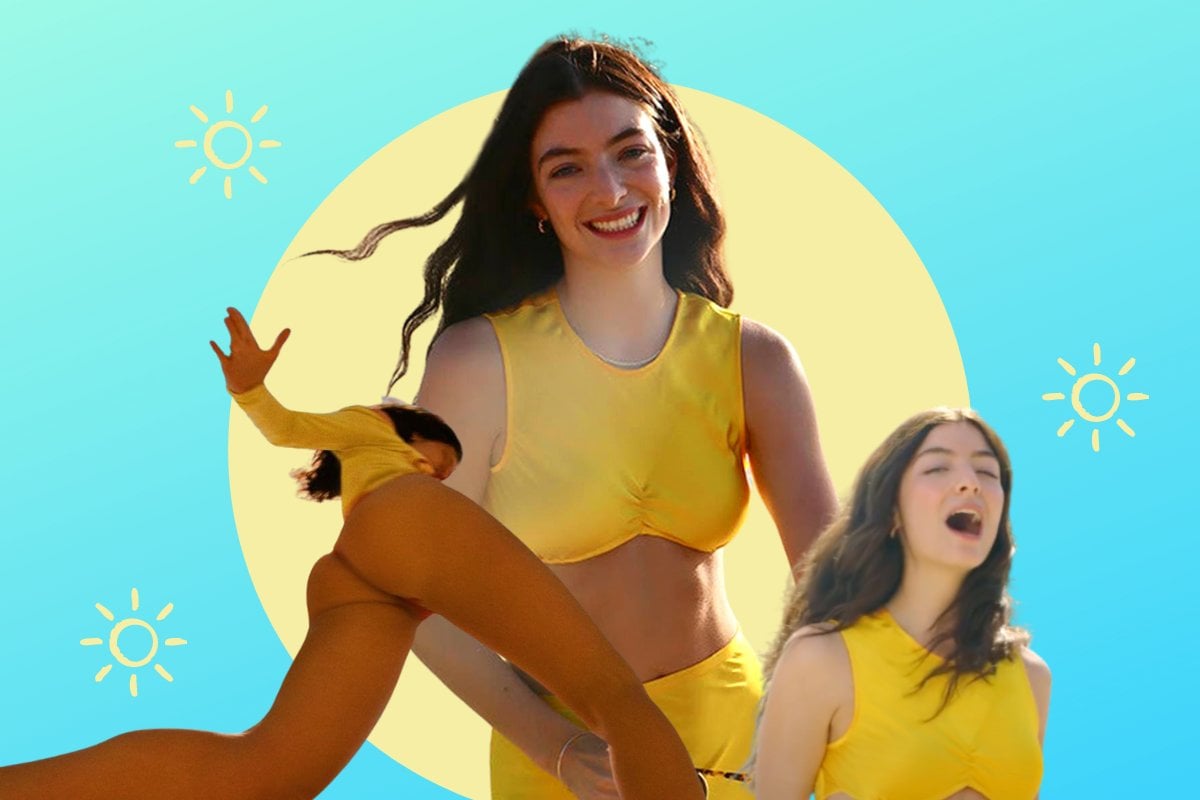 Run don't walk to your music-listening provider of choice, because Lorde is back with a certified banger after a four-year musical hiatus.

The Kiwi star, 24, released her single 'Solar Power' on Friday and people quite rightly freaked out.

Because firstly, Lorde never misses and the song is great, and secondly because the good people of the internet have been waiting a LONG TIME for this moment.

It is the first music she has released since her 2017 album Melodrama.

So... where the heck has Lorde been since then?

She wrapped up touring in 2018, and since then it turns out she's mostly just kicked back and lived a semi-normal life in New Zealand, dipping in and out of the public eye with emails to fans, rare social media posts and the odd sighting.

In mid-2019, she said her third album was "in the oven", but after her dog Pearl died a few months later, she said her grief had stinted her creative process.

In 2020, when the pandemic hit, Lorde confirmed she had been back working on music.

"I started going back to the studio again in December [2019], just for something to do, and to my surprise, good things came out," she wrote.

"[Producer] Jack [Antonoff] came over to work in the studio in Auckland, and I went to LA. It flowed. A thing started to take shape. And then, of course, the world shut down. We're still working away – Jack and I FaceTimed for over an hour this morning going over everything. But it'll take a while longer... The work is so f***ing good, my friend. I am truly jazzed for you to hear it."

She was photographed for the first time in 18 months (!!) in October 2020 walking in Auckland with her rumoured boyfriend, music executive Justin Warren, but she's not just able to stay low-key in real life.

In 2017, she was outed as the creator of onionringsworldwide, which rates onion rings from around the world. Really.

Her personal account has been pretty inactive for years - except for a brief return promising new music in exchange for New Zealanders voting in their 2020 General Election. At least we have onion rings.

“Do it for our beautiful country...And next year I’ll give you something in return.” pic.twitter.com/M5KaKJIxkR

She explained in a November 2020 discussion for Interview Magazine she'd "tapped out" of social media because of "the massive amounts of stress" she was feeling about the state of the world.

Then on June 8, her website updated with an album cover, titled Solar Power. The cover, which showed her jumping over the camera in a yellow swimsuit did what all great things do: It sparked interest, and also memes.

Speaking to triple j Breakfast about the release of the song, she said it was "surreal" to be back.

"You know me, I go full hibernation when I’m working, so to be back is kind of surreal," she said.

"I think I started writing the song literally summers ago, so it's so cool for me to have it coming out. I love this song; I love this album. I’m just hyped and I think it’s right for right now."

"It is funny, I keep thinking 'oh, this person that I know has seen my butt'...

"It's a specific experience thinking about everyone in your life seeing your butt. I have no regrets. I love this cover and happy for this to be how people see my butt.

"I was sent a couple of memes. They were very funny, I liked them. I’m so out of touch with meme culture but I’m down. All the memes!"

When Lorde announced 'Solar Power', she wrote 'patience is a virtue'.

It echoed her statement from an email newsletter sent to fans last year, when she confirmed she had once again teamed up with Antonoff to make new music and she'd come to realise the benefits of patience.

"You could have something of lesser quality much faster, but as the high quality thing comes into fruition, a warm feeling grows inside you. Do you know what I mean?" she asked.

We didn't at first, but with 'Solar Power', fans are feeling like the long wait was worth it.