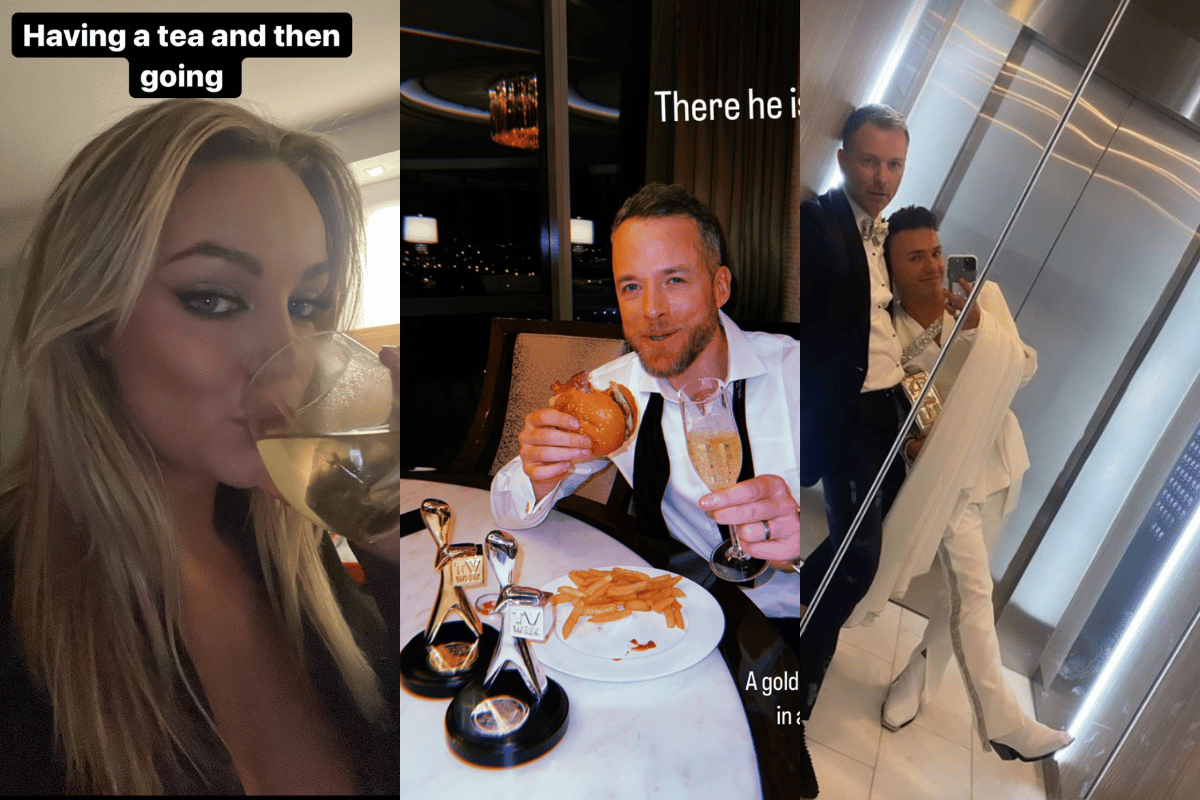 Another TV WEEK Logies Awards is done and dusted, but as all who tune in for award ceremonies know, the after parties are where things get really unhinged.

This year, we watched as our favourite Aussie celebs took home Logies for their commendable work in the entertainment industry, but it was Hamish Blake who won the coveted Gold Logie.

It would be a crime if we didn't show you exactly what the celebs got up to on the Gold Coast last night, so here is everything we know. 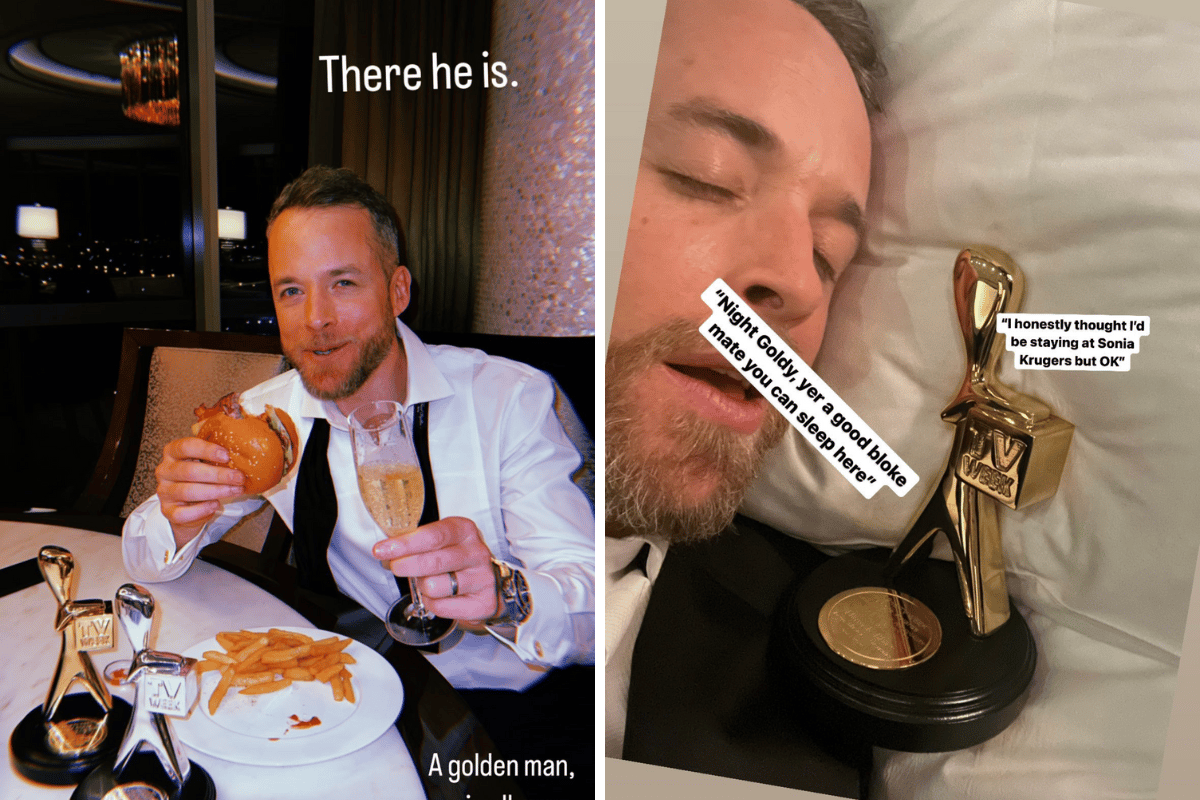 It was a big night for Hamish Blake, who took his Gold Logie with him to the after party before tucking it into bed with him for the night.

"Night Goldy, yer a good bloke and you can sleep here," he wrote in a post to Instagram.

According to him, the statue then responded, "I honestly thought I'd be staying at Sonia Kruger's, but OK." 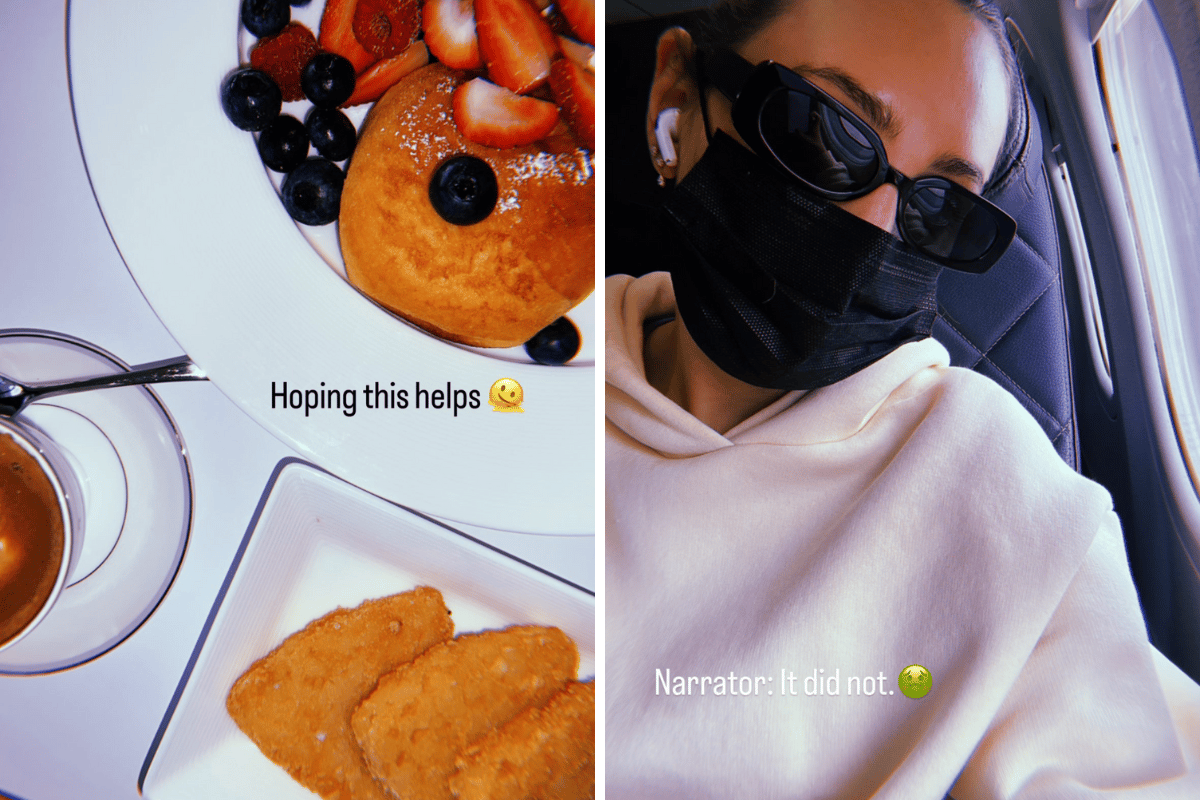 Skincare boss Zoe Foster Blake celebrated her husband's win last night with possibly a few too many drinks, after sharing on her stories the next morning the hope that a big breakfast could "help"... before adding it absolutely "did not". 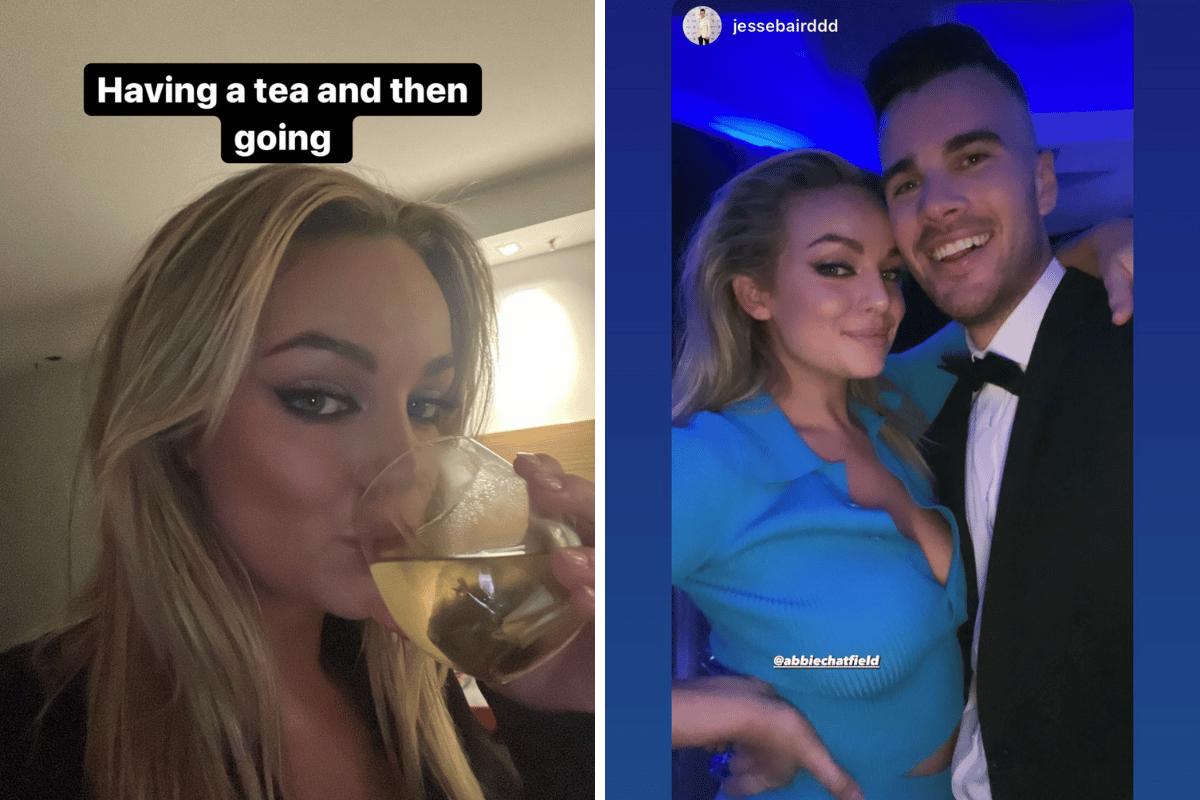 Radio star and Bachelor alumni Abbie Chatfield rung in her 27th birthday while partying with a number of celebrities last night, despite losing her voice. Abbie also underwent three outfit changes, after forgetting her underwear for her red carpet look before settling on a piece from her own line, Verbose. 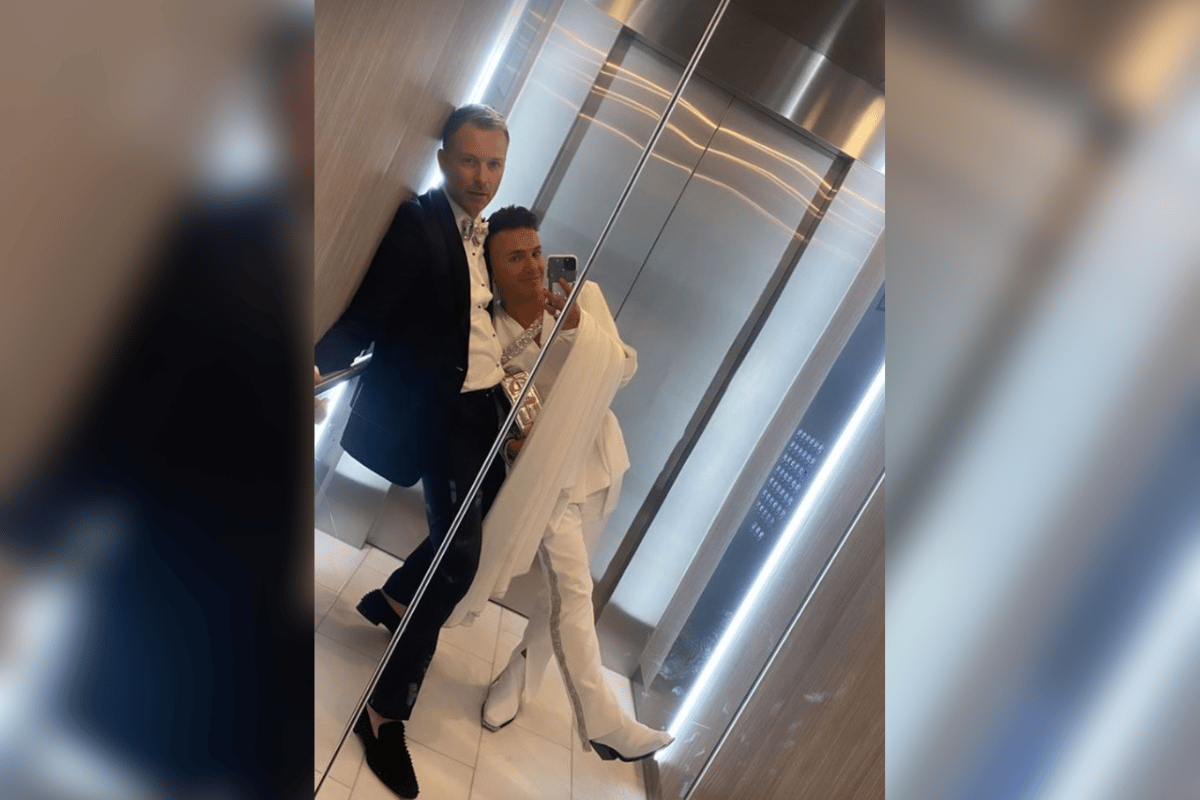 Of course, Anthony Callea and Tim Campbell were a few of the last celebs standing before they stumbled back to their hotel room at 3:30 am - but not before snapping a selfie!

Osher Günsberg had a long night, so didn't exactly party into the wee hours, but he did take a moment to snap a picture with his wife and also the 'pity cam' at the Logies.

"After party reunion with @audreygriffen and now it’s off to bed. Thank you Gold Coast xx" he wrote of the selfie.

In another post, he took a moment to thank the 'PityCam™️' for pointing out his losses at the Logies last night.

"We didn’t win a y #Logies last night, but we did win two dates with PityCam™️, this lovely man who came to visit us twice as we did our “good for them!” faces on TV," he wrote.

"I kid. I am truly happy for anyone who took home a trophy last night. I know how hard it is to make any show, get it on air, and get it into the living rooms of Australia. We work our nuts off to make the telly we make, so whoever took home the chocolates last night must easily work that hard as well.

"Bloody good on you. Well done."

Domenica Calarco and Ella May Ding 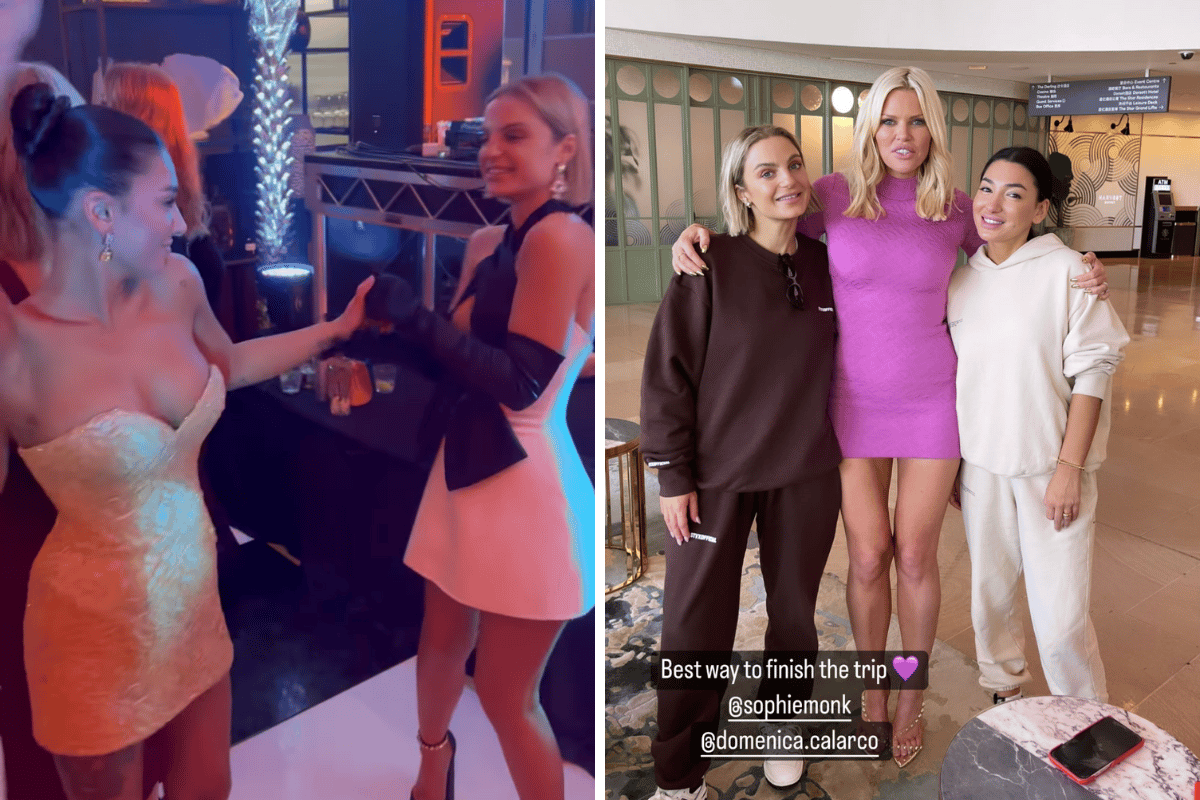 MAFS besties Domenica and Ella were stuck like glue to each other at the Logie Awards on Sunday, and shared a number of clips of themselves dancing well into the wee hours at the Logies afterparty.

The duo also got a pic with Sonia Kruger, which Ella admitted was the "best" way to end their trip.

A few other brides and grooms from their season joined them for the night's festivities, including Brent Vitiello, Al Perkins, Jack Millar and Dion Giannarelli.

The only remaining couple from season eight, Kerry Knight and Johnny Balbuziente, were also with the MAFS squad.

After a night of partying, Brent, Al and Jack made their way onto the Today show where they woke themselves up with a nice, relaxing... ice bath. As for Al, well, he admitted he hadn't even managed a wink of sleep. 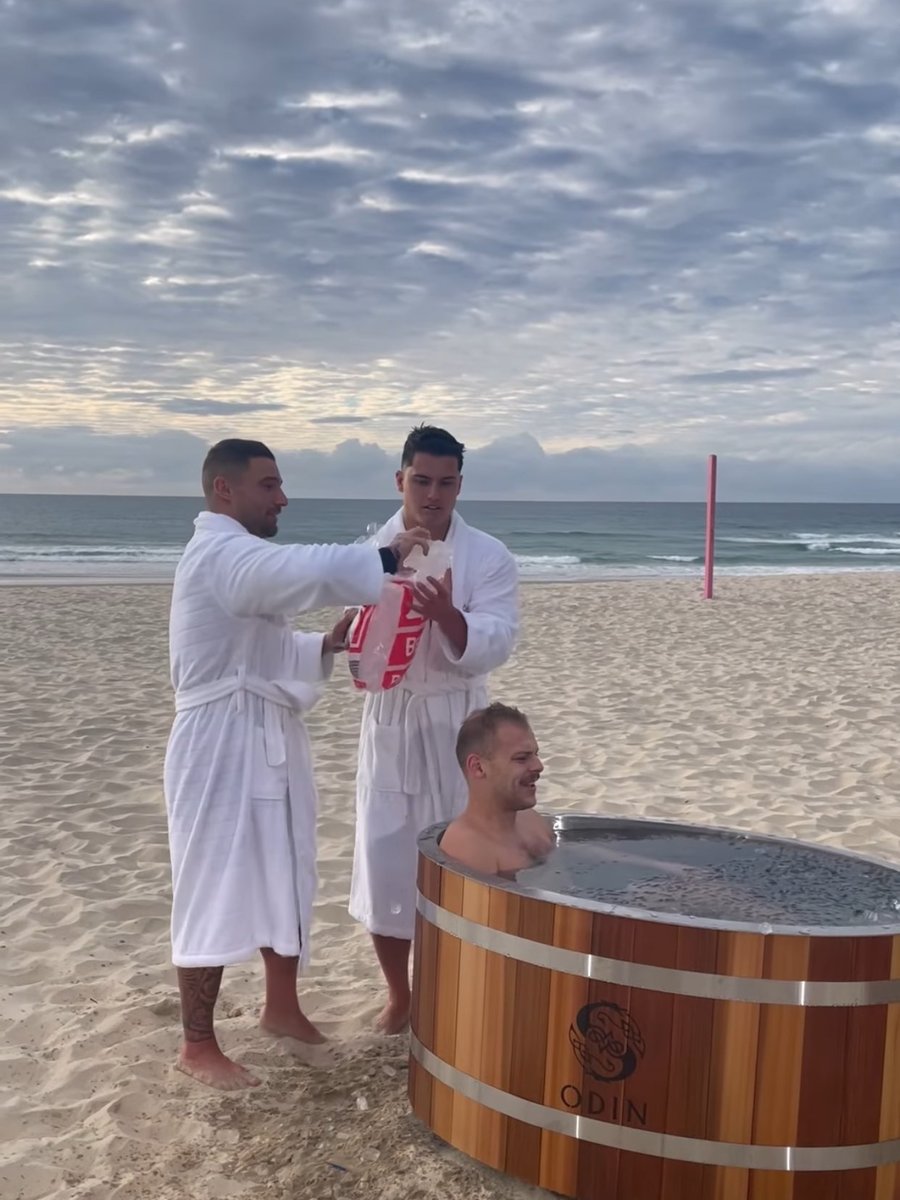