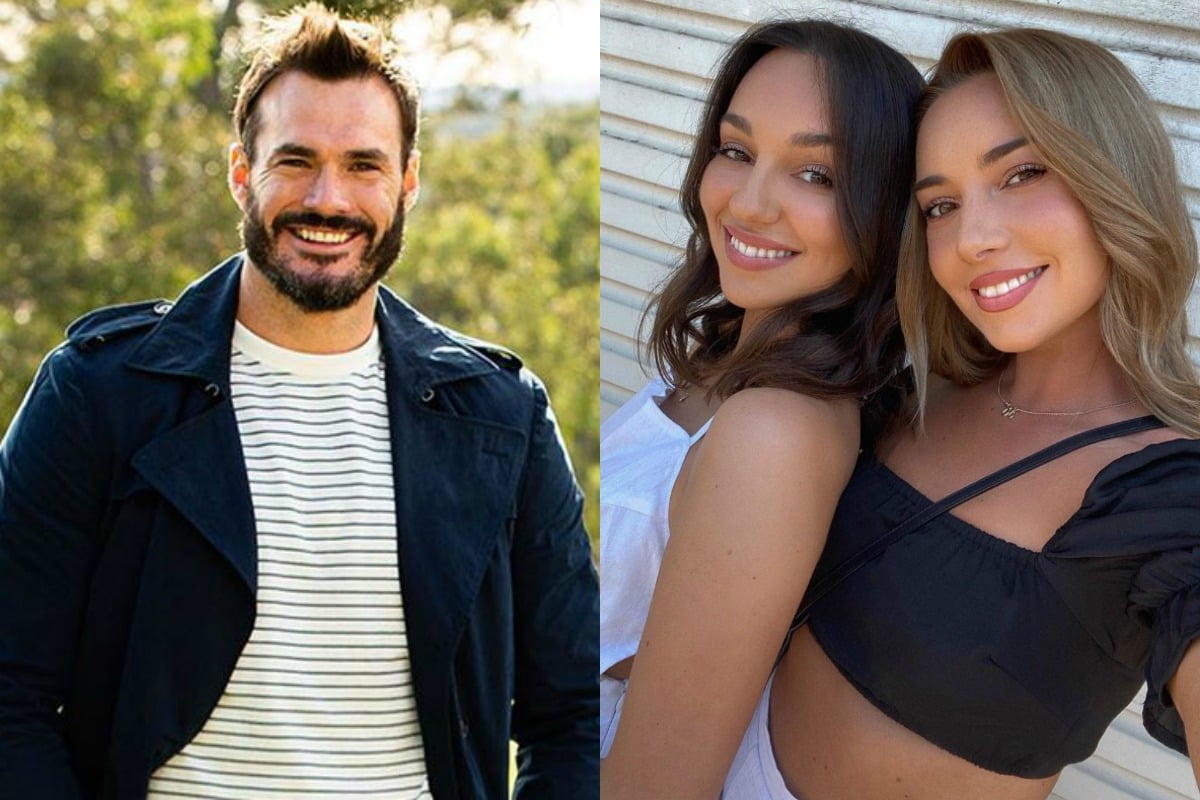 It seems Locky Gilbert has taken a not-so-subtle swipe at ~certain~ Bachelor contestants who hang out at Bondi Beach; a known paparazzi hotspot.

On Tuesday, Locky shared a photo of his camping trip in the Hunter Valley with Irena Srbinovska on Instagram before responding to a comment made by a Daily Mail journalist.

"We have to have some secrets," Locky responded to the comment.

"We're not too keen on the whole Bondi vibe. Give us the mountains any day,'" he wrote alongside a laughing emoji.

While Locky didn't name names, it's no secret Bella Varelis and Bec Cvilikas live in an apartment in Bondi together and have been photographed out and about on the beach a few times.

It comes after the couple shared that their recent trip to Bondi wasn't as good as they'd expected it to be, in an Instagram video last week.

Listen to The Spill, Mamamia's daily entertainment podcast. In this episode, Laura Brodnik and Kee Reece chat to Elly and Becky Miles to find out all the juicy details about The Bachelorette. Post continues below.

2. Christine Quinn might be leaving Selling Sunset, and frankly we’re not ready to say goodbye.

In an interview with WSJ Magazine, Christine explained that she's interested in doing her "own thing" after filming season four.

"The show’s obviously been doing really well," she told the publication.

"But it would be great to film the next season and then do my own thing because I feel like I have a lot to share with the world outside of real estate and fighting with bitches."

"Although don’t get me wrong, I love it and I’m great at it," she added.

Christine also said that she's looking at launching her own lifestyle brand during an interview with Amanda Hirsch in August.

"I don’t really know exactly what direction I’m taking it in," she said on Amanda’s Not Skinny But Not Fat podcast.

"It’s just going to be a fun place for people to go and a community of people who are like-minded, diverse, inclusive individuals who just want a safe place. Like creatives and people who just don’t want to be judged."

We, for one, are excited to see what she has in store.

3. It looks like we could be in for another Locky Gilbert-style ending on The Bachelorette.

Uh oh. Remember when Locky Gilbert couldn't decide between Bella and Irena and then cried? Yeah, well, that might happen again on this season of The Bachelorette.

When appearing on The Kyle and Jackie O Show this morning, Bachelorette Becky Miles shared that even by the end of the show, she couldn't decide on the winner.

"There's a lot of emotions going on and you have to let down some guys too that you have real connections with," she said.

"And for me, I was battling right to the end trying to figure out who I was going to pick and that made me really emotional," Becky continued.

After discussing the finale, Kyle asked Becky a question that has been circulating for some time now. Was she in a relationship when she became the Bachelorette?

To which Becky replied, "If I was in a relationship, I definitely wouldn't have gone on the show".

"I was single, but I was seeing someone for a short period of time there," she added.

Then Kyle asked how Becky told him about the reality TV show.

"I said to him, 'There's this opportunity that's come up with Elly for me. It's a TV thing, a dating thing. Just to be clear with you, this is what I want to do'," Becky responded.

The Bachelorette begins tonight at 7.30pm on Channel 10.

4. Is Tones and I going to be the new judge on The Voice? We investigate.

Since it was announced that Channel Seven would be introducing a more cost effective lineup of judges on The Voice, there has been plenty of speculation about who they might be.

And now, an insider has leaked two of them.

According to TV Blackbox, Australian singers Tones and I and Ricki-Lee Coulter will both be judges on next year's season of the popular singing show.

Tones and I blew up on the Australian music scene last year when she released the song 'Dance Monkey', while Ricki-Lee Coulter has been an Aussie fave for many years now.

Sadly Channel Seven hasn't commented on either of these claims so for now, we will have to keep our fingers crossed and hope it's true.

5.  "I wouldn’t say I’m in love." Elly and Becky Miles tell us exactly how the season pans out.

It's a truth universally acknowledged that when you become The Bachelorette you score fancy dresses, some high-flying dates and a whole lot of media speculation. 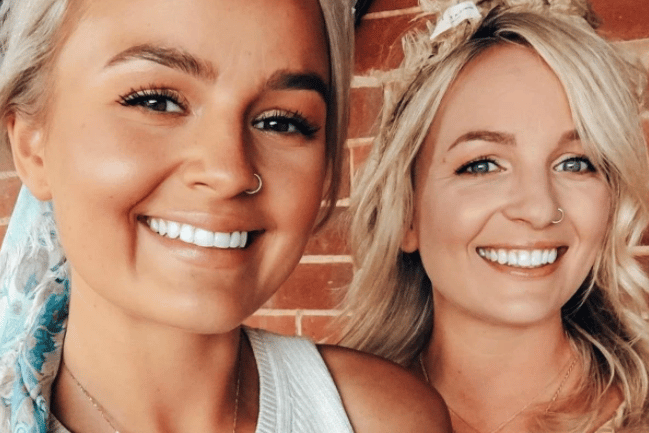 Speaking to Mamamia ahead of the show's premiere, the new Bachelorettes answer our questions about the show's dating process, the speculation into their personal lives, and why the franchise needs more diversity.

We’ve seen from past seasons of The Bachelorette that some contestants come onto the show just to find fame and then go and act like f****boys on Bachelor in Paradise, was that something you were wary of before filming?

“I’ve dated a couple of f****boys and so I know the red flags when I see them,” Becky said. “So I’m hyper-aware of that, but everyone was just so genuine and nice. We had some really interesting group dates where we all really opened up.

“I had a really s***ty time through school and it took me a good few years to really come into my own,” she continued. “To stand up for myself and stop caring about what other people think, but Elly has always been such a strong woman.”

When you were both first announced as the new Bachelorettes there was a lot of discussion around the need for more diversity in the franchise, as Australia has only ever had white people in those roles, what are your thoughts on that?

“We actually didn’t see any of that because we were actually already filming in our bubble,” Elly said. “We didn’t have our phones or anything, but I would love it, I would love for there to be more diversity on the show."

“We just feel so lucky it’s us and they’ve done something a bit different in taking a chance on two sisters,” Becky said. "I hope everyone really loves our show."

“That’s a progressive move in itself,” Elly added. “So I hope they just keep heading that way.”

For our full interview with Elly and Becky, read our earlier post here.