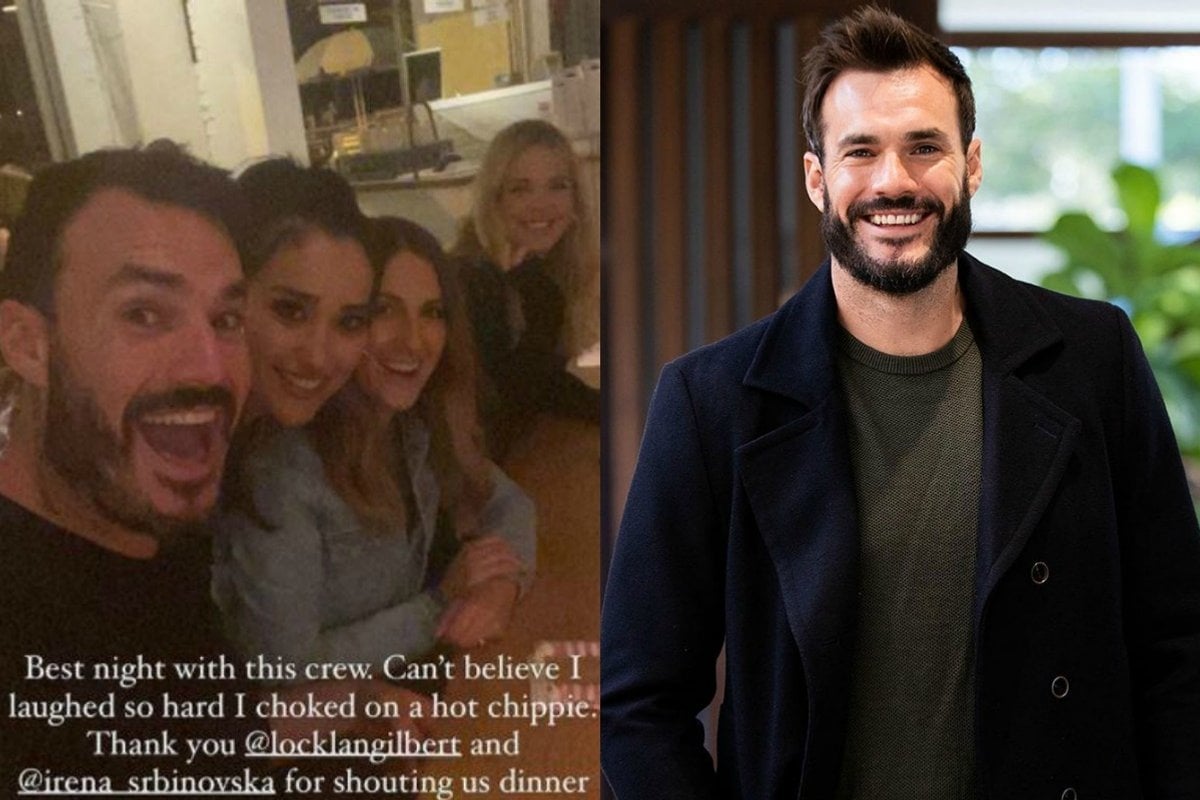 1. Locky and Irena just had a farewell dinner… with a bunch of his exes.

The Bachelor may be over but the group dates certainly aren't.

On Wednesday night, Locky Gilbert and Irena Srbinovska reunited with a couple of their fellow Bachie contestants for dinner and drinks.

The pair met up with Juliette Herrera and Bella Colwell (not to be mistaken with Bella Varelis) at the Coogee Pavilion before the couple leave for Western Australia.

"Best night with this crew. Can't believe I laughed so hard I choked on a hot chippie," Juliette wrote on her Instagram stories alongside a photo of the group.

"I miss you guys already," she added. 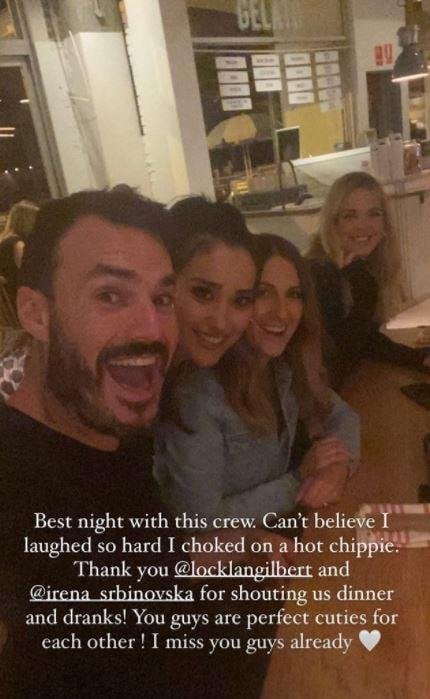 And this isn't the first time Locky has hung out with his current girlfriend and an ex.

The couple shared an Instagram photo of them out and about with Bella last week at Bondi Beach.

"Just your casual day out with the girls," Locky captured the post.

Just your casual day out with the girls. #thisisnormalright

Listen to The Spill, Mamamia's daily entertainment podcast. In today's episode, Laura Brodnik and Kee Reece chat about why the new and old casts of Charmed are locked in a war of words. Post continues below.

2. An Australian version of Selling Sunset is coming and we can’t wait to see Sydney’s equivalent of Christine.

Get excited Selling Sunset fans. An Aussie version of the hit reality show is coming our way.

The unnamed show, which has been commissioned by Amazon Prime Video, started production this week so hopefully we don't have to wait too long until it hits our screens. 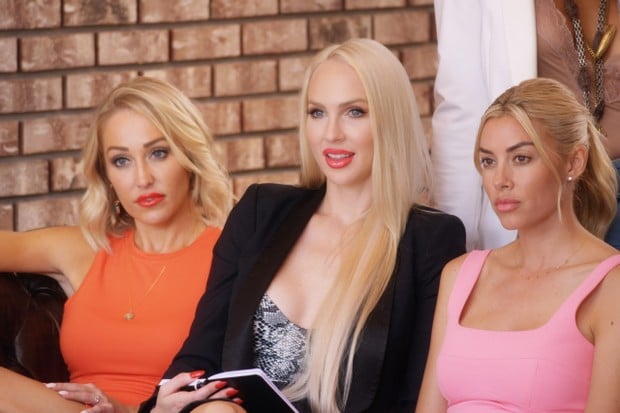 While no one can replace Christine, Mary or Chrishell, the three Aussie agents are well-known names in high-end real estate.

Gavin runs his own firm within the Ray White Group while D’Leanne is a principal at Laing+Simmons Double Bay, and was once known as the 'Queen of Queen’s Park'.

Simon, on the other hand, is the co-founder of Australia’s largest buyers’ agent firm, Cohen Handler.

"Sydney’s real estate market is unlike any other in the world, it’s a brilliant mix of big personalities, spectacular properties and high-stakes deals," Chris Culvenor, co-chief executive of Eureka Productions, said in a statement.

3. Confirmed: Bachelor in Paradise 2021 has been canned.

We've got some sad news for your Thursday: Bachelor in Paradise will not be back next year (*cries*).

During Network 10's annual upfronts presentation, they announced the various new and returning shows for 2021. And sadly, The Bachelor spinoff won't be one of them.

"We love all the excitement, drama and of course love that Bachelor in Paradise brings, but we have decided to rest it in 2021," a spokesperson for the network said.

A post shared by Bachelor In Paradise Australia (@bachelorinparadiseau) on Jul 27, 2020 at 1:00am PDT

However, there was some good news.

The Amazing Race Australia will be returning with Beau Ryan as host. And MasterChef will be back again with our three favourite judges - Melissa Leong, Jock Zonfrillo and Andy Allen.

4. Ariana Grande is teasing a new album and WE ARE READY.

Sharing the news on Twitter today, the popstar wrote, "I can't wait to give you my album this month".

i can’t wait to give u my album this month

Which means it's coming in a matter of weeks.

Fans are already losing it.

THIS month? So in two weeks? pic.twitter.com/5aAV9zfr4L

5. Two years ago, Nick Cummins was the most hated man in Australia. Now he's back on reality TV.

Has there ever been a more telling Instagram bio?

But then, that’s why two years ago thousands of people across Australia hated him. Because he told a reality TV show that he wanted to settle down, get married, and have lots of children.

He even took 24 women away from their homes and jobs for three months in an effort to get as locked down and settled as one can possibly get. 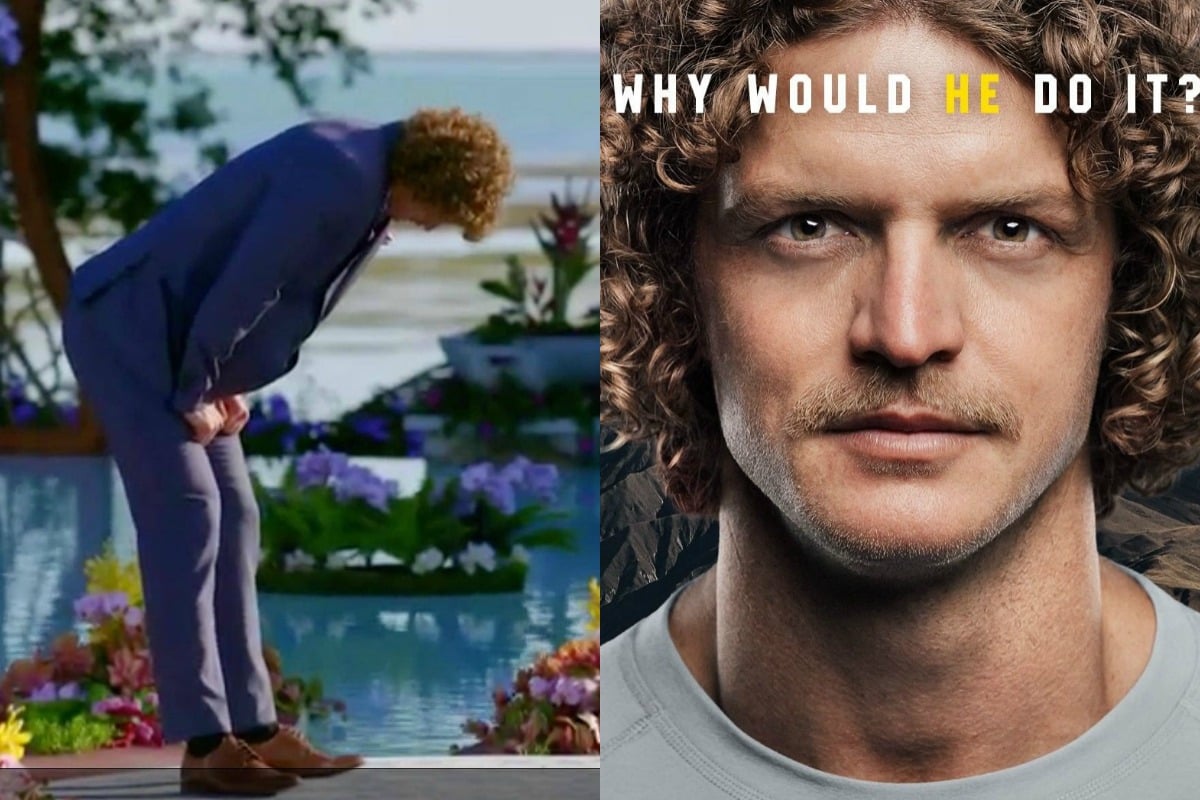 So when he flew his final two – Brittany Hockley and Sophie Tieman – over to New Caledonia, dumped them both and fled into the jungle. It was… a lot.

"Right now, I can't give 100 per cent to you. My head is very clouded. Right now, I'm a little bit lost," he told Hockley, before delivering a similar speech to Tieman.

The question being directed at Cummins post-ghosting looked something like: "Why did he go on a show about finding love, if he wasn't ready to find love?"

But as his final two devastated women digested the news, Australia's reaction as Cummins refused interviews and shied away from the public gaze evolved from confusion to anger.

A few months after the finale aired and the "hate" had somewhat died down, Cummins finally spoke.

"People are so brainwashed, you’re not going to get your fairytale ending every time," he told ABC Radio National in December 2018.

For more on what Nick Cummins is doing now, read our earlier article here.