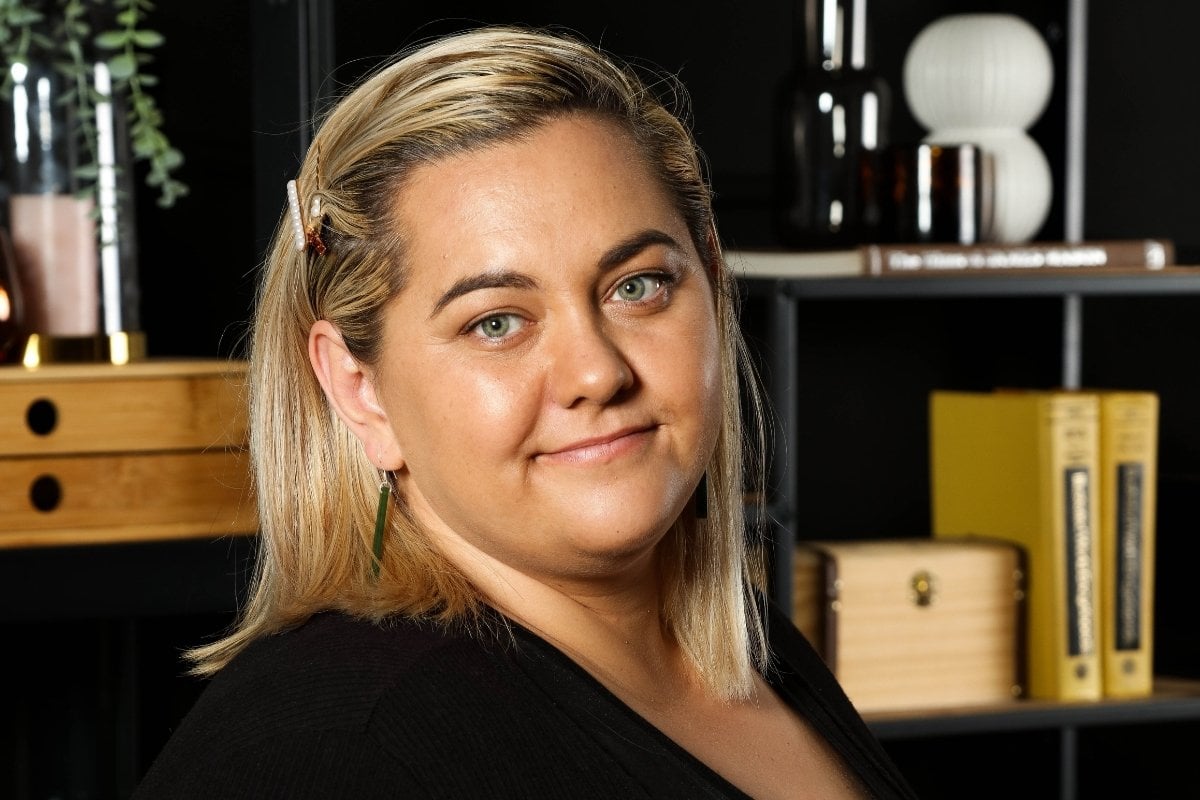 Like thousands of parents across Australia during the COVID-19 pandemic, Makere has been grappling with guiding her young children through at-home learning.

But in her household, that's come with additional challenges.

The 35-year-old disability support worker is among the 43 per cent of Australians aged over 15 who lack the basic reading and writing skills to navigate normal life.

She was diagnosed at 18 with dyslexia, a common language learning difference. Like most people with the condition, Makere has no difficultly with comprehension, nor an impeded ability to learn. She simply struggles to translate the words in her head onto a page, and vice versa.

She's found ways to adapt over the years in a world that's not designed for her (the voice-to-text capability of smartphones has proven to be life-changing). But helping her daughter, 8, and son, 6, with remote learning has been particularly challenging.

"I have to hype myself up, like 'Be positive today. You can do this.' But by lunchtime, you're like, 'Oh my goodness,'" she told Mamamia.

"It's a real struggle. Especially when you have kids excelling and asking questions and you have no idea how to answer."

"There wasn't ever really a place for someone like me."

Though Makere's dyslexia went undiagnosed until adulthood, she was aware of her difficulties from an early age.

She attended an "old fashioned" Catholic school operated by nuns, where large class sizes and lack of learning support saw those — like her — who fell behind simply moved to the back of the classroom and given different work to their peers.

Around the age of 7 or 8, Makere's teacher even suggested that Makere needed to be transferred to a special needs school. However, educators there determined that she didn't meet the criteria.

"There wasn't ever really a place for someone like me, someone that can comprehend everything but just needs extra time to understand," she said.

In high school, the ostracisation continued. It was then that Makere developed a fear of public speaking after unaware teachers thrust her in front of the class to read or deliver presentations.

"That's when I became even more secretive, because every time people did find out that I struggled, it was really embarrassing, like people laughing, people thinking it was a joke," she said.

Makere carried that shame and anxiety into her adult life.

Her now-husband wasn't aware of the extent of her literacy struggles until two years into their relationship. She had deliberately shielded it from him by avoiding reading aloud, occasionally even blaming poor eyesight.

While he's been supportive, sadly, others have justified Makere's long-held fears about how people will react when they learn of her literacy gaps. She says it's common for people not to believe her, to test her; 'Can you read this? What does that say?'

Then there's the stigma.

Makere was once sacked from a position as a manager at a boutique hotel after her employer discovered her literacy struggles.

"It's pretty repetitive work. So I used to have a binder, and anything new that I picked up in emails, I used to copy and paste into it straight away. After I figured [that new thing] out, I saved it, because I knew I'd have to use it again," she said.

"When my boss found my binder, he let me go."

That's despite the fact that Makere said she had been performing effectively in the role for two months after being promoted from a successful stint as nighttime duty manager.

"He told me, 'You can't manage this place with a binder,'" she said. "But he had several hotels under his belt, so guiding me through the process, he just didn't have time for that."

Even Makere's own family have made unintentionally hurtful comments.

"I'm a hard worker, and I've done really well in my career. But family or people who know me say things like, 'Well, she's done really well, for a girl who can't read,'" Makere said.

"Sometimes it's just not even worth telling people."

Only, she's about to tell the world.

Follow eight Australians as they take on an adult literacy program to transform their lives. #LostForWords | premieres 22 Sep on SBS and @SBSOnDemand pic.twitter.com/cFSybfy0Xi

Makere is due to appear in the three-part SBS documentary series, Lost for Words, which sees her and seven other Australian adults with reading and writing struggles undergo an intensive nine-week literacy program.

It captures their everyday challenges, from shopping and reading recipes, to navigating public transport, along with their triumphs as they learn techniques to improve their literacy skills.

As an intensely private and introverted person, it was a difficult process for Makere. But she persisted. Not for other people who live with dyslexia, but for those who don't. The ones who write off people like her.

"You get discriminated against quite a lot," she said. "Because you do struggle with literacy, people automatically think that you can't do something. But it's not like that at all.

"There's no one way to do one thing; there are many. So when you hear somebody has literacy gaps, don't write them off; think, 'Wow. How did they figure out how to do that thing? Maybe there's a good way to put that into my business.'

"It's about letting other people know not to judge a book by its cover."

As a result of the program, Makere's literacy skills improved markedly, and she is now working towards a TAFE qualification to further her career in disability support services.

She also feels more empowered to read with her children and work with them on their school material, in spite of the challenges it poses.

"I like the fact that now that my daughter can read to me, and then when she gets stuck on a word, we'll figure it out," she said. "Together."

Lost for Words premieres at 8:30 p.m. on Wednesday 22 September on SBS and SBS On Demand.

S
sailawayreaders a month ago

Reply
Upvote
Hi, such an important topic. Using evidence based practices to support children with specific reading difficulties is crucial. As a literacy intervention teacher I see first hand the impact of supportive program. I Would love to discuss this further on the Mamamia platform.
F
fzmclaren a month ago