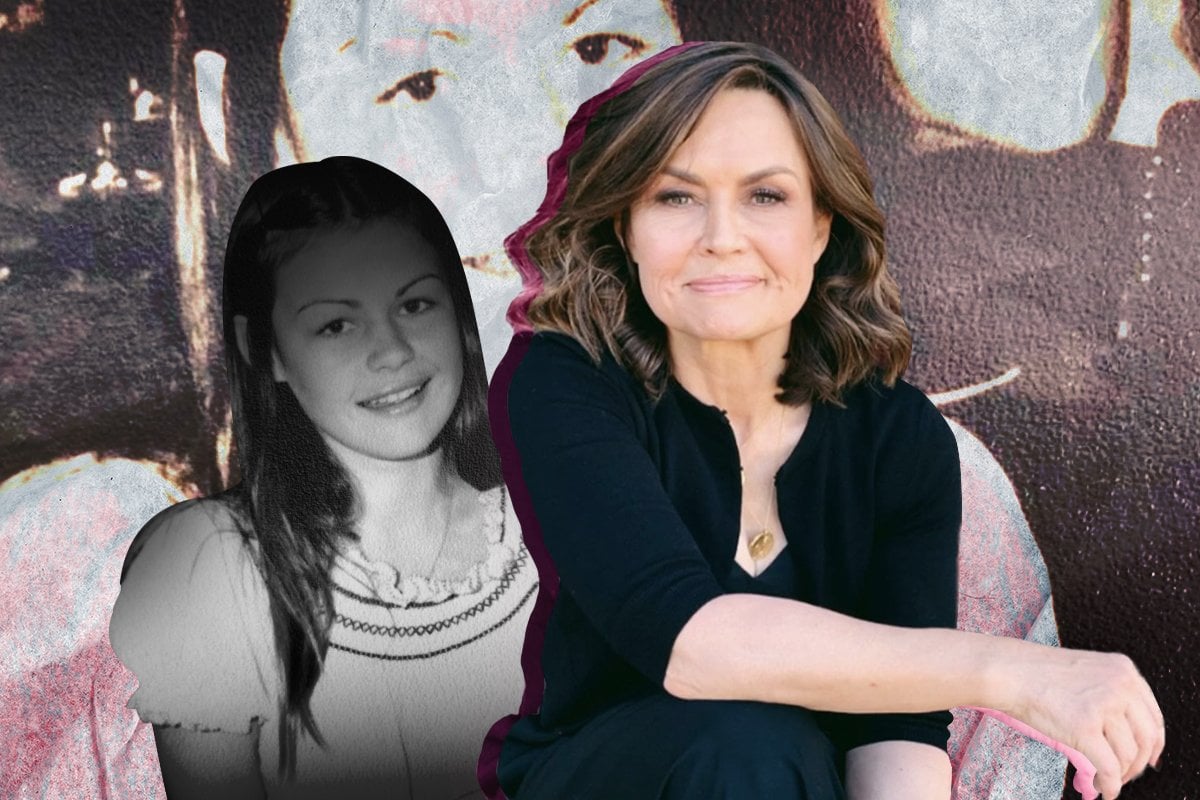 The following contains details of sexual assault, which may be triggering for some readers.

In Lisa Wilkinson's four-decade career as a journalist, there have been a handful of issues that have been of particular importance to her. Child protection. Women's health. Gender-based violence.

Her February interview with Brittany Higgins, for example, platformed the former Liberal staffer's damning allegations that she was raped by a colleague inside Parliament House in 2019 — a watershed moment for the #metoo movement in Australia.

But as Wilkinson shares in her forthcoming autobiography, It Wasn't Meant to Be Like This, her connection to such issues isn't purely about journalistic inquiry; it comes from a deeply personal place.

When she was 15, Lisa Wilkinson was sexually assaulted by a friend's father.

Speaking to Mamamia's No Filter podcast, The Project host said that she was violated twice by this man. The first time was in public. The second, more serious offence, occurred in his home.

Watch: Lisa Wilkinson like you've never heard her before.

Wilkinson had been invited there by her friend and was meant to be staying the night. But feeling uncomfortable in the presence of the girl's father, she called her own to collect her. Filling in time before his 6pm arrival, she went into the laundry. Her friend's dog had recently had puppies, and Wilkinson wanted to look at them.

There, the perpetrator cornered and assaulted her.

"I don't know where my courage comes from, sometimes. But when I realised what was going on, I just got out of there."

Wilkinson's father knocked on the front door of the home a short time later. When she raced toward it, the perpetrator followed, as if to ensure she kept quiet.

"And then, almost as if it was happening in slow motion, I saw my friend's father put his hand straight out — exactly the same hand that had just been on my body — and reach for my father's hand. And there was my beautiful father, his face beaming because one of the many men in the Lions Club had just hosted his daughter for the afternoon. He was so pleased to see him.

"I just said nothing and went home."

The perpetrator died in the 1980s. And for years after, Wilkinson told no one what he'd done to her. 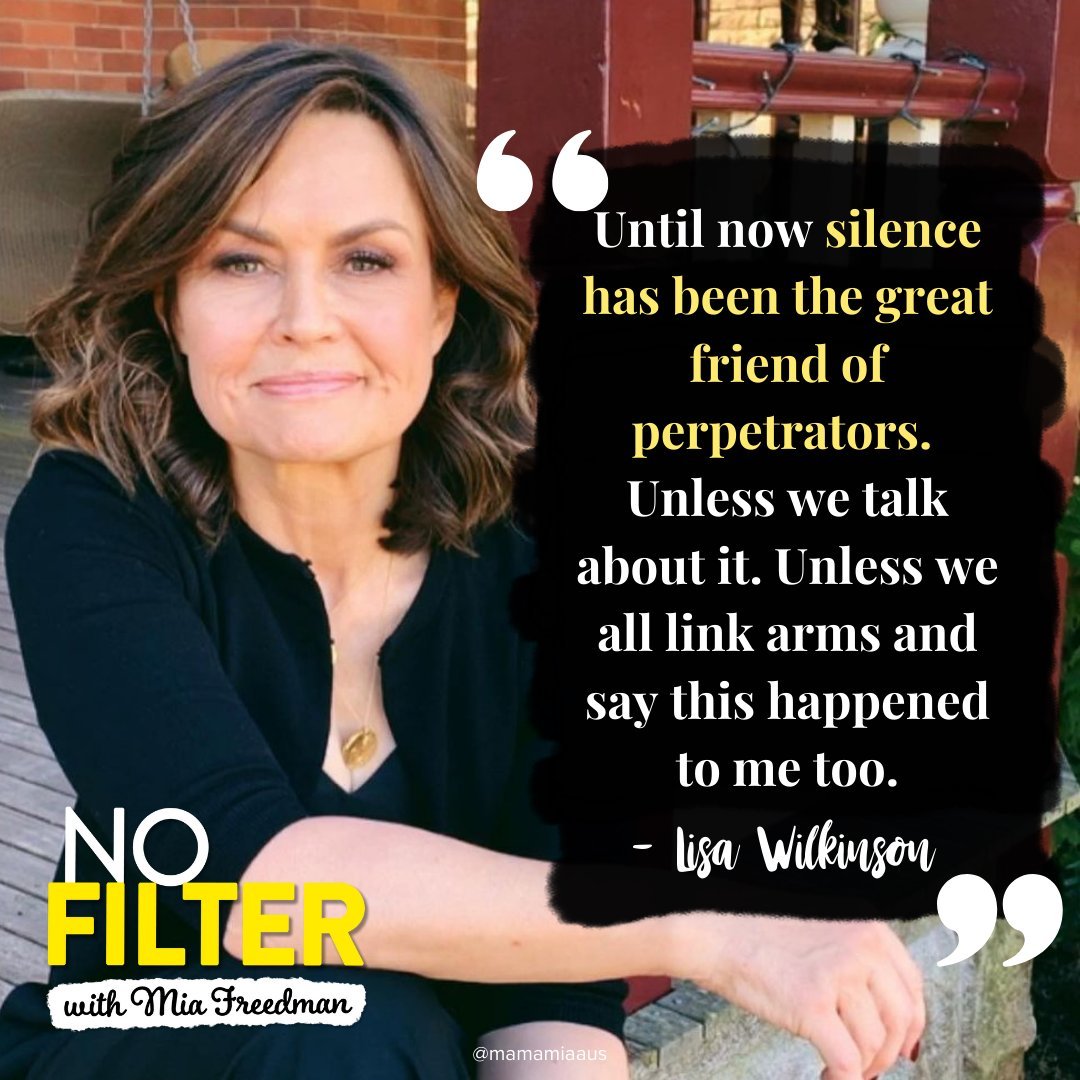 Her first disclosure was to her now-husband, author and columnist Peter Fitzsimons.

"Saying it out loud took a lot of courage, and I think I needed to be in a really safe environment to do it," she said. "Because it's only once you finally start talking about it, that it becomes really, really real."

She hesitated to share it wider because of those same fears she experienced as a 15-year-old girl. What would happen next? What if no one heard her? What if no one believed her?

The latter question is identified by researchers as one of the primary reasons the vast majority of sexual assault survivors choose not to report the crime. In fact, according to the Australian Bureau of Statistics' 2016 Personal Safety Survey, nine in ten women victim-survivors did not contact police about their most recent incident of sexual assault.

Listen to part one of Mia Freedman's interview with Lisa Wilkinson on No Filter.

It was witnessing the courage shown by Brittany Higgins who went public with allegations of being raped by a colleague in Parliament House (Higgins' case will go to court in 2022, where the accused intends to plead not guilty), that Wilkinson felt empowered to include her own experience in her book.

That meant telling her friend, the daughter of her perpetrator. For Wilkinson, that was one of the most difficult disclosures of all.

"She was so sorry. And I never wanted to hear those words from her, because it wasn't her fault. It's no one's fault, except the perpetrator," she said. "And what I've discovered is that man was more of a monster than I ever could have imagined. She's, in more recent times, had to discover the extent of the abuse that he visited upon others. And in many ways, I got off very lightly."

In sharing what she endured with readers, Wilkinson hopes to contribute to the groundswell of open discussion finally happening about sexual violence.

"Until now, the silence has been the great friend of perpetrators," she said. "And unless we talk about it, unless we all link arms and say, 'This happened to me, too', the silence continues.

"You would like to think after the watershed moment that this year has been for so many women, that there are abusers out there who think twice, who think that at least part of the game is up, and that maybe that young woman won't stay silent this time."

'It Wasn’t Meant to Be Like This' by Lisa Wilkinson is published by HarperCollins and is available for pre-order now from Booktopia. 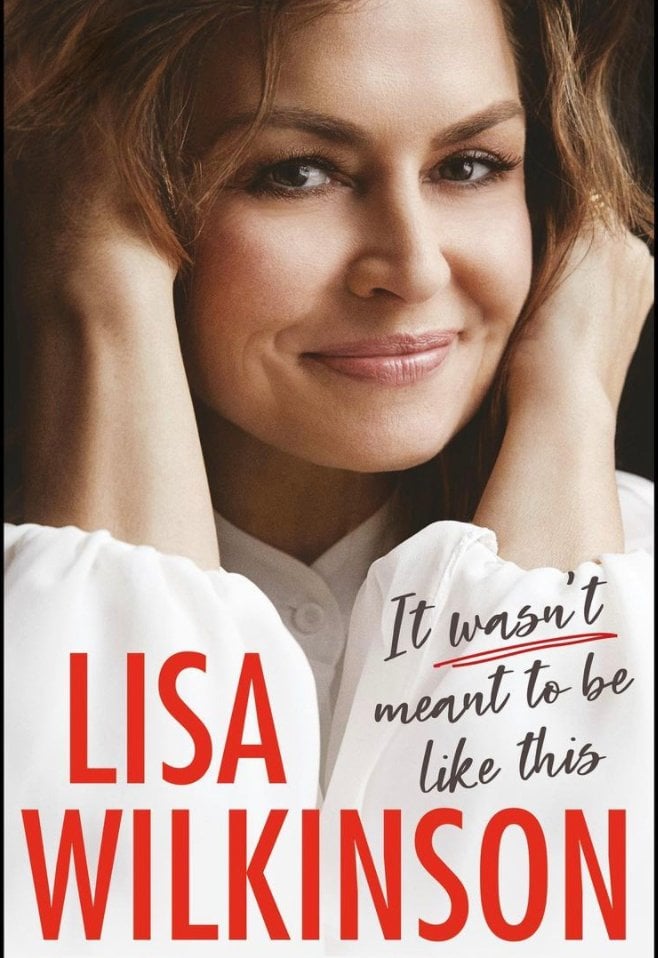 If you have experienced sexual assault and need to speak to someone, support is available. Please call 1800 RESPECT on 1800 737 732.