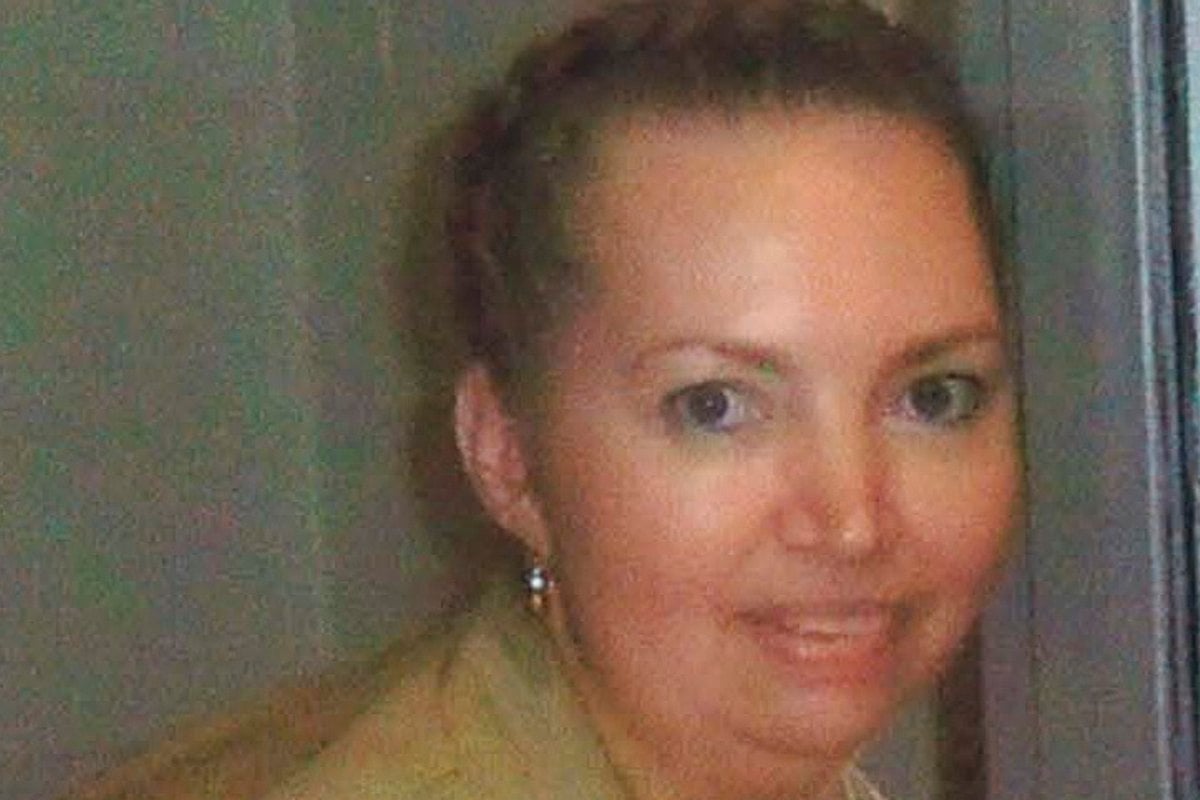 A last ditch effort to halt Lisa Montgomery's death by lethal injection on mental health grounds has been overturned, with the 52-year-old the 11th federal death row inmate to be executed during the Trump administration.

A federal judge in Indiana late on Monday local time issued a stay of execution based on evidence that Montgomery was unable to understand the government’s rationale for her being put to death.

The stay of execution - issued just hours before her scheduled execution -  has now been overturned by the Supreme Court, and Montgomery was pronounced dead at 1.31am local time on January 13.

Montgomery is only the 16th woman executed in the US since the death penalty was reinstated in 1976.

Watch: The Trump administration is likely to continue pushing for the execution while it remains in power. Post continues after video.

Montgomery committed a terrible crime. In 2004, in Skidmore, Missouri, she strangled Bobbie Jo Stinnett and cut her unborn baby from her womb. Amazingly, the baby survived. Montgomery claimed she’d given birth to the little girl and she and her husband Kevin began showing her to friends.

Montgomery was arrested the following day. She was found guilty of kidnapping and murder in 2007 and has been on death row ever since. Her lawyers have argued that executing her is a “profound injustice”, due to her mental illness and childhood trauma. But those arguments have not been successful.

So what led Montgomery to do something so unspeakably brutal?

According to court documents, Montgomery’s father was an alcoholic and her mother was frequently drunk when pregnant with her. Her early life was “filled with turmoil”, with her half-sister Diane being adopted out to another family. Her parents split when she was three, and her mother, Judy Shaughnessy, got remarried, to Jack Kleiner. According to the documents, Montgomery’s new stepfather abused her physically and began sexually abusing her when she was about 14. When Montgomery was 16, her mother saw her stepfather raping her and the marriage ended.

Family members have claimed that Shaughnessy blamed Montgomery for the abuse and the divorce. Shaughnessy’s nephew, David Kidwell, testified that she believed Montgomery “had brought [the abuse] on herself, that she enticed him”.

In 1986, when Montgomery was 18, she married her stepbrother, Carl Boman. She had four children in four years before having a tubal ligation. Montgomery claims that her mother and husband forced her to be sterilised. However, Boman testified that Montgomery’s doctor had recommended the procedure because her fourth child had been born more than two months’ premature and he feared she couldn’t carry another baby to term.

In the remaining years of her marriage to Boman, Montgomery claimed several times that she was pregnant, even though it was impossible. She split with Boman and got married again, to Kevin Montgomery. The first time she told him she was pregnant, she asked for money for an abortion and he gave it to her. The second time, she told family and friends she was pregnant, as well as her husband. Later, she said the baby had died and she’d donated the body to science.

In 2004, Montgomery again claimed she was pregnant, telling everyone she knew and wearing maternity clothes. This time, Boman decided he would use the fake pregnancy against his ex-wife, taking her to court to gain custody of two of their children. A date was set.

"At that time, I told her I was going to expose her lies," he testified.

But Montgomery seemed confident that wouldn’t happen, and called him to tell him that.

"She said she was going to prove me wrong," Boman said.

Montgomery, who worked up to four jobs at a time to support her children, bred rat terriers as a hobby, and was part of an online group called Ratter Chatter. So was a young woman called Bobbie Jo Stinnett, who was a dog show judge as well as a breeder. Stinnett was pregnant with her first child, and had chatted about it online with Montgomery. Stinnett’s due date was just days away when Montgomery contacted her, under the alias of Darlene Fischer, saying she wanted to buy a puppy.

Stinnett sent back a cheerful reply, giving her address.

Montgomery travelled from her home in Melvern, Kansas to Stinnett’s home in Missouri. Stinnett let her in. Montgomery used a rope to strangle the pregnant woman from behind, but she remained conscious. Stinnett fought as Montgomery cut open her belly with a kitchen knife. Montgomery kept strangling Stinnett till she was dead, and took the baby away.

An hour later, Stinnett’s mother discovered her body in a pool of blood.

Back in Kansas, Montgomery rang her husband, saying she had given birth, and asking him to pick up her and the baby from a fast-food restaurant.

“I knew she didn't like hospitals and doctors," he later testified.

Montgomery and her husband took the baby around town to show their friends and co-workers.

Meanwhile, other members of Ratter Chatter heard about Sinnett’s murder and realised that the meeting between her and her killer had been arranged within their group. They told the police everything they knew.

"We just saw a murder plan in front of us and it makes me so sad," one person posted.

Montgomery was arrested in her home, where she was sitting in the living room, holding the baby in her lap. Amazingly, the baby girl, later named Victoria, appeared to be “healthy and in good shape”, according to Sheriff Ben Espey.

“The child is probably going to be OK,” he added.

Victoria was taken to hospital and then reunited with her father, Zeb. She is now 16 and still lives with him.

Over the years, throughout Montgomery’s trial and appeals process, her lawyers have said she has suffered with post-traumatic stress disorder, brought on by her stepfather’s abuse, as well as brain damage, caused by beatings. She has also been diagnosed with bipolar disorder, along with pseudocyesis delusion, meaning she believed she was pregnant.

After it was announced her December 8, 2020 execution would go head Montgomery's lawyer Kelley Henry said: “In the grip of her mental illness, Lisa committed a terrible crime. Yet she immediately expressed profound remorse and was willing to plead guilty in exchange for a life sentence with no possibility of release.

“Lisa Montgomery has long accepted full responsibility for her crime, and she will never leave prison. But her severe mental illness and the devastating impacts of her childhood trauma make executing her a profound injustice.”

Due to her lawyers contracting COVID-19, they were unable to file for clemency within the time limit and she was therefore granted a stay of execution until December 31.

On November 23, the Government rescheduled the federal execution for 12 January.

The 11th hour ruling by an Indiana judge halting the execution was later upheld by the US Court of Appeals for the District of Columbia circuit, with hope any new execution date would be pushed into Joe Biden's administration.

The current US President Donald Trump has cemented himself as the most prolific execution president since Cleveland, and as ProRepublica reporter Isaac Arnsdorf told Democracy Now, "Time is running out for the Trump administration to go through with [its last planned] three executions which is why they are very insistent that they happen this week and not after January 20th. All indications are that they are going to do everything they can to do them this week. I can't predict what the Supreme Court will do, but the situation we are in today is very similar to a number of the previous executions where on the day of the execution,  there were court orders in place blocking them. And on appeal to the Supreme Court, in the middle of the night after 2am, the Supreme Court lifted those stays and within a few hours the prisoners were dead."

Arnsdorf's prediction proved correct, with the Supreme Court overturning the decision in the early hours of the morning.

"The government stopped at nothing in its zeal to kill this damaged and delusional woman," Montgomery's attorney, Kelley Henry, said in a statement.

This article was originally published in October 2020, and was updated on January 13 2020.

Reply
Upvote
2 upvotes
Why do we always hear the sob story of the criminal who committed the crime. What about the victim who’s life was cut short? Who never got to hold the child she carried? Sometimes I think Australia should have the death penalty for extreme cases such as this, I don’t feel sorry for her execution I feel sorry for the 16 year old girl who never got to meet her mother.

Reply
Upvote
1 upvotes
A summary article about the number of death row inmates the Trump administration has gone ahead with would be good - he's gone ahead with more of them than any other President in US history, hasn't he?

Reply
Upvote
@david s in about a hundred years, yes. I think this is number 11, and all in the lame duck period. It’s so gross, he seems to want to compete with Henry VIII for worst tyrants in history.

Reply
Upvote
1 upvotes
@cat They weren't all in the lame duck period. 7 were before that.
You make it sound like Trump is the one doing the executions.