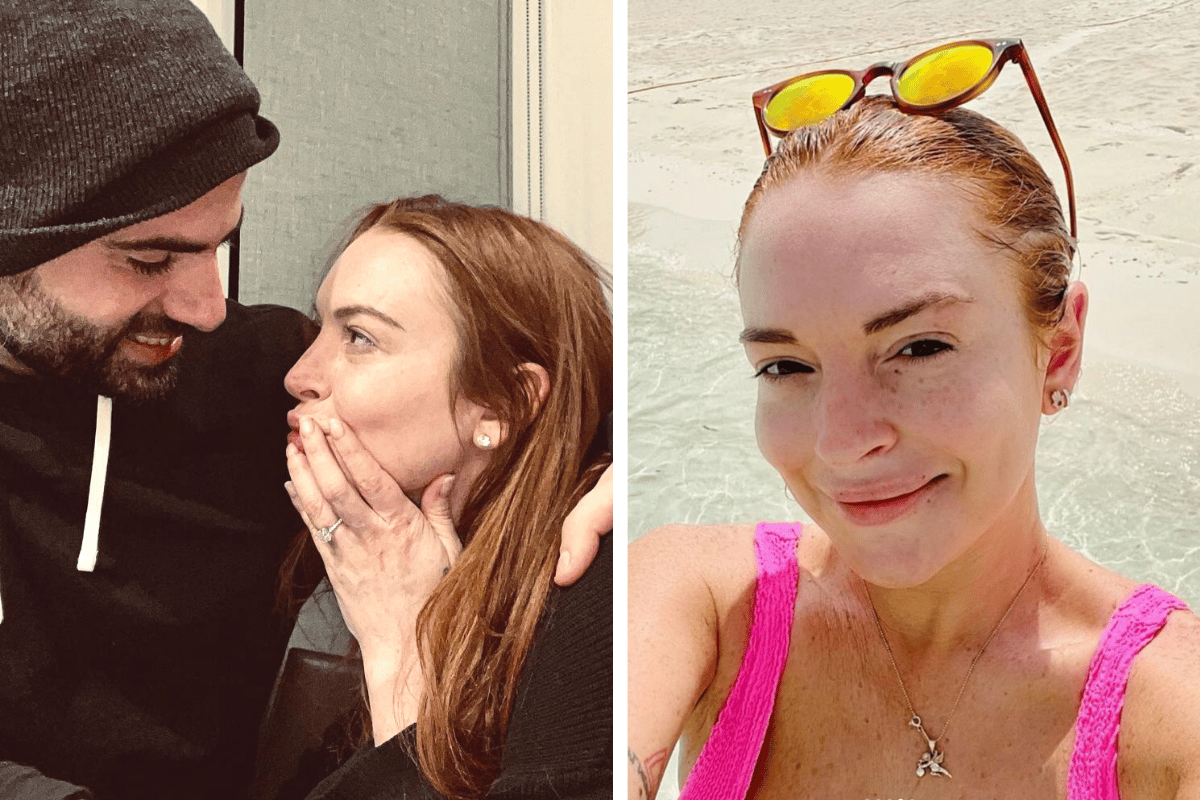 This post deal with domestic violence, and could be triggering for some readers.

Lindsay Lohan has lived quite the life in the public eye. But it is only in recent years that the actor has sought a more private existence, deciding to live in Dubai where she has been able to escape from the paparazzi.

However just this week, Lohan shared that she is now engaged to her partner Bader Shammas, a relationship she has mainly kept away from the spotlight, until now.

We thought it perfect timing to look back at the 35-year-old's life in and out of the spotlight, including her childhood, career, and public relationships.

Born in 1986, Lindsay was raised in New York City by parents Dina and Michael 'Mike' Lohan.

The Mean Girls actress is the eldest among her four siblings, including sisters Aliana and Ashley, and brothers Michael and Dakota 'Cody'.

Lohan’s father, Mike, a former Wall Street trader, has made headlines over the years due to his legal issues, prison terms and assault charges.

He was imprisoned for insider trading from 1990 to 1993, and served another year in 1997 for violating his probation. In 2004, he was charged with attempted assault and convicted of drink driving. He served another two-and-a-half year term, finally being released in 2007.

Over the last decade, Lindsay Lohan has had a much-reported rocky relationship with her family, especially her father.

"He's put myself and my mother and my mum’s parents through so much hell," Lindsay told Vanity Fair in 2010.

"From the death threats to throwing shoes at my grandfather’s head and giving him a concussion, to threatening to kill my mother in front of my little brother." 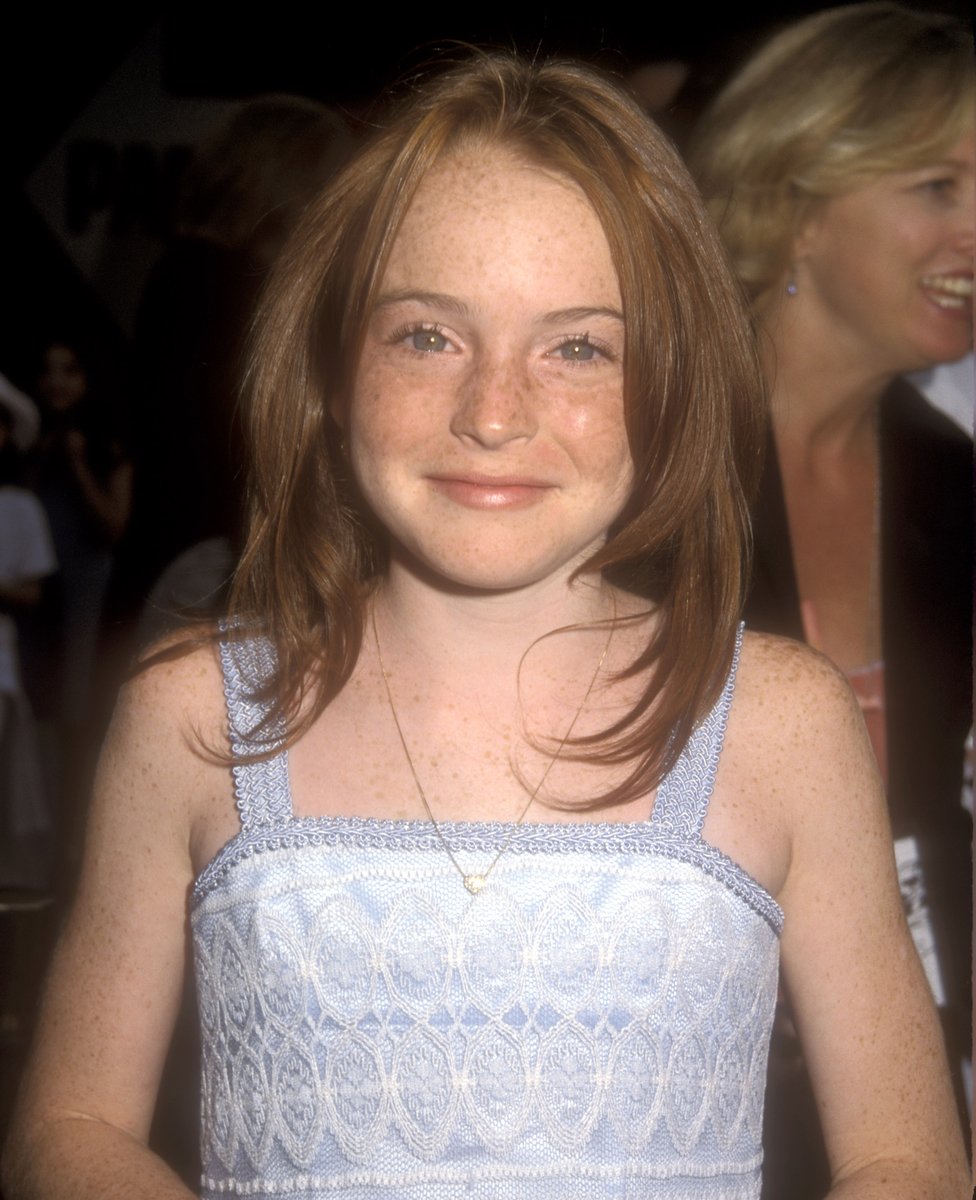 Lindsay Lohan at the Parent Trap premiere in 1998. Image: Getty.

Amid her challenging childhood, Lohan's family were still able to secure a bright future for the eldest child. Lohan starting as a child model aged three and a regular acting spot on a popular American soap at age 10.

But it was Parent Trap that was Lohan's big break at the age of 12. 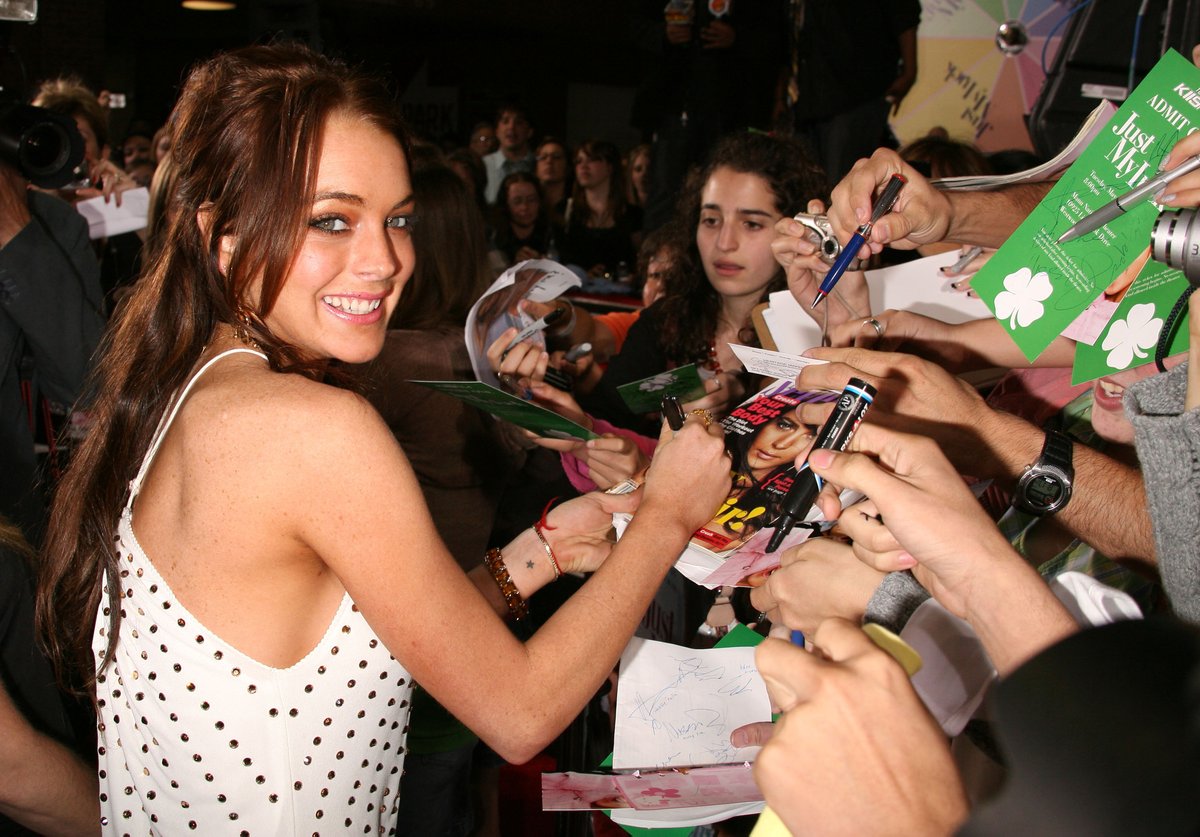 But it was Lohan's leading performance in Mean Girls that catapulted her to a level of fame even she could not have anticipated. The teen comedy grossed US $130 million worldwide and developed a cult following.

Just recently in late 2020, Lohan spoke virtually with some of the other cast members from Mean Girls for a reunion.

Lohan shared that she initially wanted to play Rachel McAdams' character Regina George in the film.

"I really wanted to play Regina because I had just done a movie, Confessions of a Teenage Drama Queen, where I was kind of like a weirdo in it and I was like, 'But I want to do a movie where I get to dress pretty.' The more that I read the script over and over, I started to really relate to Cady and her sensitivity," Lohan said.

After an acting hiatus for multiple years now, Lohan revealed this month she is returning to acting in a new Christmas movie.

She will be starring alongside Glee actor Chord Overstreet in the Netflix rom-com, expected to be released during the festive season of 2022.

Lohan will star in the film as a "newly engaged and spoiled hotel heiress who finds herself in the care of a handsome, blue-collar lodge owner and his precocious daughter after getting total amnesia in a skiing accident," Netflix said.

Back in 2004, Lohan was caught in a love triangle with fellow Disney star Hilary Duff over singer Aaron Carter.

At the time, Duff was playing Lizzie McGuire and Lohan was getting ready to star in Mean Girls. 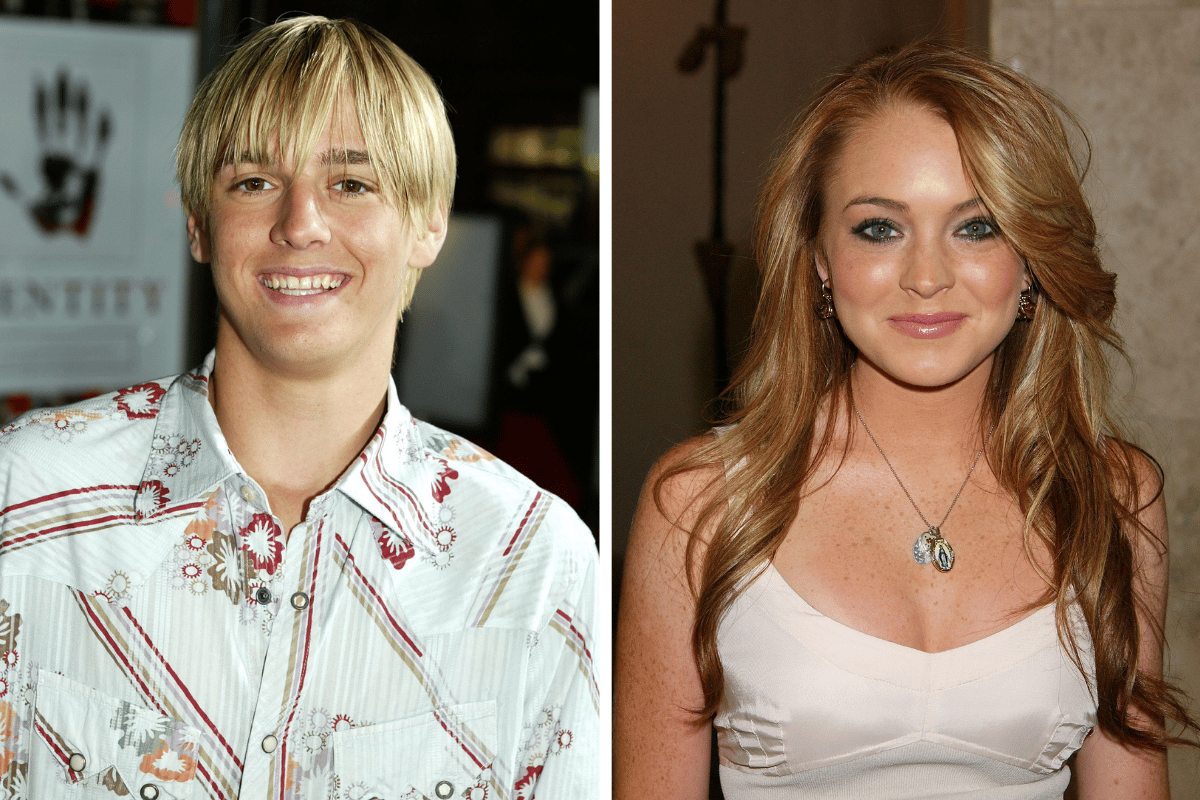 Image: Getty. Duff and Carter originally started dating in 2001, after meeting on the set of Lizzie McGuire. Over a year later, Carter began seeing Lohan.

“I just got a little bored [with Duff], so I went and I started getting to know Lindsay, dating Lindsay,” Carter said in a 2005 interview. 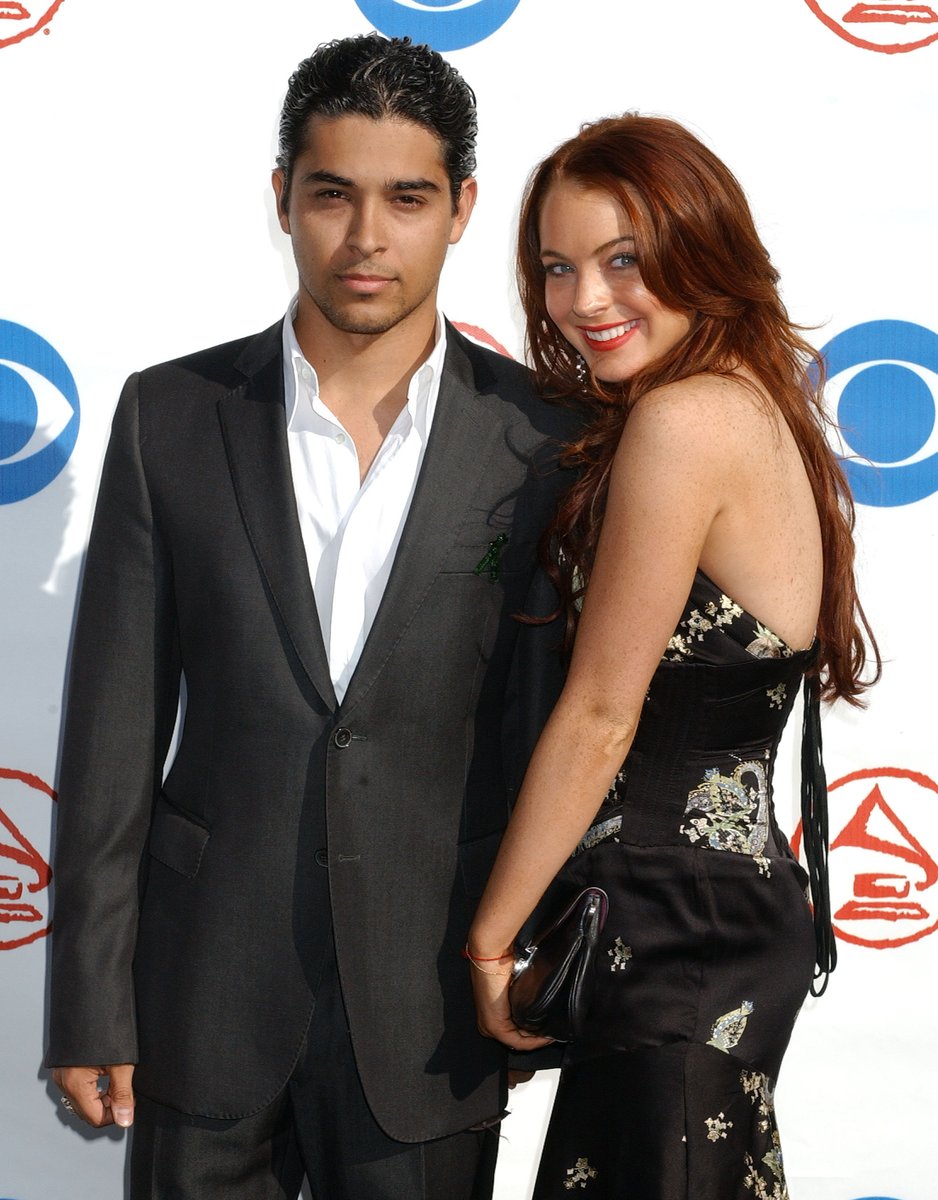 Image: Getty. After the saga with Carter, Lohan went on to date That 70's Show actor Wilmer Valderrama. They reportedly started dating when Lohan was 17 and he was 24, but they soon split after going public with the relationship.

Although their relationship was short-lived, Lohan told American radio host Howard Stern that he was her first high-profile boyfriend. 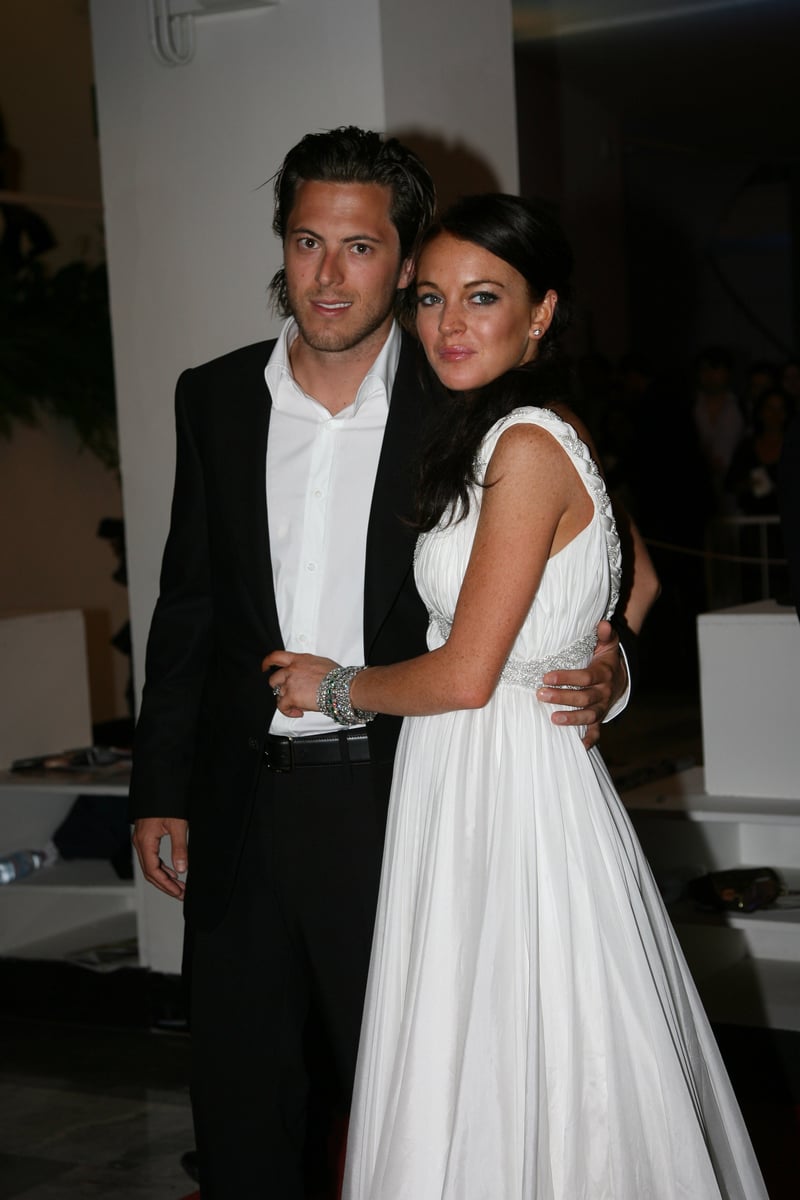 In 2006, Lohan was dating Harry Morton, an American restaurateur who then later was linked with Demi Moore, Paris Hilton and Britney Spears.

The pair split in late 2006, reports from People Magazine suggesting it was due to Lohan's "partying and drama".

In 2019, Morton died at the age of 38 due to a sudden cardiac event - no drugs or alcohol found in his system.

Lohan took to Instagram at the time to pay tribute to her ex, sharing a photo of the two of them and captioning it: "Best friends. Best life." 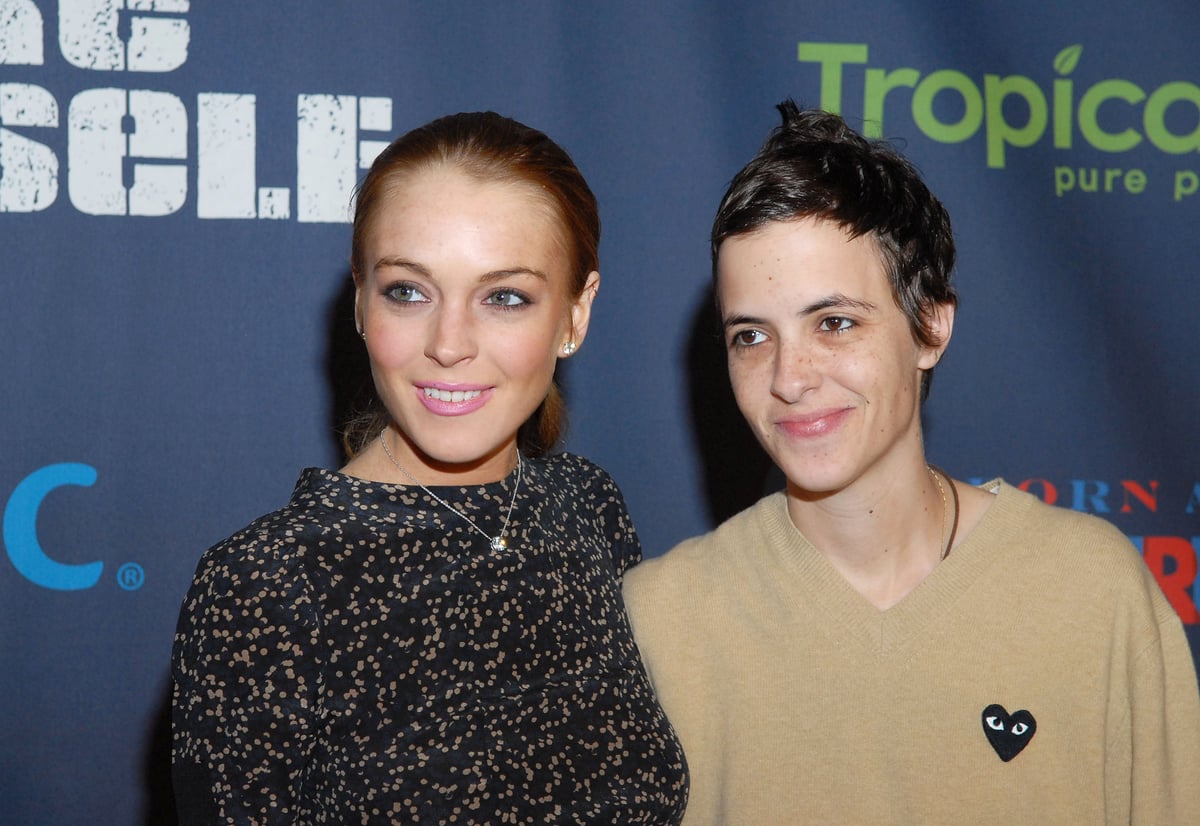 Image: Getty. Samantha Ronson, the sister of major music producer Mark Ronson, is a DJ and previous partner of Lohan's.

Reflecting on the relationship in the present context, Lohan said to Howard Stern, she and Ronson were better off being friends rather than romantically coupled: "We were always more like best friends."

Leading up to her relationship with Russian businessman Egor Tarabasov, Lohan was seen out on a few dates, but declared it as nothing serious. 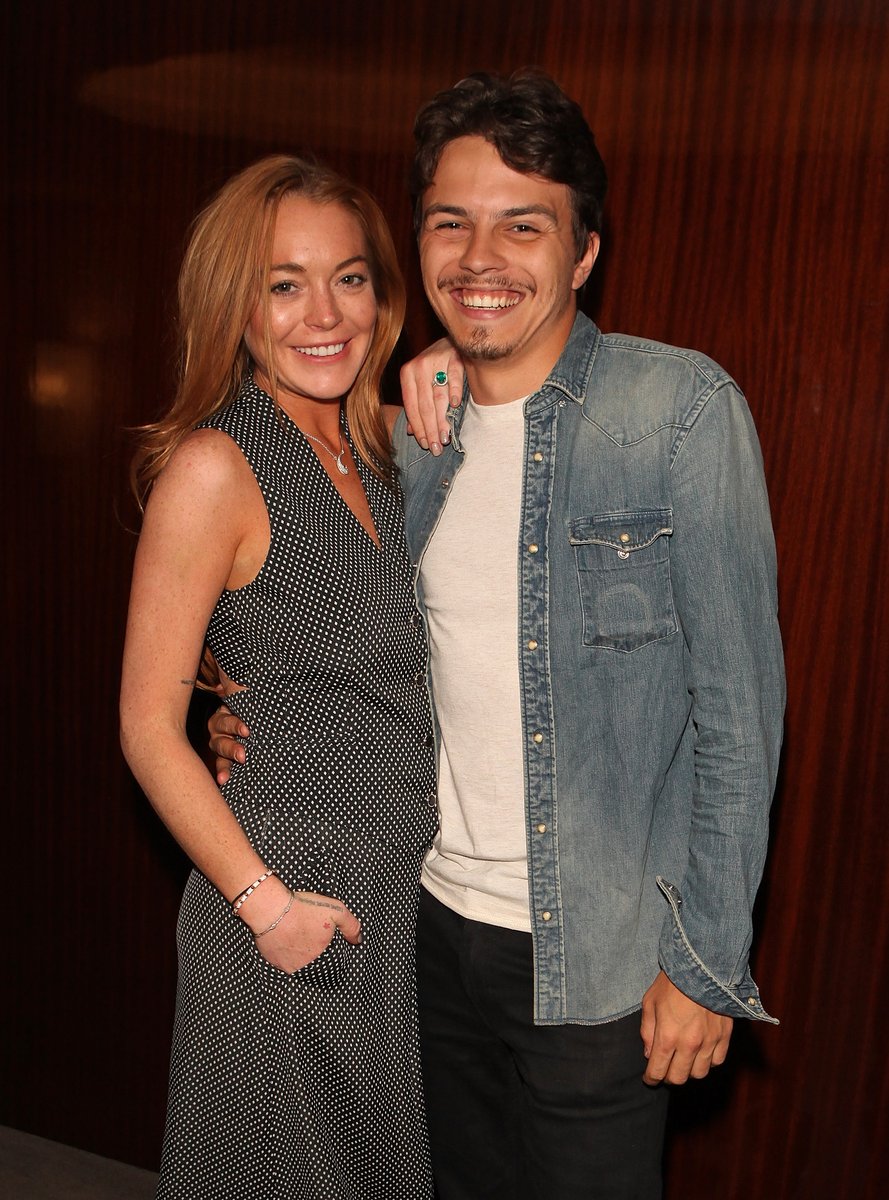 Image: Getty. In mid-2016, images were released to the public showing a violent altercation between Tarabasov and Lohan on a beach in Mykonos.

In an interview with the Mail on Sunday before their confirmed split, Lohan alleged she had experienced abusive behaviour at the hands of Tarabasov, and that the relationship was likely over.

"The truth is, I wanted to make things work, but now I’m not sure that I can," Lohan said. "I've kept quiet for so long but now I’m scared of what Egor might do to me and to himself."

"All I wanted was to get married and settle down. I've always wanted four kids and Egor and I talked about having a family."

Referencing the video showing the altercation, Lohan said: "It's not the first time. That's the problem. But this time, someone saw."

Lohan and Tarabasov announced their split soon after Lohan's interview in 2016.

35-year-old Lohan took to Instagram this week to announce her engagement to her boyfriend, Bader Shammas.

"My love. My life. My family. My future. @bader.shammas #love 💍," she captioned the post.

Rumours of their relationship first began in February 2020, when Lohan shared a now-deleted snap of Shammas.

A spokesperson from Rare Carat told Page Six that the engagement ring's retail value is estimated to be around US $250,000.

Lohan and Shammas are settled in Dubai.

“I felt so relieved when I moved everything over from London to Dubai. I would love to own a place in New York, and that’s something I will look into in the future, but right now I’m okay with where I live," she said to W Magazine.

"There's a certain calmness that I find there [in Dubai]. There’s no paparazzi, no cameras; that’s a big deal for me."

In 2019, Lohan told Howard Stern what she was looking for in her next relationship.

“I want to date a guy that’s a businessman: doesn’t have Instagram, doesn’t have social media,” she said, “and is completely off the grid in terms of that kind of stuff.”

So it worked out perfectly that Shammas ticks every single one of those boxes.