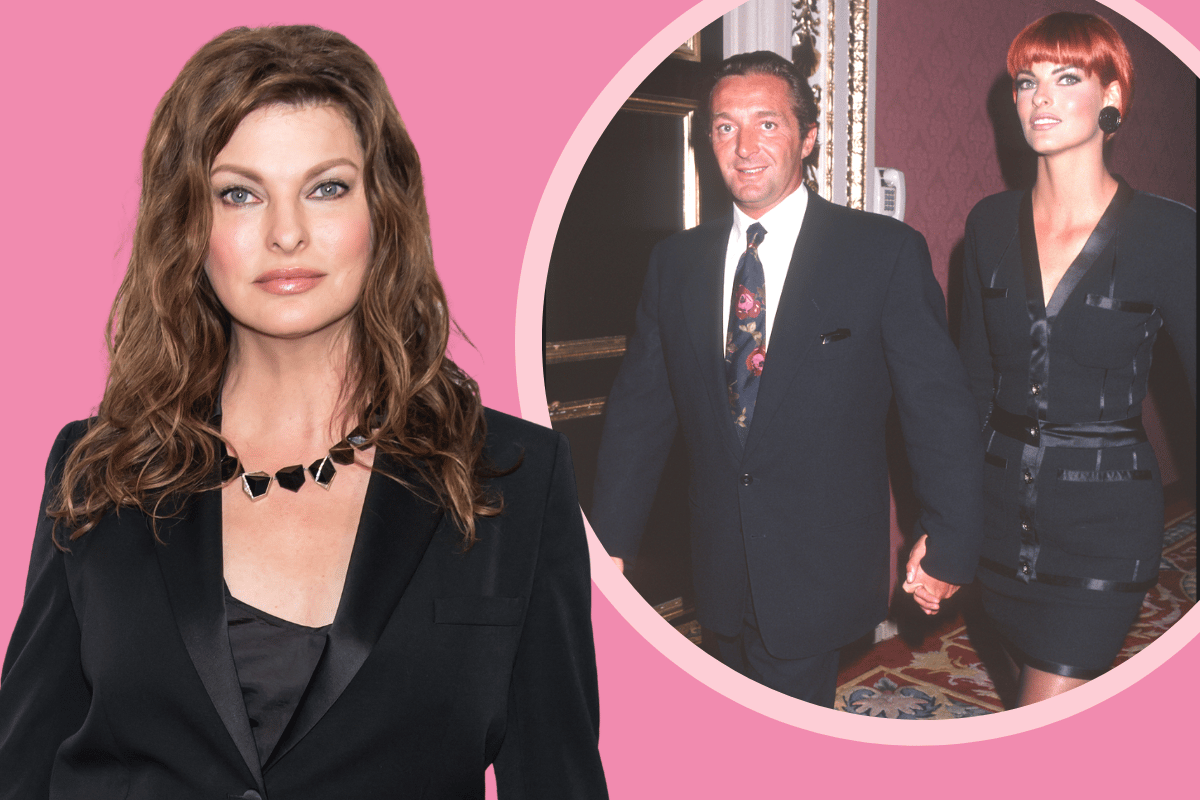 In the 1980s and 1990s, Linda Evangelista was one of the most recognisable people in the world. The Canadian model was a muse for fashion luminaries including Versace and Lagerfeld.

But Evangelista was also married to the man labelled 'the Harvey Weinstein of the fashion business,' a modelling agency businessman and French mogul called Gerald Marie.

At least 15 women have publicly claimed they were sexually assaulted by Marie while working as models in the last 40 years. The group is now calling on French lawmakers to abolish a law which determines how long victims of sexual assault have to report to the authorities.

With the fashion and modelling industry in the midst of their own #MeToo movement, we unpack the relationship between Evangelista and Marie, the accusations against him and what is being done now.

As Evangelista's star rose professionally in the early ‘90s, her personal life was anything but rosy.

Throughout the ‘90s, Evangelista was one of three supermodels dubbed the 'Holy Trinity' along with Naomi Campbell and Christy Turlington.

But it was during this time that she was divorcing her husband of six years, French modelling-agency boss Gerald Marie.

For a time at least, on the outside they were the ultimate power couple with a unique professional and personal partnership: one was the world’s most powerful agents and the other the world’s most glamorous supermodel. 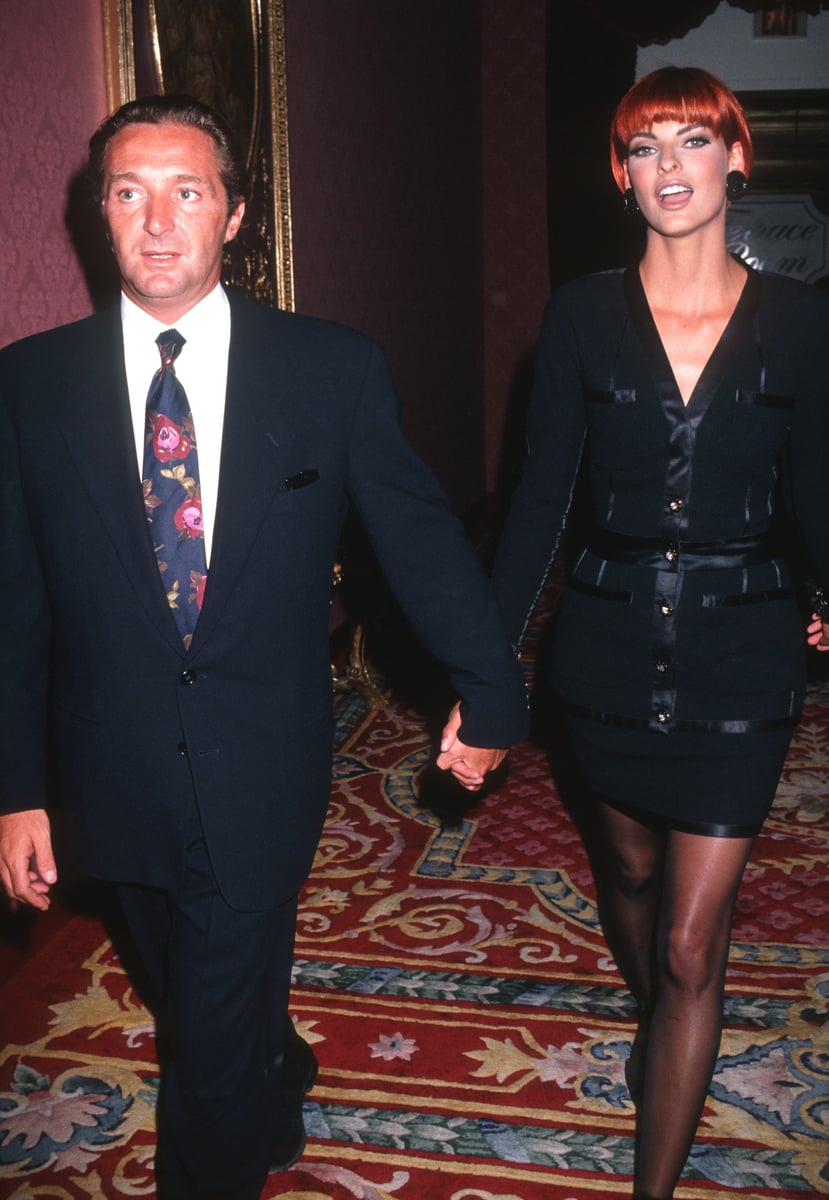 Image: Getty. When asked on a Canadian television program in 1991 if she was jealous of the young women Marie worked with, Evangelista said: “All those great faces bring profits to his company which I get to help spend. Haha no, I’m not threatened, I achieved all I wanted to achieve.”

By 1993, the couple had decided to separate.

Yet it is alleged that before, during and after their marriage, Marie sexually assault, harassed and raped some of the women he worked with, something Evangelista says she was completely unaware of.

It is important to note that Gerald Marie has categorically denied all the allegations we are about to detail. He has not been criminally charged, though there is an investigation underway into these allegations in France.

Men in positions of power within the modelling and fashion industry at this time had a reputation for being inappropriate with women. 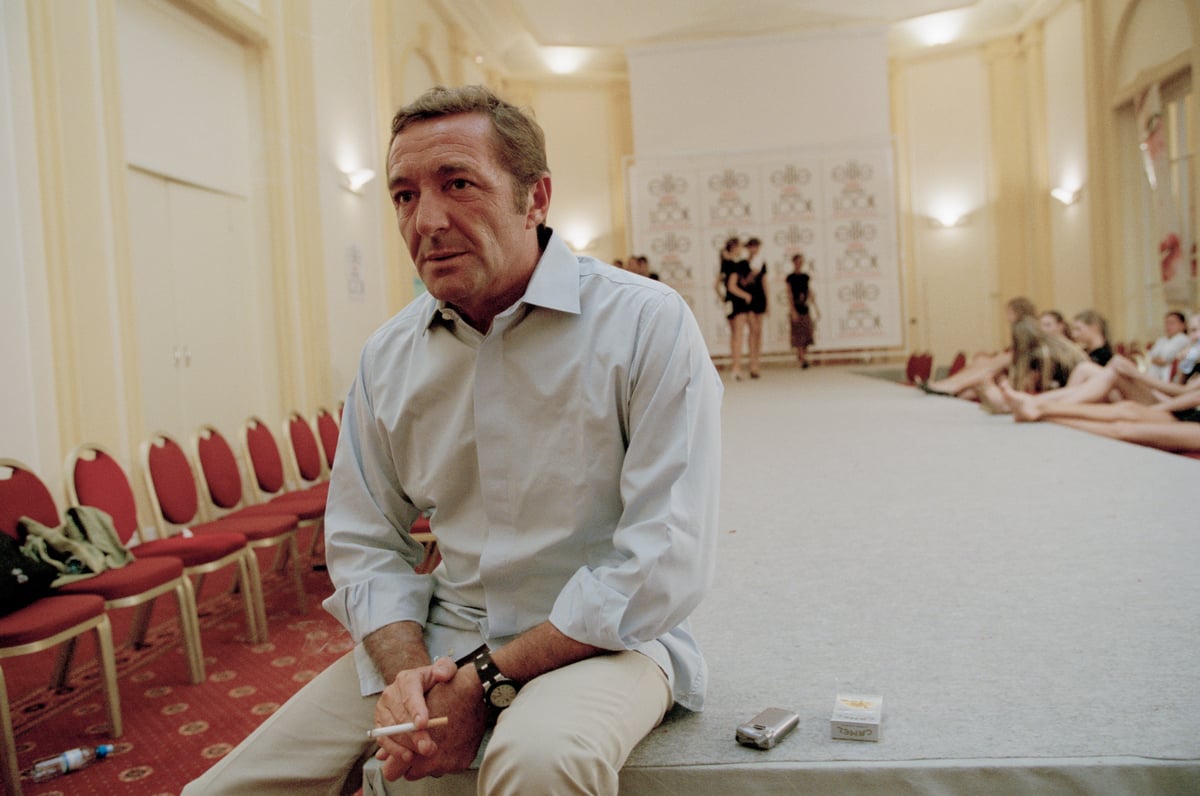 Image: Getty. In the ‘80s, Sydney-based model Nicole Bonython-Hines was working on shoots in locations all over the world, including Milan and Paris, where she met Marie.

“These guys were just gross and handsy and, and it was just expected that these models would go home with them,” she said on Mamamia’s podcast Extraordinary Stories this week.

“Night after night, we would be at someone’s house: you know, 18-year-old, 19-year-old girls and these 45 to 55-year-old men. And the same thing would happen in Paris, like it was just standard. It was gross.

“And that Gerald... I met him on a few occasions. He was awful.” 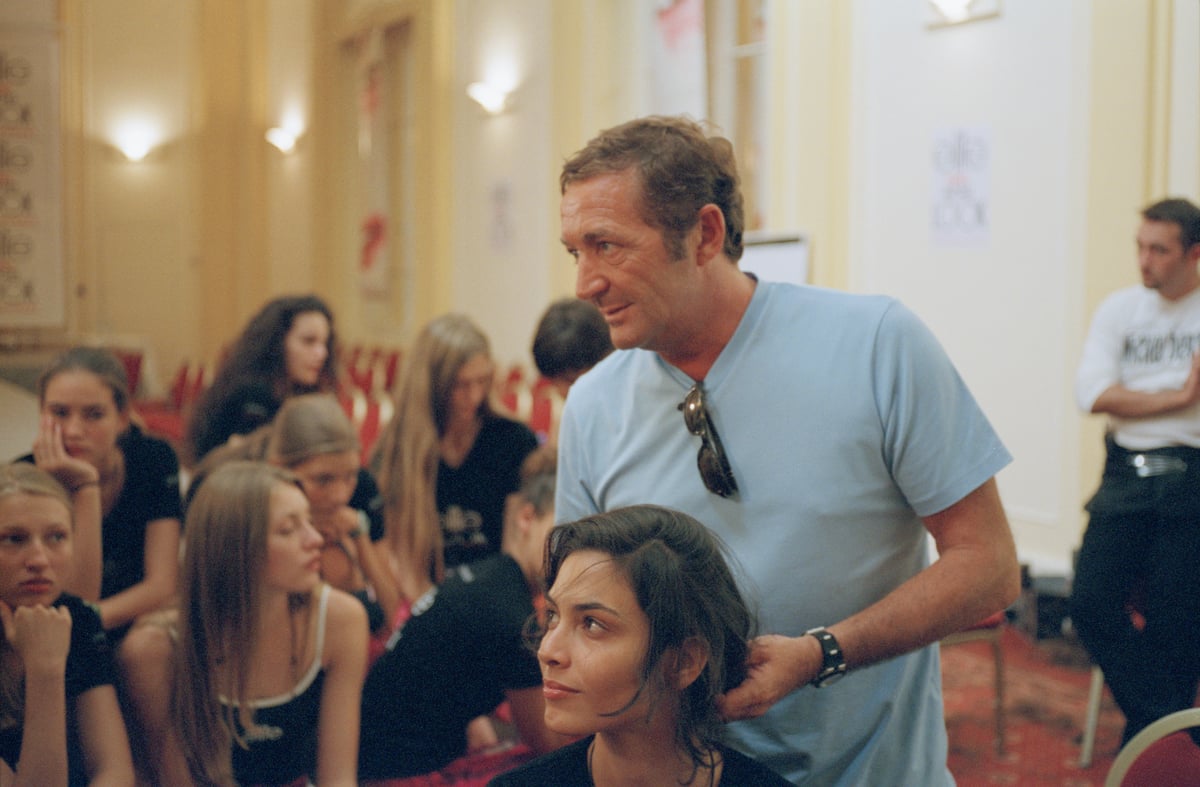 Image: Getty. Sadly, she wasn’t the only woman to experience this, given sleazy and sometimes allegedly predatory behaviour was an open secret in many industry circles.

Laurie Marsden is one woman at the centre of the #MeToo movement currently unfolding in the fashion industry today.

In 1982, Marsden was just 17 when she was offered her first career contract, deciding to relocate to New York.

It didn’t take long before Marsden met with Marie. At that time, he was in charge of an agency called Paris Planning.

Marsden had begun building an impressive portfolio throughout Europe, and at the time Marie was growing into an ever-powerful figure in the business, meaning the two were bound to meet. 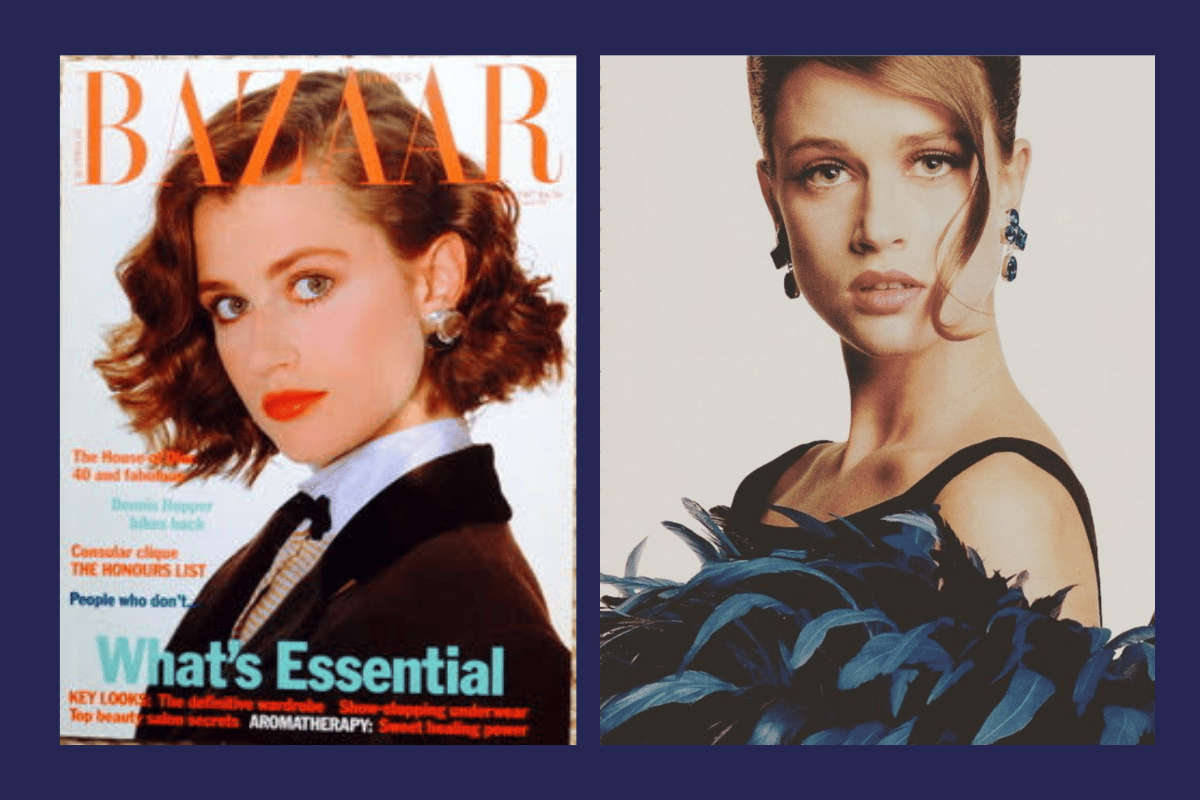 Laurie Marsden on the cover of Australia's Harper's Bazaar in 1987. Image: Supplied.

One night, Marsden was invited to a networking house party, filled with models, business people, designers, and industry folk. Marsden found herself spending most of the night chatting with Marie.

“He and I talked for quite a while which I felt, you know, sort of honoured because, you know, he was the head of the agency,” she said on Mamamia’s podcast Extraordinary Stories this week.

“He basically said he was gonna make me a star. I was really happy of course, by the attention and what he was saying.”

Swept up in Marie's words of praise, Marsden hardly noticed that the party had begun to wind down, people going home.

“I just asked to use the bathroom before I left and he pointed me to where that was. So, I went in to use the loo and when I came out, he was there waiting for me. It all happened so quickly.”

She will never forget what she alleges came next.

“He pushed me into another room and jumped on top of me. I was on a bed and he tried to rape me, sexually assaulted me. I struggled obviously and there was a lot of you know, my telling him to stop but I was it was all very quick and very upsetting. Obviously.”

Marsden says she doesn’t know how she managed to crawl out from under him. But she did. And she bolted.

At the time, Marie was in a relationship with another model and they had only recently had a baby girl together. And that’s how Marsden says she thought of him: as a family man, not expecting his behaviour at all.

“It never occurred to me that he would attack me like that. There was never any flirtation or never any suggestion. So, it really took me took me off guard.” 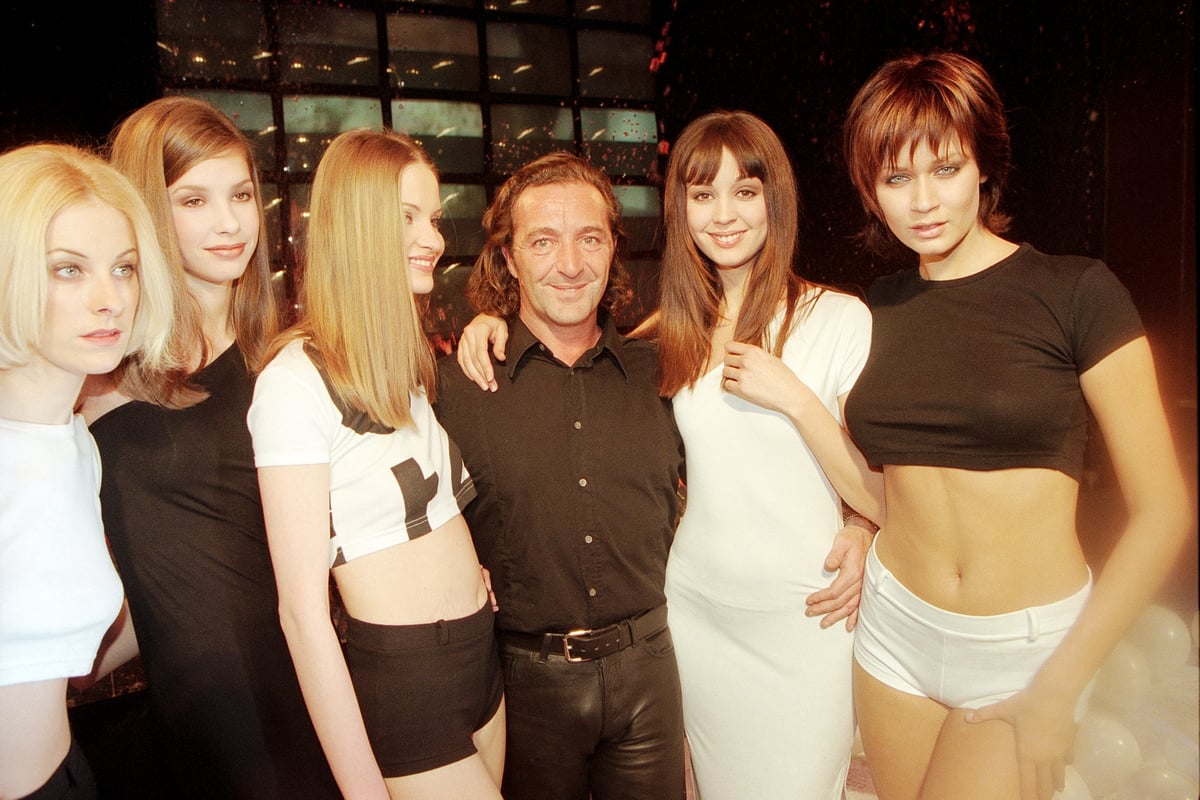 Image: Getty. In 1987, it is alleged that Marie sexually assaulted another woman, model Carrie Otis.

At the time in question, Carrie was 17, and was invited to stay in the spare room at the apartment shared with Marie and Evangelista.

While Evangelista was away on assignments, Otis says Marie repeatedly raped and sexually assaulted her. Then, with no other job, or place to go, came the threats.

“It was made very, very clear that if I protested his advances and the relationship that he wanted that it would impact my career. And that's exactly what happened. As soon as I did push back, I didn't work in France again,” Otis said in an interview with NPR last month.

In 1999, a BBC documentary tried to expose Marie's alleged abuse, along with the existence of underground sex-trafficking among modelling agencies.

For this documentary, an undercover journalist named Lisa Brinkworth posed as a model. She attended events and parties while learning about the world inside one of the agencies.

But soon she unwittingly became a victim in the story she was trying to expose.

“All of a sudden he just came over, and he was on top of me. At the time I was in shock… I was absolutely violated. I burst into tears it was a bit unprofessional,” Brinkworth said.

The quote is from the time of the alleged assault, and was not included in the 1999 BBC documentary she was a part of. The quote from Lisa was only recently leaked to Channel 9’s 60 Minutes, after it was buried for more than 20 years due to a legal case launched by Elite Models.

The women speaking out against Gerald Marie.

At least 15 women publicly claimed they were sexually assaulted by Marie while working as models in the last 40 years.

The group is now calling on French lawmakers to abolish a law which determines how long victims of sexual assault have to report to the authorities. As it stands, 20 years for adults, and 30 years for minors.

The women are having their voices heard, saying “rape should not have an expiration date.”

“Like a lot of sexual assault survivors, it took me years to be able to process the abuse, let alone to speak about it publicly,” Otis said in a statement while in Paris.

Laurie Marsden understands why these women couldn’t speak up until recently. After she left modelling, she studied psychology. Now at her practice in Brisbane she helps others unpack with their trauma.

Even with her understanding of how the brain deals with such events, it has still taken her decades to open up about her experience publicly. She says that’s incredibly common.

“It's been quite a whirlwind, actually. We've accomplished quite a lot in the last year. We are looking at more survivors coming forward, we're really hoping. I think just the fact that we’re able to hold him accountable and in the public forum, at least is good,” Marsden said on the Extraordinary Stories podcast.

“I’m personally looking for accountability and change. So, I want to see people held accountable for crimes they've committed. And I want to see a change happening in the systems that have historically protected these types of predators.”

This week, Marsden posted on her Instagram a video of the women who are calling for change.

“Standing together for the first time in person, these brave and wonderful women got together for the Paris testimonies and press conference. EJ [one of the other survivors] and I were there via video link,” she wrote.

“As a psychotherapist for 24 years I have listened to and treated many, many trauma survivors. Coming forward as a survivor myself has been a difficult but important journey.”

“We’re sort of in a club that nobody wants to be in,” Laurie said in an interview with 60 Minutes this week. “And then of course we are still looking for someone within the statute of limitations to come forward and then we will have a good case.”

One woman, however, did manage to escape Marie.

The details of Evangelista's relationship with Marie and eventual split from him have never been publicly shared.

Listen to the latest episode of Linda Evangelista: The Supermodel Who Vanished. Post continues after audio.

But in September 2020, when the allegations against her ex-husband came to light once again, she had nothing but support for his alleged victims.

“During my relationship with Gerald Marie, I knew nothing of these sexual allegations against him, so I was unable to help these women,” she said in an interview with The Guardian’s Weekend Magazine. 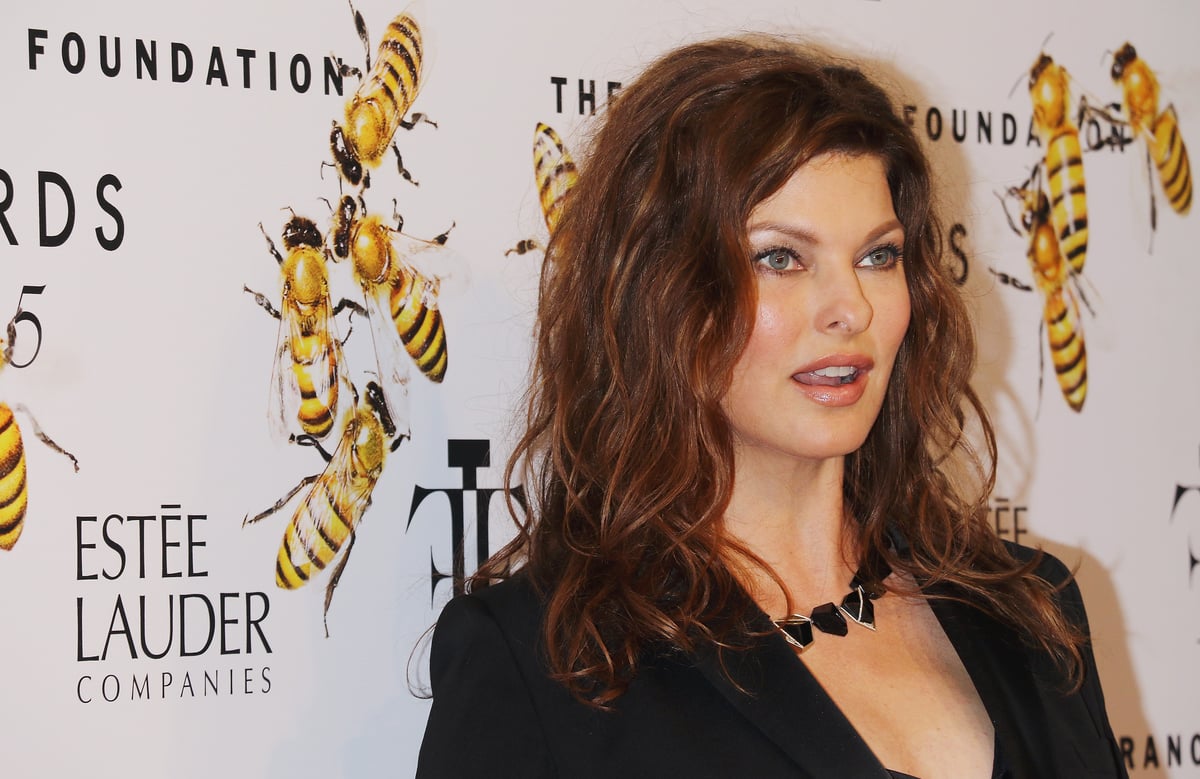 “Hearing them now, and based on my own experiences, I believe they are telling the truth. It breaks my heart because these are wounds that may never heal, and I admire their courage and strength for speaking up today.”

Nicole Bonython-Hines, said in response to Linda’s public statement: “The fact she was in a relationship for six years with him, if he was abusive to her, I don't know that story. But I imagine that you know, she was unable to advocate for herself in that situation.”

“And perhaps, that she’s implying by saying that she supports the victims means that she can understand and empathise what they're going through or have been through.”

Whether any of these women allegedly assaulted by Gerald Marie will get their day in court is up to French lawmakers. But one thing is certain; time is up for abusers across the modelling industry.

For more on this topic, be sure to subscribe to MPlus to gain access to Mamamia’s Extraordinary Stories podcast.