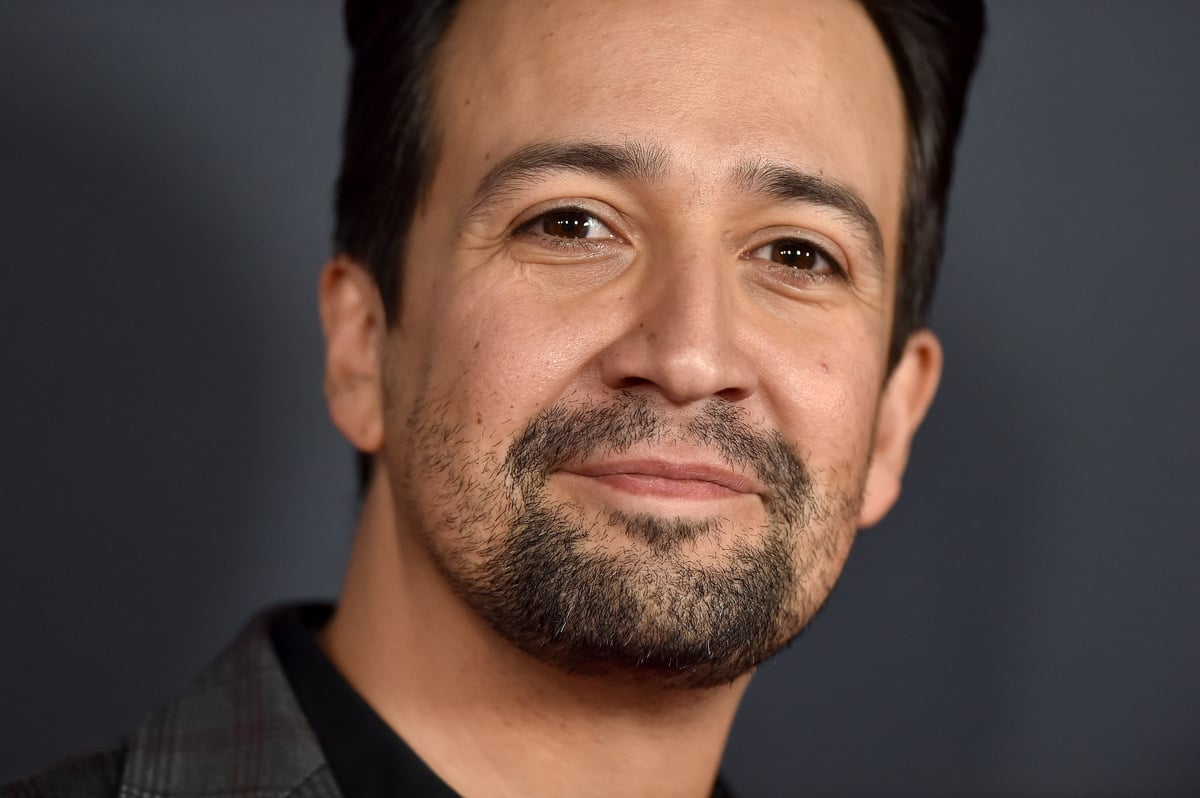 It's been a big month for Lin-Manuel Miranda.

The Puerto Rican songwriter, best known for creating the award-winning Broadway musical Hamilton, recently made his feature directorial debut with Netflix's Tick, Tick... Boom! - a film based on the stage musical of the same name by Jonathan Larson.

Watch the trailer for Encanto below. Post continues after video.

The new release, which features eight original songs written by Miranda, follows the story of the Madrigals, a family who live in a magical house named Casita in the mountains of Colombia.

As the story goes, the Madrigals are no ordinary family.

At five years old, each of the Madrigals are granted a magical gift - from changing the weather to conversing with animals to shape-shifting.

Unlike her siblings, Mirabel didn't receive a unique magical gift.

For Lin-Manuel Miranda, who previously worked on the Disney animated musical Moana, Encanto was an opportunity to join a Disney project from the ground level.

In fact, after working on Moana, Miranda told the studio: "If you’re doing a Latina-themed anything, I’ll sharpen pencils; I just want to be in the room. And I want to be on the ground floor so I can help with the story."

Speaking to Mamamia during the film's virtual junket, Miranda shared that his early involvement in the film was "so exciting" as it allowed him to shape the story and the music simultaneously. 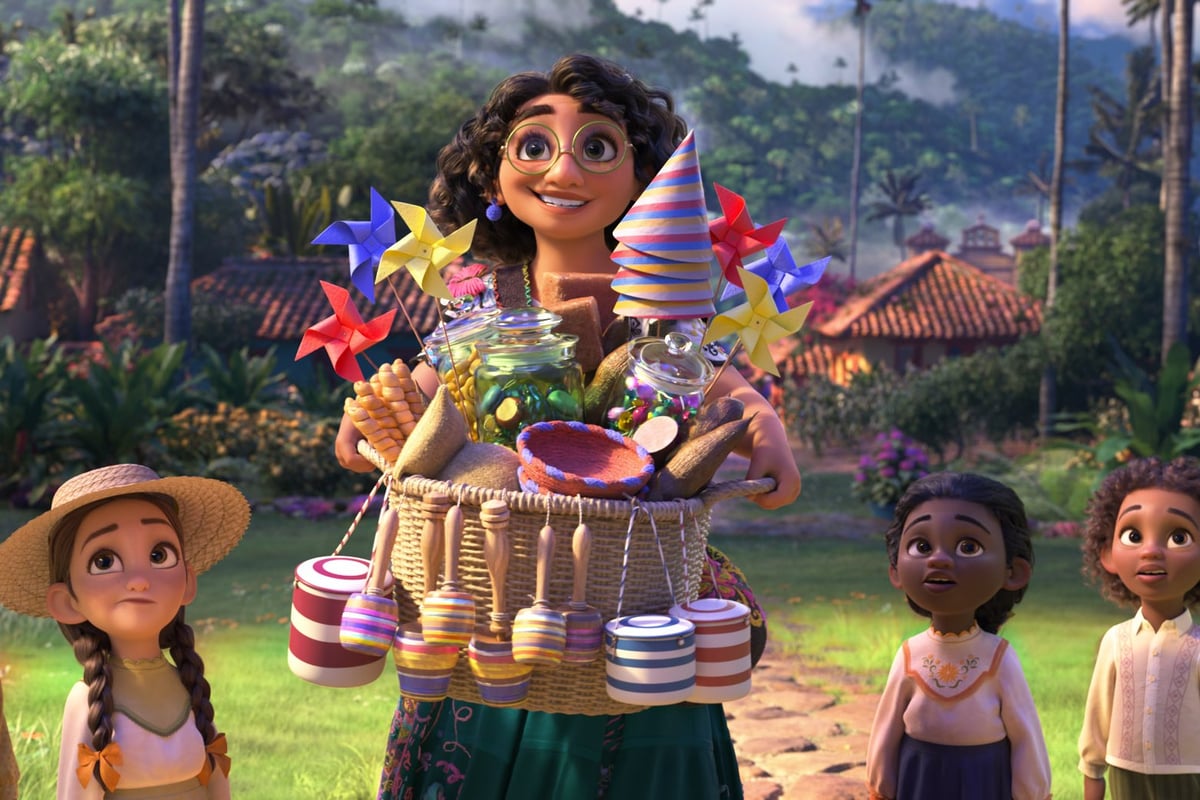 "It means everything. It means I can be as involved as Howard Ashman and Alan Menken were in the early days of The Little Mermaid," the 41-year-old shared.

"To be involved from a story standpoint is to have a real back and forth with the writers and directors and animators in terms of what music can do and how music can amplify and fast forward and distill the storytelling we’re doing with this film. And it just made such a difference," he continued.

"To me, it just felt so exciting to try to get our arms around this incredible family, and figure out when music takes the lead in telling the story."

While working on songs for the new Disney movie, Miranda travelled to Colombia to research the country's music, taking inspiration from local musicians along the way.

The composer was also inspired by the soundtracks of classic Disney films, including Beauty and the Beast's opening track 'Belle', which introduced viewers to all of the film's main characters in one song.

Unlike films like Beauty and the Beast and The Little Mermaid, however, Miranda was contending with 12 main characters, who were all introduced in the film's opening song, 'The Family Madrigal'.

"It’s hard to do. When you think of the Disney movies that you love, it’s Moana, or it’s The Little Mermaid. It’s one or two or three main characters, but we have 12.

"So to that end, one of the first things we wrote was the opening number, knowing the character’s names might change, and their powers might change. But it’s really important that we lay out Mirabel telling us about her family - here’s Abuela, here are her kids, here’s who they married, here are their kids, and here’s what everyone can do," Miranda told Mamamia. 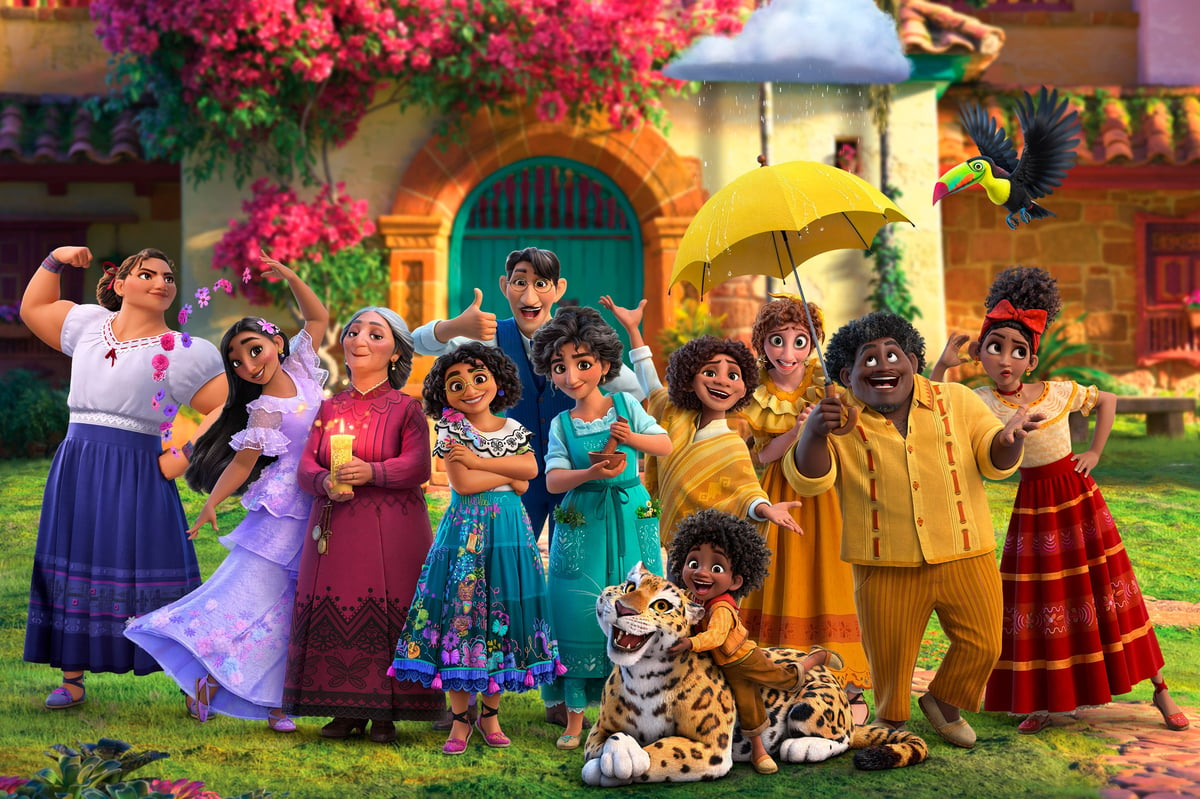 "And then, of course, the delicious turn of the town's kids [asking Mirabel], 'Well, what do you do?' And Mirabel being like, 'Oh. I don’t really want to talk about that.' And then recapping everyone’s powers again, at three times the speed," he continued.

"So that was really exciting to sort of provide the guideposts of what this family is and what they represent to this town and writing songs so early in the process."

After the astronomical success of Hamilton, one can only imagine what it might feel like to approach new projects.

Especially when the world is suddenly looking at you with such sky-high expectations.

But to Miranda, tackling new projects post-Hamilton has actually been freeing.

"My answer to that was to do so many different things at once that no one can actually tell what my sophomore project is," Miranda shared.

"I was writing Moana at the same time as Hamilton, so a lot of people experienced Moana as the next thing after Hamilton, but really, they happened at the same time. And then I went and did Mary Poppins Returns," he continued.

"And, you know, I am very at peace with the fact that Hamilton is separate and bigger than me. The way in which that thing has gone off into the world is its own thing. And I have to think of that as freeing.

"Now I can make whatever I want. Because all I can do is pick projects that I’m going to learn from and projects that put me in a room with really talented people that will make me a better artist. And that’s what Encanto was five years of. It was just working with great artists at a high level."

Encanto is only in cinemas December 2.