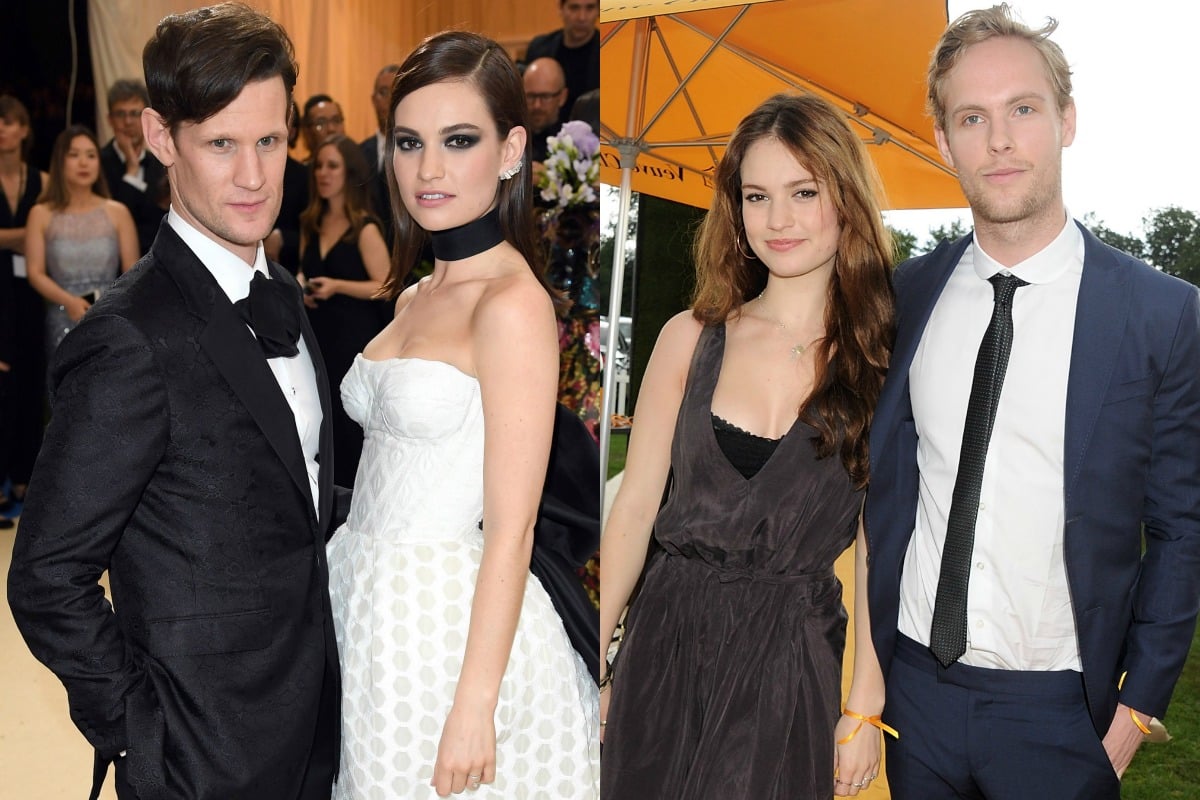 Lily James made headlines last week when she found herself at the centre of an alleged affair with her The Pursuit of Love co-star Dominic West.

Photos of the 31-year-old British actress being kissed by the 51-year-old married actor in Rome quickly made their way around the internet. And a slew of speculation soon followed.

However, West later shut down dating rumours, addressing reporters outside of his London home with his wife Catherine FitzGerald. The couple kissed and posed for photos alongside a piece of paper that read, "Our marriage is strong and we're very much still together. Thank you. Catherine and Dominic."

James, on the other hand, is yet to publicly comment on the situation. And it's not hard to understand why.

The Mamma Mia! star usually keeps her dating life relatively private.  Aside from her five-year relationship with The Crown's Matt Smith, James has only been publicly linked to a few men.

Here's everything we know about her past relationships.

James first met Smith on set while filming Pride and Prejudice and Zombies in 2014. The pair quickly sparked relationship rumours when they attended the Cannes Film Festival that same year. 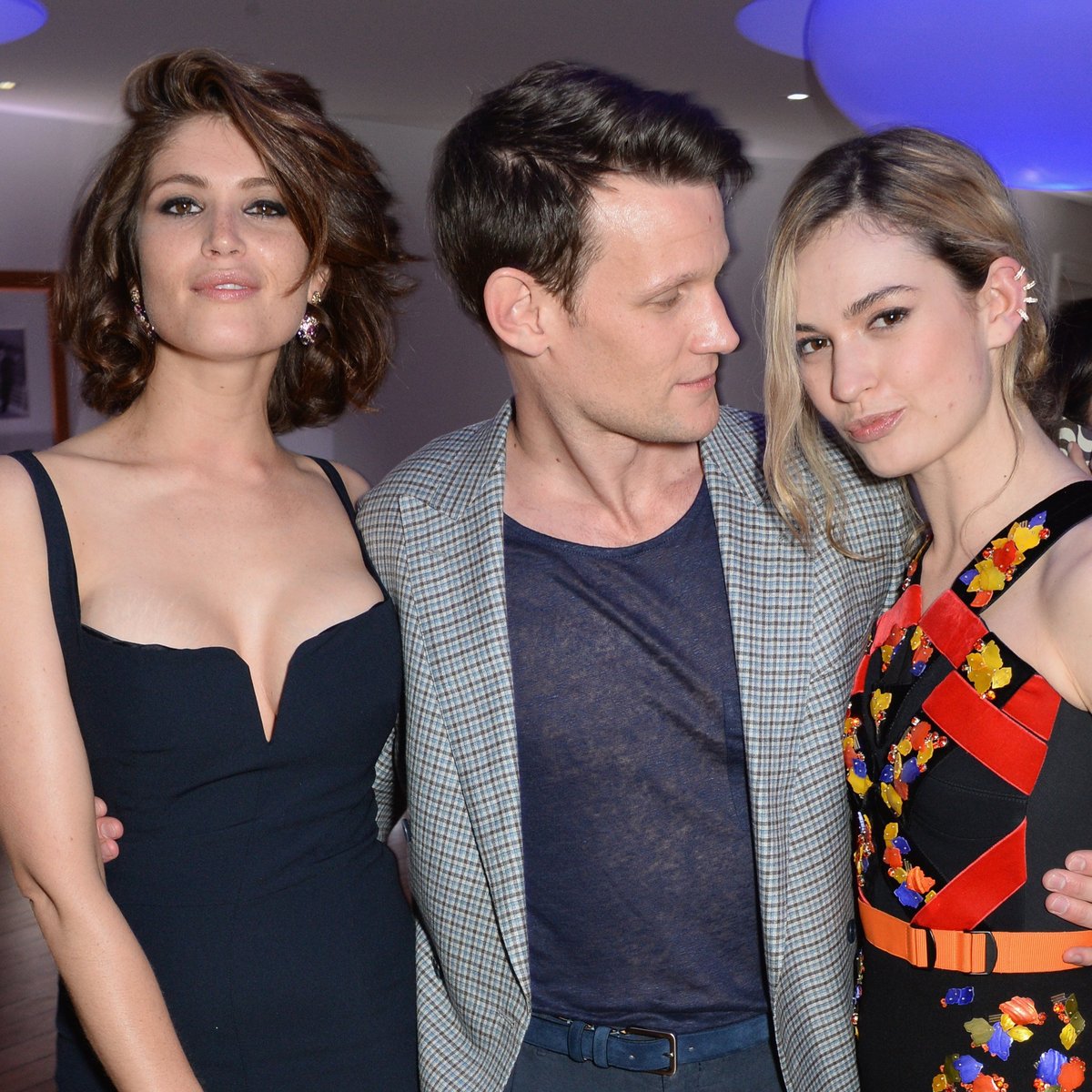 But in an interview with Scottish Daily News, James explained that her and the Dr Who star were simply friends.

"He's just my friend and we hang out a lot. We have the same circle of friends... We get on really well as we have a lot in common with acting," she told the publication.

However, the actors continued to accompany each other to red carpet events and even reportedly moved in together in a flat in London. 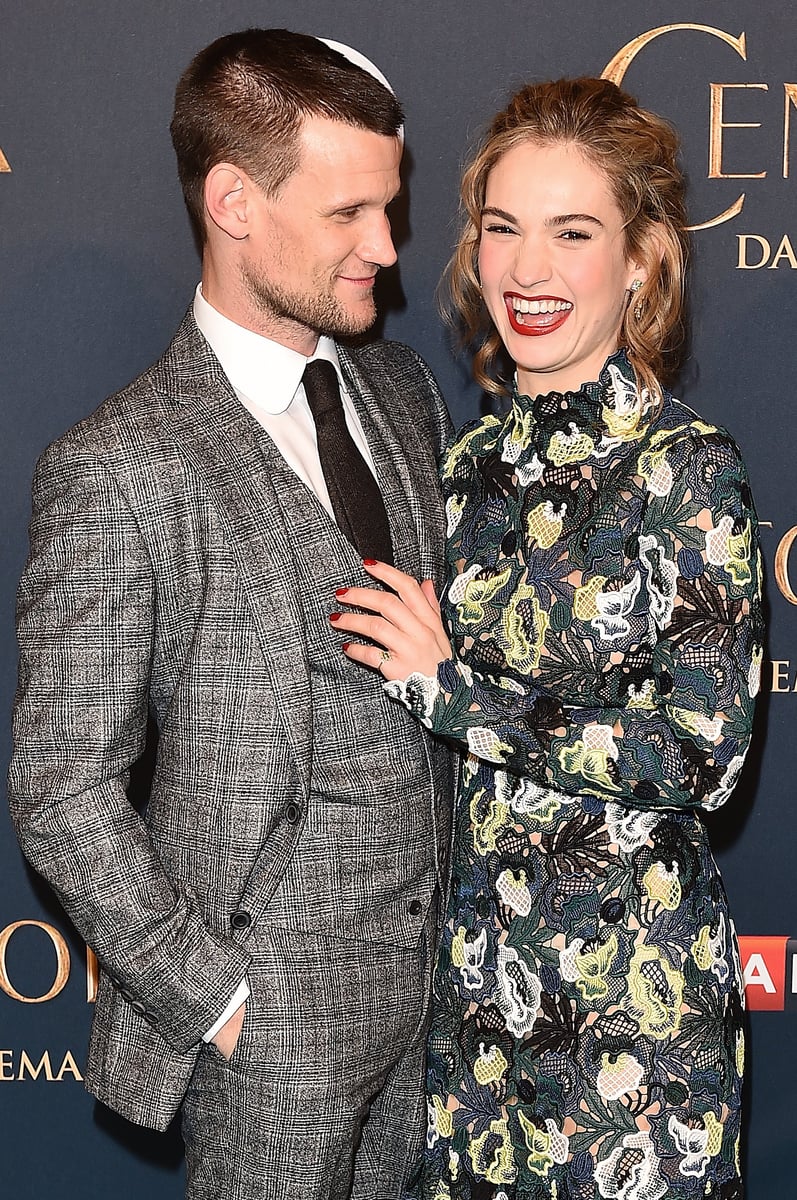 The couple went on to have a five-year relationship but they rarely spoke about eachother to the media.

"In regards to your love life, you’re just entering into a whole [world] of pain if you talk about it," she told InStyle magazine in 2015.

"If you’ve never said anything, there are no sound bites to haunt you when you’re crying into a box of Kleenex after it all goes wrong." 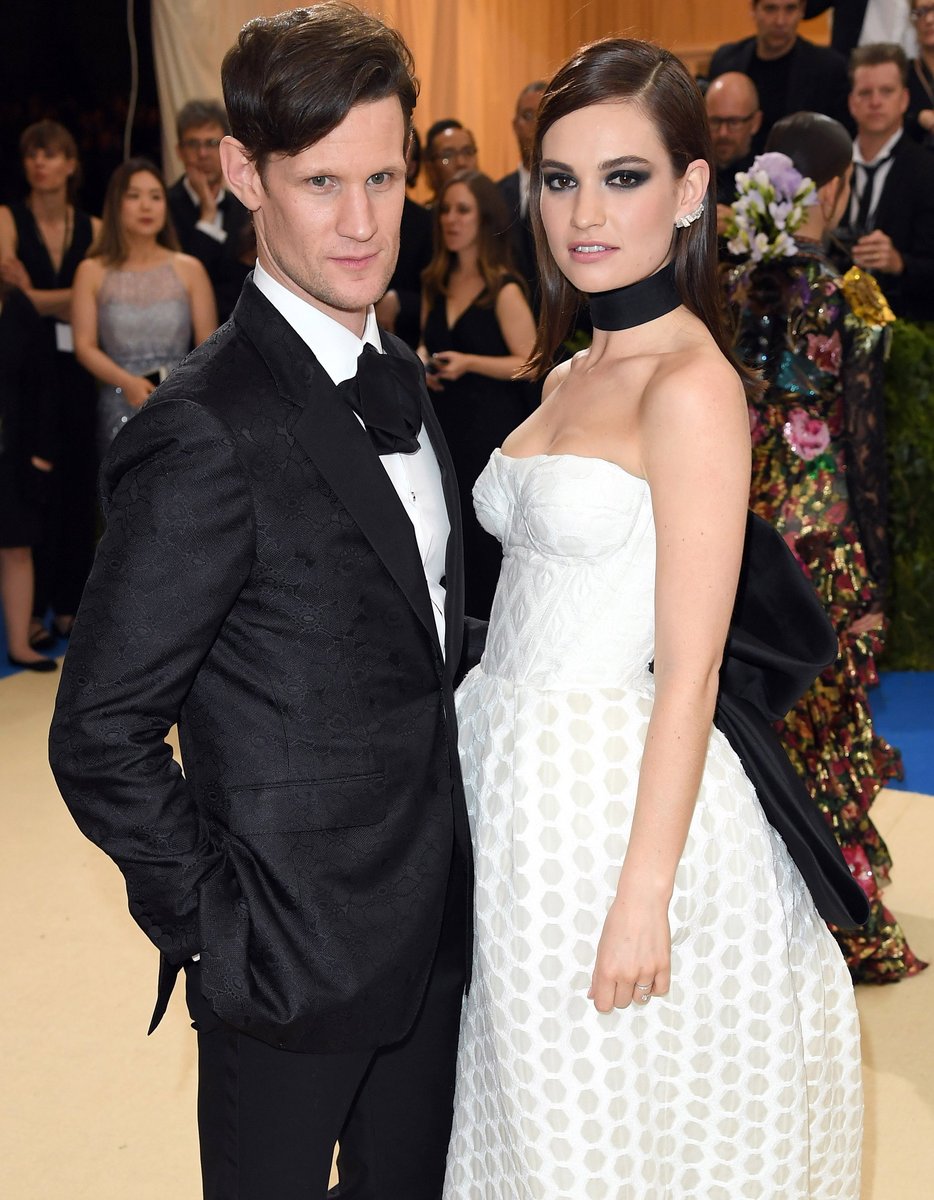 James and Smith found themselves as the centre of speculation again in 2018 when James was spotted wearing a diamond ring at 2018's BAFTAs. Neither she nor Smith chose to comment about it at the time.

Unfortunately, by the time December 2019 rolled around, it was reported that the couple had split.

They were seen together walking in London in March earlier this year, but it seems the pair are officially over for good.

Listen to The Spill, Mamamia's daily entertainment podcast. In this episode, Laura Brodnik and Kee Reece chat about how Dominic West and Catherine Fitzgerald fended off media attention. Post continues below.

Before Matt Smith, the 31-year-old briefly dated British actor Jack Fox back in 2011.

Alas, the couple split after a year together in 2012. But it seems they left things on good terms.

"I would never have a bad word for her." 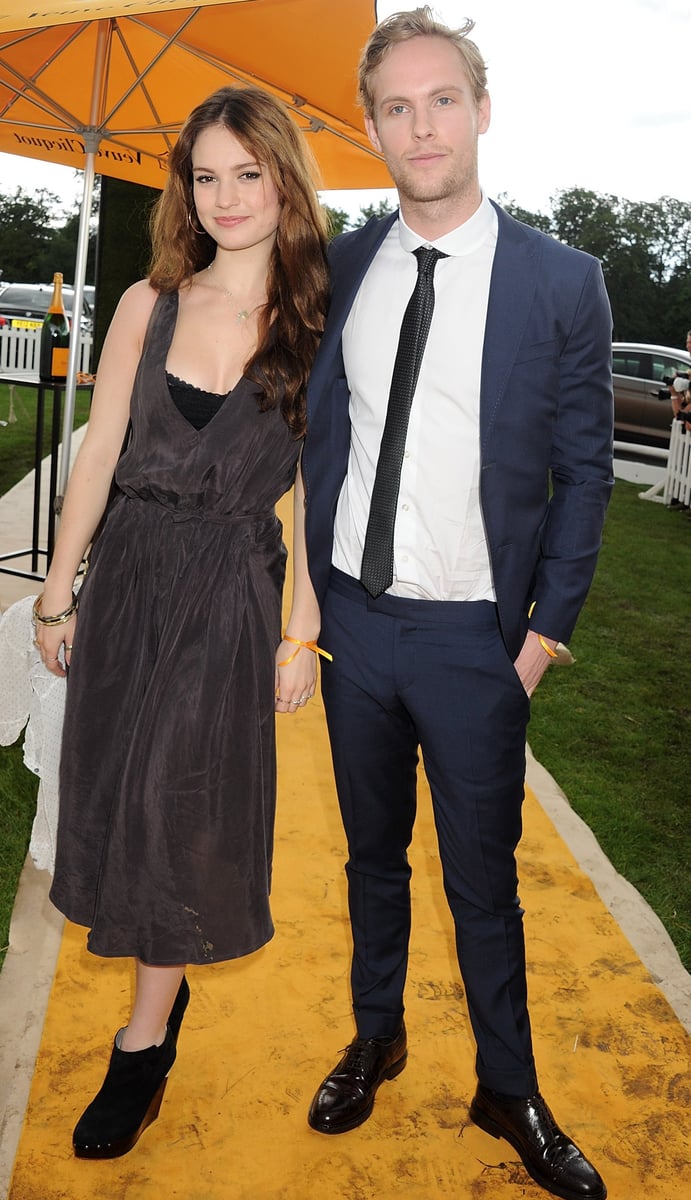 James was linked to Captain America actor Chris Evans earlier this year in July. The pair were photographed out together several times in London.

However, she refused to comment about the romance when asked by Harper’s Bazaar UK last month.

Instead, she told the publication that she would give her younger self a piece of advice.

"Don’t be obsessed by boys! Hang out with your girl mates. And don’t take everything so seriously – be kind to yourself."