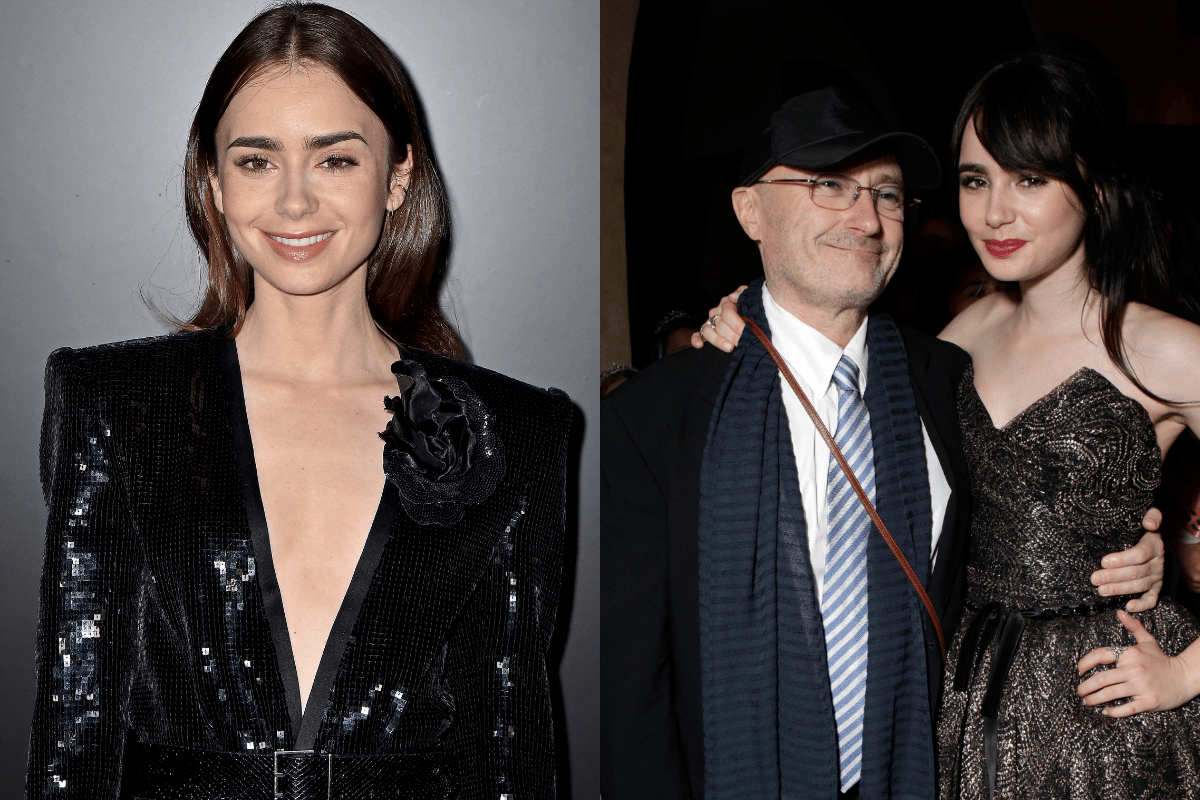 Lily Collins posted a beautiful tribute to her rock star dad Phil for his birthday this week.

“I may no longer fit in your arms or sit comfortably on your shoulders but you continue to hug me tightly when I need it most,” she wrote on Instagram, along with a photo of herself as a baby sitting on her dad’s shoulders. “We may not get to spend time together that often but when we are face to face, you really do see me.”

The Emily In Paris star is one Phil Collins’ five kids. And even though he’s had three marriages end in divorce – with quite a bit of bitterness – at least his children have something good to say about him at this point in his life.

Phil was a child star, appearing on the West End in Oliver! when he was 13 before deciding to focus on rock music and joining the band Genesis as a drummer. 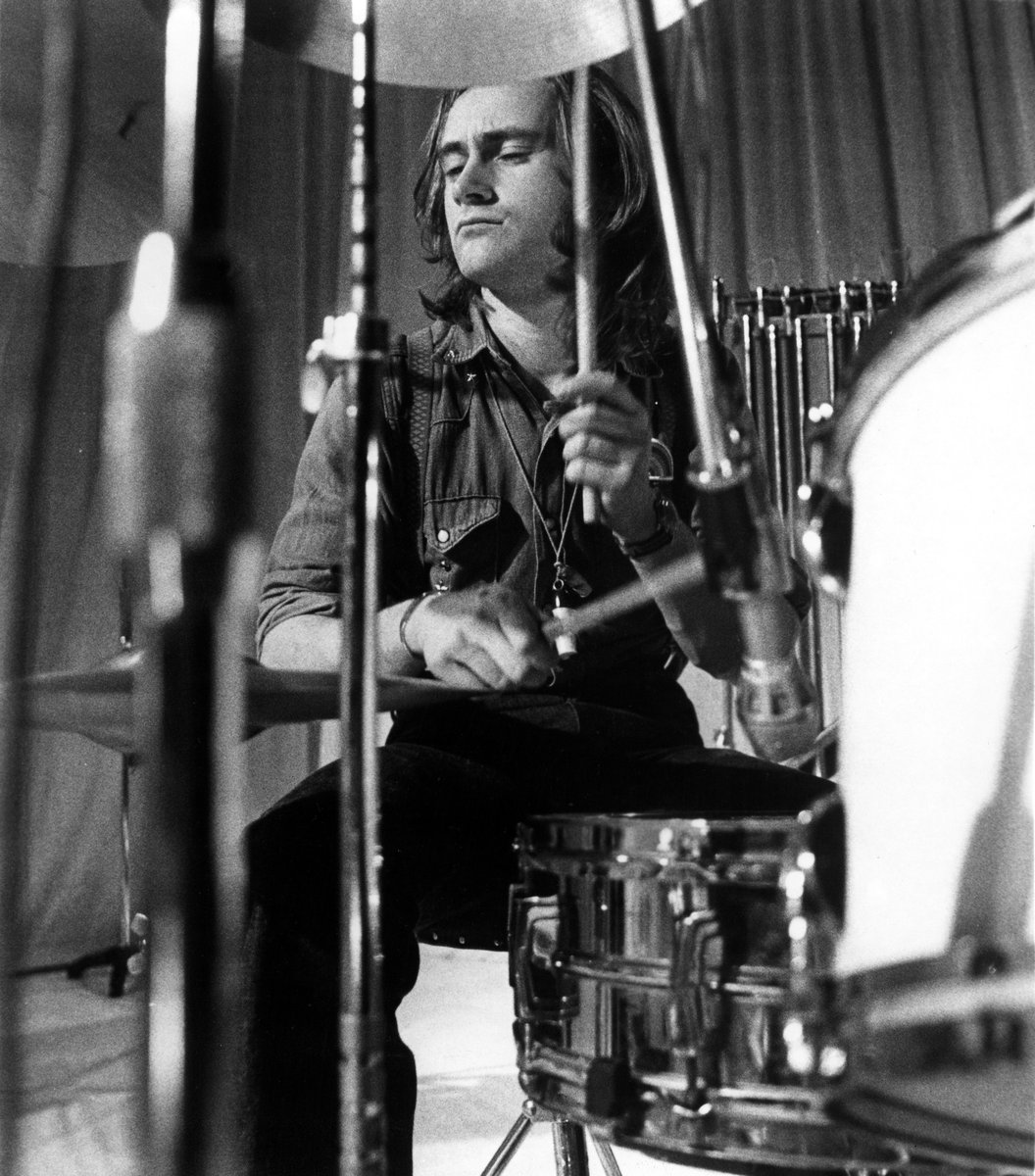 In his twenties he reconnected with an old girlfriend from school, Andrea Bertorelli, who was by then living in Canada, and they married in 1975. Phil adopted Andrea’s daughter, Joely, and they had a son together, Simon.

But Genesis was taking off in a huge way. Just after Simon was born, Phil flew out on a two-year world tour, leaving Andrea with a newborn, feeling lonely and “totally overwhelmed”. Their split was painful – Phil was inspired to write “In The Air Tonight”, with the lyrics “Well if you told me you were drowning/I would not lend a hand” – but he didn’t lose touch with Joely and Simon.

Many of Simon’s early memories are of being on tour with his dad. He remembers falling off the side of the stage while “air drumming”, and breaking several bones. He also remembers hanging around musos like Sting and Madonna.

“It was around the time she was going out with Sean Penn, and he was punching out photographers,” he told the Daily Mail. “I was too afraid to ask for her autograph in case he punched me! So I asked my dad to get it and he told her [why]. They both laughed.”

“I’d learned my parts, and one night, he invited me to play, and I went up on stage and played ‘Easy Lover’ with him. He chose a song that would be a little bit easy for me. But… wow.”

Simon has gone on to a career as a drummer.

As for Joely, whose horse, Sussudio, gave Phil the inspiration for one of his biggest hits, she’s now an actress and producer. She’s had major roles in Canadian series such as Cold Squad. In 2008, her father gave her away at her wedding to Stefan Buitelaar. She gave birth to daughter Zoe the following year. Since then she’s produced the movie Becoming Redwood.

While playing a concert in Los Angeles in 1980, Phil met Jill Tavelman and was so attracted to her that he asked her to come on tour with him around the US.

She moved back to the UK with him and they married in 1984. Their daughter, Lily, was born five years later. By then, Phil was a superstar who hung out with Prince Charles and Princess Diana.

Lily recently went on The Late Late Show With James Corden, showing a photo of the time she gave a bunch of flowers to Princess Diana.

“But the second that she went to take them, I then tried to pull them back,” Lily explained. “So as you can imagine, all the air was sucked out of the room.” 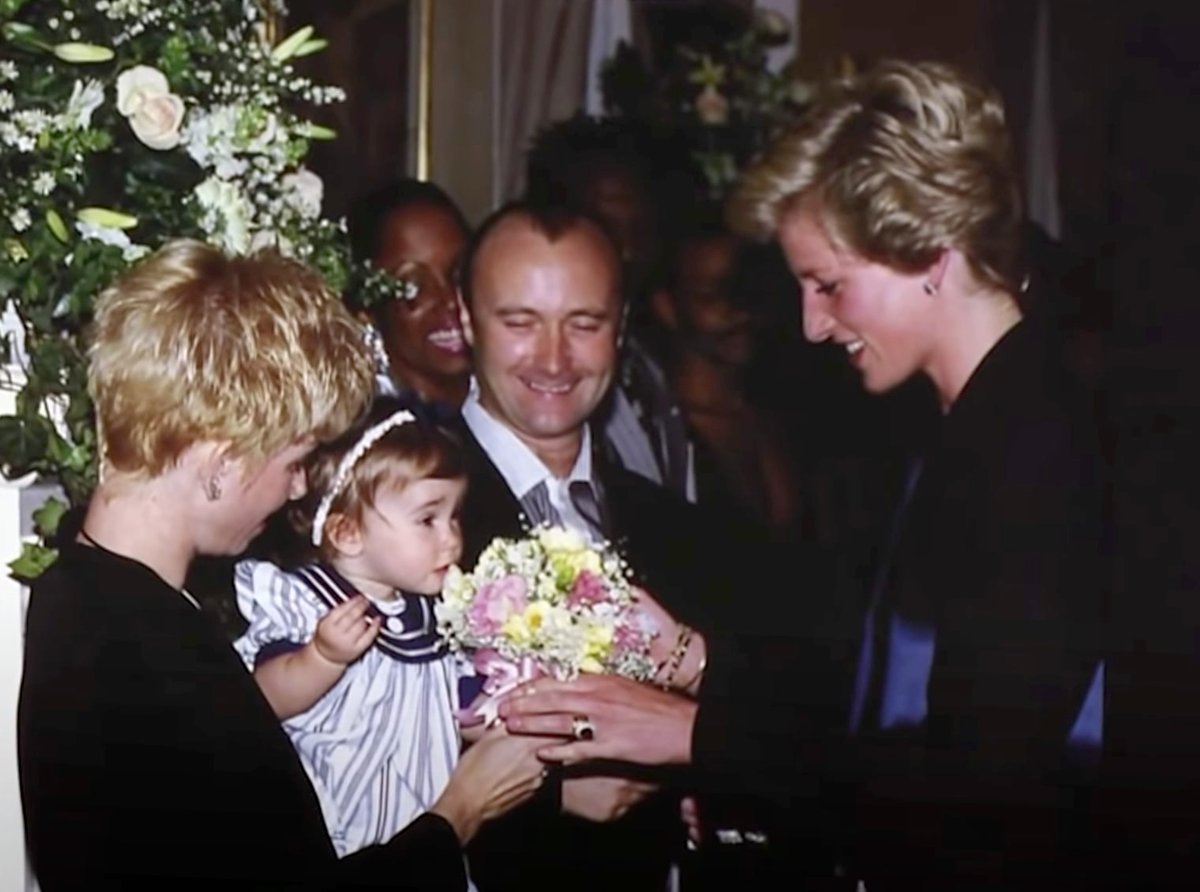 "I don't bat an eyelid when he invites Lily and Jill to pal upstairs in his toy room,” he wrote in his 2016 memoir Not Dead Yet.

In 1994, when Phil was touring Switzerland, 21-year-old Orianne Cevey was hired to be his translator. They had an affair, and Phil ended up leaving Jill. He struggled to know how to introduce Orianne to Lily, who was six years old at the time.

He told her, “I've met a lady who looks just like Princess Jasmine from Aladdin.”

“She's wide-eyed at this. ‘Wow!’” he wrote. “That helps Lily and Orianne have an instant connection.”

But life got tough for Lily. Phil moved to Switzerland to be with Orianne. They had two sons together: Nicholas and Matthew.

“Because my dad was often gone, I never wanted to do anything that would make him stay away even longer,” Lily wrote in her 2017 book Unfiltered: No Shame, No Regrets, Just Me. “I became extra careful about what I said and how I said it, afraid he’d think I was angry or didn’t love him. And the truth is, I was angry. I missed him and wanted him there.

“I’ve realised that many of my deepest insecurities stem from these issues with my dad.”

However, she said she forgave him for the mistakes he’d made.

“I forgive you for not always being there when I needed and for not being the dad I expected.”

When Lily was in her teens, trying to make it as a model and actor, Phil and Orianne split up. Phil started dating TV newsreader Dana Taylor.

“My life felt out of control,” Lily said in The Sun. “I couldn’t handle the pain and confusion surrounding my dad’s divorce and I was having a hard time balancing being a teenager with pursuing two grown-up careers – which focused heavily on how I looked.”

“Bulimia was another way I thought I could gain control during an emotionally unstable time in life.”

Meanwhile, Phil, who had retired to spend more time with his sons, found himself alone in Switzerland when Orianne moved to Miami with the boys. He started watching sport during the day and drinking wine.

"Before you know it, within months, you're drinking vodka from the fridge in the morning,” he explained.

His alcohol addiction put him into intensive care, and doctors thought he would die. But he pulled through and went on to reunite with Orianne. They’ve since split, again, and gone through a nasty (and very public) legal battle. 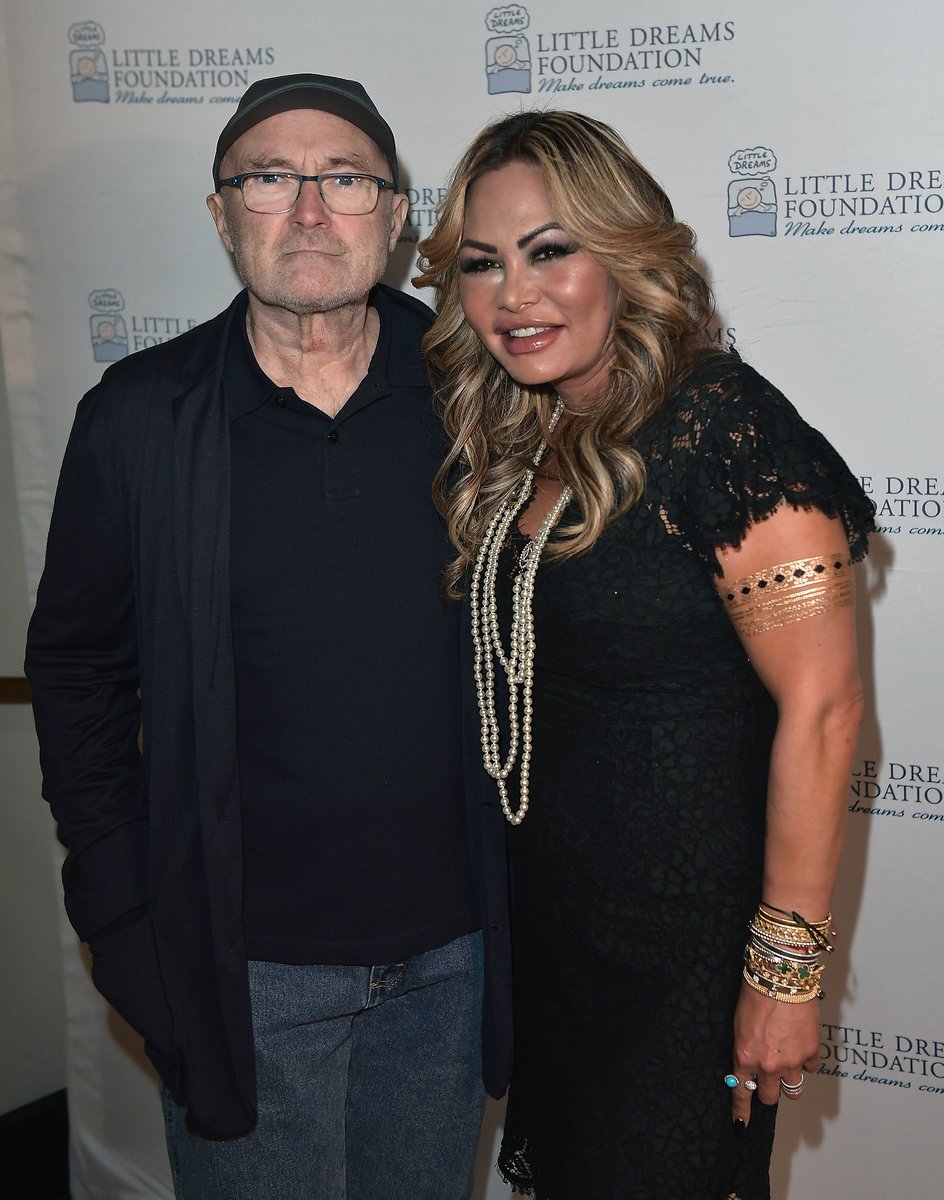 Phil’s son Nic has, like his older son Simon, followed him into drumming. Nic started on the drums when he was two, but around the time he began to take it really seriously, Phil was getting to the point where he had to give up, because of nerve damage. At the age of 15, Nic played drums on “In The Air Tonight” at the US Open while Phil sang.

After that, Phil started to think about the idea of another Genesis world tour, with Nic on drums.

“A billion-dollar-payday offer to re-form Genesis wouldn’t get me back on the road,” he wrote. “A chance to perform with my boy might.”

As for Phil’s youngest son Matthew, he’s now 17 and a talented footballer.

Phil and his five kids still stay in contact via Zoom. Simon said they got together for their dad’s birthday last year.

“There’s no sibling rivalry,” he told the Daily Mail. ‘I’m proud of what Joely’s achieved. Nic’s a great drummer, he’s playing… with Genesis now, that’s amazing. Matt is an amazing footballer. And everyone knows Lily is an actress.’

Lily has nothing but love for her dad.

“Thank you for inspiring me and supporting the woman I am today. I love you to the moon and back again…”