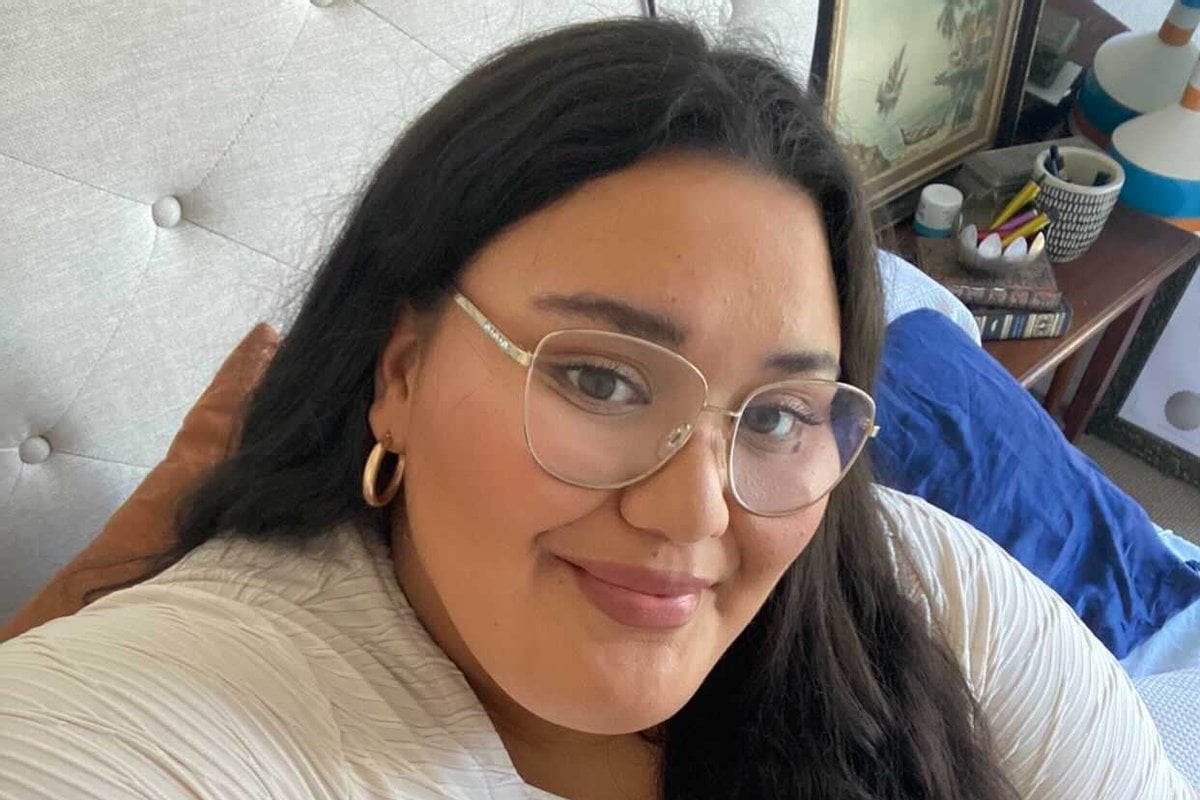 If you're a parent and you've ever lied to your child for the betterment of your mental capacity (or just for the fun of it), then I don't blame you.

But upon reflection, some of those lies were pretty darn harsh.

So mum and dad, I'm calling you out. Not for dropping me on my head when I was a tender infant or anything ridiculous like that, because you guys are amazing (and besides, the scar isn't that noticeable anyway).

But for making me believe in some really stupid lies that still haunt me to this day.

Here are the 10 lies we (but it could just be me) were all told as children.

No, there isn't. Uncooked rice, soy sauce and ketchup in the cupboard is not a meal and my seven-year-old mouth will simply not be able to swallow it down.

Just get me a six pack of chicken nuggies, please. With a Fanta and hot chips instead of the apples, preferably. I beg of you.

I've said this lie myself, many times. It is a tried and tested method to ensure disobedient kids buckle down and behave. Believe it or not, it works. Every single time.

So I don't blame my parents for using this lie so often... I just wish they hadn't.

Surely someone's well intentioned parent who couldn't be bothered to go to work or to take their kids to school have used this... Once or twice atleast?

Mine did, about once a year, in the middle of a school week, when their definitely wasn't a day off to be had. Maybe my mum just needed a break, and I don't judge her for it. My only question is, why on earth would she want to take the day off... with four children?

4. "Disney On Ice is cancelled because the skater fell through the ice."

Maybe I'm alone in this little white lie, but my mum sure did use it. And I sure did believe her when she announced the lovely skater playing 'Ariel' had to be taken to hospital after the ice at All Phones Arena hadn't actually been frozen properly. And sadly, all the kids would have to miss out, not just me.

She came clean a few years later that she had actually forgotten to buy the tickets, and I didn't resent her or anything. Because in all honesty, my eyesight is quite poor (I hadn't worn glasses back then) and I'd had quite a bit of trouble watching Disney On Ice the first time 'round.

So no harm done, mum. Promise.

5. "Your friend is such a bad influence on you."

The text on the shirt read: "The more hair I lose, the more head I get."

6. "I think those khaki pants look great on you."

This one still keeps me up at night. If anything though, I blame myself. Why on earth anyone would ever believe a chubby kid wearing 3/4 length khaki pants looks good, is the question we should all ponder on.

Kids these days dress a billion times cooler than I ever will, but I do wonder if they'll have their own fashion regrets when they reach my tender, wise age of 23.

The answer is obviously yes.

My participation award didn't mean I was a prodigy, nor did it reveal that I was all that good, and mum's encouragement wasn't exactly helpful despite her being a pro player herself.

But in the last year where I played, I received the most improved player. Didn't get an invitation to join the reps team for my club, but whatever. 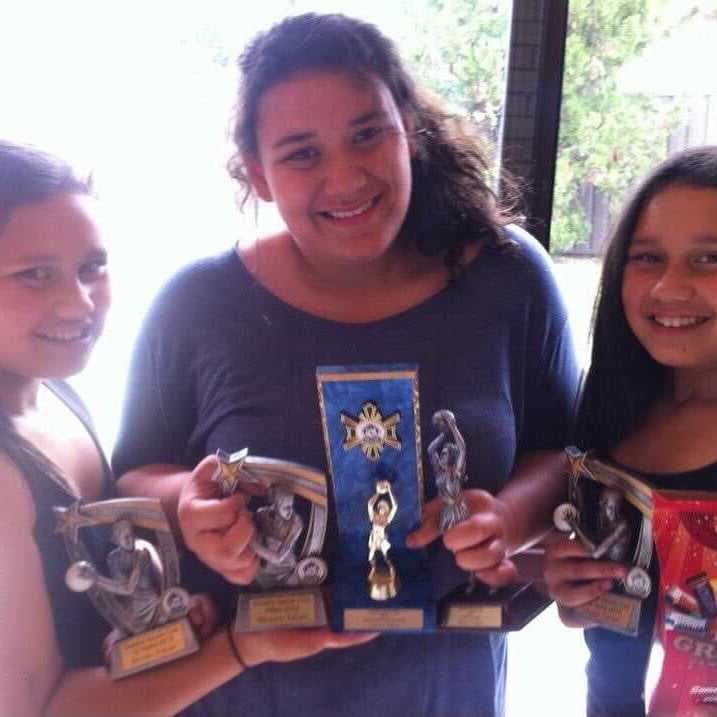 The one year out of my 10 years of playing where I got three awards in Netball: a participation, the most improved and the best encourager. All fluff awards for sure.  Image: Supplied.

8. "They don't like you because they're jealous of you."

Maybe they were jealous, but it's unlikely that they thought there was a single thing to be envious of from the girl who got gum caught in her hair and was stuck with a very alternative haircut for the rest of the school year.

9. "You look lovely with the bangs I cut for you."

Picture this: I'm 11. Bangs don't suit me but I've gotten gum in my hair and taken it upon myself to cut it out.

My hair now has a hole at the top of my head and the only person who can fix this is not an experienced hairdresser, but my mother whose only qualifications do not at all pertain to cutting hair.

I was left with an unfortunate do for the remainder of the most important year of my life (the SIXTH grade, obviously!).

Insert: terrible photo of myself where I truly believed I looked good, all because my mum told me I did. 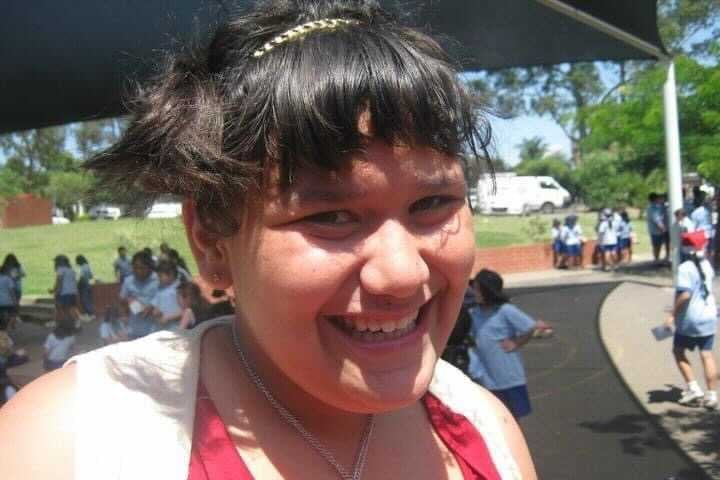 10. "I can't wait until you get your driver's license and can drive me around everywhere."

My mum actually sobbed when I asked if I could try out for my Learner's License. And again when I passed. And then one more time when I accidentally drove over a roundabout during particularly heavy traffic. Dad told me he had taught 15 of my cousins (I have 23 first cousins just on his side of the family) how to drive, and I was by far the worst he'd "ever seen".

I never really learnt how to drive, and my mum never did get to be ridden around everywhere by me. AND she never actually wanted me to get my license in the first place. Thus, she lied.

Safe to say she still takes me to my doctor's appointments whenever I visit.

Reply
Upvote
You’re damned if you do and damned if you don’t. This sounds like the kind of mom who would have written “to the parents who thought it was ok to bring Jake’s 3 younger siblings to my party” if his parents had stayed. Don’t host a party if you haven’t adequately prepared for the guests. You assumed they should stay, they assumed it was a kid’s party. Next time communicate and prepare better, but don’t play the woe is me, card.
News
General
Opinion
True Crime
Politics
Sport
Explainer
Entertainment
Celebrity
Reality TV
Movies
TV
Books
Rogue
Royal
Lifestyle
Beauty
Fashion
Weddings
Home
Wellness
Health
Fitness
Travel
Food
Parents
Before The Bump
Pregnancy
Baby
Kids
Teens
School
Parent Opinion
Work & Money
Money
Finance
Career
Lady Startup
Relationships
Sex
Dating
Separation
Friendship
Family
Real Life
Couples