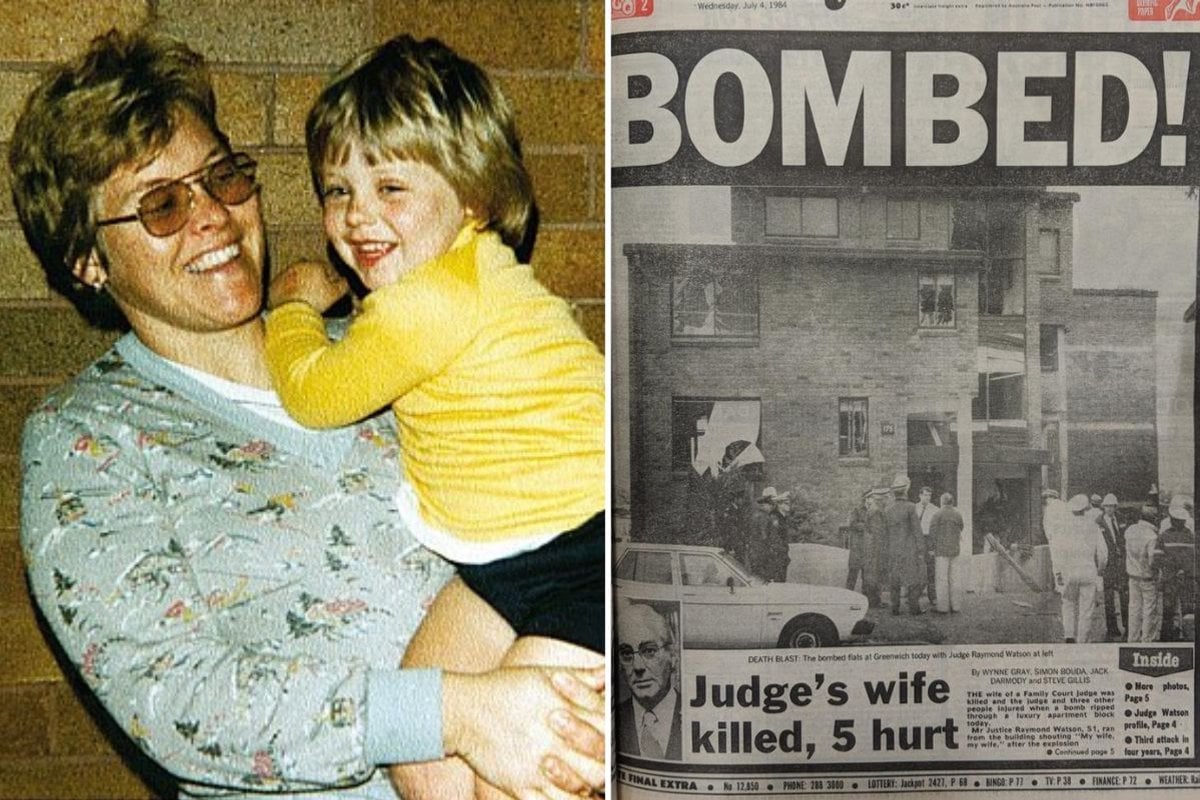 The marital home of Andrea and Leonard Warwick in Casula, Sydney, was her prison and his fortress.

A place where the mother-of-one was isolated from her friends and family, locked inside her own house and increasingly abused until it got so violent she had to flee for her life.

On Andrea's birthday one year, her sisters came over to the house with a cake. Andrea defied Leonard's orders not to let them in for a celebration, and afterwards, she was punished.

Wearing his big, heavy fireman boots, Andrea says he stomped on her arm repeatedly, leaving imprints so deep she couldn't pick up their daughter.

It was the final straw. Andrea fled, moving back in with her brother and father in a nearby suburb.

Their divorce proceedings kicked off in the newly instated Family Court of Australia in 1980.

Leonard was furious. Prior to the court's introduction in 1976, there was no such thing as a 'no-fault' divorce.

The first judge appointed to the Warwicks' case was Justice David Opas, a strict man who was fed up with Leonard Warwick defying court orders. He denied him access to his daughter for a month.

"You won’t have to worry about him any more, because he won’t be there much longer," Warwick told Andrea after that court session. 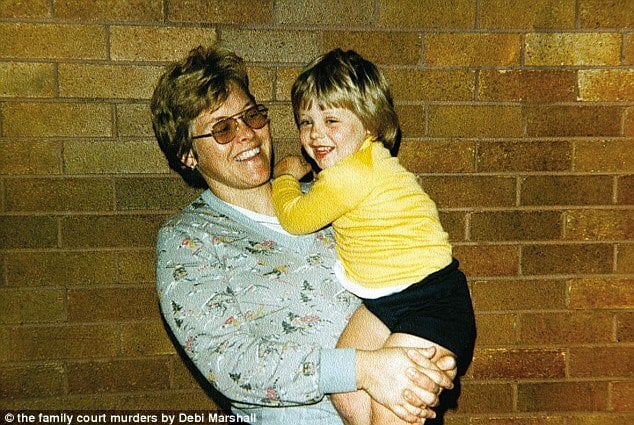 "Is he going on holidays?” she replied.

A month later, on June 23, 1980, Justice Opas was shot dead on the front doorstep of his Woollahra home, while his wife and two young children ate dinner inside.

And so began a campaign of terror on the people of Sydney. There would be five bombs and two more murders before the violence would come to an abrupt stop.

25-year-old Stephen Blanchard was a surfer. He was a gentle soul and an amazing brother. When Andrea moved in with him and their father following her separation, her daughter took a real liking to him - trailing around after her uncle in the house.

But Warwick was stalking them. Harassing Andrea. Taking Trudi for weeks on end. He was a consistent, menacing presence in their lives.

In February 1980, Stephen disappeared. His body was found six days later in Cowan Creek in the Ku-ring-gai Chase National Park. He'd been shot in the head, his body weighted down with bricks.

Andrea suspected her husband immediately, but no one was arrested. The crime was committed mere months before the attacks on the judicial system.

When police eventually caught up with Warwick in 2015, it would become the only crime he would be charged with but not convicted of. Justice Garling found him not-guilty in 2020.

"I am not satisfied that Mr Blanchard had any connection or any relevance or significance to the accused's family law proceedings," he said in his findings.

As Andrea told Debi Marshall in her ABC documentary series The Family Court Bomber, "they're wrong."

"Stephen tried to help me pick up Trudi. The only time Stephen ever got involved...he would have a grudge against anyone interfering with his life."

But Stephen's death remains an unanswered question. A crime that hasn't been solved.

The second judge to get the Warwicks' case after Justice Opas' death, was Justice Richard Gee. He too restricted Leonard's access to his daughter while trying to sort through the couple's messy divorce proceedings.

Five weeks later, on March 6, 1984, the Gee family home in Belrose was blown up.

Justice Gee was badly injured, but he and his two children who were home at the time, survived the attack.

A second explosion destroyed the Parramatta family court building itself in Sydney's west just a few weeks later. No one was hurt in the evening blast, but the damage was significant.

Despite three attacks on the family court judicial system, a third judge was assigned to the Warwicks' case. But three months later, on July 4, 1984, a bomb was left on the doorstep of Justice Ray Watson's home, killing his wife Pearl.

"This was such a campaign of terror. It was so orchestrated. So organised. So chilling. But still they don't charge him," Debi told Mamamia's True Crime Conversations.

There were two more bombs planted over the next year. The fourth didn't detonate. It was placed under the bonnet of Andrea's lawyer's car, but he miraculously checked out the engine before hopping into the driver's seat. It was a decision that saved his life.

The fifth bomb was the most destructive of them all. 77 people were injured when the Casula Kingdom Hall of Jehovah’s Witnesses in Sydney’s west was blown up during Sunday morning worship in July, 1985.

A bomb had been planted underneath the podium of the speaker, and despite the damage done to the hall and the scores of injuries - only one person died.

Graham Wykes had been sitting in the front row with his wife and two of his three daughters. He died on impact.

The final bomb targeted the community of Andrea's sister, Judy. She was a Jehovah's witness, and by this time she and Andrea had fled up the coast of New South Wales out of the grips of Warwick in Sydney. It was a move that infuriated him, especially because their location was being withheld from him.

When Andrea heard about the final bomb, she made the ultimate sacrifice. She returned her young daughter, Trudi, to Warwick, and the bombings and killings subsequently stopped.

Police hadn't been able to charge Warwick because of circumstantial evidence. As Debi explained to True Crime Conversations, "The laws of similar fact evidence were different than they are today, and the coroner did not push it to public prosecutions even though he had Warwick before him on a couple of occasions. They [also] didn't have DNA in those days."

In 2012, Debi Marshall came across the case.

By this time, Warwick had remarried, had another family and was living life as a free man on the outskirts of Sydney.

"He's wandering around like a free-range chook, and he's left this devastation in his wake. So why did I go after him? Because I was outraged. I could not believe that he had not been brought to justice," Debi told Mamamia.

While investigating his crimes, Debi had a single in-person run in with Warwick; coming face-to-face with a man she'd heard so much about from his victims.

"This is a man who makes you chill to the bone. I don't like using the word evil...but he's evil." 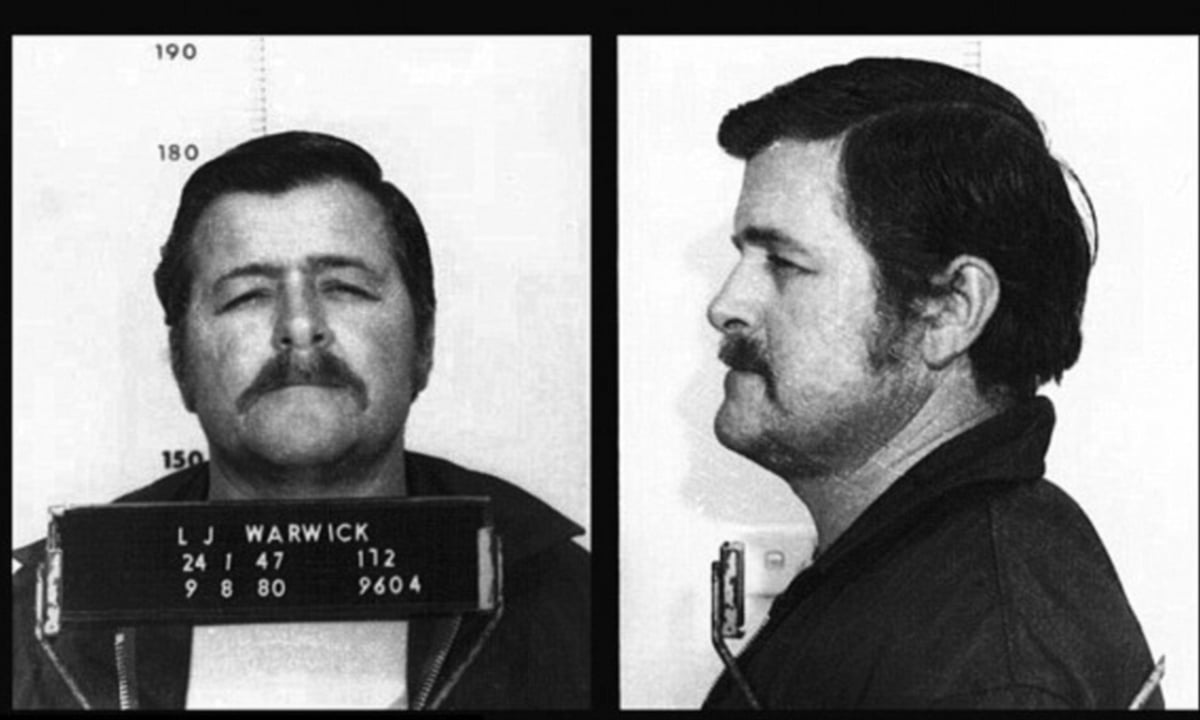 It was blood that was his undoing in the end.

Blood Warwick had left on the remnants of a broken window in the Jehovah's witness hall back in 1985, which ultimately helped lead to his 2015 arrest.

He'd snuck into the hall a week before the final bombing to plant the explosive, and injured himself breaking in.

Warwick was charged with 24 offences, including the murders of Stephen Blanchard, Justice David Opas, Pearl Watson and Graham Wykes.

He plead not-guilty to every charge, and after a record two-year trial he was found guilty on all charges except one - the murder of Stephen.

"No one saw him do it. There was no DNA or other trace evidence that connects the accused to the murder," said Justice Garling.

"The Crown case is that Mr Blanchard was shot in his bedroom. It would have been, in my assessment, extraordinarily difficult for one person to remove Mr Blanchard's body from the house without waking the other inhabitants. It is more likely that at least two people were involved in this murder.

"The existence of a motive is not a necessary element for the finding of a guilt of an offence, however, the fact that there is no established motive. And no specific ill-will between Mr Blanchard and the accused, makes it far less likely that the accused would have committed the offence." 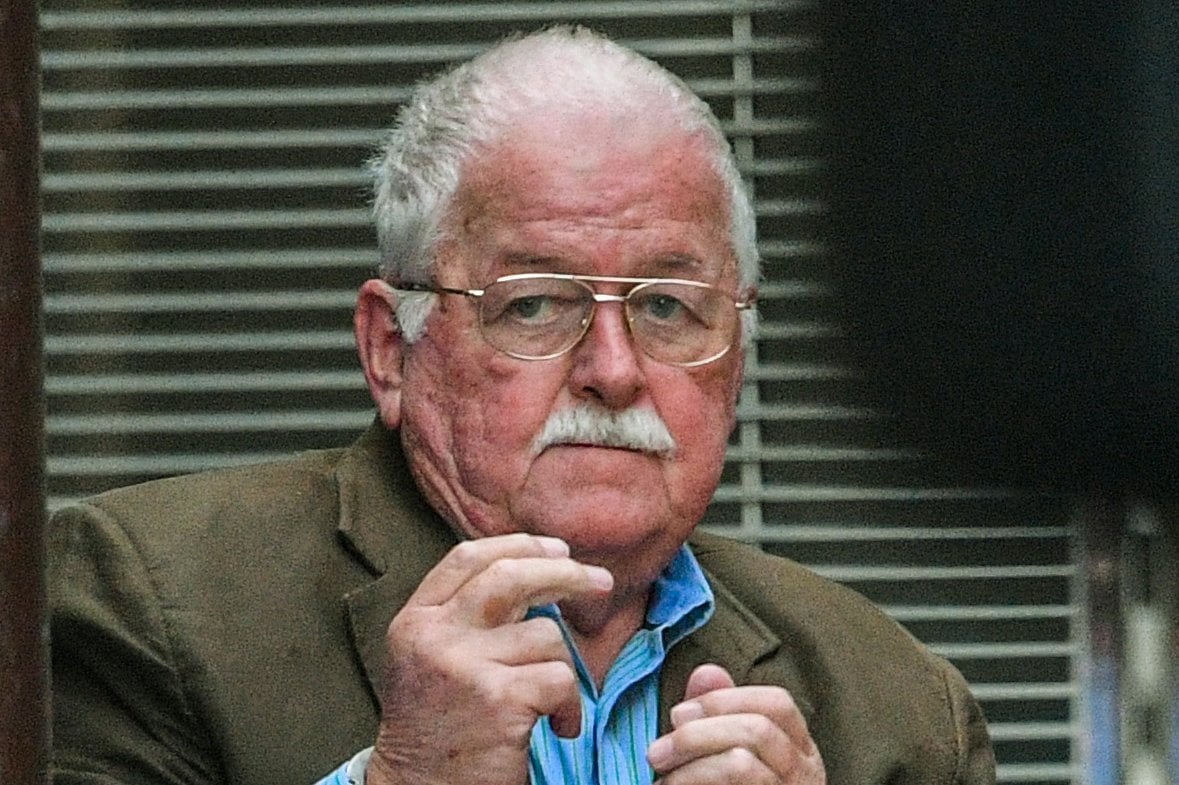 Andrea, Judy and the Blanchard family still don't have justice for the murder of Stephen, but Debi says they're hopeful someone will come forward with fresh information.

As for Warwick, he's in his mid-70s and will spend the rest of his days in prison.

While handing down his sentence in 2020, Justice Garling said his crimes, "cannot be viewed as anything other than an attack on the very foundations of Australian democracy".