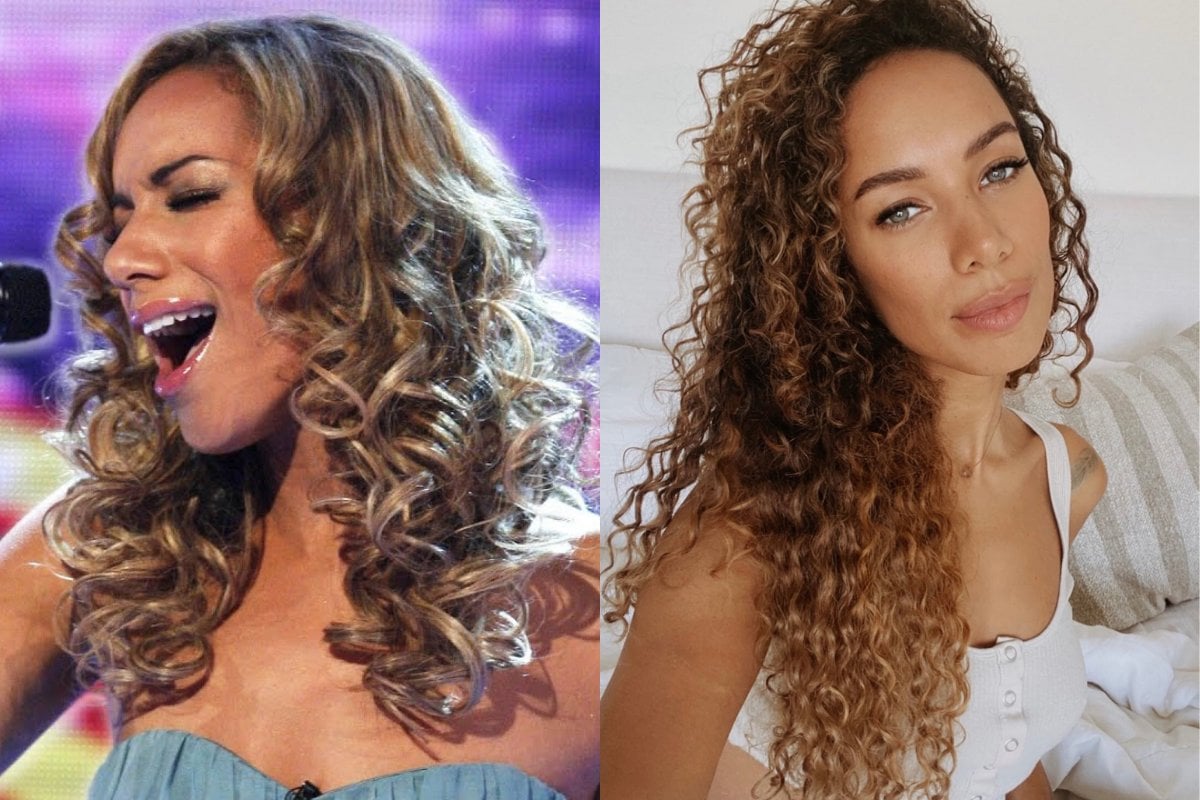 I don't mean to alarm you, but it has been more than 14 years since 'Bleeding Love' was played five times an hour on every radio station in the land.

The power ballad was one of the biggest songs of the 2000s and, if you can move past the fact that it haunted you for an entire year, it definitely still holds up today.

Leona Lewis is one of the most successful people to come out of Simon Cowell's X Factor franchise. As a 20-year-old, she won the third British series in 2006. This earned her a recording contract with Cowell's Syco Music.

'Bleeding Love' was her second single, following her The X-Factor winners single. It was released in late 2007, becoming the best-selling single in the UK that year. In the US, it was the best-selling song of 2008. It reached number one in 35 countries, including Australia.

So, there's no wonder you can still remember all the words.

In March 2022, Lewis' name was once again on the homepages of media around the world following an announcement that she is pregnant with her first child.

So, what's the now 36-year-old been up to in the years since? Here's everything you need to know.

Leona Lewis on being catapulted to fame.

It's rare for a star to have a breakthrough as huge as Lewis with 'Bleeding Love'.

Though she'd been on a major reality show, the runaway success of the single gave Lewis a totally different level of fame.

As a result, she said she withdrew into her shell.

"I was catapulted into this fame that I never thought would happen and it was amazing," she told The Independent in 2015.

"But then the privacy is just not there, so to compensate I would choose my words really carefully because I needed to save a piece of me for me and on top of that I had people saying 'make sure you don't say this in interviews', 'don't do that'. You're a 20-year-old and you just think, 'Oh God I just have to shut my mouth and not say anything'."

In 2012, she spoke about the loneliness of fame.

"I've been let down really badly by a couple of friends in recent years who I thought were genuine but I then found out were selling stories about me, which was devastating," she told the Daily Mail.

"They betrayed me and that just makes them evil."

She said she had no desire to be a superstar.

"I have no desire to be 'famous' like that; I didn't when I won The X Factor and I still don't. The public don't need to know every nuance of your life – it's possible to give them a little insight and still have a normal, private life."

She shared a rather scathing explanation in an open letter to fans on Twitter. She said it had been a "rollercoaster year" which had left her feeling "extremely depressed" at points.

"It got to a place where the downs were outweighing the ups. So I'm writing this letter for anyone who has ever felt the same way," she said.

"After several years, I thought about leaving over and over again. I was terrified of walking away from a somewhat secure relationship, even though I knew that we were no longer right for each other and at times even bad for each other. However, I clung to the safety net I had grown so attached to," she wrote.

"One day everything changed. For my fifth album, I was asked to make a record that would not have been true to myself. By all means as an artist in this climate, I was thankful to even get the chance to make another record. But I cannot make music that does not speak to my soul, and as scary as it seemed, I could no longer compromise myself, and so I decided to leave." 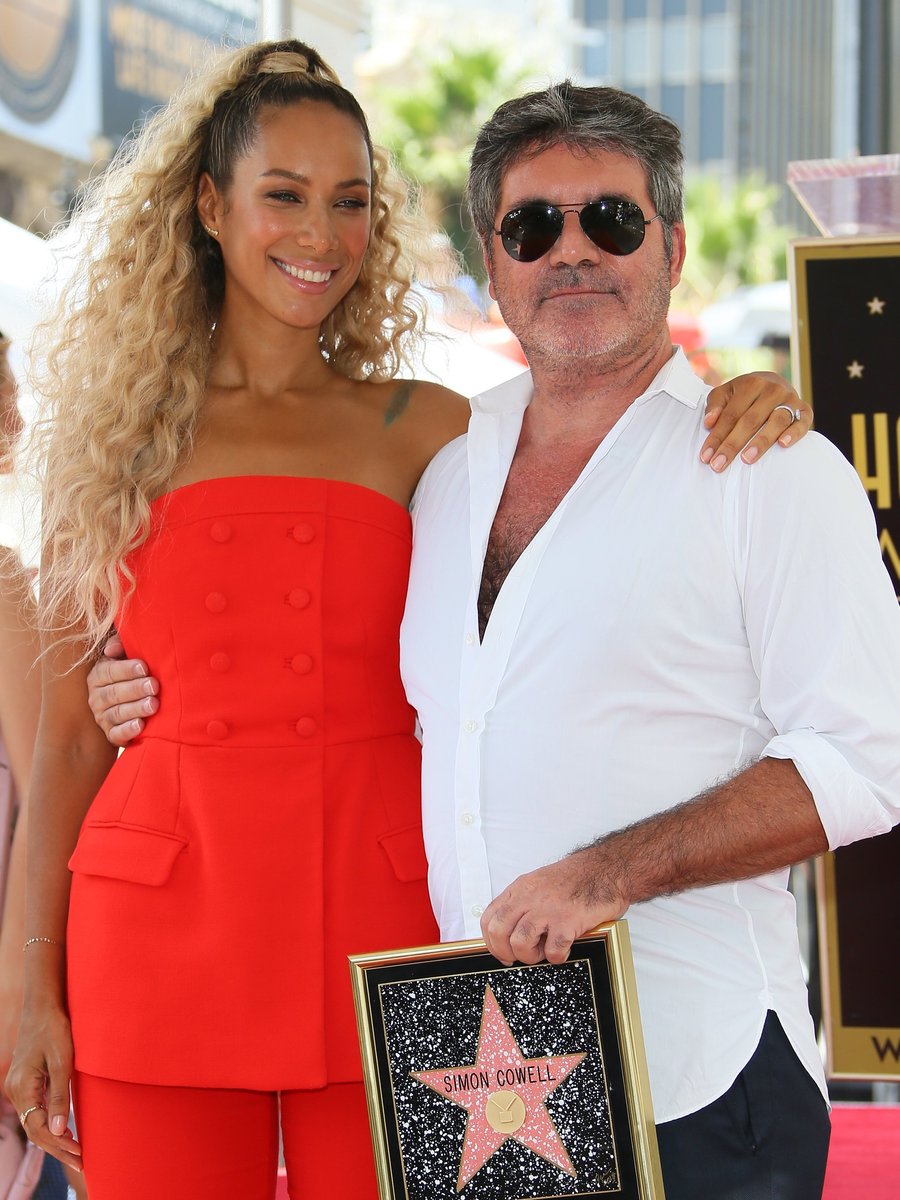 She said when she raised her concerns with the label, she "was threatened with the fact that if I left, it would come out that I had been dropped".

"That cut deep, but by this time nothing could stop me from walking away," she wrote.

In a BBC interview, Lewis said that Cowell's involvement in the label did cause some logistical problems.

"Of course Simon being involved – there was a lot of decisions that had to go through him," she explained. "So things got very delayed because he's a very busy person and taking control of things myself, things have got done a lot quicker."

But there is no bad blood between them. Lewis joined Cowell in 2018 to celebrate the unveiling of his star on the Hollywood Walk of Fame, and invited him to her 2019 wedding.

"He [Simon] sent me a really lovely note the other week saying they miss me at the label," she said in 2015.

"There's nothing but love there. He knew I had to leave. He was upset about it but it was time for something new so I'm excited about moving on and doing something different."

When she found fame, Lewis was in a relationship with her childhood sweetheart, electrician-turned-talent scout Lou Al-Chamaa.

They broke up in 2010 after eight years together.

She then met choreographer Dennis Jauch when he was working as a backup dancer on her 2010 tour.

They were engaged in 2018, when Jauch popped the question following their eighth anniversary.

"It's amazing that we were brought together from different sides of the world through both of our passions, music and dance, whilst on tour in the U.K. eight years ago," she told People at the time.

"We are both quite private people, but we wanted to share our happy news with everyone that has supported us and watched our relationship blossom over the years. We are so thrilled to be on this new adventure together and it is a beautiful feeling to share that love with you all."

They married at Sting's vineyard, south of Florence, Italy, on July 29.

"It was just the most beautiful day, full of love," Lewis told Hello! magazine. "It was so special to be able to bring together everyone we love. There were a lot of tears."

In March 2022, Lewis announced she and Jauch were expecting their first child.

Lewis' career never reached the dizzying heights of 'Bleeding Love' again, but that's not surprising. It's hard to have a hit that huge worldwide once, let alone twice.

Lewis signed a modelling contract with Wilhelmina Models in 2017 and returned to The X Factor twice, as a guest judge in 2012 and 2018.

She is also known for her charity work, especially regarding animal rights and HIV/AIDS causes.

Most recently, Lewis has appeared as a judge alongside Michelle Visage, Trixie Mattel and Vanessa Williams on Queen of the Universe, a drag queen singing competition created by Graham Norton.