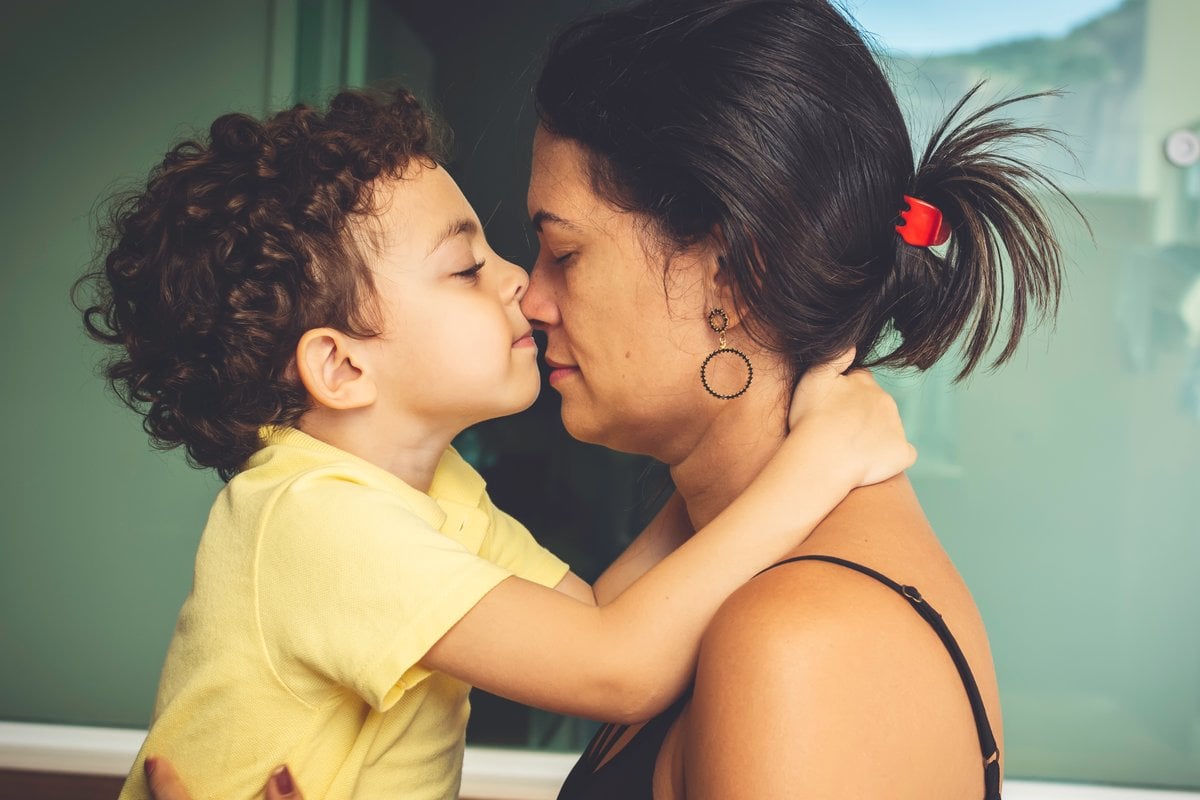 My marriage was falling apart quicker than I’d expected, I’d only managed to save a few hundred dollars: it wasn’t going to be enough. How would I live on my own with my kids when I hadn’t been in regular work for years? One thing my husband and I had agreed on having children was that someone would stay at home.

“Do you want to get a house together?” I asked my friend, also a single mum. We sat side by side on my bed. My husband wouldn’t be home from work for another few hours. I wasn’t ready to tell him yet I was leaving.

“Yeah, I’d love that,” she said. “I’m glad you’re finally standing up for yourself.” I squeezed her hand in relief. Perhaps it would be okay.

Money should have been a red-flag from the start. His money-problems came out one day when we went to put furniture for our flat on an interest-free loan.

Watch: Mamamia Confessions: When I knew our relationship was over.

“We’ll have to put it under your name,” he said as we walked around the store, testing beds and couches. “I’ve got bad credit.” He was so open and honest with all of his flaws. I took it as a sign he wanted to change.

“Sure,” I replied. My credit rating was excellent. I’d been working for a couple of years and had always found budgeting easy.

“I’ve got debt from when I first moved out of home, for furniture and things,” he said. “I just kind of ignore it.”

“You mean you’ve never paid any of it?”

“No, they sent out letters but they never actually did anything, so...” We can fix it, I thought. No problem. It was one more area I could be supportive. No alarms sounded, and I signed the loan without hesitating.

Things progressed quickly and we were engaged within months, but wedding planning only made our money problems worse. Within a few weeks of being engaged, he quit his job and plunged into depression. He still wanted the big dream wedding we’d planned but in the end he was forced to compromise, and convinced his family to pay for the rest. We started married-life broke and still sinking in debt we couldn’t pay.

“Perhaps if you step back, he’ll step up?” my friend said. I sank into her couch and watched our babies play. I was working long hours three days a week, juggling the housework, and a baby who wouldn’t sleep. My husband had suddenly quit another job: the third in as many years and was slipping back into depression. I was exhausted and wanted to be home with my baby, but I knew he was struggling.

“I don’t know, he’s not doing well health-wise.” I didn’t tell her we’d had to get food parcels for the last few weeks, or about the deal I’d made with the petrol station so I could get to work.

In some ways though, it was easier when he was depressed. When he was happy he spent more.

And he did. Eventually, he held down a well-paying job, threatening to quit regularly but sticking with it. Then the spending started again. He arrived home one day and handed me a bill.

"I got some things on the account,” he said.

“What account?” I asked, looking down at the paper in my hand, multiple tools and gadgets listed down one side, totals in the hundreds down the other.

“Oh, I just got one at the hardware store.”

“It’s over a thousand dollars,” I said, doing quick calculations of our savings in my head. We barely had enough to pay bills for a week if he followed through on his quitting threats.

“What do I even work for if I can’t buy things I want?” he said. How could I argue with that? He knew I’d work out a way to pay for it, even if it drained our savings again. If he stayed happy, he’d hopefully stay in his job. Except, I knew it was never that simple.

The week before I left my marriage I booked an appointment with unemployment services. Things at home had deteriorated fast and my friend had cancelled on our deal to live together at the last minute. She’d decided to move in with her new boyfriend, so that option was out.

I shoved my pride down and waited at the double doors with my kids while the security guards scanned for my name on their list.

Listen to Mamamia's podcast, The Split, on surviving separation. Here, Mandy Nolan shares her story and talks to women about how they started their new life post-divorce.

Inside, I sat with a government caseworker, an experienced older woman, who recognised my situation instantly. She led me to a private room out of earshot of my kids who were happily drawing at another caseworker’s desk.

“You need to get out this week,” she said, her voice soft and grandmotherly. “Start looking for a place and bring in the rental agreement. We can rush the payment through.”

I knew some of my friends and family wouldn’t approve, they had strong opinions about single mums on welfare, but talking with the caseworker I wept in relief. I needed to create a safe, stable home for me and my kids, even if it meant being judged.

Two weeks later, I stood in my new little home and leaned against the kitchen bench, pen in one hand, budget book laid out in front of me. The bank balance on my phone was tiny but simple. I listed five items in my book: rent, utilities, food, insurance, petrol. After adding up the totals, I smiled. There was still $8 left for savings. $8 that was all mine. No-one would come home with surprise accounts or bills to pay. No-one would drain it on a whim.

Once I got back on my feet and settled, I’d find a job and build our finances, but for now it was enough. Money would be tight and our food would be basic, but it was stable. And, for the first time in over a decade, I felt financially secure.

Reply
Upvote
Omg the frustration and stress of living with someone who is terrible with money! I chose to get out of for this and other reasons.
Well done!