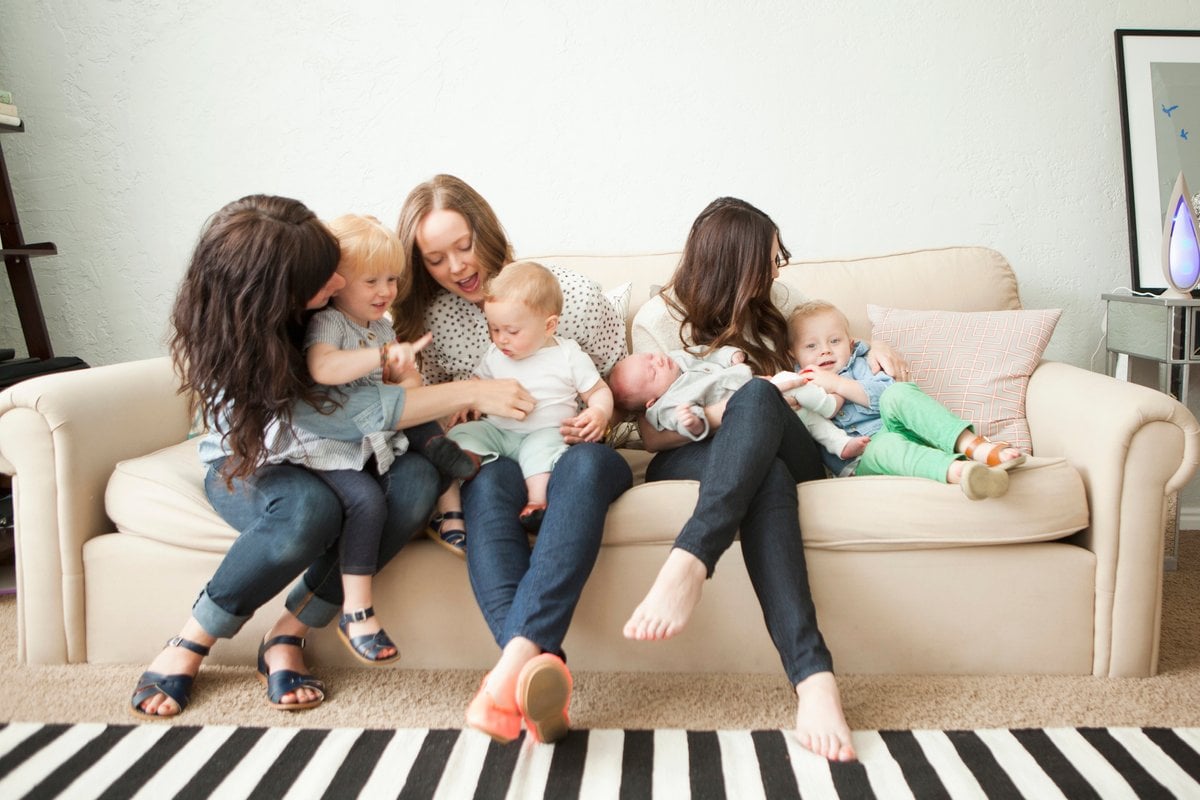 You’ve shared tears; you’ve celebrated triumphs. You’ve opened up about some of your deepest, darkest emotions. And you’ve seen everyone’s nipples at least 60 times. So it’s no surprise that breaking up with your mother’s group is right up there on the trauma scale with a newborn sleep regression.

But whether by choice or circumstance, there comes a time in every parent’s life where it’s time to pack up the play mats. Maybe you’re going back to work. Or maybe everyone else is. Or maybe as lives get busier, and the whole parenting thing starts making more sense to everyone, the catch-ups simply start to fall away.

We spoke to five women about why, and how, they exited their mother’s groups - without everyone hating them.

For Zara, being the first in her group to return to work was the trigger for her to step away. “All day my phone would keep pinging with the girls organising activities or sharing memes, while I was sitting at my desk struggling to keep all the balls in the air. It was like seeing an ex posting holiday photos with a new girlfriend while you’re still single. I actually got quite resentful.”

Sonja agrees: “I run my own business, so I really only had three months of mat leave. They were all really nice, but I felt like I was out there in the real world while they were still in their baby bubble with nothing else to think about.”

Listen: On our new podcast Me After You, host Laura Byrne talks about identity after motherhood. Post continues below.

You know the saying that it’s best to leave a party while everyone’s still having fun? Well whoever came up with that is clearly a sociopath, because who in their right mind would want to say goodbye when everything’s still in full swing? And ditto if you’re facing a premature evacuation of your mother’s group.

Sitting in an office, desperately trying to remember how to do your job and counting the minutes till you can race home to your bub is only made that much worse when you know your mother’s group are off enjoying themselves at the park/cafe/mums and bubs yoga class.

So do yourself a favour – cut yourself off. Mute the WhatsApp group during the day. Don’t check the Facebook page. Pick a set time where you can catch up with all the banter with no distractions, and you’ll see the barrage of detailed messages updating everyone’s smallest movement (‘Changing nappy.’ ‘Just doing one more feed.’ ‘Getting in the car but the car seat isn’t in properly so we might be a while’) and not wish you were there.

Use it or lose it.

With kids the days are long but the years are short. But throw in jobs, daycare, nannies, pick-ups, sick days and Book Weeks, time doesn’t just fly, it goes warp speed. And without a fixed weekly meeting, it’s very easy to lose those friendships you may have forged.

Anna says, “My group fell apart after Christmas. We all decided to take a break over that Christmas/New Year period, but then for whatever reason, we all just stopped. I actually really liked them all and I kept thinking I should reach out, but I never got around to it. Essentially, eight women simultaneously ghosted each other.”

Organising regular catch-ups is essential to everyone’s wellbeing, but remember it doesn’t always have to follow a fixed routine. Sometimes it’s fun to get the kids together, but it’s probably more important that you get some down time away from them.

And don’t fall into the trap of trying to please everyone: pick days and times that the majority of people can do, not necessarily everyone, or it’s going to take till 2038 to even organise coffee. If you’re socialising often enough then no one will feel left out (or even better, perhaps they can take over organising duties next time).

Just because you happened to procreate at a vaguely similar time to someone is no guarantee you’re going to form a lifelong friendship. And put a bunch of sleep-deprived women together and expect them to instantly bond? Gee, what could possibly go wrong... So not everyone considers splitting from the group necessarily a bad thing.

For Luella, the realisation she wasn’t going to gel with her group was virtually instant: ‘One of our first get-togethers was lunch at a pram-friendly pub, but when I came back from ordering my food at the bar – glass of wine in hand – I realised I was the only one who’d bought alcohol. Their expressions said it all. I was so embarrassed, I never went back.’

“There were two girls, both very opinionated. They’d be at each other’s throats over EVERYTHING. After a screaming match over the best brand of sippie cup, I got fed up and suggested to a few of the other mums that we caught up without them – permanently.”

So it’s best to keep things as civil as possible. A polite excuse (however farfetched) about why you’re not going to be able to make it next week/for the next six weeks/forever is preferable to simply disappearing. Do it enough and everyone will soon realise you’re, ahem, not coming back.

Oh, and save that ultimate mic drop moment – leaving the What’sApp group – until a reasonable amount of time has passed. Future You will thank you for it.

Chloe Flynn is a journalist, author and mum of two. Her latest book for kids, ‘The Day Everyone’s Face Disappeared’, is out now. Visit her website for details.

Reply
Upvote
I'm studying a course at the moment and someone created a What's Ap group - it was a nightmare! just constant comments, mostly whines about people not getting their sh*t together study wise and expecting people to feel sorry for them. I had to get out of there - it was doing my head in.
It was the same for the FB group - constant whining about how hard everything was - it was too distracting.
News
General
Opinion
True Crime
Politics
Sport
Explainer
Entertainment
Celebrity
Reality TV
Movies
TV
Books
Rogue
Royal
Lifestyle
Beauty
Fashion
Weddings
Home
Wellness
Health
Fitness
Travel
Food
Parents
Before The Bump
Pregnancy
Baby
Kids
Teens
School
Parent Opinion
Work & Money
Money
Finance
Career
Lady Startup
Relationships
Sex
Dating
Separation
Friendship
Family
Real Life
Couples