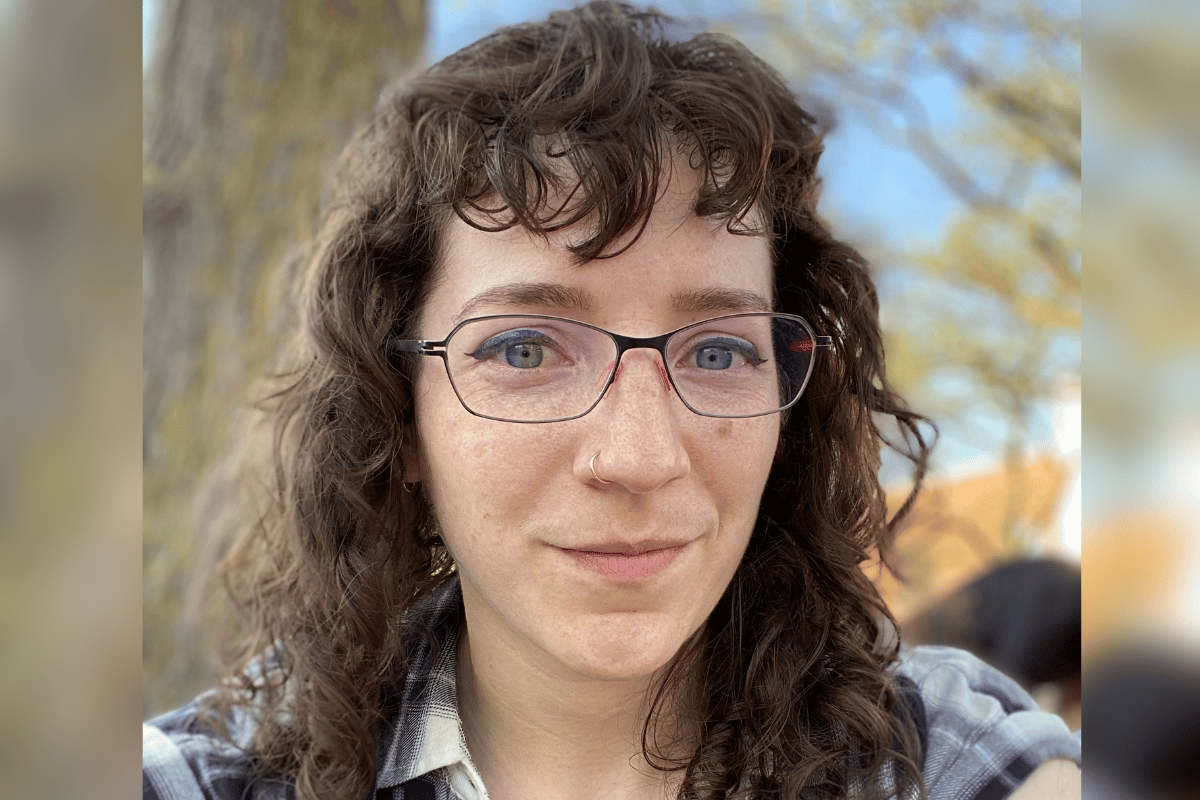 I am leaving. Later than I should have, but isn’t that always the story? We always stay longer than necessary.

I thought things could be fixed - I thought I could fix it by staying. But I’m learning it doesn’t always have to be my job to fix it, and I can make a decision that’s just best for me, without thinking of anyone else first. I can do the selfish thing that will make me happy and keep me safe in the long run.

It’s time to get out.

So I’ve been in this situation before with a romantic relationship - a few times, to be honest - but in this case, my relationship is with a country. I’m leaving the U.S. and relocating to Canada in a few months.

I started thinking about it even before Trump was elected; partially as a new, exciting experience, and mostly as a reaction to the direction the country’s politics seemed to be heading. I saw more and more people getting elected on platforms of bigotry and intolerance, and my own rights eroded in the name of “national security” and “states’ rights.”

When Trump did end up winning, I stayed in bed for half the day crying, then got up and went to work (because even the trauma of watching him get elected doesn’t count for a day off - and my company didn’t even offer sick days), and decided, no, I couldn’t leave yet.

I would stay and fight.

So it was bad enough six years ago, and it’s only gotten worse since then, both politically and personally. I tried to make a difference. I donated a lot of money. I started a nonprofit community crowdfunding event that made an impact and that I was very proud of, but we had too few volunteers to do the work and fizzled after less than a year. 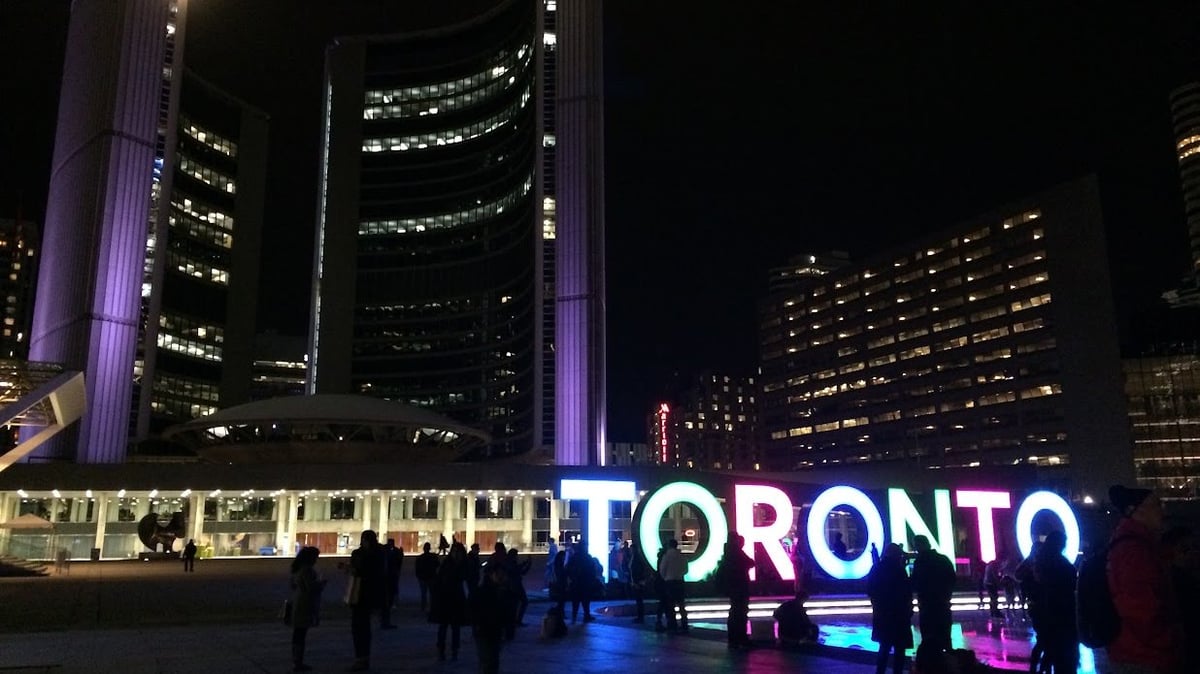 " I’m leaving the U.S. and relocating to Canada in a few months." Image: Supplied.

I left my high-paying and high-stress job and discovered the joys of trying to buy private health insurance in the US - it suddenly became one of my top monthly expenses and still didn’t remotely cover the care I needed.

I spent the next three years digging my way out of medical debt. I’ve spent way more time just trying to get by than actually doing the important organising and political work that might have made my staying worthwhile.

I could also see Trump was just a symptom of a larger problem, and that problem still exists even with Biden in office.

My job still doesn’t offer sick days. Health insurance is still one of my biggest expenses. There have been almost 300 mass shootings this year alone. My generation is drowning in debt and most of my friends know they will never be able to own a home or retire. And a sizable faction of the country is trying to make the U.S. into a fascist theocracy. I would have left anyway, but Roe v. Wade getting overturned has just guaranteed that I won’t be coming back.

Despite all that, I strongly suspect I still don’t actually know how bad it is here, because I’ve never had it any other way. I talked to a friend in Toronto who told me her pregnancy cost her $0, and I was speechless. What else am I putting up with, simply because I don’t know what I’m missing? Just like it’s so much easier to see abuse in action when you’re not the one being abused.

I know I’m incredibly lucky to even be able to consider a move like this: I don’t have to worry about selling a house or moving a family, my work experience means I can get a job just about anywhere that I can speak the language, and I even have dual citizenship so I don’t need to jump through the immigration hoops.

While I'm personally affected by Roe v. Wade’s overturn, as someone who might one day need an abortion, I've never had one, or even a pregnancy scare, so the risk doesn’t feel as imminent.

Knowing I’m so lucky is part of the reason I’ve hesitated so long to make the move, knowing so many other people are struggling more than I am, and feeling a sort of survivor’s guilt that I can even contemplate leaving when so many others are stuck.

But it’s taken me this long to realise that I don’t empower anyone else to leave just by staying put and suffering, too.

I’ll be honest, it’s still terrifying! I’m sad to be leaving my loved ones and the incredible community I’ve built here, and I’ll miss the city that’s been my home for almost a decade. I’m taking a huge jump into the unknown and once again starting my life over, like I did the first time I took too long to leave a relationship, a decade ago.

But, though it’s taken me a few tries to learn it, I think I’ve finally internalised the lesson; it’s ok to leave when you know the relationship is over.

You can’t fix it if you’re too busy just trying to survive.

Reply
Upvote
I left Canada for the United States and never looked back. Good luck with waiting months to have the government decide the medical care you are allowed to receive. Say good bye to 50 percent or greater of your income to taxes. I do hope it works out for you!
F
fragslap 2 months ago

Reply
Upvote
Why doesn't she report what job doesn't provide sick days?  I never heard of any such company. As far as health insurance cost, she should consider that  in Canada, tax revenue makes up 38.4 percent of the GDP, while in the United States, the tax revenue makes up 28.2 percent. And those taxes are going to be coming out of HER pocket.
A
aladieslabour a month ago

Reply
Upvote
1 upvotes
@fragslap But don't forget you need to include your health insurance premiium and add it to the taxes you pay, so if your premium is $750 a month then you need to add in $750pm to your monthly tax bill, or an extra $9000 per year, and the amount your employer pays for you as well because that comes out of your wages as well.  It isn't just what the government take in general income tax but the other items that in Canada - just like in most other countries - come out of the taxes you pay.  And that includes your health insurance.  Oh, and the amount you pay your accountant to do your annual tax return as well (because I've just discovered that 90% in the US pay an accountant to do their annual taxes) because elsewhere in the world you don't have to pay out for that as well.
There is a USAmerican on YouTube who has just done a video on tax in the US versus elsewhere and when he included ALL the items he has to pay for ON TOP OF PAYING TAXES that are INCLUDED in your taxes in other countries he was actually effectively paying 46% of his income in taxes.  Which is considerably more than he is paying where he now lives, even with the additional taxes that the US lumps on the poor s*ds who dare to leave the US and live/work elsewhere.
Resources
Very Peri
Skin
News
General
Opinion
True Crime
Politics
Sport
Explainer
Entertainment
Celebrity
Reality TV
Movies
TV
Books
Rogue
Royal
Lifestyle
Beauty
Fashion
Weddings
Home
Wellness
Health
Fitness
Travel
Food
Family
Before The Bump
Pregnancy
Baby
Kids
Teens
School
Parent Opinion
Work & Money
Money
Finance
Career
Lady Startup