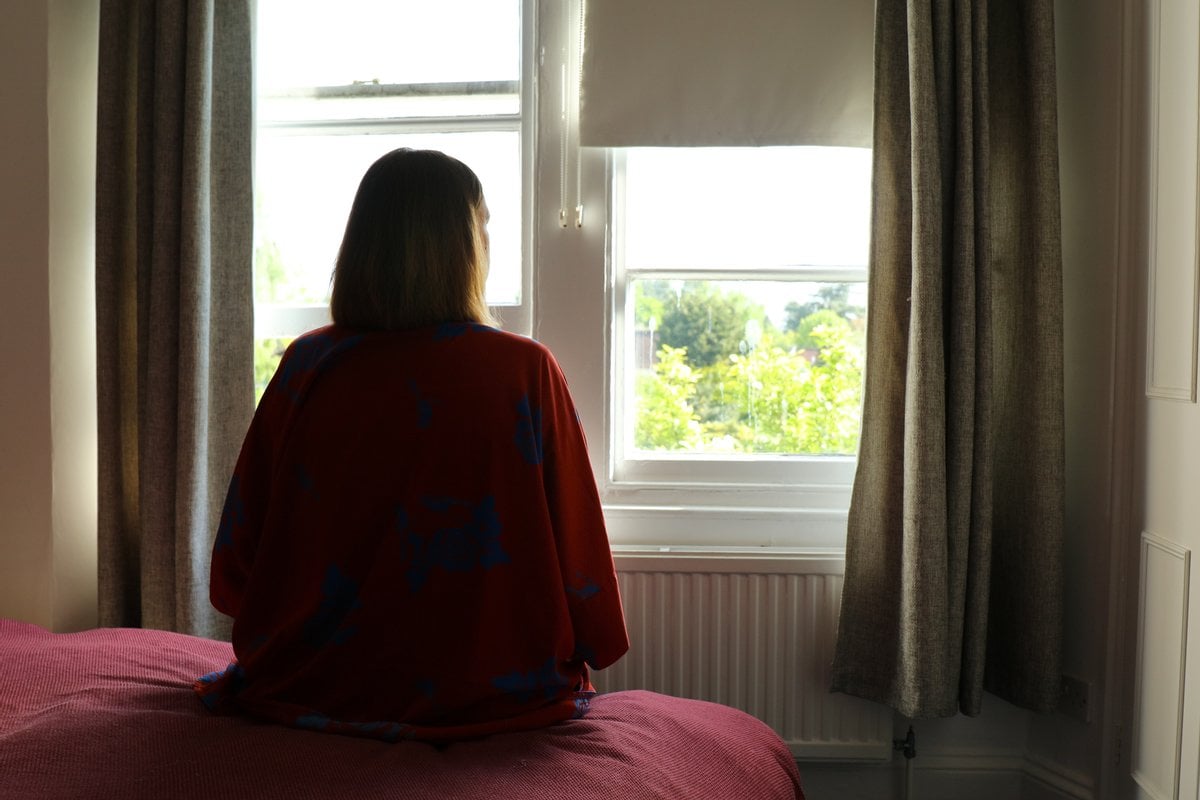 "You should get a divorce too, mummy."

My friend didn’t even react to her daughter’s statement; it clearly wasn’t the first time she’d heard it.

She ran her hands through her hair and nodded, looking years older than she was  - fragile, brittle.

Things must be getting bad, I thought. I sat across the table from her in silence. She knew I understood. We’d been friends for a long time: her daughter’s comment didn’t need an explanation.

Watch: Women And Violence: The Hidden Numbers. Post continues after.

I took her hand in mine, and waited.

I recognised the numbness, the racing mind, the exhaustion. It had been mine six months earlier: my numbness, my confusion, my hopelessness.

I looked at her and thought of driftwood, as I often did with her. We live in a coastal town but my friend, more than anyone else I know, loves to decorate her house with the dry pale wood that washes up on the beach: turning the twisted branches into abstract art and pieces of furniture.

My friend and driftwood are fused together in my mind.

“Why don’t you girls go play,” I suggested, looking at our little girls: too young to be protecting their mothers, too young for adult games of “How to keep us safe”.

I swallowed down a flashback of my own child. Just don’t talk and he won’t get mad, mummy.

Perhaps for a moment, here in my new lounge, they could relax and be kids for a few hours. My daughter took her little friend’s hand, understanding and empathy on her face, and steered her towards the bedroom.

My friend glanced at the door where the girls had disappeared. “I was cleaning the shower last week and he stood over me and yelled. I was down on my hands and knees. It was humiliating.”

Her bone-dry eyes made contact with mine, no salty tears left after years in an ocean of them. “She asks me constantly to leave him.”

“Are you going to?” I asked, begging her in my mind to say yes. I’d seen how her husband treated her. It had been bad behind closed doors in my own marriage, I’d had to leave, but her husband didn’t even hide his abuse. At a dinner party he’d called her fat in front of everyone. He made it seem like a joke. “He says that,” she’d said with a lifted eyebrow. Non-emotional. Wooden.

Listen to Mia Freedman chat to Nicolle Edwards, founder of Rize Up, a charity that helps victims of domestic violence.

We all knew he’d had an affair; he didn’t seem ashamed. He told her it was her fault for “letting herself go”. When he bought it up at another dinner no-one knew what to say. “I’m just not attracted to her,” he threw into the room: a king-tide smashing debris high onto the rocks. What do you say to that? Someone changed the subject. I can’t remember how.

Sitting at my table, years after the dinner party, she looked out the window and considered my question. “How can I leave? Then she’d have to stay with him on her own. He’d get some custody. I can’t do it to her.”

I knew she was right. He was emotionally and verbally abusive, controlling and intimidating, but that probably wouldn’t stop him getting some custody.

We think it won’t happen to us.

In her 20s, my sister was physically abused by her boyfriend. I couldn’t understand why she’d stayed with him for so long. “I’d never put up with that,” I said to her after she’d left him. “If a guy ever hurt me, I’d be out of there.” I thought it was easy. I couldn’t put myself in her shoes. Didn’t only women with low self-esteem or drug addiction stay with abusive men?

She couldn’t explain it then. Now she doesn’t have to. Now I know abuse isn’t ever straightforward. Leaving is never easy.

I stayed in my marriage for well over a decade; well after things had become toxic. I never thought it would happen to me.

I stayed through years of name-calling, manipulation, and control. I stayed after he followed me around the house screaming at me for hours. I stayed after he said, “If you got raped you’d probably enjoy it.” I stayed when he tried to kidnap our child.

The main excuse was his struggle with mental health issues and it felt like a valid one. For better or worse, sickness and health, right?

How can you leave someone when they’re so unwell? I stayed because I told myself things would improve.

They did, at times. He’d get help and things would get better. I’d feel hope rising in me: now things would be okay, but it would only last for so long before we’d be sucked back out with the tide, struggling against the current.

When I walk down the beach near my house I sometimes wonder what the driftwood was before.

I imagine it as a tree, planted solidly in a green river-side bank: alive, strong, beautiful. I imagine it being washed into the ocean by a storm, being pulled along and worn down over years, and eventually discarded on the beach. I wonder if my friend thinks of those trees when she collects driftwood to decorate her house?

I didn’t know my friend before, but I see glimpses of a strong independent woman in her: someone she once was. I know one day she’ll leave.

My friend isn’t weak for choosing to stay with her husband, just like I wasn’t strong for leaving mine. Abusive relationships leave us all brittle and dry.

They leave us all thrown on the beach. It takes years to gather yourself together and make something beautiful and strong again.

Don’t judge women who stay. There are so many reasons they do  -  kids, health, finances, religion... They stay because they’re worn down and it’s a huge decision. It’s certainly never as easy as you think.