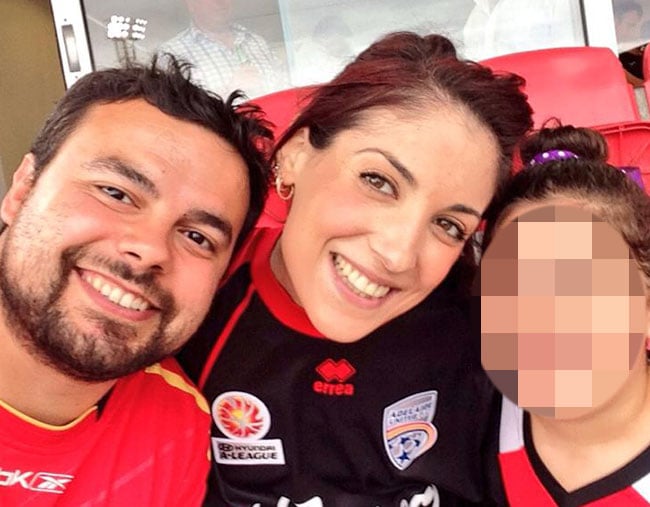 Warning: This article deals with an extreme eating disorder.

Claudia La Bella weighed no more than an average 10-year-old when she was admitted to the Royal Adelaide Hospital in June 2014 dangerously dehydrated and with severe abdominal pain.

The following day the South Australian mum-of-one was able to discharge herself despite doctors’ “serious concerns” and their “strong” advice against it. Ten days later she died, but it was only after her death that her family learned what truly killed her.

For two years the 28-year-old had pretended to have terminal ovarian cancer. The truth was she was suffering from anorexia nervosa, taking up to 800 laxative tablets a day in an effort to stay skeletally thin.

It’s for this reason, a coroner has called for tighter controls on the sale of laxatives.

In his findings on Wednesday, SA Coroner Mark Johns recommend that Dulcolax and similar laxatives not be available for self-selection from pharmacy shelves or online stores, with purchases only allowed following consultation with a pharmacist.

He also recommended that when cases of severe weight loss present at hospitals and where there are any suspicions of an eating disorder, that a psychiatric referral must be made as a matter of urgency if the patients wish to self-discharge.

Mr Johns ordered his findings be directed to the SA health minister, the federal health department, the Therapeutic Goods Administration and the Pharmacy Board of Australia.

Before her death, Ms La Bella was buying up to 30 boxes of laxatives at a time and told her husband John they were to flush toxins from her body from her chemotherapy treatment.

It was only after seeing the autopsy report following her death that Mr La Bella found out that his wife did not have cancer.

In his findings, Mr Johns was also critical of a staff member at a pharmacy where Ms La Bella bought most of her tablets, describing her as an unimpressive witness.

He said she suggested she did not think to put the excessive laxative use and anorexia together.

"In my opinion, she was plainly attempting to mislead the court and avoid responsibility for selling large amounts of laxatives to Claudia or her husband when she was well aware that Claudia likely had an eating disorder," the coroner said.

However, he cleared the pharmacist at that outlet of having any knowledge of Ms La Bella's laxative abuse.

If this article has raised any issues, please call the Butterfly Foundation on 1800 334 673.

So for two years, the husband never went with his wife for her chemotherapy, doctors, scans, blood test appointments? Nor, did he wonder why she never had surgery? It is ridiculous that because of one unfortunate individual, the coroner now wants everyone to stump up to their GP for a prescription for the odd laxative.

That's not what the coroner is saying at all. His recommendation is that laxatives are placed behind the counter, so you would need to consult with the pharmacist before they're sold to you. You still wouldn't need a prescription. This is quite clearly stated in the article.

You're right about the article. I was thinking about the geezer (can't remember who he was) interviewed on the Adelaide news who was recommending that laxatives (and panadol) require a doctor's script. Even so, the coroner's recommendation is a knee jerk reaction to a terrible incident. Anyone can pharmacy shop or buy laxatives on line.