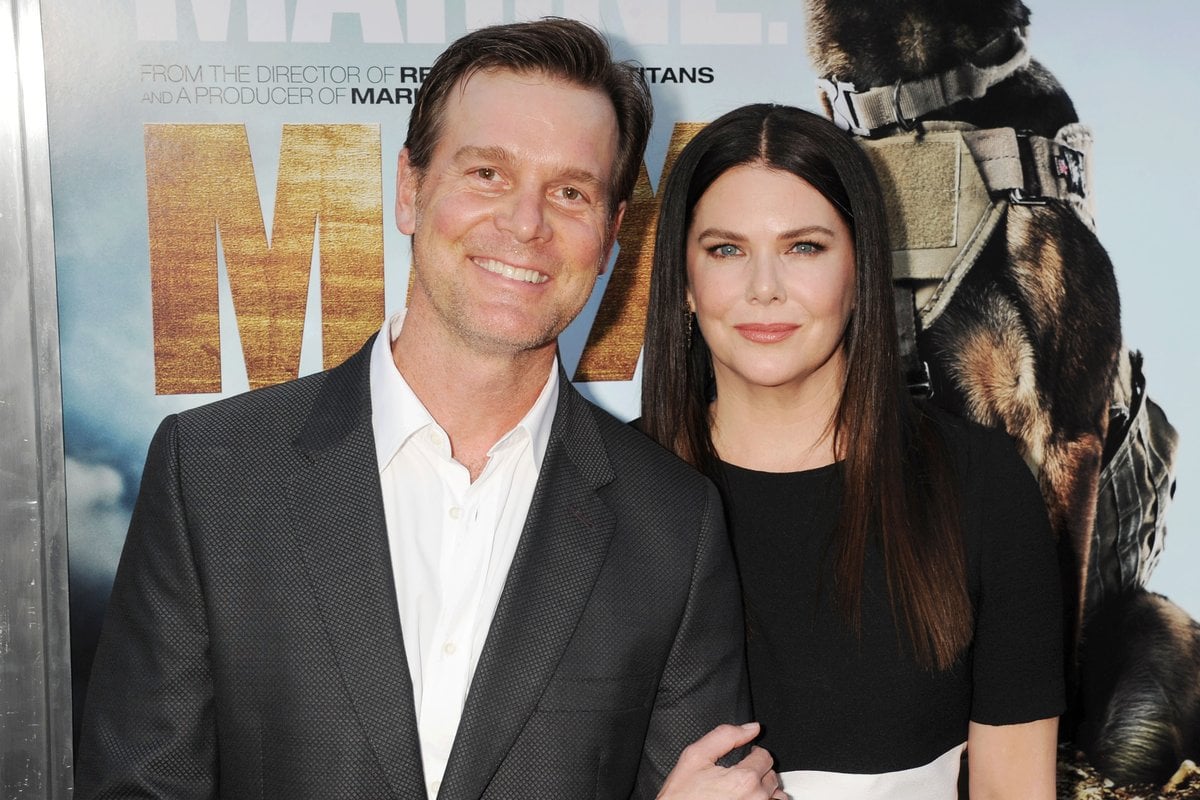 Lauren Graham and Peter Krause have broken up after more than a decade together.

The Gilmore Girls actress' rep confirmed the news to People in June, noting that Graham, 55, and Krause, 56, "quietly ended their relationship last year".

Despite becoming romantic in 2010, the two first met in 1995, when appearing on the sitcom Caroline in the City.

While the actress had a recurring role in the series, Krause only appeared in one episode, which coincidentally included a scene with Graham.

"She had me move some furniture into her apartment for her back then. I didn't catch the signal," Krause said during a 2017 appearance on Live with Kelly and Ryan.

Watch the trailer for Parenthood here. Post continues after video.

Though Graham said that they "clearly had a connection" when they first met, she blames timing and shyness for originally keeping them apart.

"I think we liked each other [but] he asked me over to his house to play a board game – and that's exactly what we ended up doing," she told Redbook in 2010.

"So I was like, 'This guy doesn't like me. Who actually plays a board game?' The timing wasn't right. I don't think either of us was ready."

"He's obviously a very confident, appealing guy, but he's shy, and so am I," she added.

And then in 2010, the actors found themselves as co-stars in the family comedy-drama TV series Parenthood.

They were cast as brother and sister, Adam and Sarah Braverman.

The same year they started in those roles, Graham and Krause began dating.

"One of the things that's been so fun is that it's so easy," Graham told Redbook about working with Krause.

"It's a lot to work with somebody and spend time with them, too." 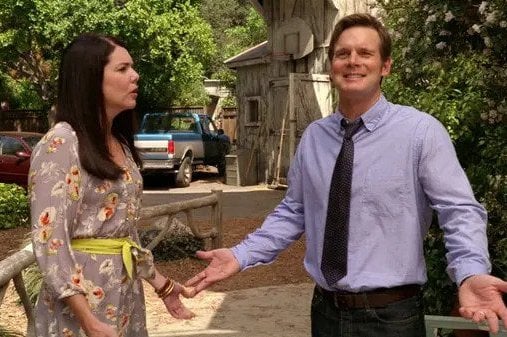 "Nobody knew about it for a while because we like to be at home, cooking and not going out," Graham told the publication about the start of their relationship.

"I've also been really protective of it because it's important that you can buy us as brother and sister on the show."

Parenthood became a hit, and ran for six seasons, before winding up in 2015.

After going public, Krause and Graham attended the Saban Free Clinic's 34th annual dinner gala as a couple in November 2010.

"We couldn’t stop talking. Not about ourselves, but about the world and books and family," Graham later told Good Housekeeping about their early days together.

"Once we got together, there was no game play[ing]," she explained.

"It was like, 'You like me, and I like you.' It gave me an understanding of life: This is how things happen, and it’s completely random."

"It’s not a big, loud life," the actress added about their low-key relationship.

"We have a lot of neighbours, people come by, we’re with Peter’s son [Roman] a lot and we keep it small."

In 2014, when appearing on Ellen, Graham was asked about her future plans with Krause.

She replied: "I never know how to answer this question."

"I don't know. We're really happy. I feel like close to five years in Hollywood is like, 'Aren't we married already really?'"

In 2016, Krause made a surprise cameo as a park ranger on Netflix's Gilmore Girls revival, Gilmore Girls: A Year in the Life, in which Graham reprised her iconic role as Lorelai Gilmore. 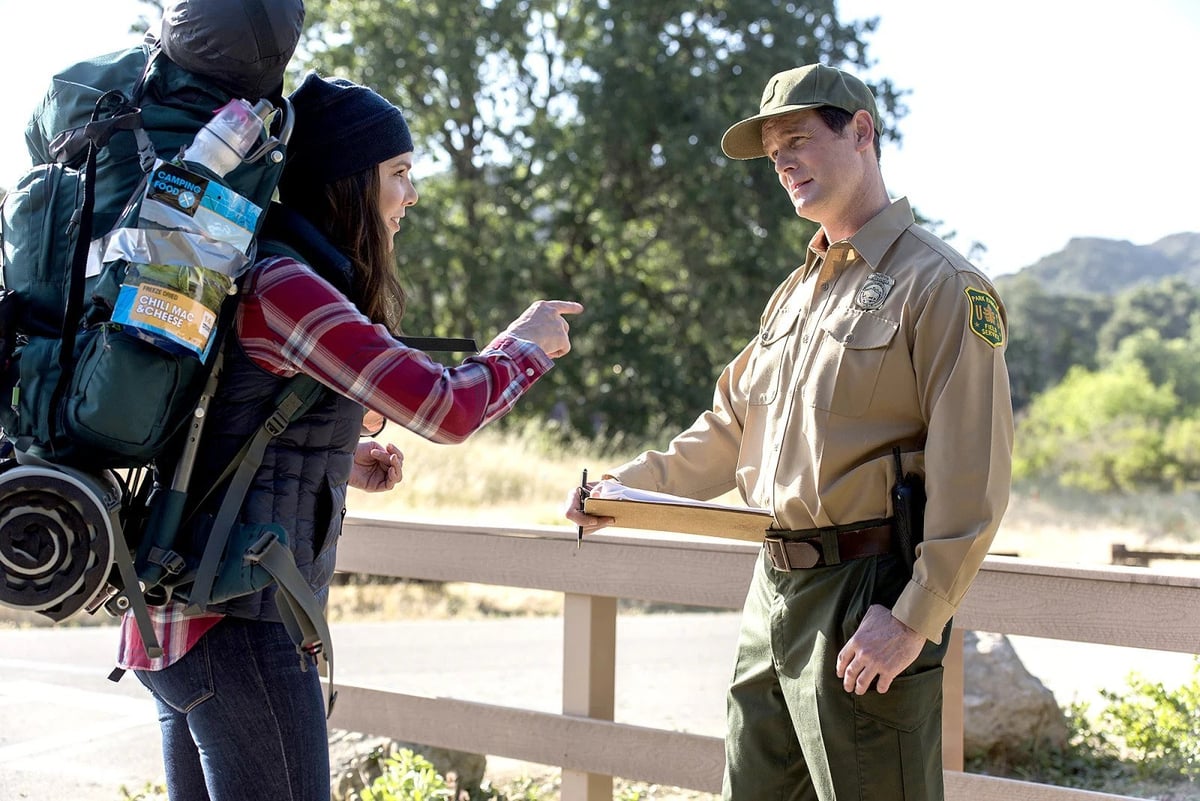 And most recently, in 2021, Graham opened up about their relationship during the pandemic.

The actress explained that she couldn't "come and go" back to her home with Krause because of quarantine rules as she was filming The Mighty Ducks: Game Changers in Vancouver.

"Normally that's a two-hour flight and you come home on the weekends, but I couldn't do that. So we were separated for almost five months, which had never happened before," she told Ellen DeGeneres.

During that time, Krause and his son Roman bonded, and Graham joked this made her "re-entry more difficult."

"It was more like they were the married couple… they were like, 'We don't do it that way anymore' in the kitchen or whatever. They were like, 'No, no, no, this is how things happen,'" Graham recalled.

Neither Graham nor Krause have publically commented on their split.