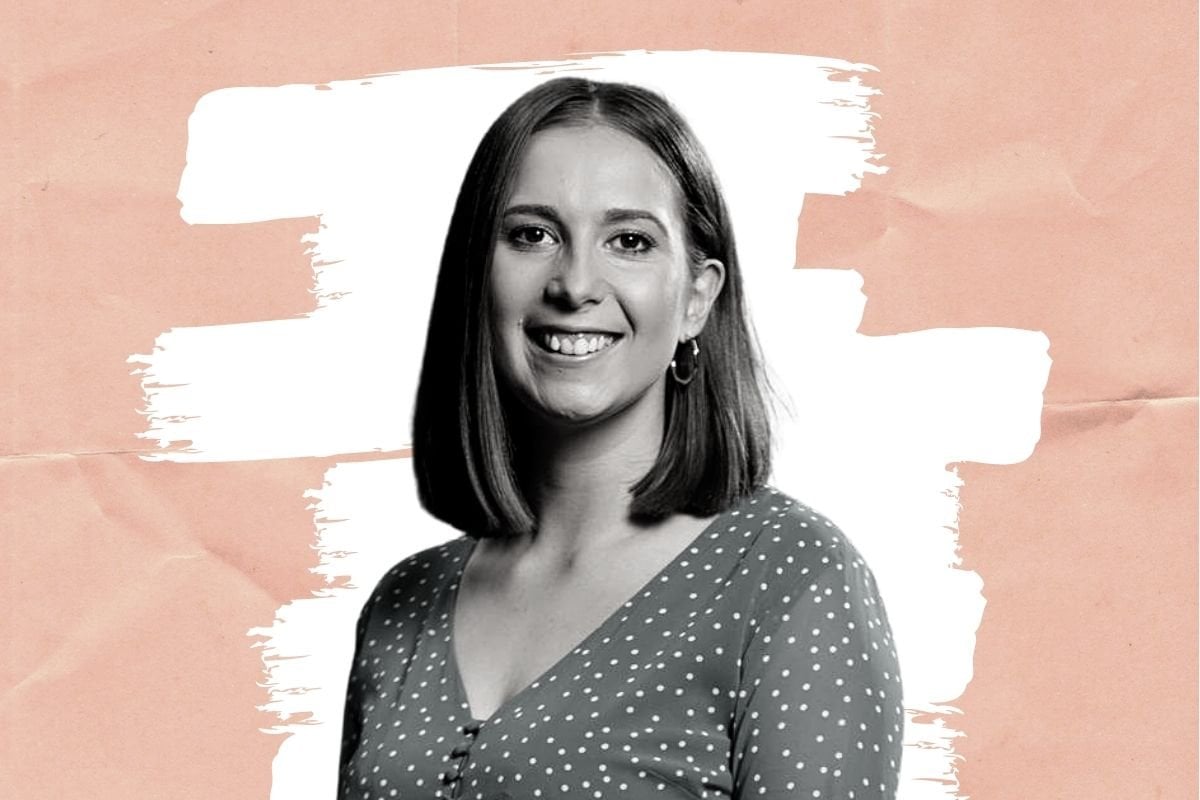 Yesterday, Laura Sharrad was not OK.

The MasterChef 2020 runner-up was caught in a tangle of negative feelings — "sick", "violated", "unsafe", "disgusted" — courtesy of a disturbing message sent to her via Instagram.

Sharrad didn't go into details about the nature of the message, except to say it was something "no woman should have to read". But she was upfront about how it made her feel.

"I feel a lot of things. All of them, bad things. Simply, it’s not OK," she wrote in an Instagram Story.

"I thought about posting this all afternoon, as I rarely share things about how I’m actually feeling. This is meant to be a happy place. Today I am not OK."

Watch: Laura beat out some of the series' all-stars to make it to the 2020 finale.

It's sadly familiar territory for the 26-year-old.

During the 'Back to Win' season of MasterChef last year, she was the target of unfair and blatantly gendered commentary on social media.

She was called 'smug' when she celebrated her victories and 'painful' when she openly displayed self-confidence.
She was called 'classless' when she showed frustration over a teammate's performance during a group challenge.
And she was criticised for 'always' cooking pasta — the very dish at which she's most proficient. (Just like other contestants who leaned on their talents for, say, desserts or dumplings.)

Sharrad was never cruel, nor offensive, nor villainous, yet she was cast as such by hordes of disgruntled viewers.

It is, after all, the traditional recipe of reality television: a hero, an everyman, a likeable rogue or two, and the one everyone loves to hate.

We're so used to it that, when it's not served to us, we whip it up ourselves. A snarky tweet, a Facebook comment, a mocking meme.

But on the other end, it's thousands of comments. And it's anything but funny. It's trolling and harassment that lasts months and years and leaves an innocent woman feeling "sick", "violated", "unsafe", "disgusted".

Watching the trailers of the upcoming 2021 season, seeing glimpses of the contestants, it's sad to imagine that one of these relative unknowns may soon have their name trending on social media because they were confident or competitive. Or because they used strategy and played to their strengths. Or because they didn't act with the kind of deference and unflinching modesty we've been conditioned to expect of women.

There is a solution, of course.

We could just watch and enjoy, and reserve criticism for people in the public eye who've actually done something to deserve it. I hear MAFS could be a good place to start...

Reply
Upvote
I loved this series of MasterChef with the new judges and returning contestants and Laura was one of my favourites. I find it sad we have to make drama in all series these days, why can’t we focus on what they’re about like talent in the kitchen or building/renovating etc. If you want to be a troll or see something with ‘drama’ go watch series like married at first sight which has devolved into absolute c**p.
News
General
Opinion
True Crime
Politics
Sport
Explainer
Entertainment
Celebrity
Reality TV
Movies
TV
Books
Rogue
Royal
Lifestyle
Beauty
Fashion
Weddings
Home
Wellness
Health
Fitness
Travel
Food
Parents
Before The Bump
Pregnancy
Baby
Kids
Teens
School
Parent Opinion
Work & Money
Money
Finance
Career
Lady Startup
Relationships
Sex
Dating
Separation
Friendship
Family
Real Life
Couples