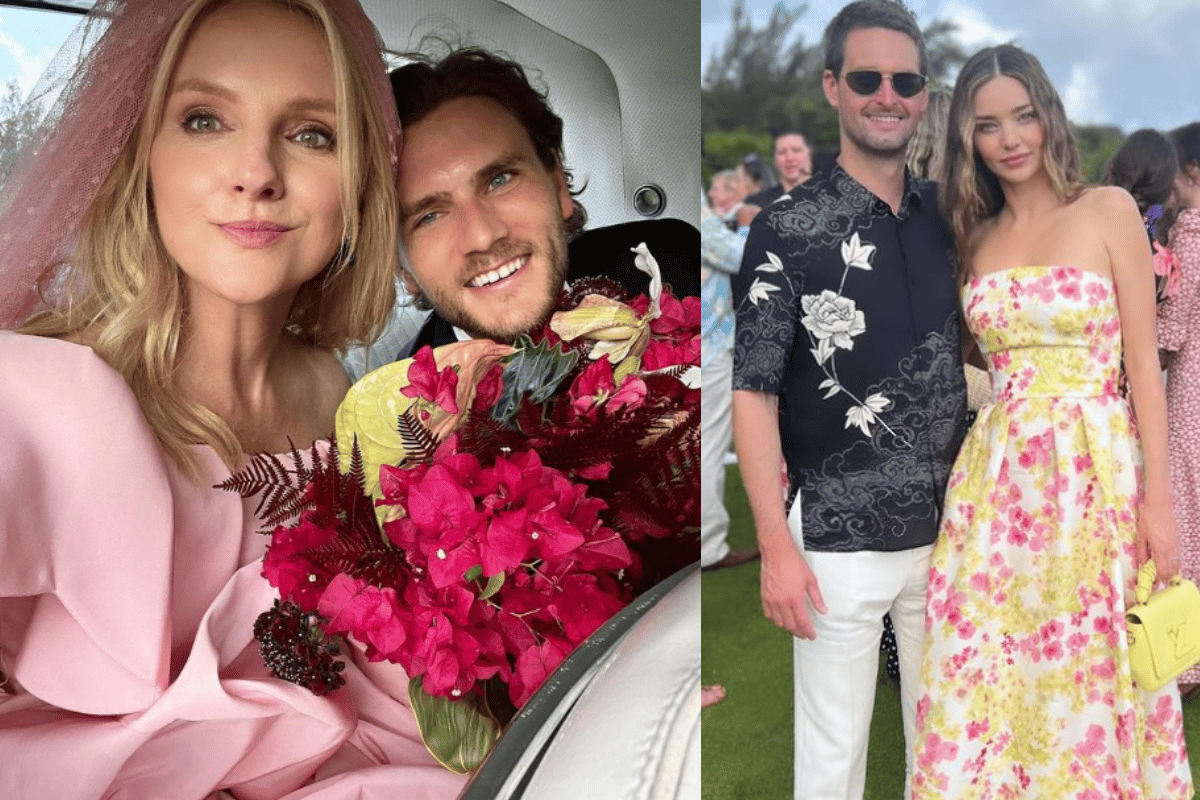 In her late 20s, Aussie journalist turned fashion mag royalty Laura Brown decided to move to New York from Sydney. It's something she had always dreamed of and from a young age, she knew she wanted to be a magazine editor.

Years down the track, Brown managed to do exactly that. She went from pulling freelance jobs from her Australian connections, to spending 11 years working her way to Executive Director of Harper's Bazaar before landing the top spot at InStyle, appointed as editor-in-chief of the fashion magazine.

And with an Instagram feed filled with images of her life in New York, plenty of celebrities and fashion editing shots, it makes sense why Brown's wedding over the weekend was a star-studded affair.

The highly anticipated wedding took place in Hawaii in an outdoor ceremony with a couple of hundred of guests in attendance.

The pair have been dating since 2015 and live in New York together.

And they do have an age gap, which Borror-Chappell referenced in an article he wrote titled, "My girlfriend is way more successful than I am and is 16 years older."

In the personal essay he wrote: "I think the curiosity stems from a combination of genuine interest in the age gap between Laura and me and the fact that she is successful - and quite publicly so. Her sunny disposition, quick wit, and obvious comfort in her own skin allow her to shine anywhere. And she is thoroughly decent, irritatingly creative, and has razor-sharp instincts, encouraging whomever is in her audience to feel naturally themselves."

Speaking to Mia Freedman on No Filter a few years prior, Brown said she met Borror-Chappell by chance. He was the breakfast waiter at a hotel she regularly stayed at, and they started flirting and "had good banter".

"I never was particularly good at New York dating culture. I think as I sort of grew up and was established, I was glad to meet someone that just made me feel better."

She continued, "My boyfriend thinks I'm really cool and do great stuff and that's it. There's no threat. There's something in that gap that in the right way can be great."

As close friend Naomi Watts described it, Brown's wedding "was well worth waiting for".

"We adored the romance, found the light, bum-rushed the dance floor, over-ate and drank and we don't regret any of it," she wrote on Instagram. "Congratulations to the beautiful couple. May your love grow stronger with each year. Thank you for creating such a memorable experience - #loverules."

Miranda Kerr also wrote on her Instagram: "Had a magical weekend celebrating our wonderful friends Laura and Brandon. Here's to a lifetime of love, happiness and so much joy." 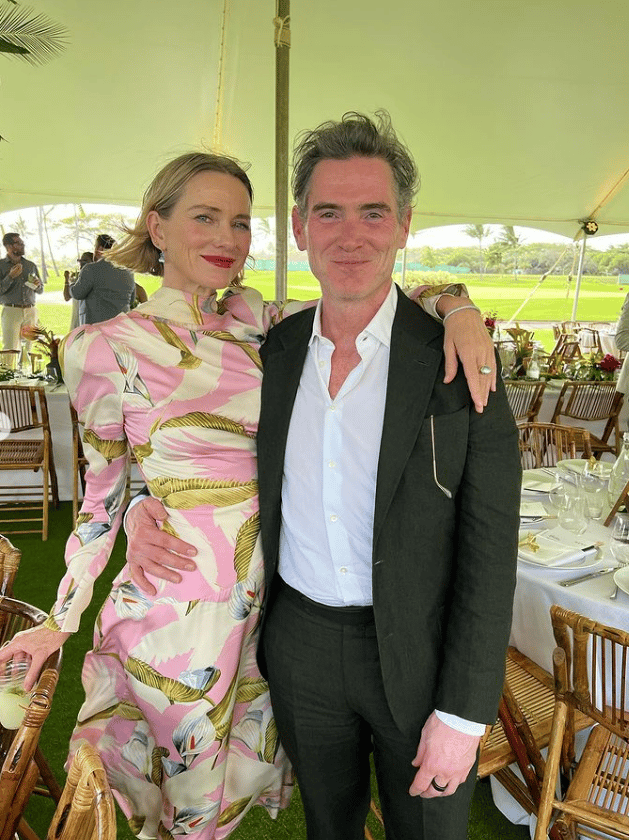 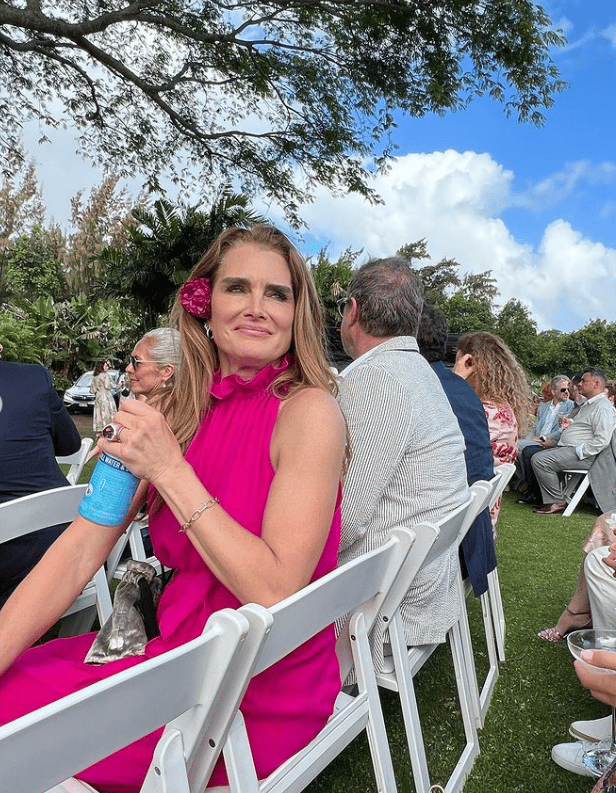 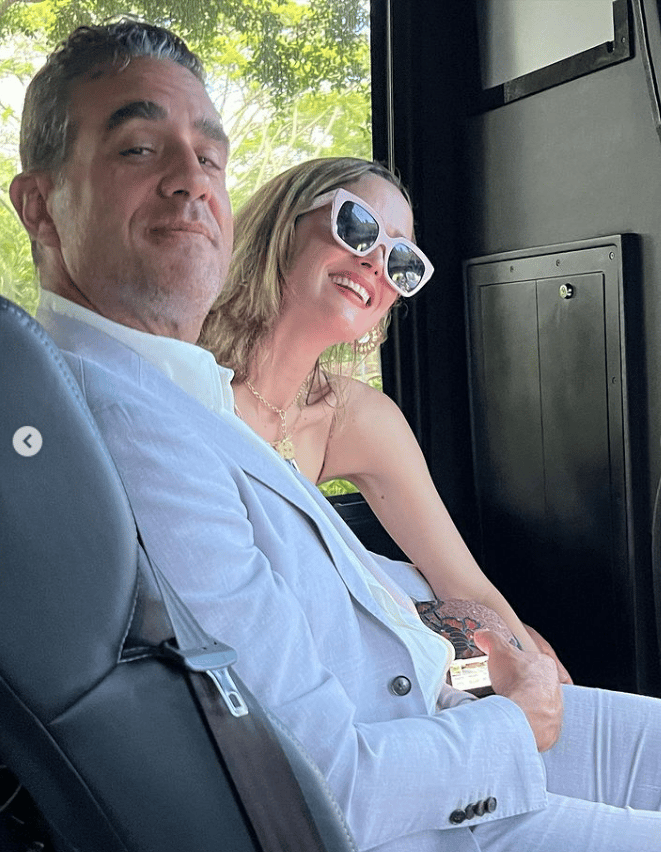 When asked during an interview if all her friends are famous, Brown said, "If I hadn't made a couple of friends after working with celebrities for so long, that wouldn't say much for my social skills."

She elaborated in her conversation with Mia Freedman on No Filter a few years prior saying, "I know my friends. I've got plenty of friends in fashion and movies, but others in banking and other industries. I don't chase having to try and get my picture taken in a club in Paris at 1am. It's not my thing."

As for Brown's wedding dress, it was pretty spectacular.

Her Valentino dress was first sketched by the fashion company's creative director Pierpaolo Piccioli back in January 2020. But of course like many pandemic-era weddings, COVID pushed things back a bit.

And what a statement the dress was. A custom Valentino pink dress, which was off-the-shoulder, had a tie-waist complete with pockets a matching pink veil with lace trim.

To top it all off, Brown paired the dress with a bouquet of hot pink tropical flowers to match the Hawaiian destination.

"Pierpaolo, I love you with all my heart. Thank you," Brown wrote on Instagram in her image carousel.