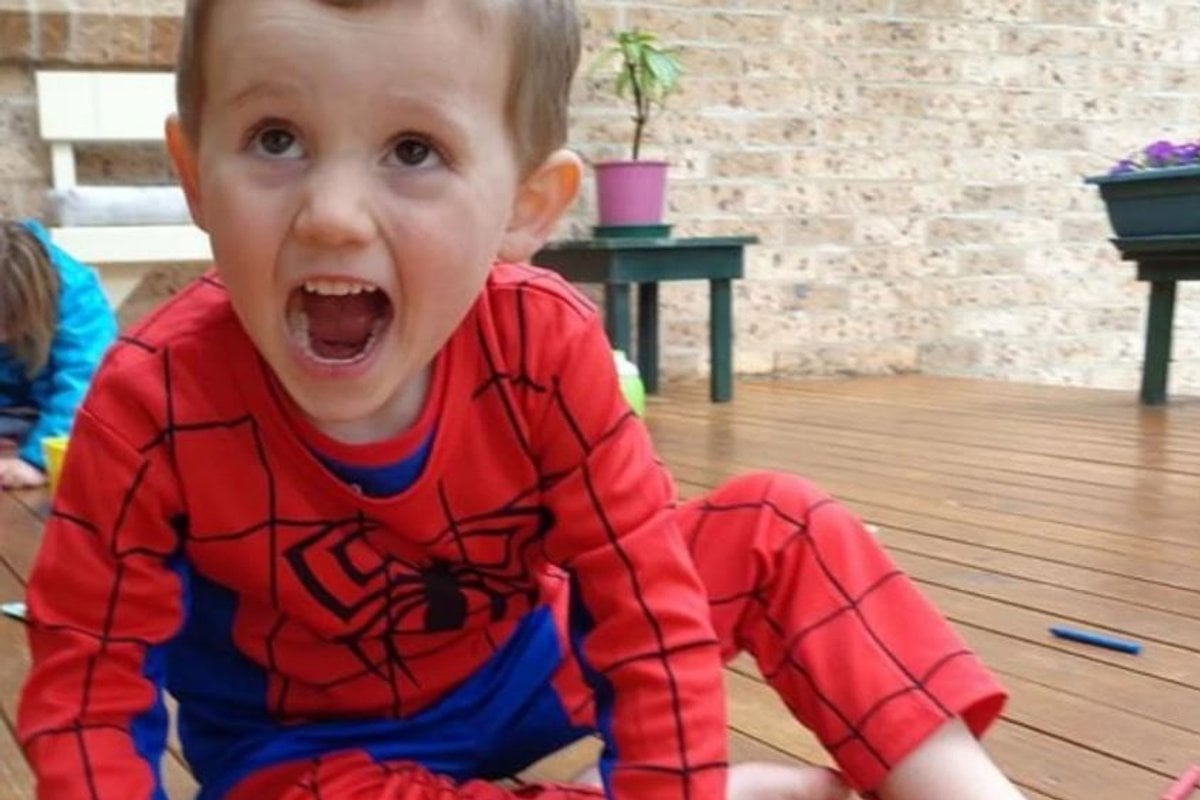 It's been one month since NSW Police launched a new "high intensity" search for missing three-year-old William Tyrrell.

Specialist police have been back combing through bushland around Kendall, where the little boy disappeared seven years ago on the morning of September 12, 2014.

Hundreds of officers descended on three new areas around the town, with the help of 30 SES volunteers.

Investigators initially focused on the home where William's foster grandmother lived and where he was last seen, searching the garden bed outside the house. 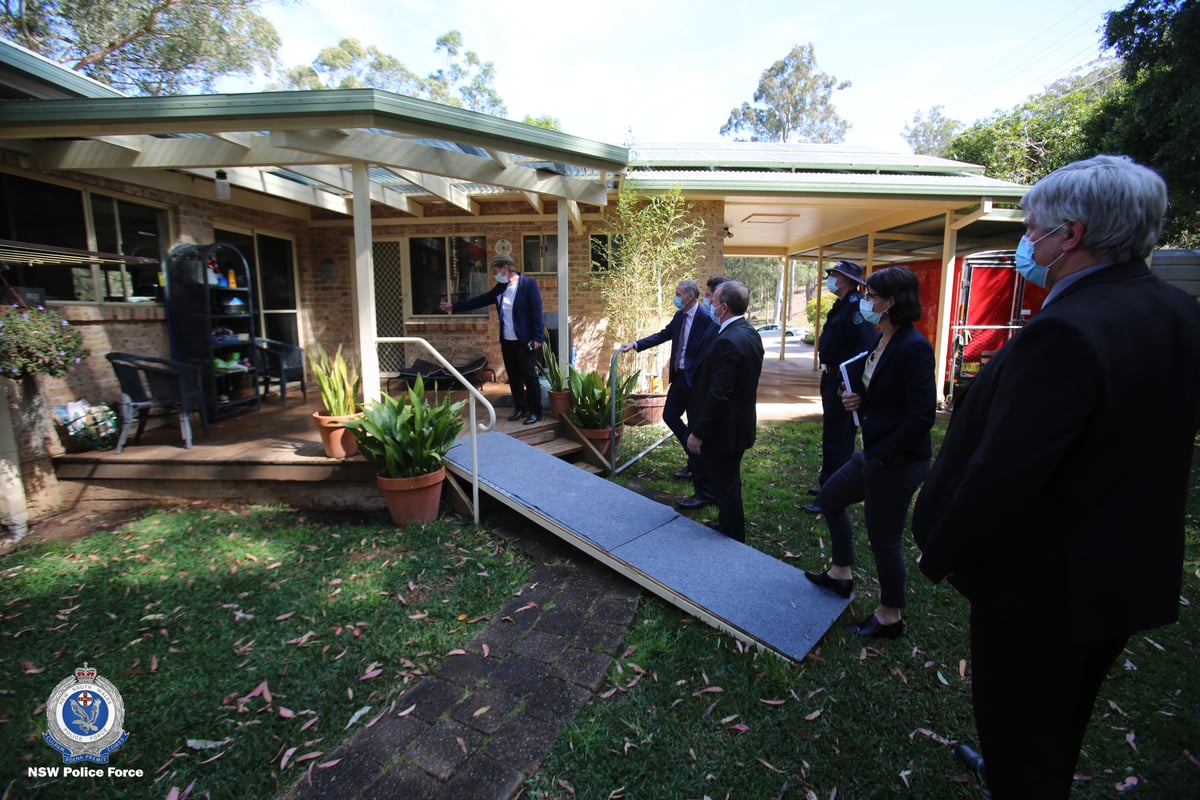 Police also seized a car from a home in Sydney last month and charged the boy's foster parents over an unrelated alleged assault on a different child.

Officers then turned their focus to an area of bushland, less than one kilometre away from the Kendall home. News broke on Wednesday that bone fragments have been found within this area.

With this new discovery, the search for William Tyrrell is set conclude by the end of this week.

To get you up to speed on the entire investigation, here were the seven biggest revelations:

1. Police were "happy" with the progress but then extended the investigation.

"We’re very happy with the items we’ve found in terms of the relevance of the investigation. In terms of both eliminating people or proving what happened to William Tyrrell," he told media.

"The message from the investigative team is what they’ve located so far is cause enough to keep going."

However, he said wet weather had hampered the search, which saw an extension "well beyond" the initial time frame.

"Initially we said it would take about two to three weeks," he said. "I tend to think we'll probably have to double that."

Meanwhile, the new NSW Police Commissioner, Karen Webb, said she was confident there will be a result in the case, but it would take time.

"It's a long laborious search and obviously the weather conditions up there at the moment are unfavourable, but police will pursue that no matter what," she told Sydney radio 2GB.

"I'm confident this team will keep pursuing this until we get a result.

"We need to find William and get this resolved."

She also told the station that she was not aware of any material with William's DNA that had been discovered yet, however police were leaving "no stones unturned".

NSW Police divers were called to the join the search by inspecting two water tanks and a dam in the area.

Commissioner Karen Webb said the team of 30 police involved in the search had been joined by specialist police divers, who inspected a septic tank and a water tank on the Kendall property.

The divers donned wetsuits and scuba gear to search a small dam downstream from the creek detectives have already been scouring.

3. An assault charge against William Tyrrell’s foster parents was heard in court.

The foster mother and father each face one count of common assault, alleged to have occurred at a home on Sydney's upper north shore this year. The charges do not relate to William.

The foster parents were not required to appear at Hornsby Local Court, which was told police served a "mini-brief" of evidence.

"I've not had a chance to give it to my client," lawyer Sharon Ramsden said.

The identities of the foster parents and the child subject of the charge cannot be revealed for legal reasons.

The court delayed the brief mention due to substantial media attention.

Ramsden forecast she may apply to have the court closed for future hearings.

The matter was adjourned until December 7 for pleas to be entered. The foster parents are excused from appearing on that day if legally represented.

4. Potential pieces of evidence were found and taken away for testing.

Police dug up dirt and drained a shallow creek in an area of bush a kilometre from the Kendall home where William was last seen.

NSW Police Commissioner Mick Fuller confirmed police sent "material and other things found up there that would be foreign to normal bushlands" away for DNA testing.

A hessian bag was found and collected for forensic testing and at least two other pieces of fabric were placed in evidence bags and sent off. Earlier this month, a large piece of black fabric was bagged.

Fuller also said more than 15 tonnes of soil have been taken to a lab for analysis.

However, it could be "weeks and weeks of searching through that before we have any answers".

LISTEN: Caroline Overington spent over a year looking into the disappearance of William Tyrrell. Post continues below.

5. Police looked for items such as teeth or bone fragments.

Former detective and criminologist Terry Goldsworthy said police were searching for items such as bone fragments or teeth.

"There is material there. We have seen the material released by the police and they have an electronic sifter that makes [processing] it faster," Dr Goldsworthy told Sunrise.

"They are searching for bone fragments or the teeth of a young child. Those items are quite small."

"It would be very draining to be constantly vigilant to ensure you don't miss a crucial bit of evidence that may be contained in the material. It will be a very slow and thorough [process] to move through all that."

6. A concrete slab at the Kendall home was scanned.

Earlier this month, Australian Federal police officers brought in a ground-penetrating radar to scan a concrete slab at the property that belonged to William's foster grandmother.

The slab was laid after the three-year-old disappeared.

However, the scan later proved unhelpful with police confirming that the results from the slab had not furthered the investigation.

7. Bone fragments were found in the search at Kendall.

A bone fragment was found this Wednesday.

NSW Police told NCA NewsWire the bone had been sent for testing. It is not yet confirmed whether it is human remains or from an animal.

The spokesperson also said media reports that the search had already wrapped up were false, but added officers would finish up at the site this week.