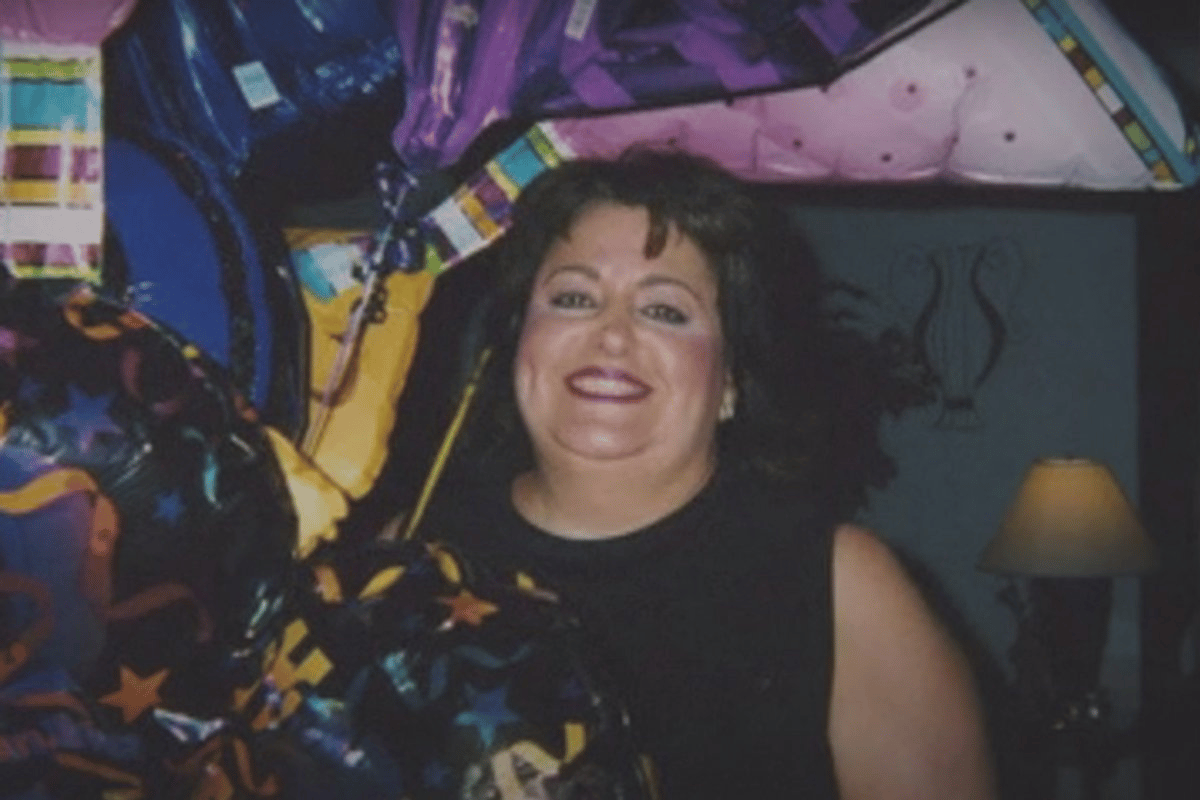 “Did you think you could get away with it?”

“Bill and Tim, why won’t you take a polygraph test?”

“Your time is up #handcuffs."

Every year, when the Detroit winter turns into spring, messages like these appear in the sky over the affluent coastal community of Grosse Pointe, according to Grosse Pointe News.

They're a haunting reminder of the biggest unsolved mystery that hangs over the tight-knit community, a mystery that involves a suspicious death, a family feud and a potential police cover-up.

Now, the case of the 'Lady in the Lake' is about to be re-examined in volume 2 of Netflix's Unsolved Mysteries, which drops onto the streaming service on Monday, October 19.

Police found the 55-year-old's SUV abandoned in the church driveway and footprints in the snow leading to the nearby lake.

Investigators claimed she had left her bag, wallet and some cash in her car, and then walked through the church car park, crossed Lake Shore Drive, entered the icy lake and drowned herself.

In the days after JoAnn's disappearance, despite her body not being found and her family claiming she had no history of mental illness, her death was ruled a suicide and the investigation was closed.

On March 20, 2010, over two months later, her body was found by Canadian fishermen. It was discovered floating in the Boblo Island side of the Detroit River, about 48 kilometres from where she vanished.

According to the Detroit News, a Canadian autopsy ruled there were no signs of a suspicious death.

However, Michelle Romain, JoAnn's daughter, has always maintained that there was more to her mother's death.

She, along with her siblings Kellie and Michael, filed a $100 million wrongful death lawsuit against the public safety departments of the Farms and Woods in US District Court, Eastern District of Michigan.

Michelle claimed her mother was abducted from the church car park, murdered, and her body was dumped into the river at nearby Belle Island. Michelle believed her mother's death had to do with an ongoing feud JoAnn had with a relative who worked in law enforcement. Apparently JoAnn had become increasingly afraid of that relative in the weeks leading up to her death.

In the suit, she also disputed the timeline of the police investigation. According to case records, the Coast Guard received a phone call requesting a search for JoAnn at 9:30pm on the night she disappeared, but police didn't run the license plate registration check that kicked off the investigation until 30 minutes later.

Michelle also claimed a police officer turned up at her house to inform her about her mother's disappearance, around 30 minutes before she was actually declared missing.

In her suit, Michelle also claimed the evidence that her mother disappeared into the lake didn't add up. She said the footprints in the snow leading to the lake actually matched those of a large business shoe, not the size 5, high-heeled boots JoAnn was wearing that night.

According to Michelle and her legal team, there was no hole in the ice indicating that JoAnn had entered the water at that location. And there was no current at that time of year that could have pushed her mother's body 48 kilometres up the river.

Two independent forensic experts, including a University of Michigan pathologist, determined it was a "dry drowning" meaning there was no water in her lungs when she was found and her breathing was possibly compromised before she entered the water. The University of Michigan pathologist also found bruises on her upper arm which indicated she could have been involved in a struggle before she died.

While Michelle's lawsuit was eventually dismissed, the judge in the case called the disputed facts "very disturbing" and stated that some aspects of the investigation were "somewhat suspicious".

"While the circumstances surrounding Ms. Romain’s disappearance and death remain a mystery, and in fact are somewhat suspicious, the court concludes that (the) plaintiff fails to create a genuine issue of material fact to hold (police) liable," US District Judge Linda Parker wrote in her March 7, 2018, opinion.

It's been over a decade since JoAnn disappeared and her family are still left with so many unanswered questions.

Why was her death declared a suicide so quickly? How did her body travel so far? Did the relative she was so afraid of have something to do with her death? Do someone in the police force help cover it up?

Perhaps the upcoming Unsolved Mysteries episode will finally give them some answers.