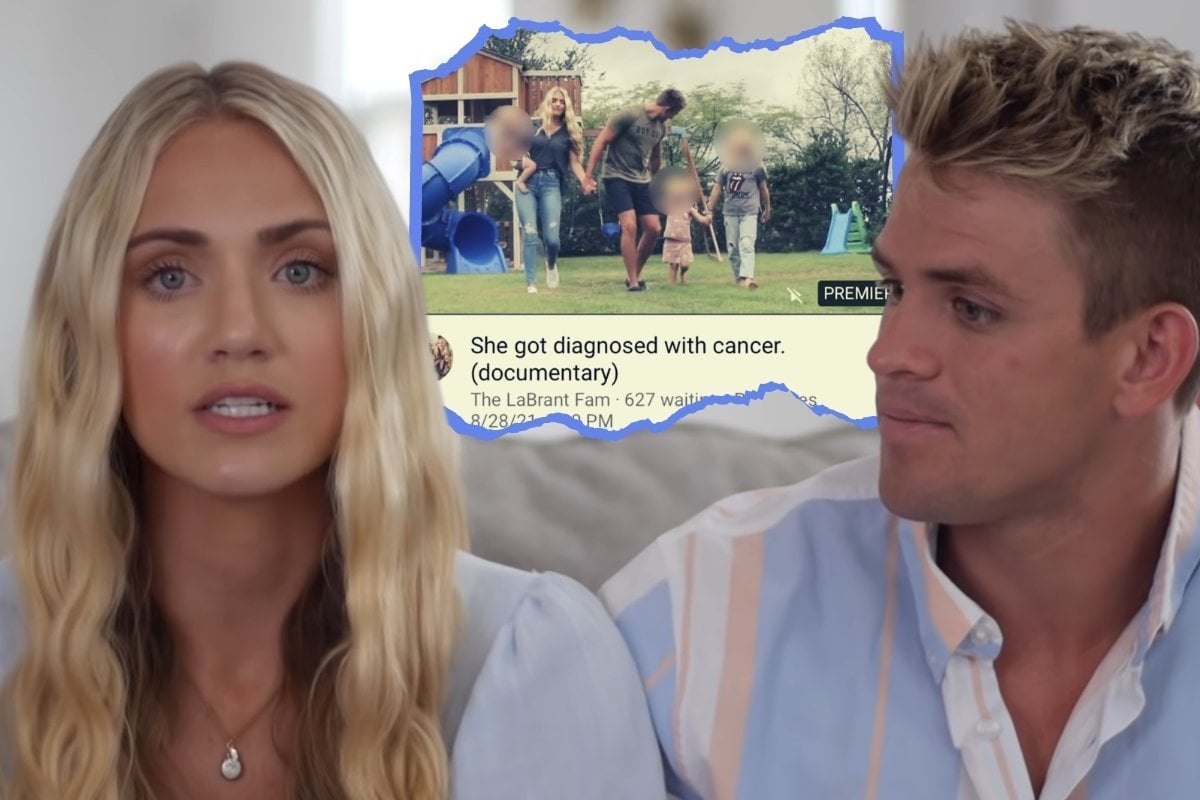 Cole and Savannah LaBrant are among the most popular parenting bloggers on YouTube. They've amassed 13 million subscribers by sharing regular glimpses into their lives, from birth videos to birthday parties and pranks.

Then late last month, the LaBrants posted a preview for an upcoming video with an alarming title. "She got diagnosed with cancer (documentary)".

The thumbnail for the video was a photograph of the couple, hand in hand with their three children: Everleigh, eight, Posie, two, and Zealand, one.

Their fans were clearly worried. "Are you guys okay?" one comment on Cole LaBrant's Instagram read. Another: "I'm so worried. What's going on? Who has cancer?" And: "Just saw the title of your upcoming YouTube video. I'm so concerned."

The 43-minute video ultimately went live on August 29, and began with Cole telling the story of his family. How he met his wife when he was 19, how he became a father to her daughter, and how they then had two more children of their own.

Then the mood changes. 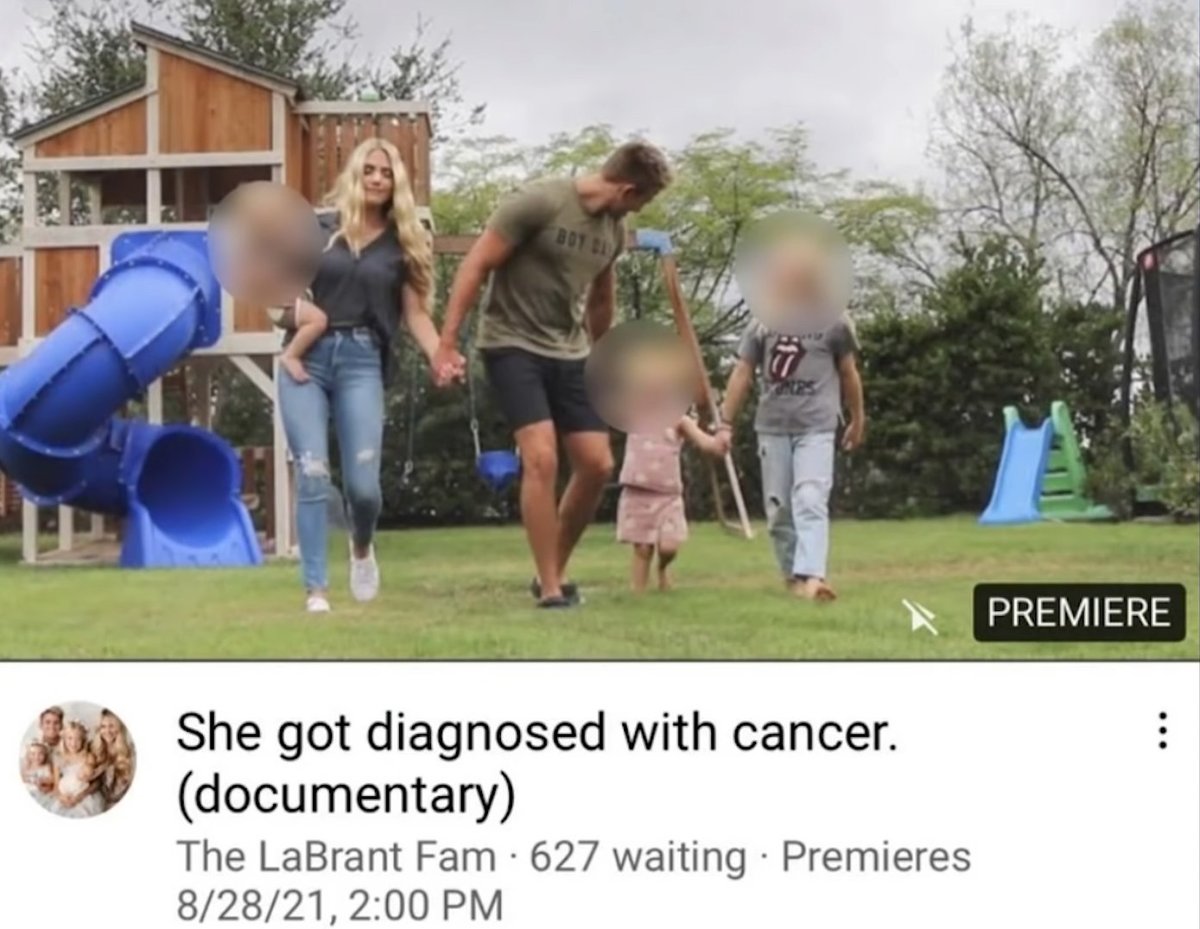 The title and original thumbnail of the LaBrants' video. Image: YouTube/The LaBrant Fam.

He and Savannah talk about their two-year-old, Posie, and how she had to visit the emergency room three times in her first year of life. They talk about her getting IVs, X-rays, how it wasn't "normal sick".

That's when the word cancer comes up. Cole tells how his anxiety fuelled concerns that the toddler had developed the disease: "I wasn't eating, I couldn't sleep. She had bruising on her legs, like most kids do, but as you Google things you can convince yourself."

Savannah talks about carrying the weight of her husband's worry, about how she was assuring herself, "'Everything's fine. It's not going to happen to us.' Which is what I feel like all parents say; you don't think it's going to happen to you."

They talk about scans and blood tests, about recognising that God "was breaking our hearts for a reason" — so they could "do something", "fight" against childhood cancers.

But it's not until more than six minutes into the video that it becomes clear. Posie wasn't diagnosed with cancer. She isn't ill at all.

Despite the video title, despite the thumbnail, despite the entire opening of the LaBrants' video, it turns out that Cole had simply decided through all his googling about pediatric cancer that "people need to know" about how many children live with cancer and the struggles their families face.

The remainder of the clip features him visiting the parents of sick children, at least one of whom he gives an envelope apparently stuffed with $10,000 cash.

It's an admirable motive, sure. As is the fact that he speaks openly about the health anxiety that led to his alarm about Posie.

But the methods? Well, they've left some fans fuming.

the labrant family has been losing my respect for a while, but they really crossed the line with this one. how DARE they use childhood cancer as fxking clickbait and spend the first 10 minutes talking like one of their kids has cancer. this is disgusting. pic.twitter.com/BAdlpYP4Nk

how did the labrant family use cancer as clickbait and not even think like…. maybe we… shouldn’t ?? do this???

— rebekah rode up on the afternoon train (@holdingonhoney) August 28, 2021

Who tf uses someone else's child with cancer as click bait? Making little kids think your kids might have been diagnosed with cancer, just so people watch your video? Ofcourse it's the Labrant family. Absolutely horrified. How bad can you really want those views for your ego.

The Labrant family should be absolutely cancelled for scaring their young fans into thinking one of their daughters was diagnosed with cancer. They knew what they were doing. Why do they still have a following?

The Labrant family do be wildin!
Using cancer for clout
Wtf was that thumbnail and heading.. they knew exactly what they where doing and it completely ruined what could have been somewhat of a decent documentary besides the fact is completely milked for views... disgusting

The LaBrant family situation is absolutely appalling. How dare you use a clickbaity title and then act so shocked and deny that you never meant to scare anyone. If all you wanted to do was spread awareness then title it something like “A documentary on childhood cancer” ur gross.

Labrant family with Cole Labrant have uploaded a video to get attention to childhood cancer.
Whats wrong with that you'd ask?
The thumbnail before was the picture on right sending fans into hysteria - do any of the kids have cancer? Nope.
They're clickbaiting. Cancer. pic.twitter.com/PbySYoOa7y

Cole LaBrant later posted an Instagram Story in which he apologised for the presentation of the video.

"We woke up with a lot of concerned messages from you guys. Rightfully so," he said. "I want to start off by apologising for any misleading title or thumbnail... I promise you, that is not our heart.

"This is a video that we have been working so, so hard on for the past six months. Nothing for us, nothing for our gain. But this is something that our family is extremely passionate about, something that rattled our family to the bones and broke our hearts."

The video remains live. But the thumbnail has been changed. To this... 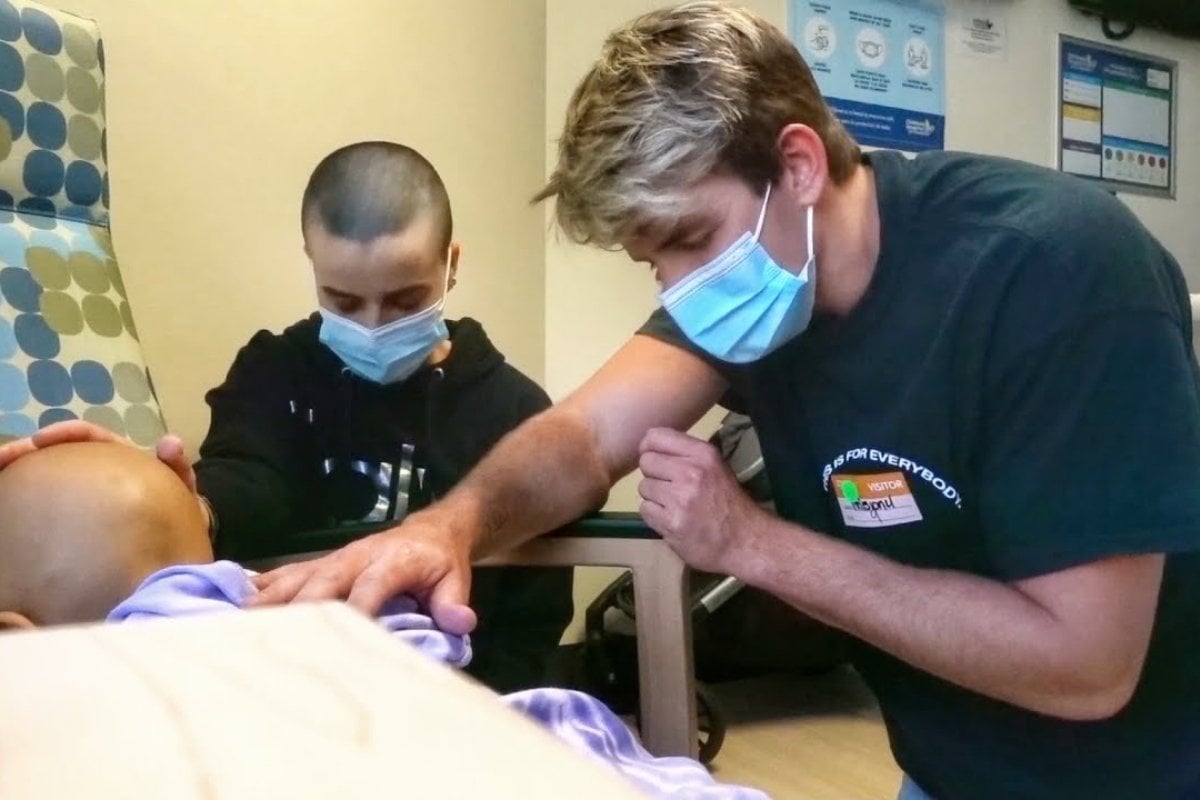 It's not the first time the LaBrants have attracted controversy.

In 2019, they made headlines after posting video of an April Fools prank in which they convinced their then six-year-old daughter, Everleigh, that they were giving away the family dog.

The video was called "We Have To Give Our Puppy Away... Saying Goodbye Forever", so the viewer was made to watch several minutes of the little girl’s distress before being let in on the 'joke'.

"We didn’t think Everleigh would be this sad about it," Cole wrote in the comments beneath the since-deleted video. "Too far?"