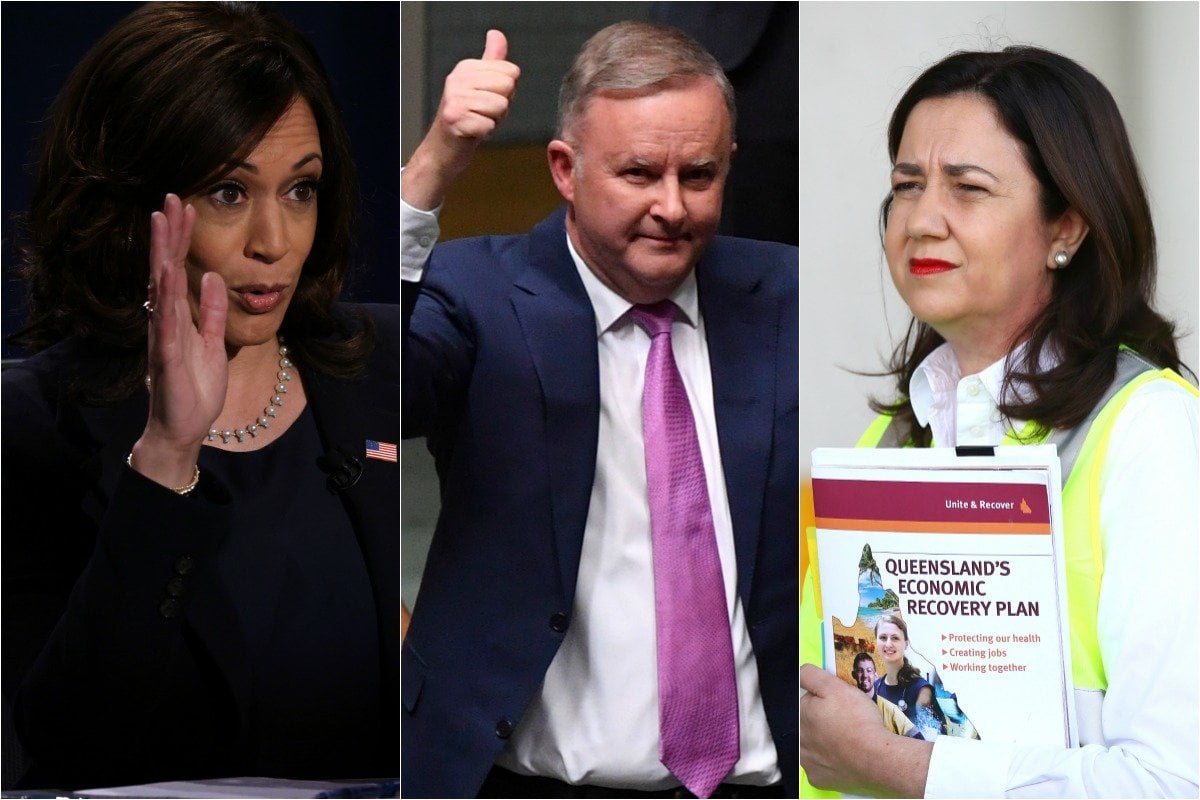 Anthony Albanese has promised more than $6 billion to slash childcare costs and a $20 billion plan to link Australia's poles and wires with renewable energy.

The opposition leader's budget reply speech on Thursday night officially started policy debate between Labor and the coalition ahead of the next federal election.

The maximum childcare subsidy would be increased to 90 per cent, cutting costs for 97 per cent of families.

No one held back. No one left behind. My #BudgetReply speech live from Parliament House: https://t.co/lEhajGpfzV

"For millions of working women, it's simply not worth working more than three days a week," Mr Albanese told parliament.

The Productivity Commission would review the sector with the aim of implementing a universal 90 per cent subsidy for all families.

An Albanese government would also upgrade Australia's electricity system to better connect the grid to renewables, in a move designed to create thousands of construction jobs linked to action on climate change and driving down power prices.

The bold plans signal the end of the opposition's policy retreat following last year's shock election defeat. It is widely tipped Scott Morrison will send voters to the polls in the second half of 2021.

US President Donald Trump, who has the coronavirus, says he will not participate in next week's presidential debate if it is held virtually.

Trump said in a Fox Business interview that that arrangement is "not acceptable to us".

And he accused moderators of trying to protect his Democratic rival Joe Biden.

President Trump says he won’t participate in the 2nd presidential debate after the CPD announced that the debate would take place virtually.@albamonica reports the Trump campaign is “nervous about what a town hall format presents for this president.”https://t.co/QNiDx36NL1

The nonpartisan Commission on Presidential Debates had announced moments earlier that the second debate between Trump and Biden will take place virtually because of the president's diagnosis of COVID-19.

The Washington, DC, Department of Health has released an open letter appealing to all White House staff and anyone who attended an event on September 26 in the Rose Garden to seek medical advice and take a COVID-19 test.

The letter indicates a lack of confidence in the White House medical team's own contact tracing efforts as the number of people infected continues to grow.

The Washington D.C. Department of Health has released an open letter appealing to all White House staff and those attending a Sept. 26 event in the Rose Garden to seek medical advice and take a coronavirus test. https://t.co/KRADNxbkKA

Democratic senator Kamala Harris has made history as the first black woman, and the first Indian, to participate in a major party presidential debate.⁠

Harris and Mike Pence sat behind plexiglass-protected tables, and both campaigns walked away thinking they'd won:

.@KamalaHarris, you made us all proud tonight.

But experts say Harris and Pence didn't offer much to deepen American voters understanding on their respective visions for America, with a fly that landed on Pence's hair for several minutes getting more buzz than talk of policy.

According to a CNN Instant Poll of registered voters who watched, 59 per cent said Harris won, while 38 per cent said Vice President Mike Pence had the better night.

Harris' response of "I'm speaking" to an interruption by Pence was one of the takeaway moments of the 90 minute debate.

READ: The 10 moments we need to talk about from Mike Pence and Kamala Harris' VP debate.

Prime Minister Scott Morrison has criticised Western Australia and Queensland over their strict border closures, saying they should only be in place for health reasons.

NSW residents' hopes of travelling to Queensland soon could be dashed after the state recorded eight locally acquired cases on Thursday, three of which had already been flagged.

NSW Premier Gladys Berejiklian said it is likely more cases would be diagnosed in coming days.

Queensland has set a strict benchmark of 28 days of unlinked community transmission before NSW residents can visit, with fear that the border clock will 'reset' with these new clusters.

But Premier Annastacia Palaszczuk - who is in the midst of a state election campaign - has muddied the waters by saying it won't automatically occur.

NSW Health is alerting the public to the following locations visited by new cases of COVID-19 notified today. These cases will be included in tomorrow’s numbers and contact tracing is underway. https://t.co/pqkRdfh3cR pic.twitter.com/4QzKXqtYEG

WA is using the same strict benchmark as Queensland before allowing travel from eastern states.

Mr Morrison is concerned WA leader Mark McGowan is using the restrictions for economic protectionism, after the premier said a travel bubble with other states would only result in the west losing tourism dollars.

Andrews: "highly unlikely nothing will change" on October 19.

Victoria has recorded another 11 cases of coronavirus on Thursday but no deaths, keeping the national toll at 897.

The cases take Melbourne's all important 14-day case average down to 9.7.

The city needs a 14-day average of five or fewer cases and no more than five mystery cases to ease restrictions on October 19.

Victorian Premier Daniel Andrews says it is "highly unlikely that nothing will change" by that date.

"There will be some changes, the exact nature of those changes we will need to look at," he told reporters in Melbourne. "You only get one chance to take these safe and steady steps.

"I think the vast majority of Victorians are determined to do this in a safe way, in a steady way, so that we aren't pinballing in and out of really onerous restrictions throughout the summer and well into 2021."

Sydneysiders are once again free to travel to the Top End after the Northern Territory's decision to lift its coronavirus hotspot declaration for the harbour city.

The decision takes effect from Friday and will remove the need for people travelling from Sydney to do 14 days of supervised quarantine.

Northern Territory officials say "superb" contact tracing and a drop in COVID-19 cases has allowed them to plan a re-opening of the border to those from Sydney from 9 October. https://t.co/uhcrV8VJ9f

Deputy Chief Health Officer Charles Pain said a briefing from NSW officials had demonstrated that the current COVID-19 cases in Sydney were connected.

"I am also confident in the thorough testing and contact tracing response in NSW, and that this outbreak is contained," Dr Pain said.

"With this advice and our own review of the evidence, I remain confident about revoking greater Sydney as a hotspot."

A body believed to be that of missing Federal Circuit Court judge Guy Andrew has been found by police in Brisbane's Mount Coot-Tha forest.

Queensland Police late on Thursday said the body was yet to be formally identified as that of the 55-year-old, adding that investigations were continuing.

"His Honour will be remembered as a fine, highly-respected barrister and a diligent and determined judge who lived a life of service to others and to the law," Justice Alstergren said in a statement.

"His tragic passing is a timely reminder of the extraordinary pressure on all who practice in the often highly emotive family law jurisdiction. This pressure can be exacerbated by appointment."

Mr Andrew was a keen walker and disappeared after leaving his north Brisbane home early on Sunday to exercise.

- The World Health Organisation has reported a record one-day increase in global coronavirus cases, with the total rising by 338,779 in 24 hours led by a surge of infections in Europe.

- The FBI says it has thwarted a plot to overthrow the Michigan state government and kidnap its governor Gretchen Whitmer and had probable cause to charge six men with a failed operation that involved reaching out to a militia group.