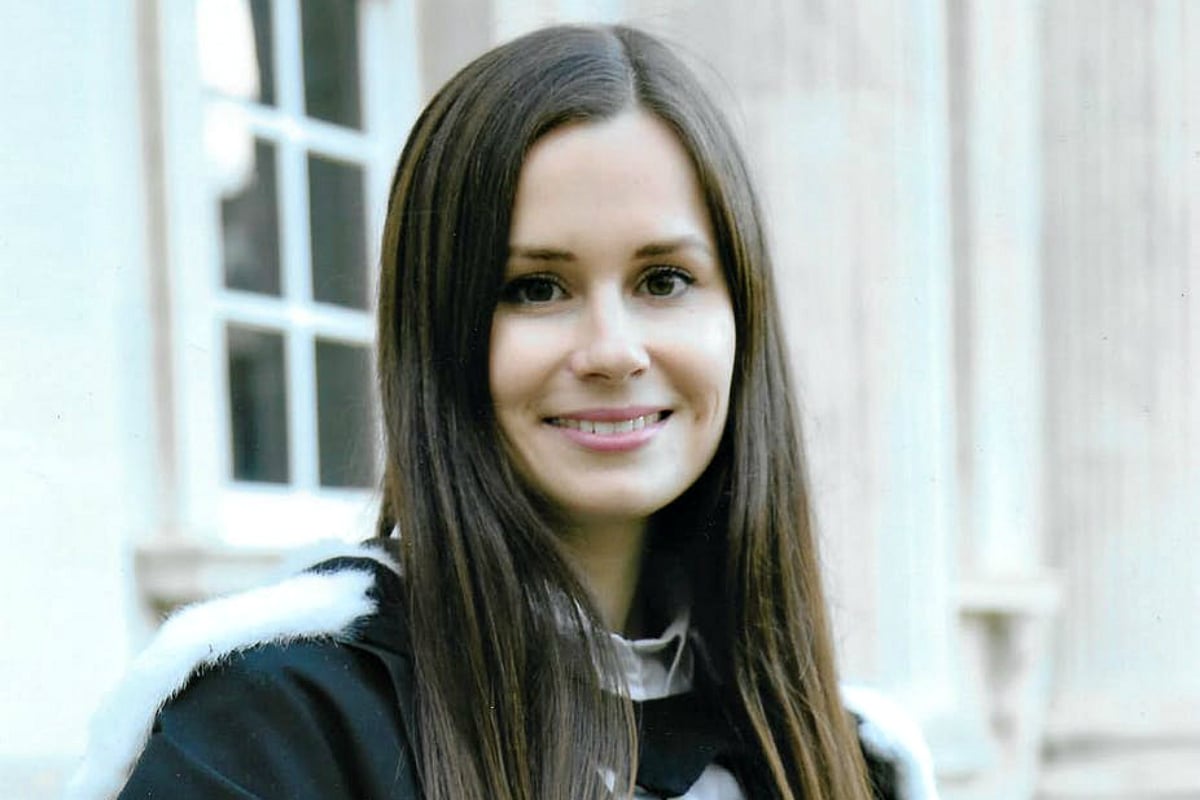 Among the thousands of inmates held in the belly of Iran's notorious Evin prison is an Australian named Kylie Moore-Gilbert.

The 33-year-old Melbourne University academic has been held there for more than 21 months, having been convicted of espionage in a farcical secret trial that critics argue was politically motivated.

Dr Moore-Gilbert had been conducting research in Gulf politics in the country, with a focus on revolutions, protest movements and activism.

Now, according to a report in The Times, Dr Moore-Gilbert has been staging some activism of her own.

The UK newspaper claims the joint British-Australian citizen has been physically punished by Evin guards, after she was found to have formed a protest choir and support network within the Tehran prison.

A source told The Times she coordinated inmates to sing and hum together from their cells and while working in the kitchen, in a display of collective defiance. She also reportedly communicated with new prisoners, warning them about who is trustworthy and supporting them through threats of rape and death made by prison guards.

One such message was reportedly intercepted by staff, resulting in her being beaten.

"She was seen being treated for wounds on her hands and arms. Since then, it is believed that the prison’s governor has sanctioned drugging her to keep her 'compliant'," The Times reported.

"A source said she had been seen incoherent and weak, to the point that she appeared 'comatose' at times. She had severe bruising all down her body."

So how did an Australian academic end up here? What's she had to endure inside? And what's being done to bring her home?

How Dr Kylie Moore-Gilbert ended up behind bars.

Dr Moore-Gilbert arrived in Iran for an academic conference at the University of Qom in late August 2018; she'd reportedly arrived on invitation and had been granted the necessary visa.

During her three-week trip, Dr Moore-Gilbert also conducted research and interviews relating to her own academic work. It was an interview subject who reported her to Iranian authorities as "suspicious".

Dr Moore-Gibert was due to board a plane home to Australia in mid-September 2018 when Iranian authorities pounced on her at Tehran airport.

She was taken to Evin prison and held in solitary confinement.

A secret trial saw her convicted of espionage, despite no evidence being presented, and sentenced to 10 years behind bars. She and the Australian Government have firmly rejected the charges as baseless and politically motivated.

Someone who knows the process intimately is Jason Rezaian, an Iranian-American Washington Post journalist who was jailed in Evin 2015 following a closed-door espionage trial.

Periodically I get requests from media in #Australia to talk about Kylie Moore Gilbert. I try to do them all, because I’m shocked at how little the government of @ScottMorrisonMP is doing to win her release or even simply improve her conditions in prison in #Iran. https://t.co/edApcnHmUi

"Invariably, the trials are done behind closed doors without the benefit of real legal counsel for the person who is put on trial. There's no witnesses; there's no evidence. It's all innuendo and hearsay, and generally you can expect to be convicted very quickly," Rezaian told Mamamia's news podcast The Quicky.

"It's a very dehumanising experience. You're accused of all sorts of things that don't match up with reality. And essentially, in every one of these cases that I know of, the person is being held as political leverage against their home government."

Letters from inside Evin prison.

Dr Moore-Gilbert was last reported to be held in Ward 2A at Evin, watched over by paramilitary guards who report directly to the country's Supreme Leader.

"This is a place where political prisoners are held for long stretches of time, and it's where, almost always, foreign nationals who are being held as hostage are kept," he told Mamamia.

In letters smuggled out of the prison and reported by The Guardian in January, Dr Moore-Gilbert described being detained in a 2mx3m windowless cell where the lights remained on 24 hours a day.

She wrote that she had been denied phone calls to loved ones, had limited access to Australian consular officials, was unable to eat most of the prison food due to allergies, and that her failing physical and mental condition had landed her in hospital on multiple occasions.

The letters, written in Farsi between June and December 2019, were addressed to her Iranian 'case manager'. Dr Moore-Gilbert repeatedly professed her innocence and requested that she be transferred to a general section of the prison.

"I think I am in the midst of a serious psychological problem, I can no longer stand the pressures of living in this extremely restrictive detention ward anymore. My situation here is even more difficult due to the ban on having any phone calls with my family," she wrote, according to The Guardian.

Dr Moore-Gilbert also rejected an offer to spy for the country's Revolutionary Guard Corps in exchange for her release, writing, "I am not a spy. I have never been a spy and I have no interest to work for a spying organisation in any country. When I leave Iran, I want to be a free woman and live a free life, not under the shadow of extortion and threats."

According to a May report by The Guardian, Dr Moore-Gilbert had since had limited contact with consular officials and a single phone call with family that month.

The Australian Department of Foreign Affairs and Trade has repeatedly said it is working to secure her release.

However, human rights organisations have questioned why other foreign prisoners, including UK citizen Nazanin Zaghari-Ratcliffe, have been furloughed, and she has not.

Jason Rezaian expressed the same concern when he spoke to Mamamia last month:

"The fact that the Australian Government has been unable to improve her conditions in any measurable way, to me, seems like a real deficit in living up to its responsibilities for its citizens."