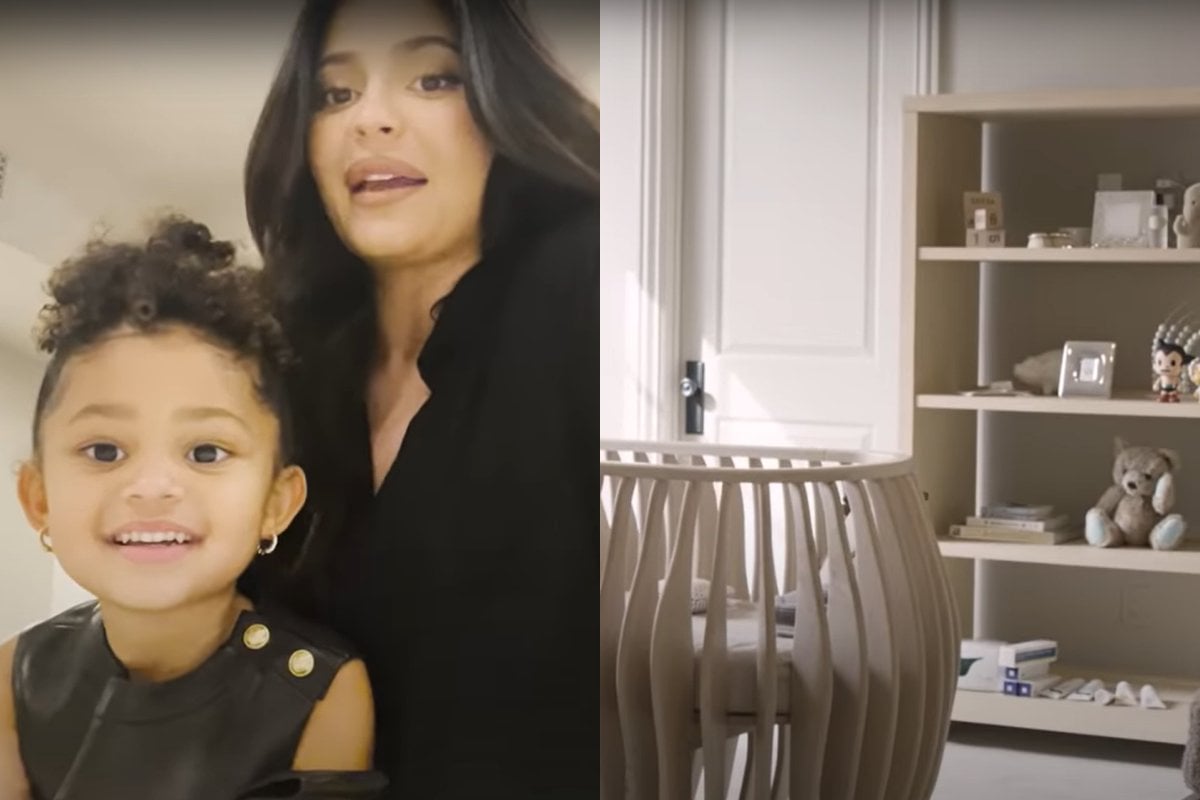 Kylie Jenner has released a nine-and-a-half minute documentary detailing the pregnancy and birth of her second child.

The birth of the 24-year-old's first daughter, Stormi Webster, was kept a secret until she shared a video titled 'To Our Daughter' in 2018.

This time around, however, Jenner shared the news of her pregnancy prior to the birth.

Now, after a relatively private pregnancy, Jenner has released a video titled 'To Our Son'.

The new video gives a very intimate look at Jenner's baby shower and four-year-old Stormi's reaction to the news that she was becoming a big sister.

From Jenner's pregnancy cravings to a look into the baby's nursery, here's what we learnt from the new video.

The couple have changed their son's name.

After Kylie Jenner shared the link for the new video to her Instagram Stories earlier today, she shared that her son's name has been changed.

Just over a week after welcoming their son, Kylie Jenner and Travis Scott announced his name, Wolf Jacques Webster, on Instagram Stories.

But now, over a month later, the couple are going back to the drawing board.

"We just really didn't feel like it was him. Just wanted to share because I keep seeing Wolf everywhere."

The couple haven't announced their son's new name yet.

He had the same due date as their first-born.

Throughout the video, Jenner and Scott were shown including Stormi through every step of the pregnancy, with the four-year-old joining them at appointments and standing alongside them for speeches at the baby shower.

At one point in the video, Jenner told her daughter that her new brother had the same due date as she did.

"That means you and the baby could have the same birthday! Are you okay with that?" Jenner asked Stormi.

Although Stormi seemed more than happy to share, her brother was born just a day after her birthday on February 2, 2022. 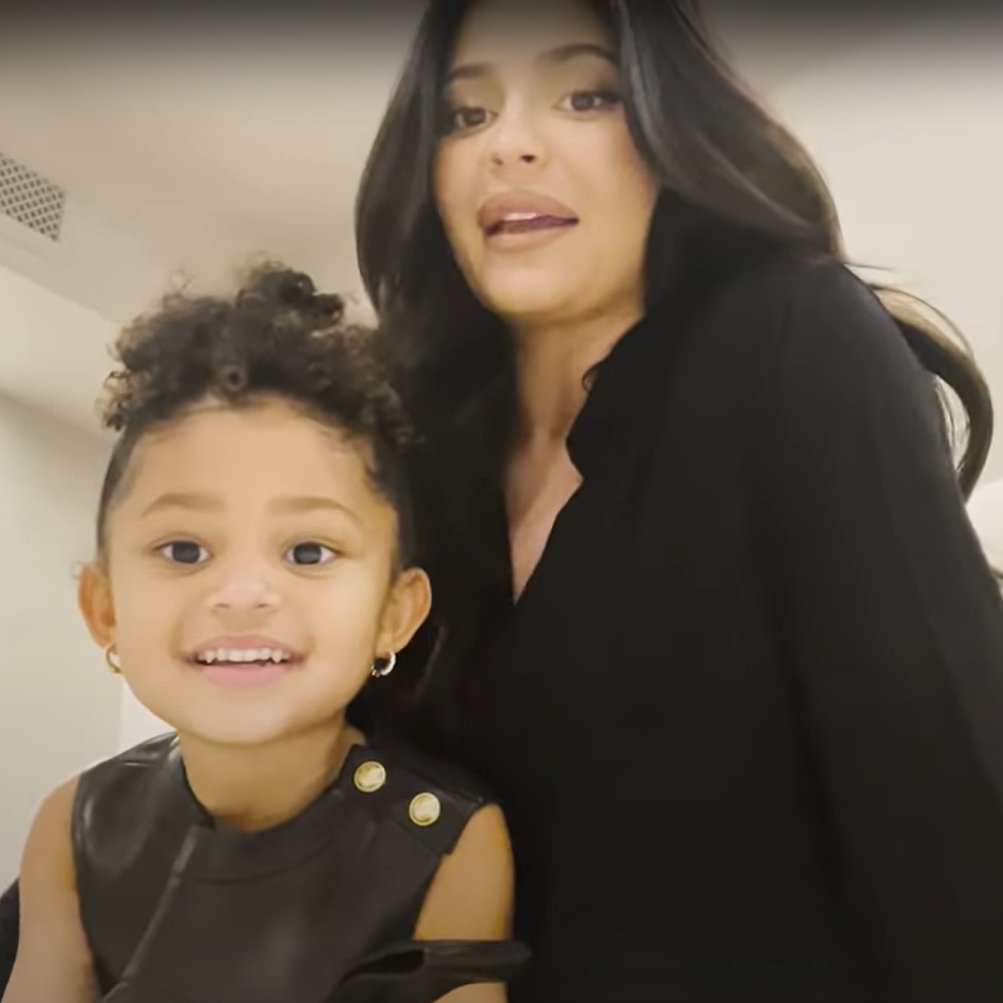 In a snippet from Jenner's baby shower, Jenner showed off two dinner plates - including one that was loaded up with steak.

"It didn't fit all on one plate," she said of her dinner.

"My pregnancy craving is steak, like red meat for lunch and dinner and a baked potato is like my diet – just a lot of meat," she added. 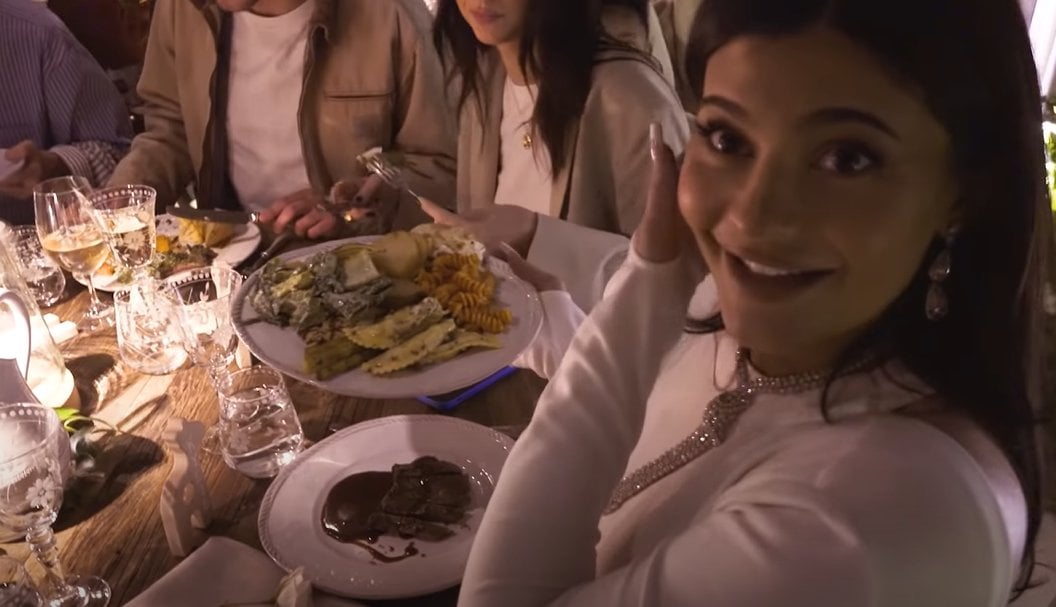 In Jenner's video, we get our first glimpse into their son's new nursery, and it's pretty much what you'd expect from a Kardashian/Jenner nursery.

The design is minimal and gender-neutral with cream tones and features one of the most luxurious cots we've ever seen, if we do say so ourselves. (In case you're wondering, it costs $10,000. Yep.) 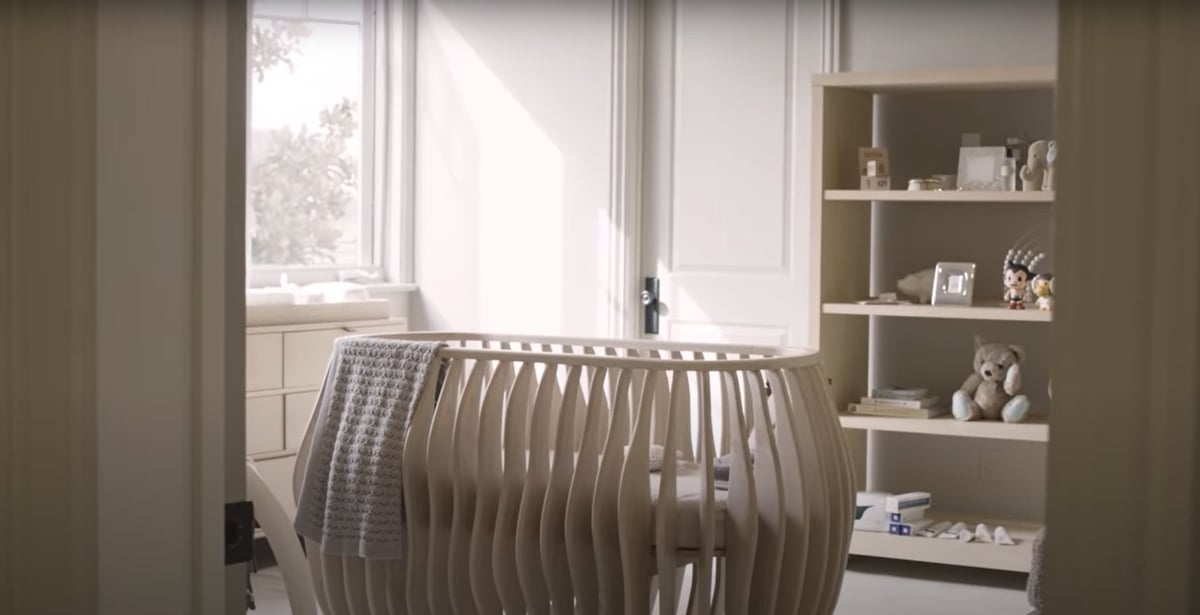 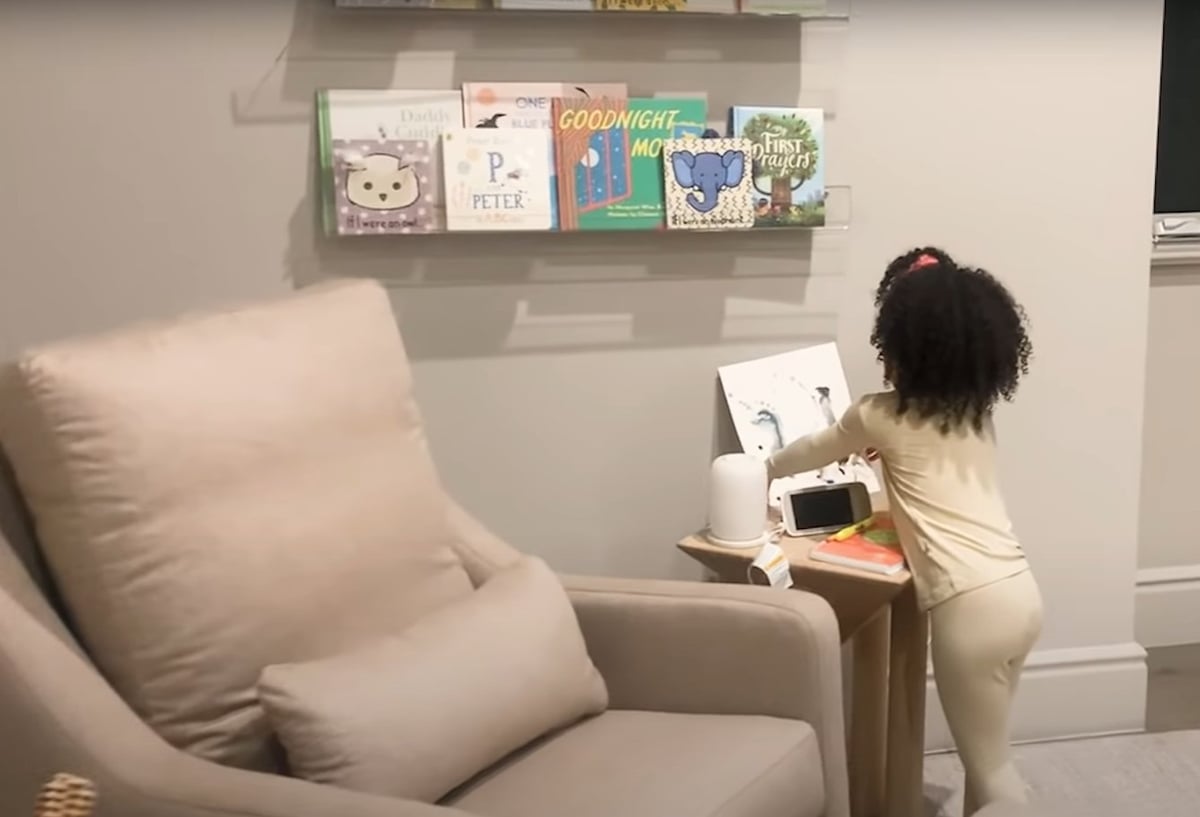 The nursery also featured a Louis Vuitton teddy bear, a painting by Stormi, and an enviable shoe collection. ¯\_(ツ)_/¯ 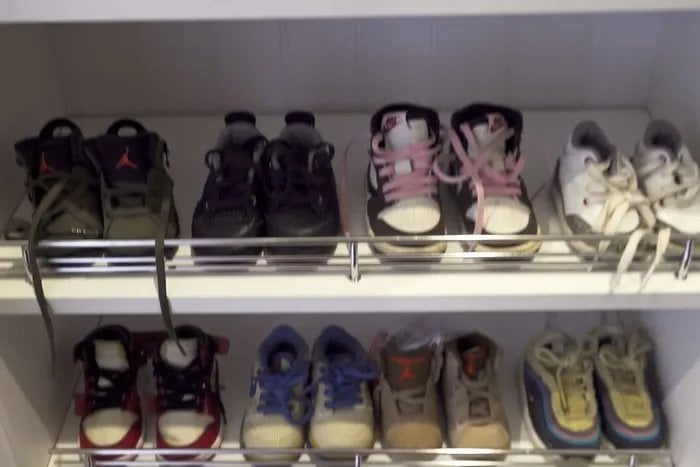 If this 10-minute video is anything to go by, it's clear the extended Kardashian/Jenner family really love each other.

Early in the video, Jenner hands Kris Jenner an envelope with the scan inside. When she works out what it is, she tearfully tells Stormi: "This is one of the happiest days of my life!"

Later on, Kris addresses her new grandson, saying: "To my new grandchild, I cannot wait for you to get here, I think about you every day and I'm just really excited to meet you and welcome you into the family.

"I'm just filled with lots of emotion and I love you already... You're coming into the most amazing family [with] lots of cousins and you're just going to have the best life because you have the best parents. I love you."

Speaking to Jenner and Scott's son, both Kim and Kourtney Kardashian shared their love for him.

"It's aunty Kourtney, we wanna say, we are so excited for this baby right? A new family member. And we love you already," Kourtney said.

"I pray that you love the family that you are born into, because we're very special," Kim added.

Kendall also shared her love for her younger sister, saying she's inspired by her.

"Ky, you inspire me so much with being a mum. I'm not a mum yet myself and I look up to you so much when it comes to how you raise Stormi and how you're going to raise your new baby," she said.

Say what you will, they're certainly a loving bunch.

Reply
Upvote
1 upvotes
How does a cot cost $10,000? Is it made from some super rare Mongolian wood that can only be harvested by a shaman at midnight under the full moon on February 29th? Handcrafted  from a single log by artisans who have to train under masters for twelve years before they can even pick up a chisel? I mean, she can afford it so why not buy it, but sometimes "rich people stuff" kind of blows my mind.
C
cat 5 months ago