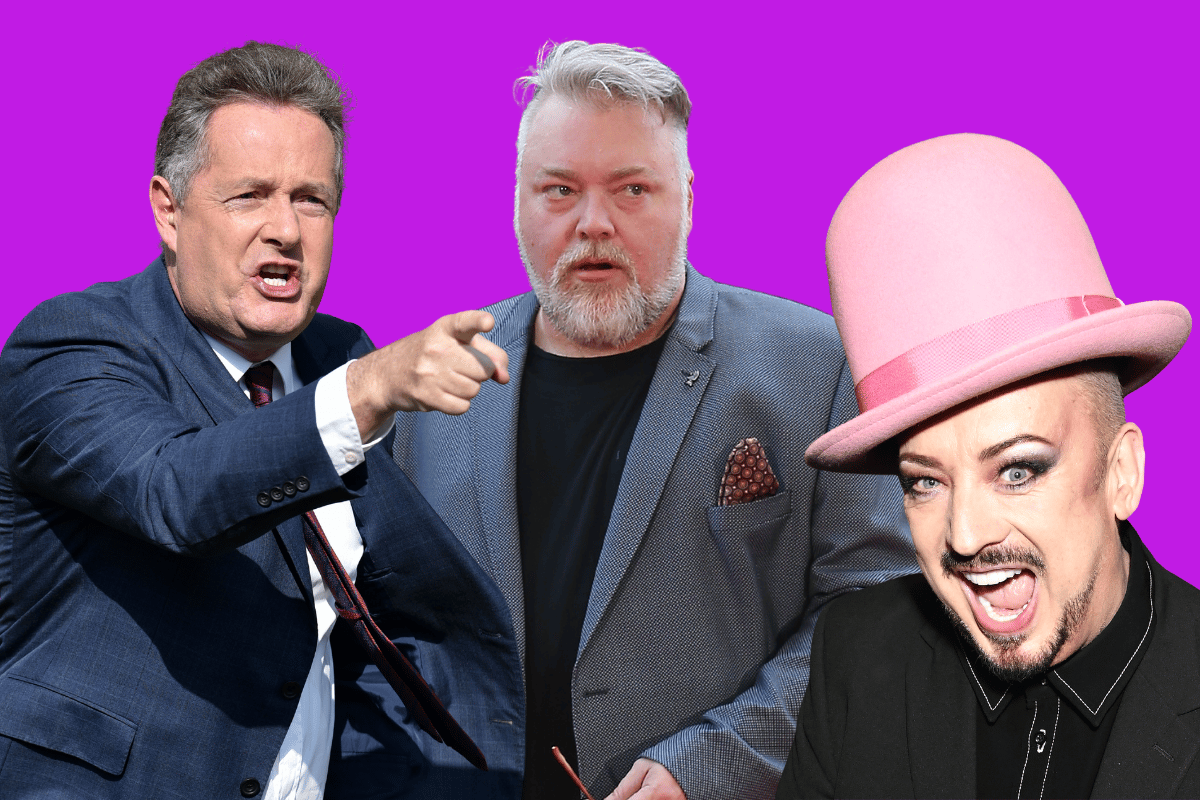 There's nothing quite like a grown man storming off the set of his job, simply for being called out for terrible behaviour.

We've seen plenty of celebrities walk out of awkward interviews, but what about famous men abruptly cutting their radio shows or interviews, TV presenting gigs or concerts?

So, simply because these scenarios are incredibly cringe to relive, here are four examples we can't look away from.

Radio shock jock Kyle Sandilands is no stranger to controversy, and this week's saga was no different.

Minutes into Wednesday's episode of the Kyle and Jackie O Show on KIIS 1065, Sandilands called Jackie O an "idiot" and stormed off the show. 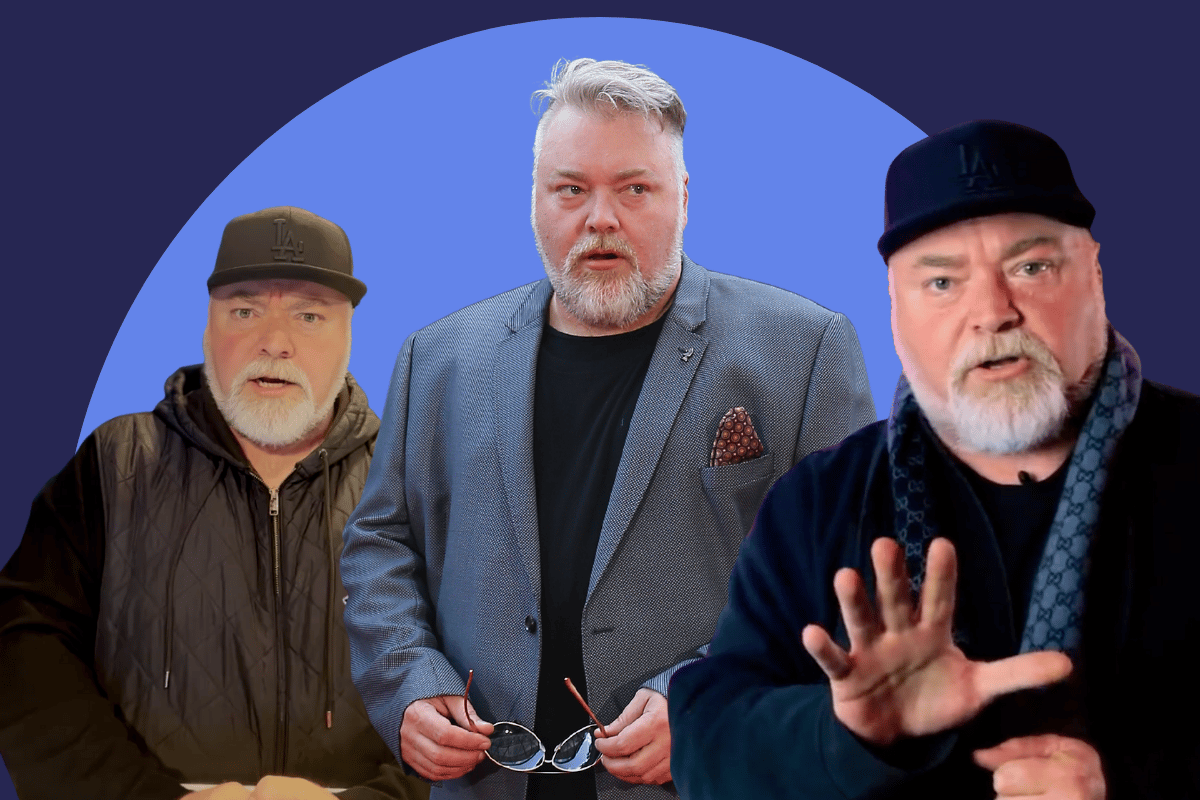 Our showbiz guru @mrpford has the audio of radio shock jock Kyle Sandilands storming off his own show over the Gladys Berejiklian text message scandal. pic.twitter.com/ipXD6UmOVN

In response to the radio discussion segment, Sandilands said: "This is the biggest news in Australia, and it's all over nothing. So what if the ex-Premier called the prime minister a horrible, horrible person? I've called everyone here an effing c*** in text messages. I wouldn't be surprised if Gladys was just pacifying whatever loser minister she was talking to. This is not real news. Don’t make up fictitious bulls**t drama over nothing."

Listen to No Filter: The many complicated lives of Kyle Sandilands part one. Post continues after audio.

"You're all f**king lazy loser journalists and you all type the same s**t. You just show how dumb you all are, you idiots. I'm going home, f**k you. Do the show by yourself."

He then stormed off the show and didn't return for the rest of the episode.

In 2019, singer and musician Boy George was on The Voice as one of the show's four famous judges.

And it didn't take long for Boy George to make a dramatic exit. All because of a 21-year-old busker. 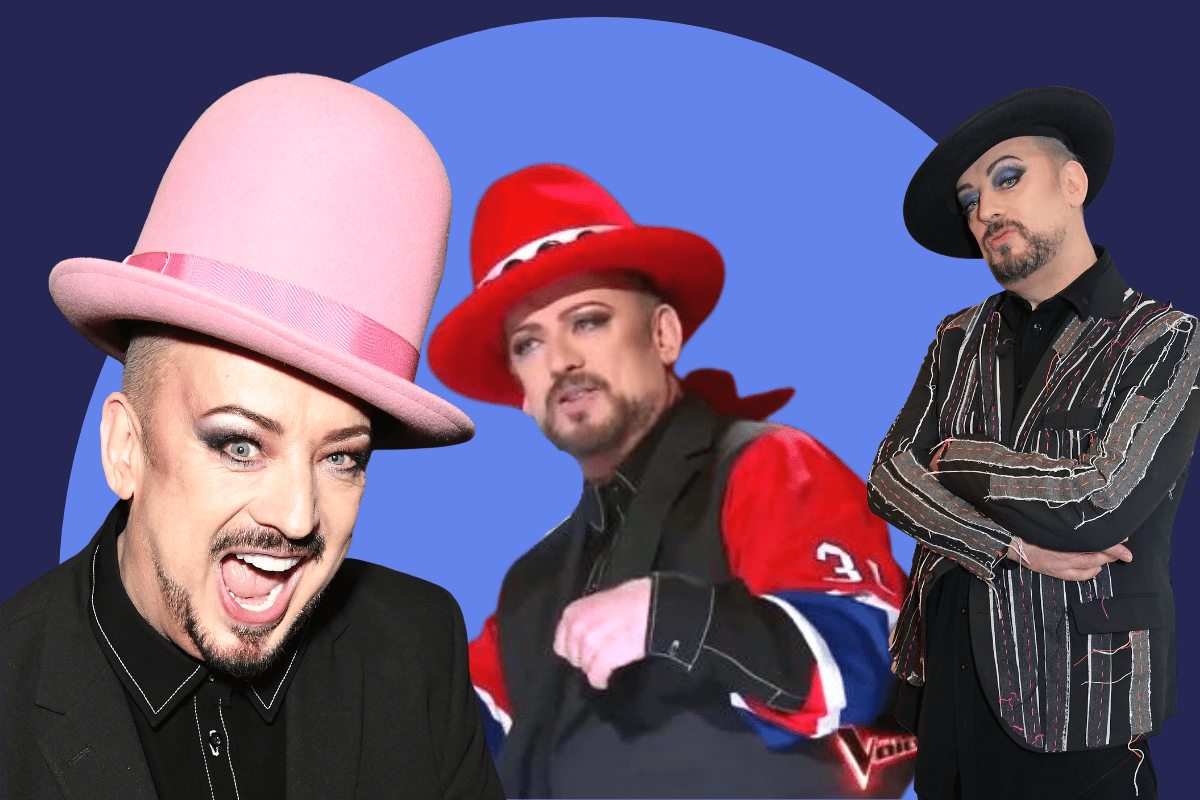 Image: Getty/Channel Seven/Mamamia.  Boy George was very upset over what he deemed 'rude' behaviour from busker and contestant Daniel Shaw.

He asked Daniel, "Do you play guitar?" to which Daniel responded "I can play guitar, but no one really cares if I play guitar."

And as soon as Daniel saw Boy George's face, he knew he was in the sh**.

Boy George replied: "No one cares? I do. I think after that comment, go with Delta. It's a weird thing to say," before swearing, getting up out of his obnoxiously large red chair and storming off the set.

Boy George storms off the set of The Voice Australia because no one has thought of or talked about Boy George in a decade. https://t.co/OoFhxr5mac

Of course, it was just a misunderstanding, but Boy George had to take the night to cool off.

And look, he isn't a stranger to storm offs. A year later in 2020, he abruptly ended a radio interview.

During the interview with Brisbane's 4BC, Boy George abruptly hung up, as he was upset that host Neil Breen's introduction said he was a hit in the 1980s with songs 'Karma Chameleon' and 'Do You Really Want To Hurt Me.'

The singer responded: "There were about 10 records you missed that were huge massive hits... I mean, please. Please don't talk about me like I live in past context. I'm on TV, everybody knows who I am."

We couldn't do this deep dive without the one and only Piers Morgan.

Better known as the man who detests Meghan Markle purely because he was once rejected by her.

For years, Morgan had been using his enormous platform, which consisted of a column in the UK's Daily Mail and a TV gig on Good Morning Britain, to air his controversial views. 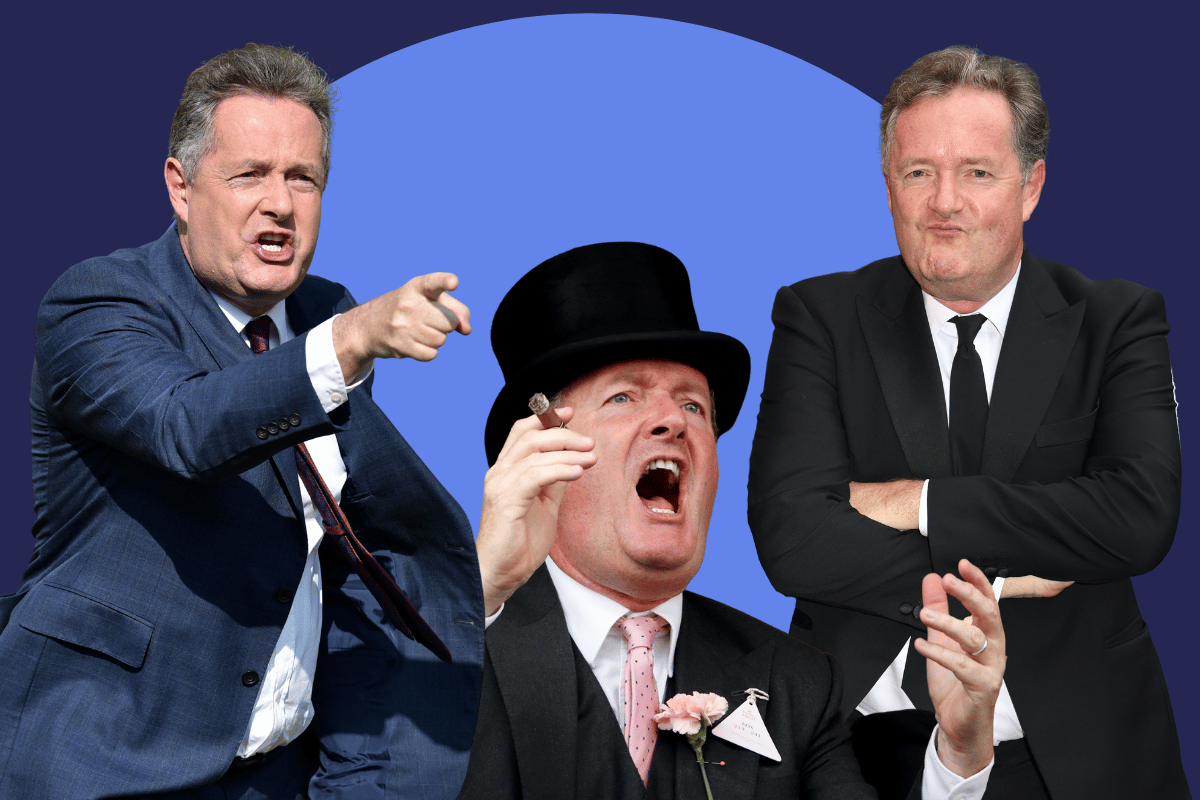 Image: Getty/Mamamia. After Meghan and Harry's Oprah interview in March 2021, Morgan once again went one step too far, dismissing Meghan's revelation that she experienced suicidal thoughts while a part of the royal institution.

He called her a "social climber".

He said he "didn't believe" Meghan's "claims of mental health".

In reference to Meghan and Harry's racism allegations, Piers said their actions were an "absolutely disgraceful betrayal", "vile, destructive self-serving nonsense" and "race-baiting".

Watching Piers Morgan walk off Good Morning Britain just now when he got put in his place was absolutely beautiful. Cowards always run and try to avoid being held accountable. pic.twitter.com/dqvR0qQkhw

So it was up to one of the few persons of colour in the studio, presenter Alex Beresford, to remind Morgan that racism and discrimination isn't a good look on national television.

Unable to take the warranted criticism, Morgan ended up storming off the set and has since left Good Morning Britain.

In 2012, the world got to witness the unravelling of an entire rock group in real time.

American rock band Green Day have some pretty iconic hits like 'Boulevard of Broken Dreams' and 'Wake Me Up When September Ends.' But it's their time at the iHeartRadio festival that has stood the test of time. Due to a scheduling issue, Green Day had their set cut short by 20 minutes, which resulted in a rage-fuelled outburst. 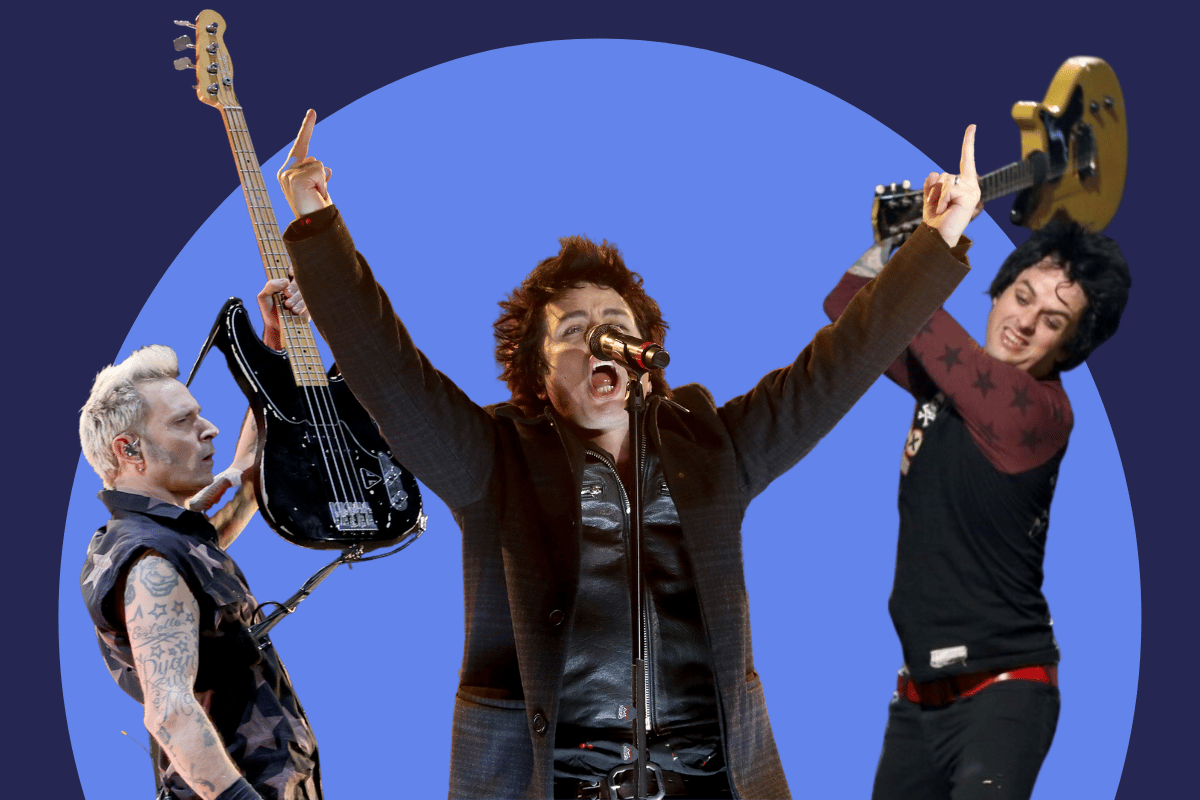 The band then stormed off the stage, but not before Armstrong smashed his guitar.

I hope @GreenDay loses it again in this performance and smashes their guitars. #iHeartFestival2019 @iHeartRadio @iHeartFestival #greenday pic.twitter.com/ozNCwBY4lW

Reflecting on the dummy spat eight years later, Armstrong simply said: "As a piece of theatre, it was pretty amazing."

You've got to admire his optimism.