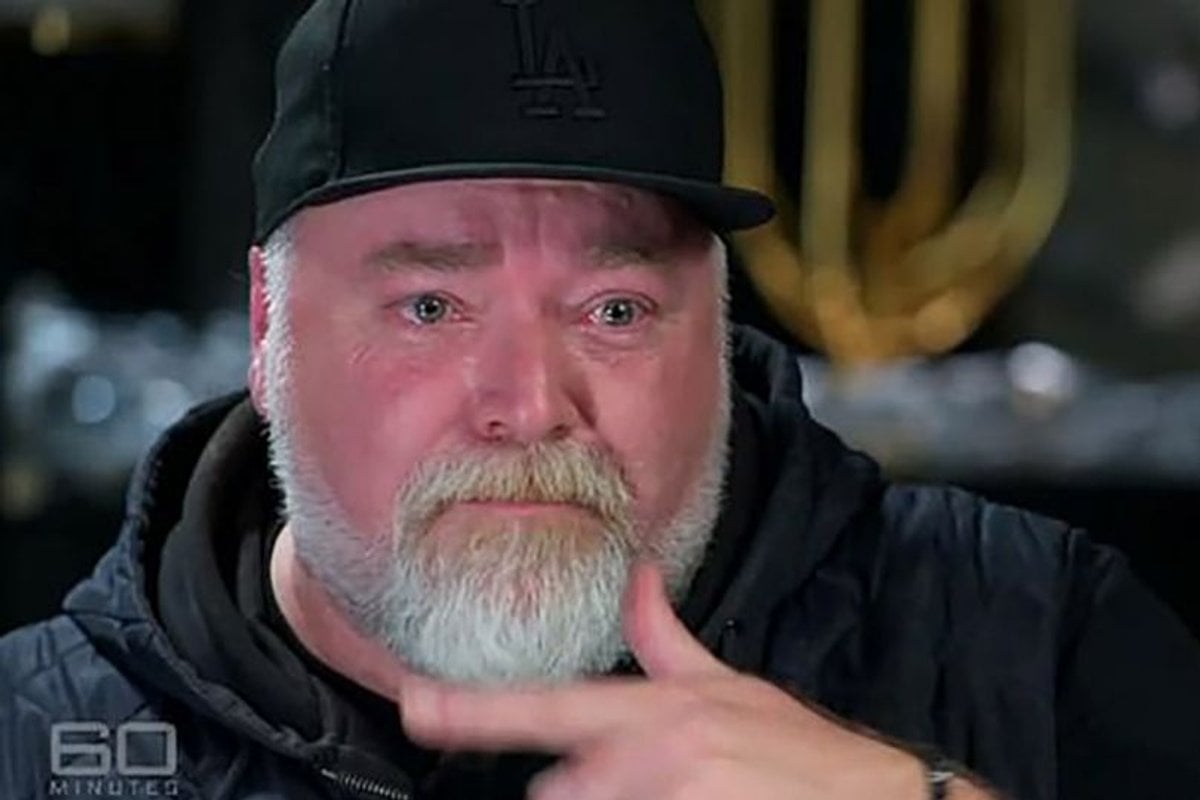 1. 'I was off my head': Kyle Sandilands' confessed he was on drugs during his controversial interview with Karl Stefanovic.

Kyle Sandilands has finally opened up about that controversial 60 Minutes interview where he faked having a serious illness, and it turns out he was high.

"I was off my head," Kyle told news.com.au this week.

"You were!" Jackie agreed. "I almost died. He arrived late to that interview. We were waiting 50 minutes for him."

Kyle then responded to Jackie saying: "I was probably dutching it up in the car."

Watch the trailer for Kyle and Jackie O on 60 minutes. Post continues below.

When asked if anyone people could tell Kyle was under the influence, Jackie O responded:

"Yep, Karl did. Everybody knew.

"I think Karl secretly loved it because he knows he’ll (Kyle) go a little more out there if he’s (high)."

"I gotta say, all my life I watched 60 Minutes," Jackie said.

"Never did I think I’d be on there with you, the greatest moment of my career, and then you’re high."

Listen to The Spill, Mamamia's daily entertainment podcast. In this episode, co-hosts Kee Reece and Laura Brodnik discuss whether or not Angelina Jolie can be considered a movie star. Post continues below.

2. Kit Harington and Rose Leslie welcomed their little baby, and if it’s not called the King of the North then something has gone very wrong.

Game of Thrones stars Kit Harington and Rose Leslie have welcomed a little wildling into the world.

The couple confirmed the exciting news to E! News, sharing that they welcomed a baby boy and are "very very happy!"

The actors, who keep their relationship relatively private, only announced the news after they were photographed out in London carrying their son.

At the stage we don't know the name or birth date, but fingers crossed it might have something to do with Game of Thrones. It's how the couple first met after all. 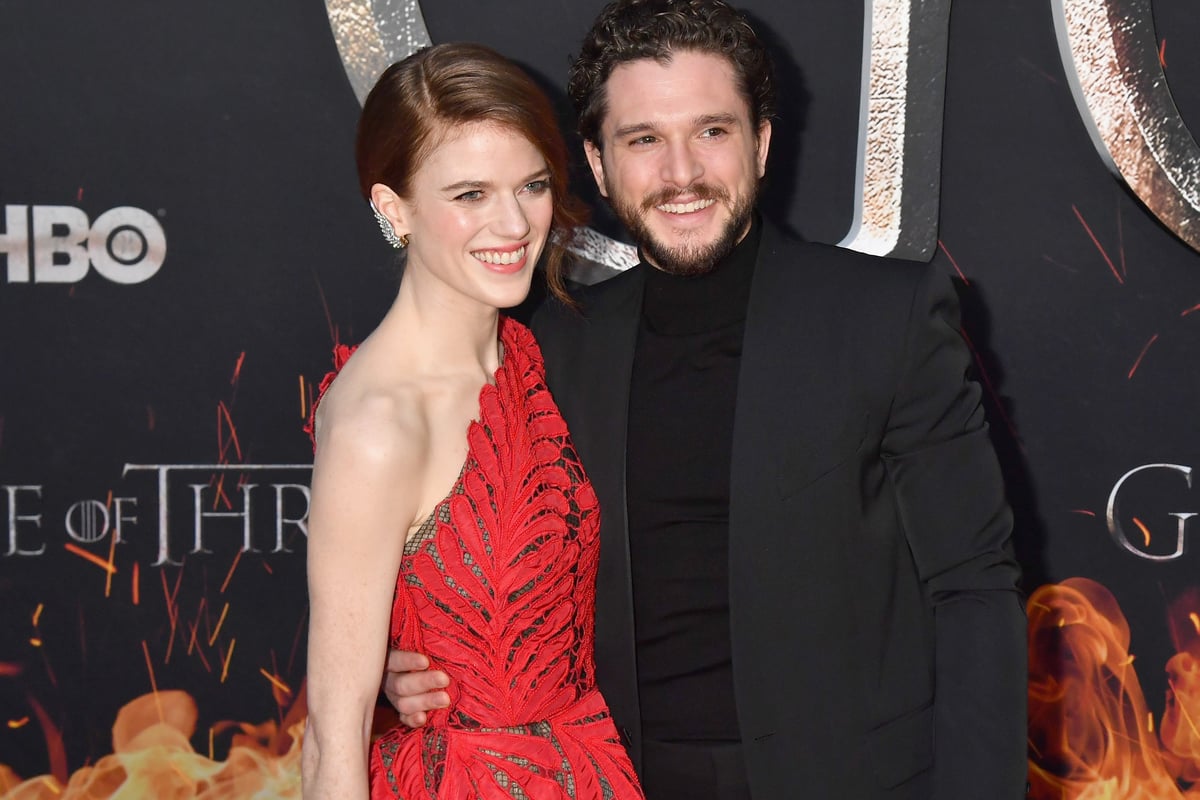 Image: Getty. Leslie announced she was pregnant with the couple's first child in September last year, during an interview with the UK's Make magazine.

After weeks of dating rumours, Kourtney Kardashian and Travis Barker have made things official.

Earlier today, Kourtney shared a photo of her and the Blink-182 drummer looking pretty loved up on Instagram. Well, it was really just a picture of them holding hands. But it was still pretty cute.

Kourtney didn't add a caption but Travis commented on the post with a black heart and shared the photo on his Instagram Stories.

Rumours that the pair were dating started swirling around when People magazine reported that they spent time together in Palm Springs in Kris Jenner's house in January.

"They're in Palm Springs together. They've been dating for about a month or two," an unnamed source supposedly told the publication.

"They've been friends for a long time but it's turned romantic."

4. Miley Cyrus is currently roasting her exes on Instagram, and we can't look away.

Miley Cyrus has shaded her exes in a pretty creative way on Instagram. And we are not-so-secretly living for it.

The singer, who announced her split with Cody Simpson last August, shared a photo of Britney Spears on her Instagram stories wearing a t-shirt with the slogan 'Dump him' on the front.

Seizing the opportunity, Miley captioned the post, "Already did Brit." 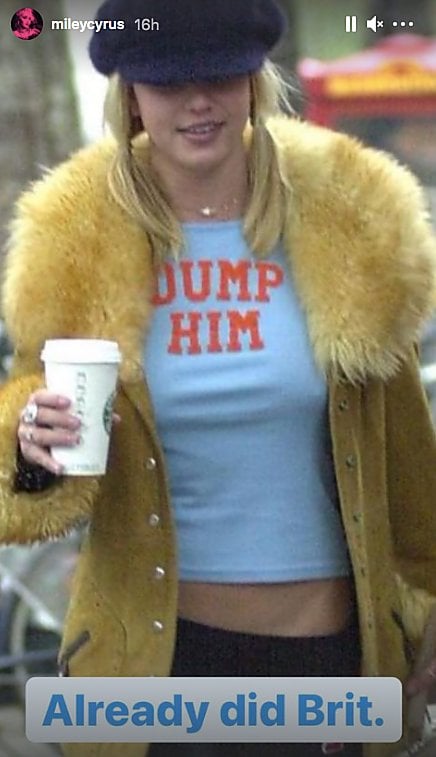 It's not the first time the 28-year-old has made a not-so-subtle comment about her exes.

During an interview on The Project last year, Miley was asked about her music video for her song 'Prisoner', which included the message: "In loving memory of all my exes. Eat s**t."

When asked about the message, Miley told host Lisa Wilkinson, "I think life can be painful, and sometimes poking fun and laughing along, I always feel like life is laughing at me and pulling strings".

"I think that was a way that I was able to fight back at that and poke a little fun at it and create something that was campy and that was the perfect book-end for what we made, you know."

5. Kristen Wiig is married with two kids. You would never know it.

In January 2020, Kristen Wiig and husband Avi Rothman welcomed twins and for more than a year, all we've known about them are that they were born via surrogate.

Wiig and Rothman have not shared any photos of their babies or announced their names, until a subtle message in the credits of Wiig's new movie, Barb and Star Go to Vista Del Mar.

In the special thanks section, Wiig, 47, thanked "Luna, Avi and Shiloh", referencing her husband and their children.

And we only know he's her husband because Wiig let it slip in an earlier February 2021 interview with Howard Stern.

She and Rothman were first seen publicly in 2016 and were engaged in August 2019. They must have married under the radar sometime between when she last referred to him as her 'fiancé' in an interview in August 2020 and now.

"I am very lucky about having these two babies and my husband, and they make it all better. It's changed my life," Wiig told Stern.

These are rare admissions from Wiig.

In 2010, just before she achieved major mainstream success with the 2011 hit Bridesmaids, the then-Saturday Night Live star said fame was a negative consequence of her career choice. 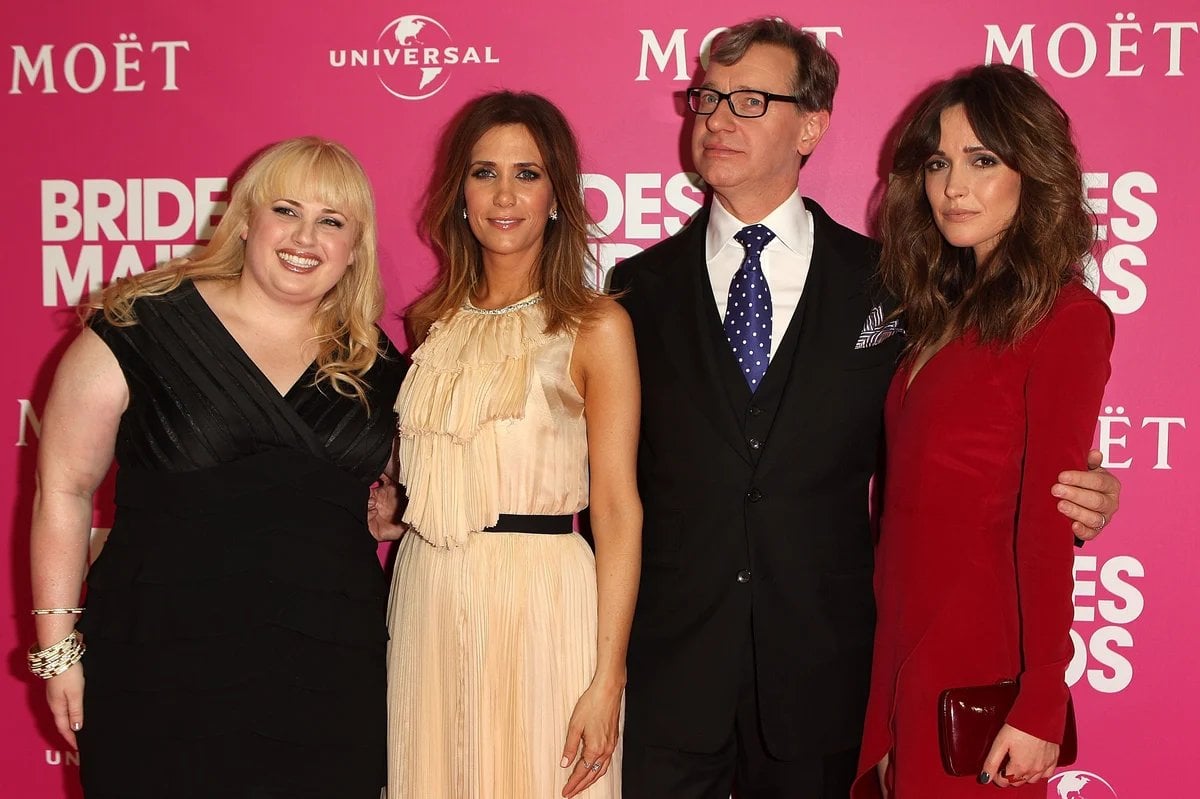 Image: Getty. "Fame is sort of the downside to what I do," she told Blackbook.

"It doesn’t interest me at all. Acting and being in the public, to me, are two different things. It's really hard, to be honest. I'm such a private person."