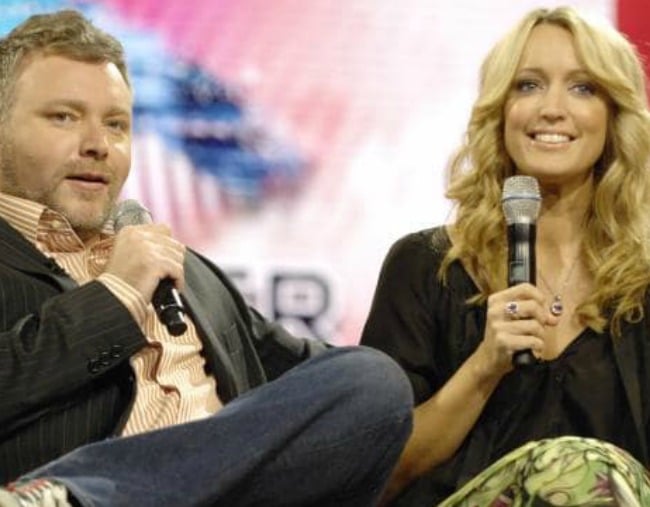 On Wednesday, Jackie told News.com.au that she thought Kyle had “chucked sickies” to get out of hosting the show.

According to Jackie, Kyle called in sick for two live eviction shows, and was not as prepared as he should have been. Jackie said Kyle found reading off an auto-cue difficult – and revealed his eye would physically start to twitch.

“I’d always turn up to the Gold Coast two days before to prep and to go through what’s been happening on the show. I think Kyle would arrive maybe an hour before we were going to air and would go, ‘Right, what do I need to know?’” she said.

“He was keen to do it for the money. But he didn’t want to do the work.”

On Thursday, Kyle told Jackie O the real reason he wasn’t at his best during that period of his life.

“I could tell everyone why I was really not there,” Kyle said on their KIIS FM show this morning. “It’d be a big shock.”

“Back in the day, bad drug addiction,” he continued. “Migraines, I was self-medicating on my own illegal narcotics.”

“Oh you know, the divorce had happened and life wasn’t great back then so I buried my face into a big pile of cocaine to try and get over it. It didn’t work.

“So anyway, I’m better now. Fat as hell. Did you see how skinny I was back then?”

While appearing on The Project on Thursday night, Kyle said he wanted to share his story to help others who find themselves in a similar situation.

“I want to share with people because people get stuck in ruts, self-medicate on alcohol or drugs, sex addiction, whatever, but getting yourself out of it is a good thing and I thought I’d share that.”