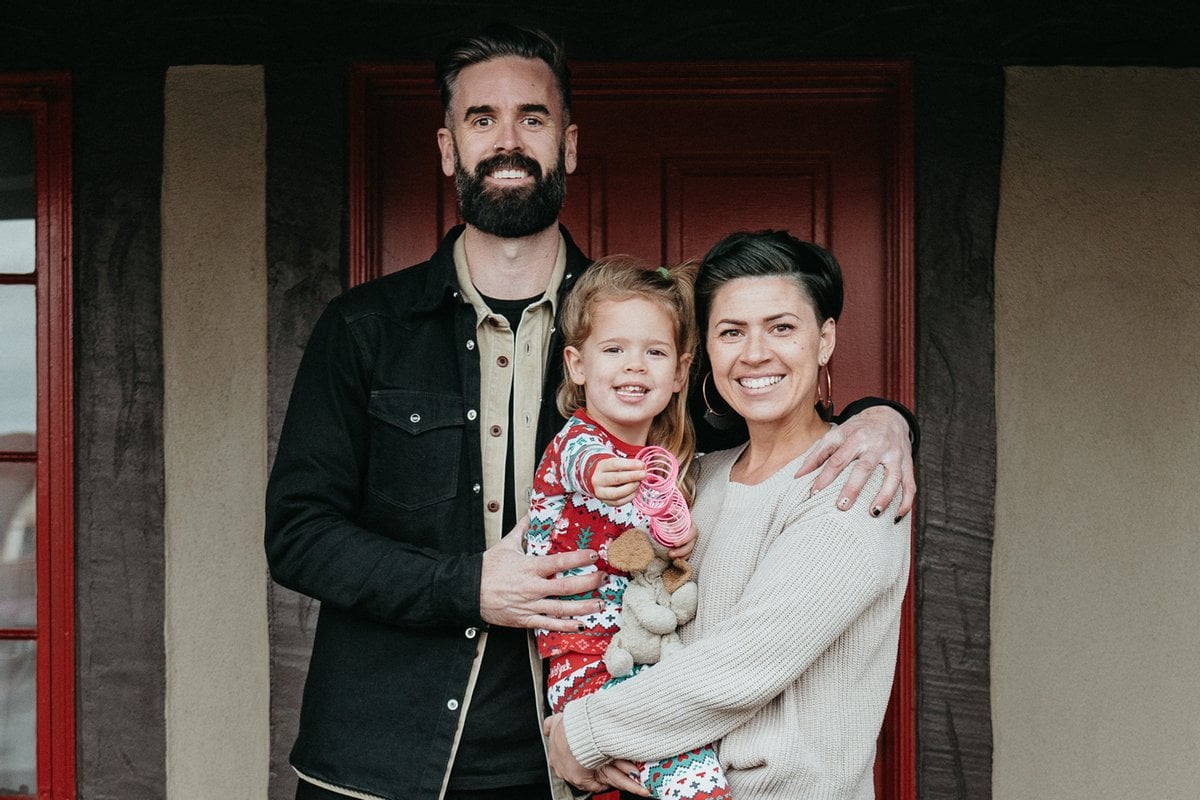 “This is child abuse.”

“When I have kids, I’m going to parent just like you.”

Since the birth of my child in 2016, thousands of strangers have let me know their feelings about the way I parent. I’ve received hundreds of messages and comments on Instagram and e-mails from people I don’t know, telling me my child should be taken away from me. Recently, someone mailed a handwritten letter to my workplace to inform me that I would be going to hell for how I’m raising my child. Although I don’t consider my parenting practices to be particularly newsworthy, my family has become a global curiosity, a target of outrage, and a source of inspiration. All because my partner and I didn’t assign a gender to our kid. Allow me to explain...

My partner, Brent, and I do something called 'gender creative parenting'. For us, this means we didn’t assign a binary girl-or-boy gender to our child, Zoomer, at birth; we don’t disclose Zoomer’s genitals to people who don’t need to know; we used the gender-neutral pronouns they/them/their for Zoomer until they could tell us what pronouns and labels fit best; and Zoomer learns about and explores gender without stereotypical expectations or restrictions. Brent and I are just two among thousands of people doing gender creative parenting all over the world. 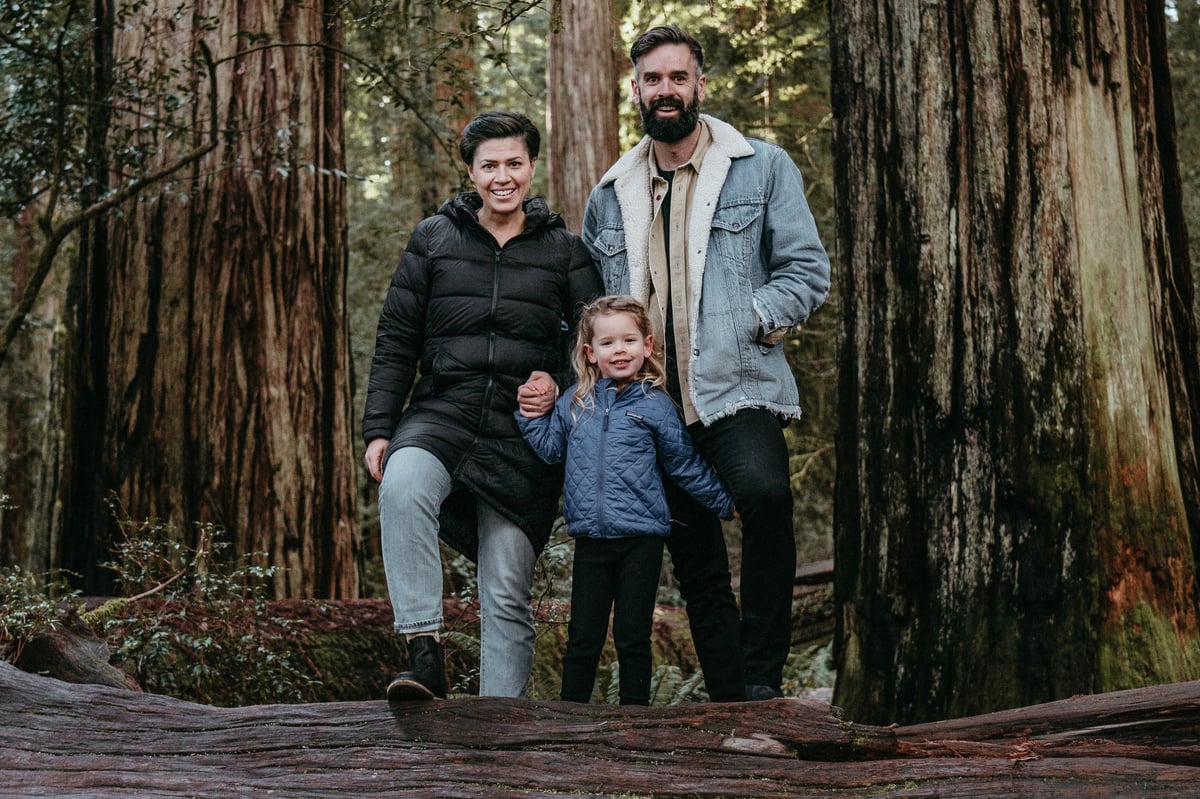 At first glance, gender creative parenting makes a lot of people feel squirmy. There might be a knee-jerk reaction of, “This is unfamiliar to me! I don’t like it!” But as people allow themselves to reflect upon the reasons for gender creative parenting, I have found that most original naysayers evolve into enthusiastic (or at least tolerant) supporters of the movement.

I do gender creative parenting for two main reasons. First, I believe gender is up to an individual to determine and does not need to be assigned at birth. I know a lot of people who are intersex, transgender, or non-binary. I, myself, am a genderqueer woman who uses they/them and she/her pronouns. While there have always been people whose gender exists beyond the socially constructed binary, in the last decade there has been an exponential rise in awareness, visibility, and affirmation of the gender spectrum. I didn’t want to make assumptions about what my child’s gender identity and interests would be; I wanted to let my kid tell me who they are, instead of the other way around.

Secondly, I do gender creative parenting because I don’t want to perpetuate sexist stereotypes and oppression that children are inundated with from birth.

Many people treat boys and girls very differently, and that treatment has lifelong repercussions. For example, boys’ emotions are often stifled in childhood, which leads to men not knowing how to ask for mental health support. Girls are sexualised from a young age and if they are harassed or hit by a boy in school, adults often tell girls, “He must like you,” instead of putting a stop to boys’ behavior; which is associated with one in five Australian women experiencing sexual violence in their lifetime.

I can see how every single gender disparity in adulthood is linked to childhood gender socialization. By not assigning a gender, and not disclosing Z’s genitals, people couldn’t tap into a gendered script and only offer Zoomer half of the world.

Like the majority of parents, I want my child to feel supported and loved if they are transgender, non-binary, queer, or don’t conform to narrow ideas of what girls and boys should be like. And like most parents, I don’t want my kid to be a victim of stereotypes and gender-based oppression and violence. Doing gender creative parenting seemed like the best way for me to maximise gender autonomy and minimise sexist treatment for my kid.

Five years in, I can see that it is working.

Zoomer has interacted with hundreds of children, through daycare and preschool and at playgrounds and swimming pools. I remember people warning us about doing gender creative parenting, "Zoomer will be bullied. Kids are so mean!" I have witnessed the contrary. Curious kids would ask Zoomer, "Are you a boy or a girl?" and three-year-old Zoomer would confidently respond, "I’m a person". The inquiring child would casually shrug their shoulders, satisfied with the answer and carry on colouring.

I have found that kids are mean about gender if the adults in their life have taught them to be. More kids these days are being raised by parents who are teaching their children about the gender spectrum and how to be kind and inclusive.

I remember working myself into an anxious twist when I was pregnant, worried that health care providers would want nothing to do with me and my family. But we have been privileged and fortunate to have affirming health care experiences and providers who understand that gender creative parenting is an evidence-based practice and are on board. One pediatrician supportively said to me, “I wish parents monitored their children’s exposure to sexism as much as they monitor screen-time”. Being an anti-sexist parent is preventative care. I’ll be honest, I spend WAY more time trying to keep the patriarchy out my kid’s life than I do cavities. 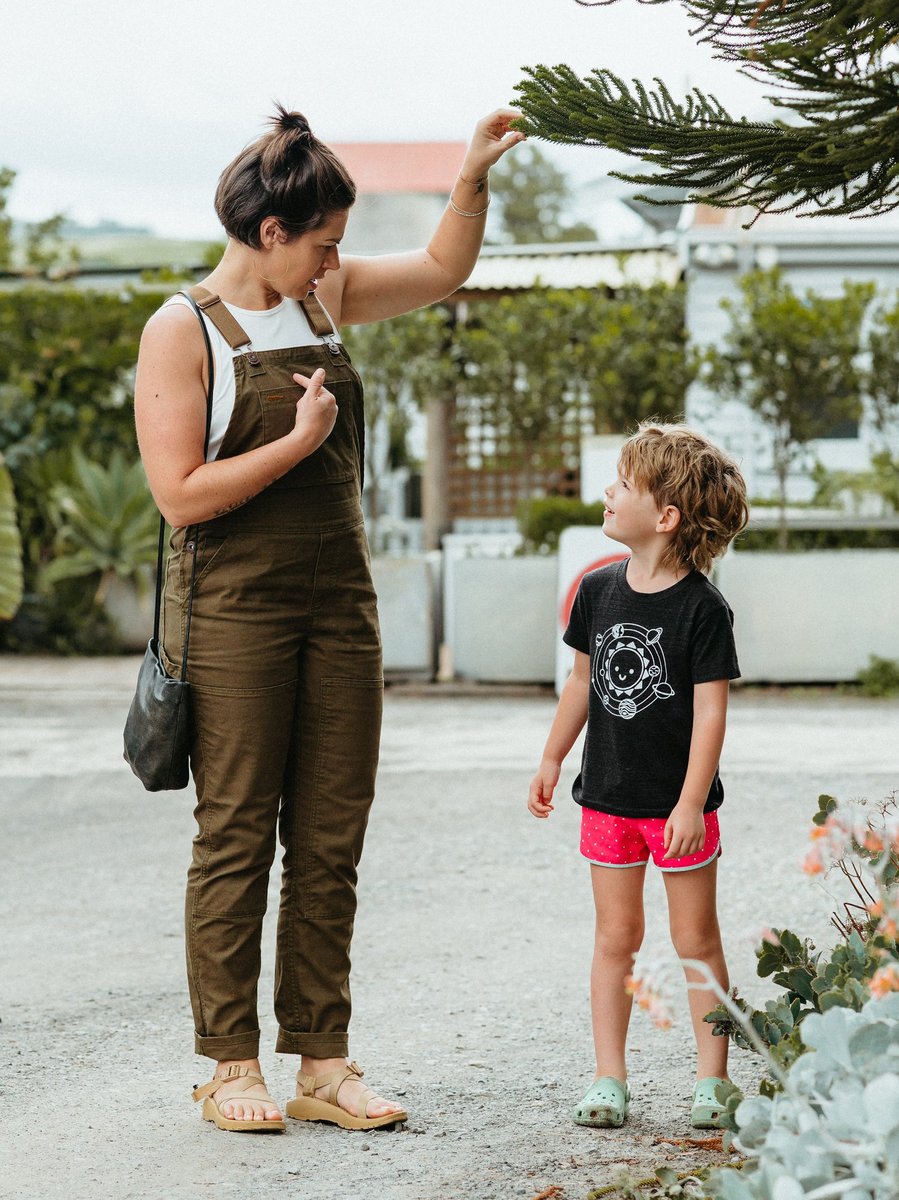 Image: Supplied. I didn’t know exactly when Zoomer would identify with a gender or claim pronouns, but I figured it would be between the ages of three and five.

Around Zoomer’s fourth birthday, we were doing one of our regular pronoun checks. I asked, “What pronouns are you into for yourself these days, Zoomer?” and Zoomer enthusiastically responded, “I love he/him!” I smiled and said “That’s great that you found pronouns you love!”

Zoomer is definitely not confused about his gender like so many people angrily assumed he would be. Rather, Zoomer is a very self-aware child who is confident in his self-determined gender identity and expression. While Zoomer occasionally uses the word “boy” to describe himself, he prefers the gender-neutral terms “kid” and “sibling” to “son” and “nephew.” I have a hunch that four-year-old Zoomer has a more nuanced understanding of gender than the person who wrote me hate mail a few months ago.

My role, as a gender creative parent, is to narrate the world in a gender expansive way, disrupt stereotypes when they arise, and let my child play with gender and be celebrated for his interests and the way he expresses himself. Gender creative parenting is an intentional, daily act of teaching children that gender isn’t determined by genitals, gender is a spectrum and can be fluid, and everyone deserves equitable treatment, respect, and kindness.

Zoomer loves bath bombs, LEGO, dinosaurs, and arts and crafts. He likes “ice skating” in socks in the kitchen. He wanders the toy and clothing aisles and picks what he likes, paying no mind to the arbitrary gendered boundaries created by marketing teams. He likes his hair and shorts short, and his personal belongings colourful.

Zoomer is a friendly, social butterfly, who is popular among friends and teachers all along the gender spectrum. In pretend play, he creates inclusive characters and backstories, “The excavator uses she/her pronouns;” “This mermaid has two daddies;” “That snail is intersex” (fun fact: snails are intersex). Zoomer understands the world how it really is… not binary. 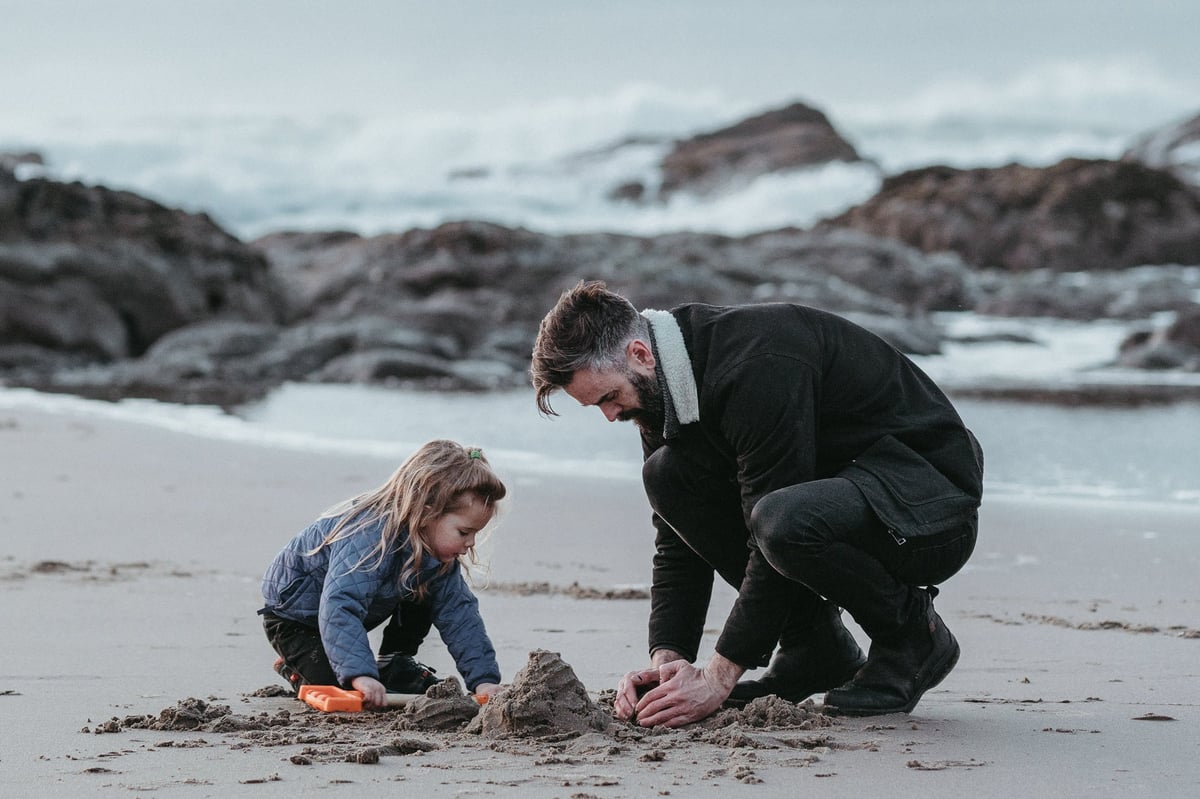 Image: Supplied. When Zoomer was born five years ago, I was excited about becoming a parent, but nervous about doing gender creative parenting. I knew it would be worth it, but I was prepared for a life full of uphill battles, like all the cyberbullies said it would be. But that hasn’t been the case.

Sure, we’ve had our fair share of online harassment and awkward conversations with strangers, but generally, we’ve been met with an overwhelming abundance of loving and supportive allies and a growing community of other gender creative families.

Seeing as how these children are parented and educated by Millennials who are fighting for gender equity, I reckon this young generation will add a lot of energy to the gender revolution and I’m honoured to be a part of it.

Kyl and Brent won't tell anyone whether their child is a girl or a boy.

Dr. Kyl Myers is the author of Raising Them: Our Adventure in Gender Creative Parenting. The Kindle version is on sale in Australia for $1.49 during the month of January.

Reply
Upvote
I was so ready to roll my eyes at this, but it sounds like he's a pretty happy kid in the end. And it did make me think about it a bit, if my siblings had taken this approach with their kids, would it have made a difference to the way I interacted with them? If we didn't know kids genders, how much would actually change in day to day life? This was a really interesting story, and I think it may have opened my mind a little bit.
M
mamamia-user-657567391 a year ago

Reply
Upvote
3 upvotes
I actually think it’s more important for us to raise kids who know what their sex is and teach them that they can do/be anything regardless of that. It’s the same as the whole ‘colourblind’ arguement around race. Men and women exist, it’s a biological fact. Instead of making my son hide the fact he’s a boy, I let him wear what he wants, play with whoever he wants and if he loves another man down the track then that’s perfectly fine too. And I will raise him to understand that girls can play with and be whatever they want to as well. Stamping out the reality of someone’s sex is like throwing out the baby with the bath water
News
General
Opinion
True Crime
Politics
Sport
Explainer
Entertainment
Celebrity
Reality TV
Movies
TV
Books
Rogue
Royal
Lifestyle
Beauty
Fashion
Weddings
Home
Wellness
Health
Fitness
Travel
Food
Parents
Before The Bump
Pregnancy
Baby
Kids
Teens
School
Parent Opinion
Work & Money
Money
Finance
Career
Lady Startup
Relationships
Sex
Dating
Separation
Friendship
Family
Real Life
Couples