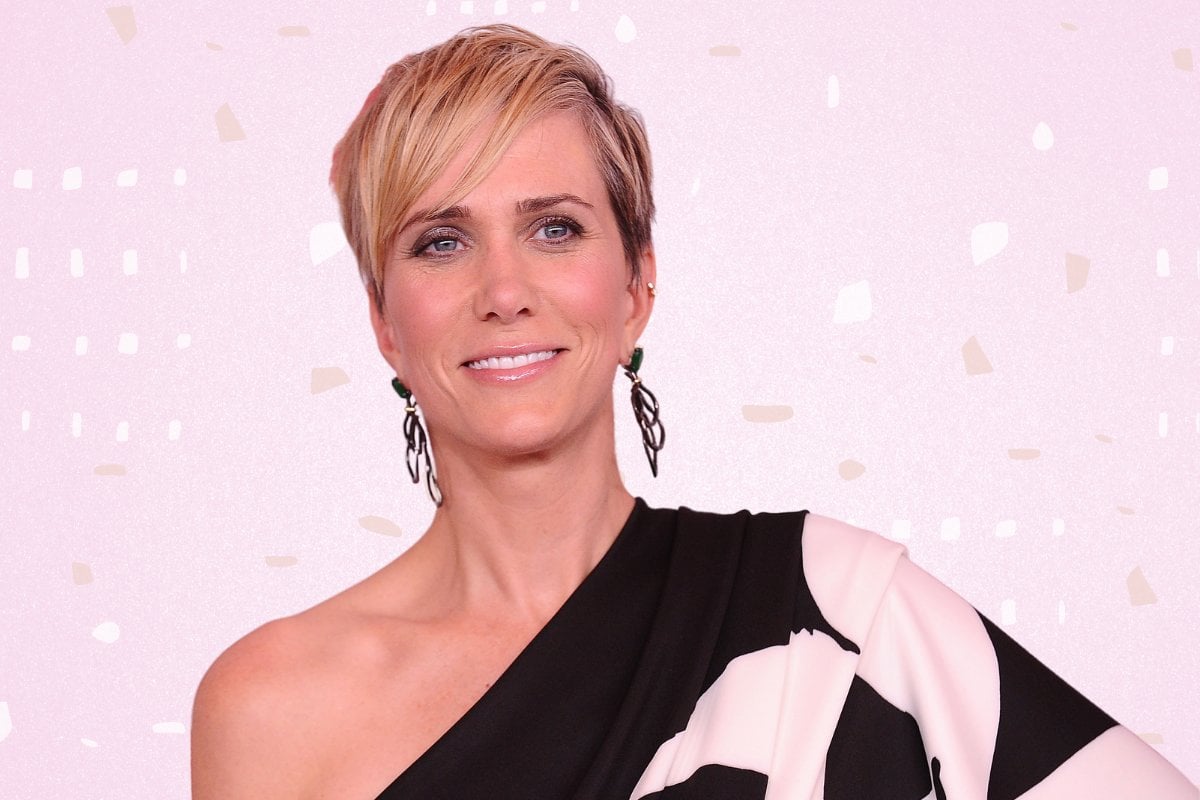 In January 2020, Kristen Wiig and husband Avi Rothman welcomed twins and for more than a year, all we've known about them are that they were born via surrogate.

Wiig and Rothman have not shared any photos of their babies or announced their names, until a subtle message in the credits of Wiig's new movie, Barb and Star Go to Vista Del Mar.

In the special thanks section, Wiig, 47, thanked "Luna, Avi and Shiloh", referencing her husband and their children.

Watch: If newborns could text. Post continues below video.

And we only know he's her husband because Wiig let it slip in an earlier February 2021 interview with Howard Stern.

She and Rothman were first seen publicly in 2016 and were engaged in August 2019. They must have married under the radar sometime between when she last referred to him as her 'fiancé' in an interview in August 2020 and now.

"I am very lucky about having these two babies and my husband, and they make it all better. It's changed my life," Wiig told Stern.

These are rare admissions from Wiig.

In 2010, just before she achieved major mainstream success with the 2011 hit Bridesmaids, the then-Saturday Night Live star said fame was a negative consequence of her career choice.

"Fame is sort of the downside to what I do," she told Blackbook.

"It doesn’t interest me at all. Acting and being in the public, to me, are two different things. It's really hard, to be honest. I'm such a private person." 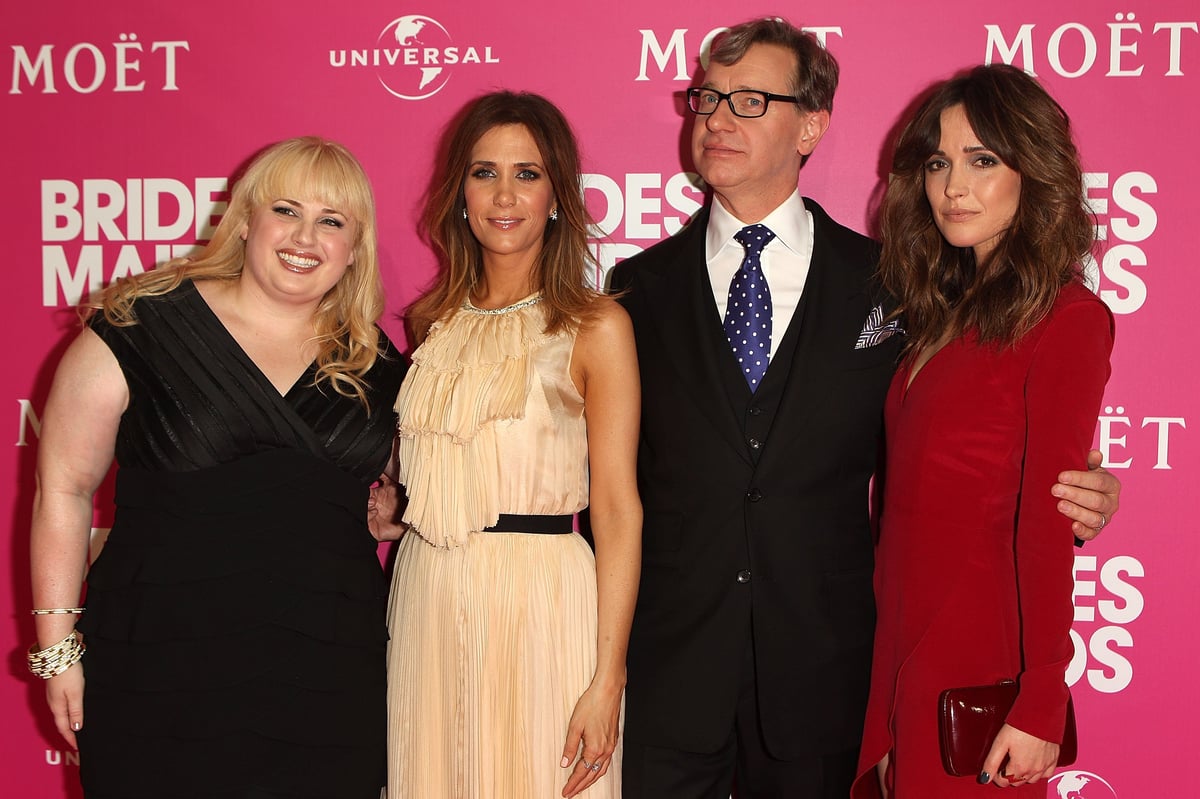 More than a decade, and many starring roles later, this stands true.

Wiig told InStyle in August 2020 she lives "underground". She doesn't have social media and rarely does press interviews.

"It's not a conscious choice to be secretive," Wiig said.

"I just want to exist in real life with my family, my friends, and my dogs. Work is work... The longer I'm in this business, the less I care what people think."

Before landing a role on SNL in 2005, Wiig spent years working odd jobs in Los Angeles. She'd found a passion for acting almost accidentally, after enrolling in an acting class at college to fulfil a course requirement.

She was married to actor Hayes Hargrove from 2005-2009 and there is little trace of this pairing anywhere on the internet.

In 2013, she spoke to Look about her views on marriage after divorce.

"I believe if you're in a good, healthy relationship, there is nothing better. I don't have a specific stance on marriage. I think it's right for some people, and I know a lot of people who didn't believe in it, then they met someone."

In 2011, Wiig told Stella she had ruled out a second marriage but by 2013 she said she'd be open to marrying again, and that she'd like to have children.

"It depends on what your definition of marriage is. If you find that one person who makes you really happy, it can work and if it's worth it, you just have to keep fighting for it," she said.

After her divorce, Wiig dated filmmaker Brian Petsos from 2009 to 2011 and The Strokes drummer Fabrizio Moretti from 2011 to 2013.

It isn't known how Wiig and Rothman met, but they were first linked when on holiday in Hawaii in May 2016 and a source at the time told People they'd been secretly dating for a "few months". 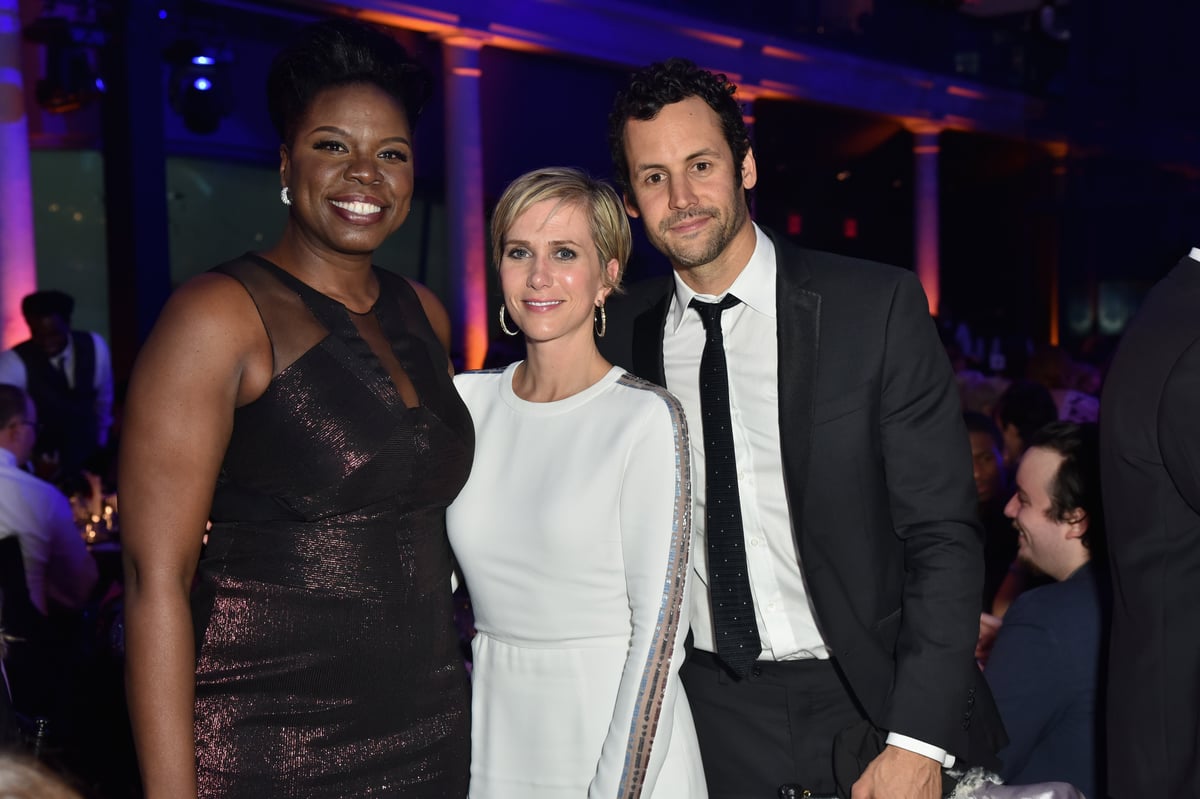 Wiig with Leslie Jones and Rothman in 2016. Image: Getty.

In May 2019, she attended a screening of Booksmart with a ring on her ring finger and a few months later, TMZ confirmed their engagement.

After the birth of their twins in 2020, Wiig did an interview with InStyle where she spoke about her and Rothman's journey with IVF and surrogacy.

She said she was struck by the isolation of the process, which took the couple three years.

"I wish I had talked about it more and asked for more help," she said.

"As private as I am and as sacred as this all is, what helped me was reading about other women who went through it and talking to those who have gone through IVF and fertility stuff," she said.

"It can be the most isolating experience. But I’m trying to find that space where I can keep my privacy and also be there for someone else who may be going through it."

Wiig said they'd intended to keep to surrogacy private for as long as possible, but were photographed with their "amazing" surrogate.

She and Rothman had previously spent three years "in an IVF haze".

"We've been together for about five years, and three of them were spent in an IVF haze. Emotionally, spiritually, and medically, it was probably the most difficult time in my life. I wasn't myself. There are so many emotions that go with it - you're always waiting by the phone and getting test results, and it was just bad news after bad news. Occasionally there would be a good month, but then it was just more bad news. There was a lot of stress and heartache." 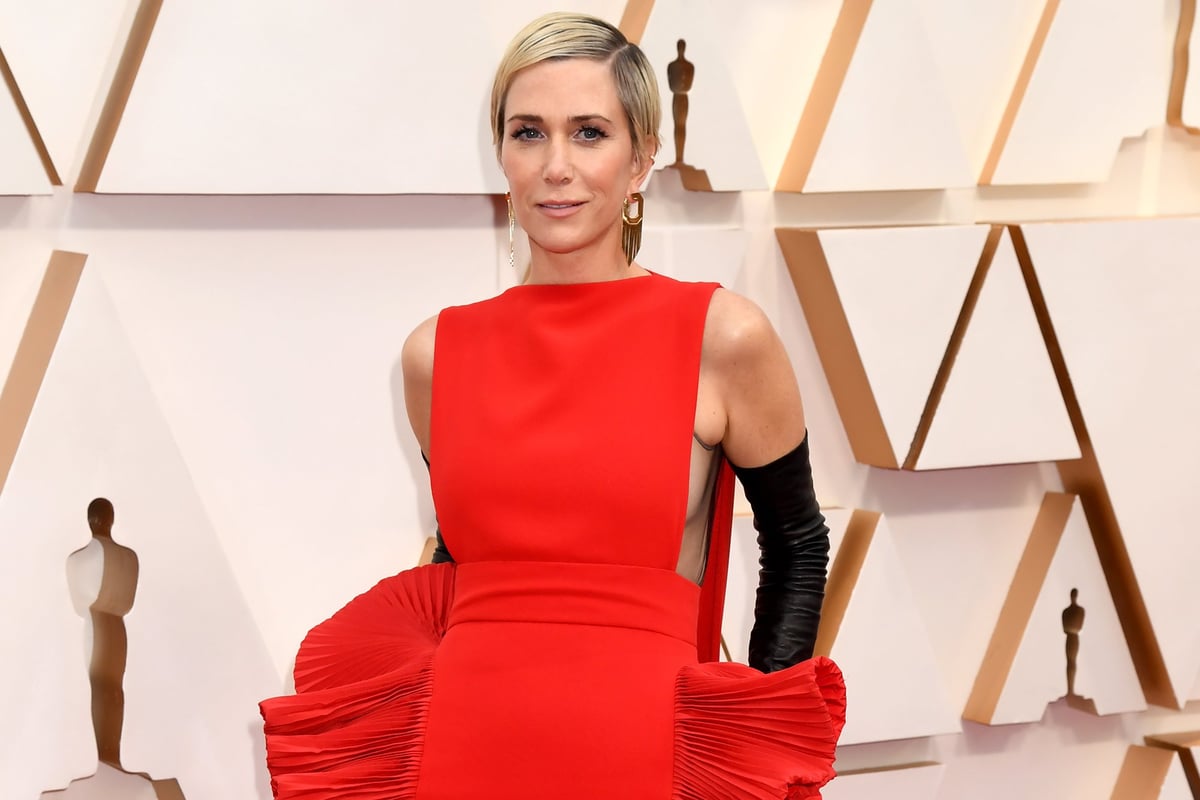 Wiig said she eventually stopped talking about it entirely, "because I would get sad whenever someone asked".

"It's hard not to personalise it when you get a negative result. You go through so much self-deprecation, and you feel like your partner may be seeing you in a different way and all this other stuff we make up in our heads. But when I did talk about it, every time I said that I was going through IVF, I would meet someone who was either going through it, about to go through it, or had a friend who just did it. It's like this underground community that's talked about but not talked about."

With her babies now here, Wiig said even if there was not a pandemic disrupting the entertainment industry, she would've taken this time to spend time with family.

Speaking to Howard Stern in February 2021, she joked about balancing work and family as she promoted Barb and Star Go to Vista Del Mar mostly from home due to the pandemic.

"It's really hard because I'm always convinced they're going to forget who I am if I'm gone for a day. I have looked at my children, like, 'I am your mother. I am your mother.'

"I am nervous about actually leaving and going to work when that happens because there's something really nice about being home with them all the time. The time is coming and I'm going to do my best to balance, and they will come first."