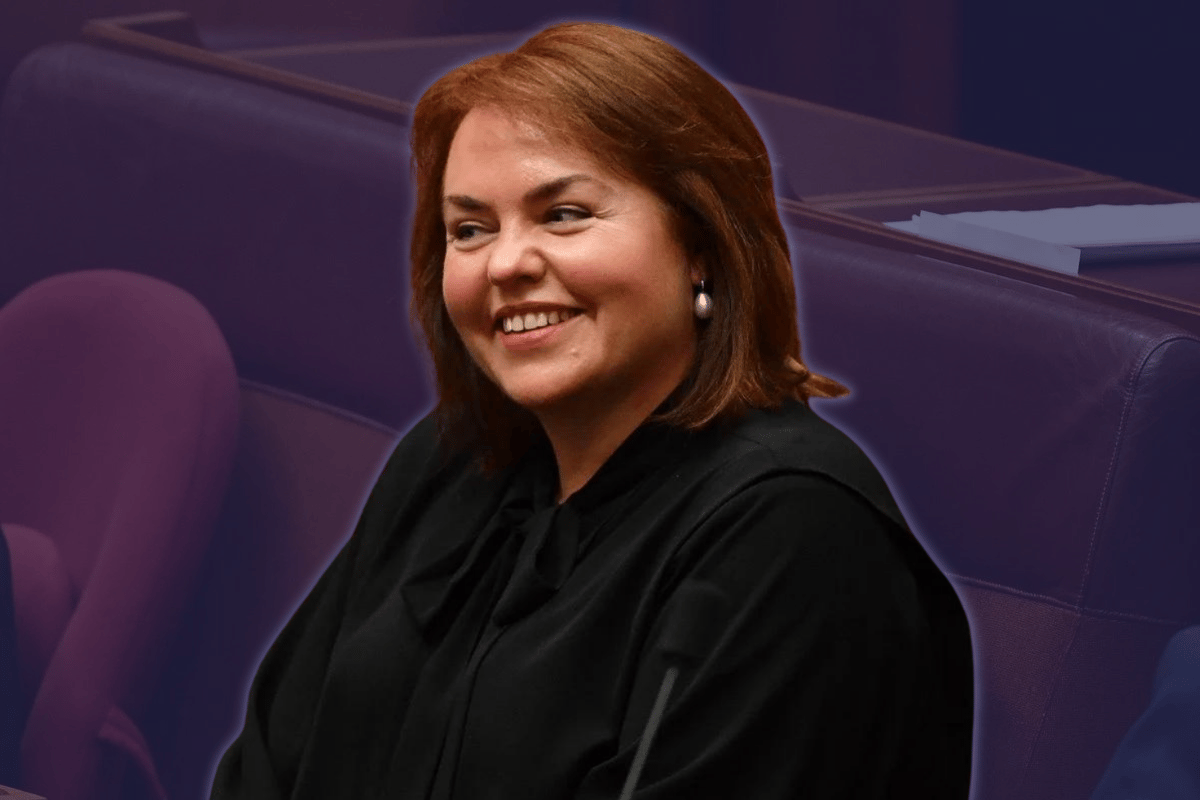 Ever-political, she and her husband Andrew Landeryou named them Ronnie and Nancy-Jane - after the late former US president Ronald Reagan and his two wives. Her furry companions were a “particular passion”, and even got a shout-out in her maiden speech to parliament in 2016.

Because she cared deeply about animal welfare - and she cared about human rights too.

Kitching was a staunch advocate for introducing the Magnitsky bill to the Senate. It’s now firmed into legislation, and is being used to impose sanctions on Russian oligarchs and pressure Putin over Russia’s war on Ukraine.

She also felt strongly about injustice closer to home. Indeed, her critical questioning exposed Christine Holgate, the former Australia Post CEO who gifted Cartier watches to senior staff that negotiated lucrative deals with big banks. It resulted in an independent investigation and a Senate inquiry.

Kitching enjoyed swimming. And yoga. And she looked up to Hillary Clinton.

But you'd be forgiven if you didn’t know any of these things. Because since her untimely passing from a heart attack just 14 days ago, the public discourse has not centred on her life and achievements.

Yes, her name has been relentlessly brandished across headlines and the front pages of newspapers, but rather than us remembering her for all that she stood for, it has been reduced and associated with two words:

Listen: The Mamamia Out Loud team discuss the problem with the 'Mean Girls' narrative. Post continues below.

It's an epithet that is inherently gendered and condescending. Also, where in our lexicon is a similarly charged equivalent that judges men on their behaviour. Where are the “mean boys”? And to be a member of the “boy’s club”, doesn’t quite have the same zing, now does it?

Irrespectively, the term first appeared in a piece by The Australian just two days after Kitching’s death, which claimed that she had experienced bullying by three of her Upper House Labor colleagues - Katy Gallagher, Kristina Keneally and Penny Wong. Kitching allegedly referred to the trio as “mean girls”, a claim they later denied.

But the media consumed it whole, like a starved python.

They might have been Kitching's private words, but what ensued - the way in which they have become publicly weaponised and appropriated by anyone with an agenda - has unfairly diminished Kitching’s entire identity. Instead of being remembered as the formidable politician for which she was lauded - on both sides of the aisle - her life and legacy has been reduced to one-dimensional ‘victim’.

This became the narrative that prevailed.

Some contemplated if Kitching was actually “bullied”? After all, the business of politics is murky and ruthless, and (although documented, and shared with a PwC consultant) she did not raise a formal complaint in the party, so where is the line? And with the Coalition's track record on women, how can they use this issue to mount the moral high horse?

But many of these same people also believe that when women speak up about being bullied or harassed, they should (rightly so) be believed, particularly in the wake of the Brittany Higgins rape allegations and the scolding Jenkins report. We know there is a dire problem with the ‘toxic culture’ that exists within the halls of federal parliament. So, why is this unwavering belief not extended to Kitching?

Meanwhile, there are others who have danced in the disharmony that the saga has presented within the Labor party. Sky News’ Peta Credlin outright suggested that Kitching was “hounded to death”, while the front page of the March 19 edition of the Herald Sun shouted, ‘Bullied, Broken & Wrecked by Labor, Her Heart Gave Out.’

This is a woman’s life - a woman whose grieving loved ones are in shock and trying to grapple a world without her in it - all while her final days are sensationalised, speculated and splashed about as fodder.

And it’s just so repugnant. All of it.

But the ducking and weaving of Labor leader, Anthony Albanese and his deputy, Richard Marles have done little to quell the bullying claims and the attacks from the right, and the ultimate impact it may have had on her health. Indeed, Albanese remains resolute in his refusal to launch an inquiry.

Say what you want about the left or the right, but the “mean girls” narrative transcends political savagery and tribalism.

It underscores the lack of defined boundaries:

The line between ostracisation and bullying.

The line between bullying and the nature of politics.

And when the time is for action, to investigate claims of bullying.

But mostly, it highlights the dominant role that gender continues to play in the tone of political discourse.

And how a woman’s life and contributions can so easily be minimised in that discussion.

Keen to read more from Rebecca Davis? You can find her articles here, or follow her on Instagram,   @rebeccadavis___