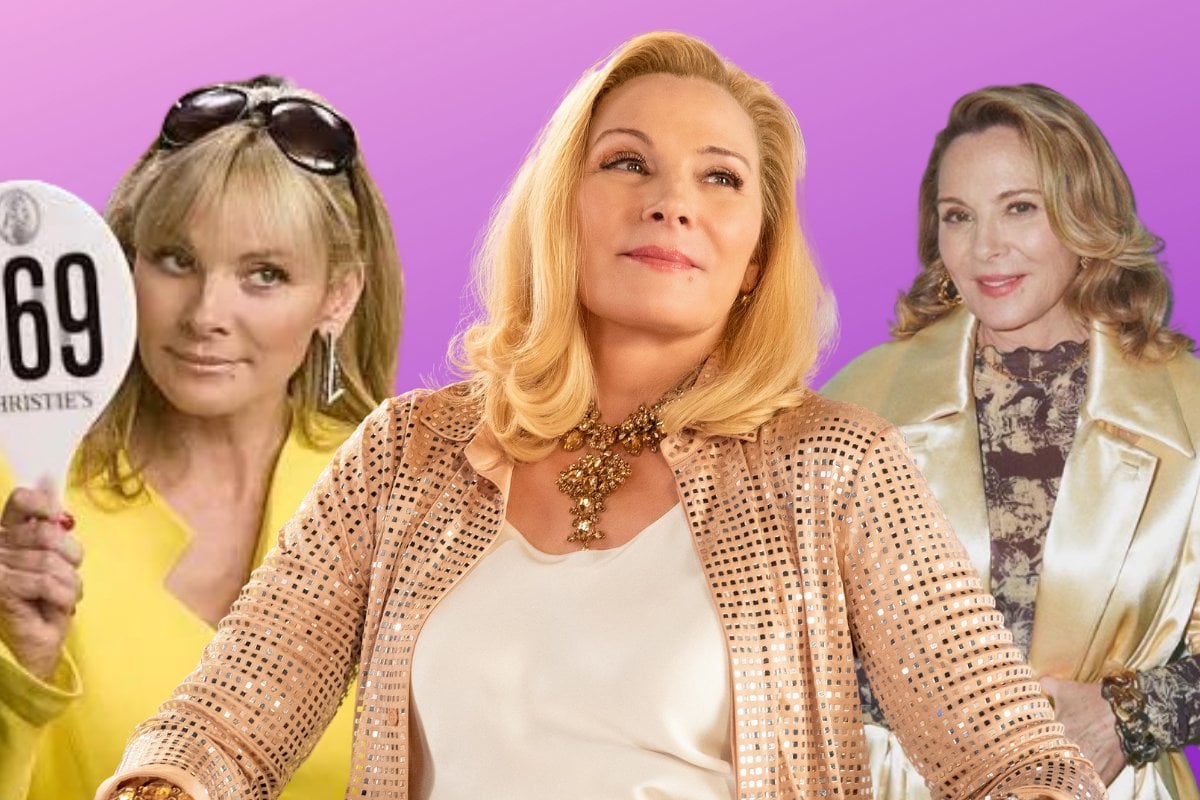 Kim Cattrall has weathered one hell of a storm.

For the past decade or so, we've been fed an interesting narrative about the 65-year-old actor.

On one hand, she was seen as difficult to work with. A jealous woman who was demanding more than she was worth. And the sole reason we didn't get a third Sex and The City movie (seriously though, should we all pitch in for some thank you flowers?).

On the other hand, she was seen as a victim. As the odd one out. The woman who had been kicked out of what is possibly the most recognisable friend group in pop culture history.

She oscillated between villain and victim, depending on the news cycle.

Watch the trailer for How I Met Your Father. Post continues below.

Somewhere along the line we lost touch with the real Kim Cattrall - the incredible actor who really made Sex and the City the phenomenon it was, and who shaped the way women felt about sex and pleasure - amongst all the headlines about her exit from the franchise and her supposed feud with Sarah Jessica Parker.

Sure, Cattrall worked during these years but it was hard for her to shake the diamond crusted, Sex and the City-shaped monkey off her back.

When the SATC reboot And Just Like That was announced and Cattrall, Parker and the rest of the cast re-entered the zeitgeist, the attention on this supposed "feud" only intensified.

Cattrall had not signed up to do the reboot, and the cast were remaining tight-lipped about the details surrounding that decision.

Think pieces were born. Podcasts were launched. Everyone had an opinion on the alleged long-running feud between the co-stars, and how the show was going to deal with Samantha's absence.

When And Just Like That premiered in December last year, we waited with bated breath to see what had became of Samantha and how Cattrall would react to it.

Of course, we soon found out that Samantha was in the reboot. Kind of. Instead of killing her off, show creator Michael Patrick King moved Samantha to London. In the first episode, we were told through Carrie that the pair had had a falling out and Samantha had moved across the pond and lost touch with the group.

Her presence was scattered through the series though. Through texts back and forth with Carrie, which eventually led to an offscreen reunion cocktail.

Like Samantha, Cattrall's reaction to the reboot was handled with the lightest touch. She liked a few tweets, adding a bit of fuel to the fire, but not allowing it to escalate into a full inferno.

Fans and gossip magazines didn't get the ultimate showdown they were hoping for.

The show went on to get mixed reviews and Cattrall continued to live her own fabulous And Just Like That-free life.

Then, over the past few weeks, we've been lucky to witness the second coming of Kim Cattrall.

A Kim Cattrall renaissance if you will.

The actress is starring in her own reboot of a noughties show, playing the future version of Hilary Duff's Sophie in How I Met Your Father. Although her role is small, she's brilliant in it. Her brief moments on the screen have reminded us just how much Cattrall can steal the scene, with her trademark wit and cheeky smirk.

Then the Farfetch campaign happened.

The now 65-year-old starred in an ad campaign for the global designer marketplace, and once again, redefined the narrative around women her age.

In the 1990s, she taught us that women in their 40s could live a happy, satisfied, successful life without a husband and kids. That a woman could enjoy casual sex as much as a man. And that a woman could be unapologetically herself.

And now she's redefining what a woman in her 60s looks like. And how she likes to dress. And what she wants to get out of life.

Cattrall didn't need Sex and the City or And Just Like That to relaunch her career. And perhaps, if we'd been less focused on the headlines and the rumours around her supposed feud with Parker, we could have witnessed the second coming of Cattrall much, much sooner.

I, for one, cannot wait to see what she does next.

In the 1990s, she taught us that women in their 40s could live a happy, satisfied, successful life without a husband and kids. That a woman could enjoy casual sex as much as a man. And that a woman could be unapologetically herself.

This is where And Just Like That went so wrong. The original SATC series already showed us what an "older" woman could be: sexy, independent, confident, unapologetic. And Just Like That offered us a caricature of ageing - all three remaining characters falling into pathetic stereotypes of what it's like to be an ageing woman (in an even more forgiving time than the 90's).
Resources
Very Peri
Skin
News
General
Opinion
True Crime
Politics
Sport
Explainer
Entertainment
Celebrity
Reality TV
Movies
TV
Books
Rogue
Royal
Lifestyle
Beauty
Fashion
Weddings
Home
Wellness
Health
Fitness
Travel
Food
Family
Before The Bump
Pregnancy
Baby
Kids
Teens
School
Parent Opinion
Work & Money
Money
Finance
Career
Lady Startup