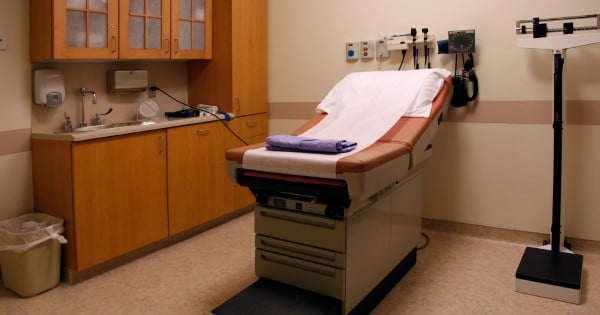 Lusi and I seem quite different. Though we were born in neighbouring countries, we were given very unequal opportunities.

I was born in Australia, a wealthy country, which gave me access to an excellent education. Growing up in a major city, I’ve always had access to first-class affordable healthcare.

Lusi grew up in Jakarta, Indonesia with her parents and 15 siblings. She explains, “We were very poor, so my parents could only afford to rent a half house with the other half in ruins. When it was heavy rain, we felt the drizzles in our bedroom. The toilet was not healthy and we were using hand pump to get some water.”

Another major difference between us is our health. I have been fortunate to live a healthy life. Lusi has battled Tuberculosis (TB) – the world’s most deadly infectious disease which kills 1.5 million people every year, even more than HIV/AIDS.

“I was diagnosed with TB when I was in med-school. Although I was lucky to be able to access treatment, which was not readily available and expensive, I was forced to stop my studies for nine months. Three of my nieces and nephews, all under five years of age, also had TB but had to be treated with imprecise adult formulations, while my brother in law caught spinal TB. My closest friends have also suffered from tuberculosis – one, a young mother, was forced to be separated from her baby and she now lives with only one lung while another has lost her sight from the side effects of the treatment. I know others who have become deaf from the treatment’s adverse effects.”

Both the disease and its treatment can have a devastating impact on those unlucky enough to breathe at the wrong moment.

Lusiana Aprilawati discusses the impacts of the disease with Beverley O’Connor. Post continues below.

Lusi was studying to be a doctor but had to leave medical school due to her illness. That hasn’t stopped her from making a difference in the way she has always dreamed of, using her advocacy work on TB to contribute to better health in her country and abroad.

This month, in the lead up to World TB Day, Lusi visited Australia to share her story and help build momentum to end TB as a global epidemic. She was a guest of RESULTS Australia, who hosted an event at Parliament House to launch the Australian TB Caucus.

Addressing a full room, Lusi made a strong impression resulting in a heartening cross-party move. More than 80 Parliamentarians signed up to join the TB Caucus, demanding that every patient, regardless of age, sex, nationality or socioeconomic status, be able to access quick diagnosis and high-quality treatment.

I’m proud to be accompanying Lusi to meet with Parliamentarians, High Commissioners from high burden countries such as South Africa, Indonesia and Papua New Guinea, and representatives from NGOs and community groups. Only if we work together will we be able to end TB as an epidemic once and for all.

Lusi and I are asking the Federal Government to pledge $300 million of Australian Aid to the Global Fund to fight AIDS, Tuberculosis and Malaria. The Global Fund will then invest 20 times that amount into the Indo-Pacific region, making an enormous impact in countries like Indonesia, in communities like the ones in which Lusi grew up and for patients like Lusi.

As Lusi explains, “In Indonesia, TB is responsible for 274 deaths per day but it is a preventable disease and can be cured. Much of the progress of recent years has been made possible through the support of The Global Fund. From helping millions access free treatment, substantially advancing diagnostics and lab facilities to strengthening the overall health systems, including, importantly, community care provisions. Hundreds of thousands of lives have been saved and millions of people have been better protected from this deadly infectious disease… The Global Fund has not only improved public health, but has shown itself to be a game-changing public good for all of Indonesian society.”

Lucy and I are partners, representatives from two very different worlds but sharing deep similarities. As women and as mothers, we will speak with our two voices in service of one goal. Uniting to build the will to end TB as a global epidemic.

We want the world to breathe easier, free of TB.

Leila Stennett is the Campaigns Director at RESULTS International Australia. RESULTS is a movement of passionate, committed everyday people. Together they use their voices to influence political decisions that will bring an end to poverty. Find out more about how you can get involved by visiting their website www.results.org.au or email [email protected]