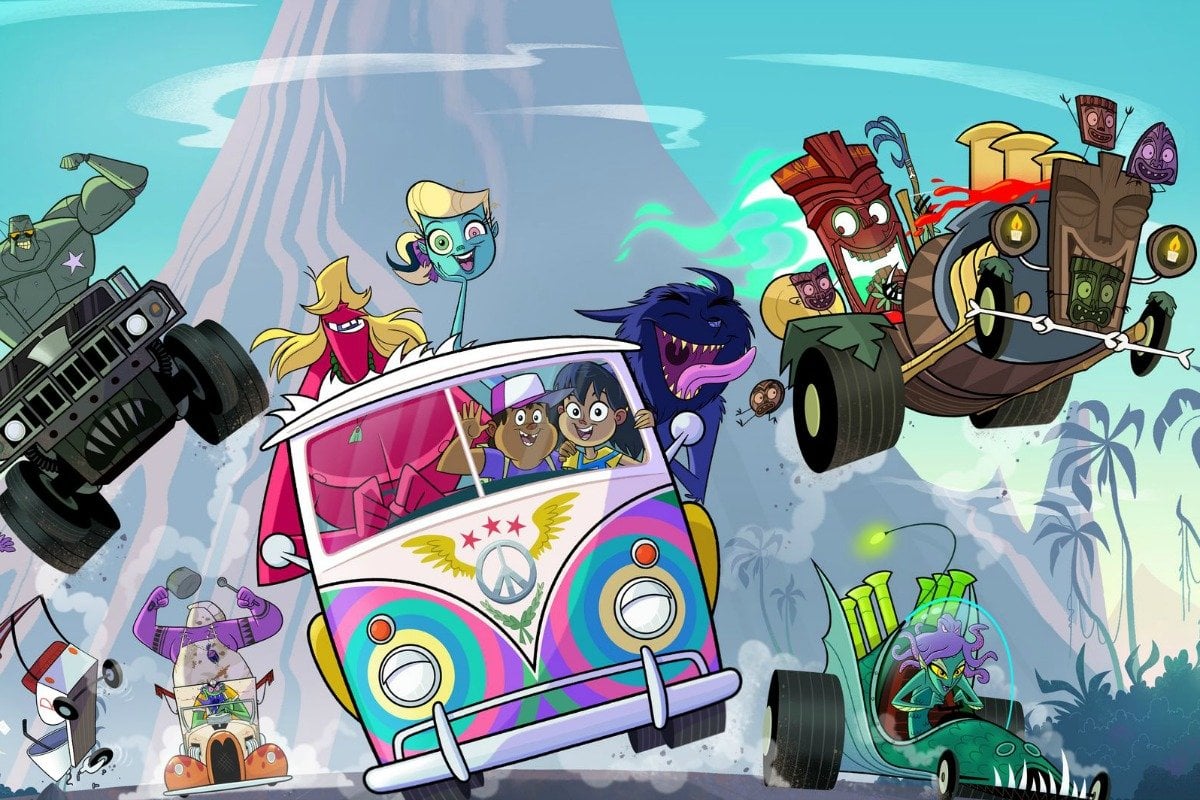 If you look back on your childhood, the TV shows you loved no doubt hold a special place in your heart.

All thanks to the stories they told, the characters they introduced you to, and the adventures they allowed you to go on.

These school holidays, you're probably looking for some fun shows to introduce the kids in your life to.

So, here are five of the best kids' shows on Stan right now to get you through the school holidays.

Trolls became a box office hit when it was released in 2016, (even picking up an Academy Award nomination for Best Original Song for Can't Stop the Feeling) and its 2020 sequel Trolls World Tour was equally beloved.

Now the fun continues on Stan with TrollsTopia, inspired by the films and offering up the next chapter in this hair-raising adventures of the trolls.

Poppy (voiced by Amanda Leighton) now knows there are other musical trolls scattered throughout the forest. So she bottles up her endless positivity and invites delegates from every troll tribe in the forest to live together in harmony.

It's all a grand experiment she calls TrollsTopia.

The series introduces new characters but also brings back trolls from the original movies including Branch (voiced by Skylar Astin).

Take a look at the trailer for TrollsTopia, post continues below.

If your kids are looking for a little adventure, then you need to introduce them to Madagascar: A Little Wild.

Based on the blockbuster movie franchise, Madagascar: A Little Wild features Alex the Lion, Marty the Zebra, Melman the Giraffe and Gloria the Hippo as kids living in their rescue habitat at a world-famous zoo.

This is actually the third TV series in the Madagascar franchise and the second prequel to the hit 2005 film, which featured these same iconic characters, who had spent their lives in comfortable captivity, being unexpectedly shipwrecked on the island of Madagascar.

When it comes to kid's characters it doesn't get more iconic than Curious George.

Created by Margret and H. A. Rey, Curious George was first published in 1941 and has remained consistently beloved by children ever since.

For more than 60 years the world has followed the adventures of a little monkey named George and his friend the Man with the Yellow Hat.

This animated Stan series was created with the intention to introduce George to a whole new generation of kids.

Stan's Curious George series has a focus on education and incorporates early science and maths content into the animated series. It also draws upon George's curiosity-driven adventures to target pre-school age viewers.

Where's Wally? has had quite the makeover since we all watched his adventures as kids.

In this new version of the character, who is just too good at hide and seek, 12-year-old Waldo and his best friend Wenda are members of the Worldwide Wanderer Society.

It's basically an international order of curious travelers who move across the world celebrating cultures and solving problems, all through observation.

Wizard Whitebeard is their mentor, and he's a seasoned wanderer. Whitebeard sends these young adventurers on travel missions across the world so they can earn their stripes and someday become wizard-level wanderers.

But of course, what's an adventure without a bad guy? Waldo and Wenda’s rival is Odlulu, who causes trouble wherever she goes. 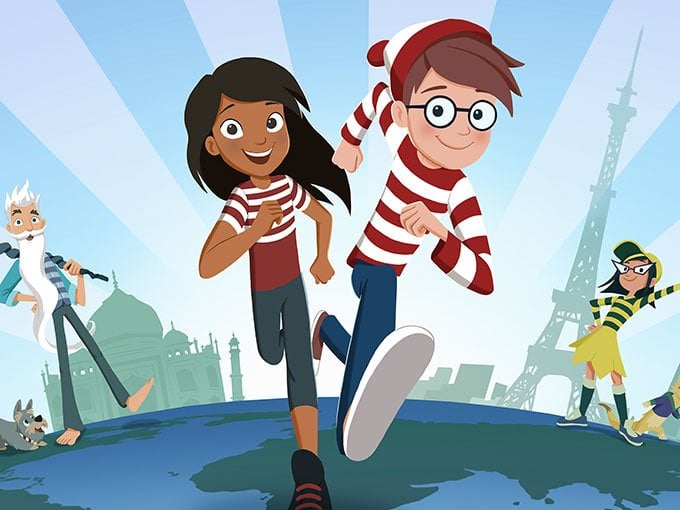 Where's Wally? has had quite the makeover since we all watched his adventures as kids. Image: Stan.

This Australian cartoon series follows the lives and adventures of surf-siblings Jan and Dean who are seemingly on endless summer holidays.

The show sees Dean and Jan spending time on the beautiful island of Iki-Iki which just happens to be the home of their favourite uncle AND a bunch of mischievous, beach-loving, thrill-seeking monsters.

If your kids love cars and adventure, then Monster Beach is the perfect show for them. Jane, Dean, and their monster friends cruise around in 'hopped-up hot-rods' attempting to solve the mystery of a local surf legend.

They also have to prevent the bad guys from ruining the beach and their fun.