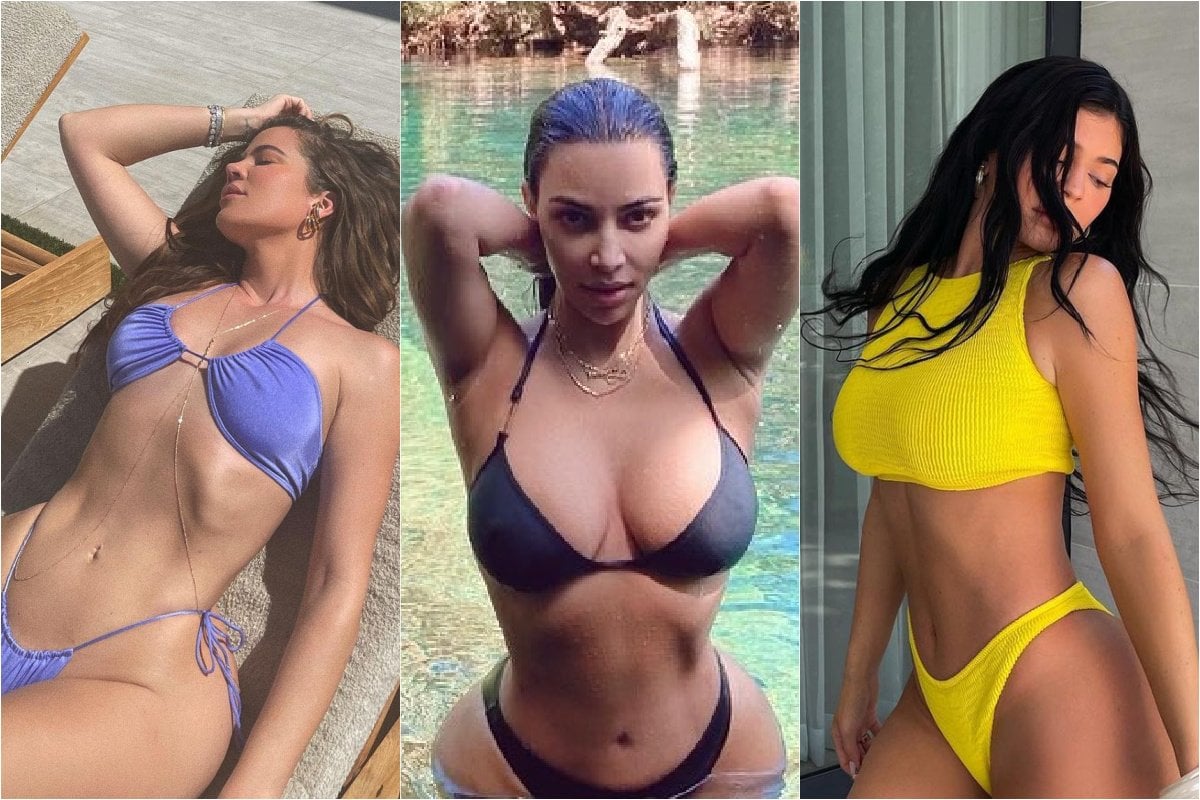 Hell hath no fury like a Kardashian whose unedited photo has been circulated.

You may have heard that Khloé Kardashian's ‘team’ have tried to erase an ‘unauthorised’ photo where the 36-year-old is in a leopard bikini, standing in front of a pool while on a family holiday.

According to multiple media outlets, it was Kardashian’s assistant who uploaded the photo without permission, and has now caused a nightmare quest to stop the circulation of the photo. Despite their efforts, it took me approximately 2.34 seconds to find it. Such is the nature of the internet.

To the untrained eye, the woman in this photo looks incredibly fit and, more importantly, seems happy.

To a person familiar with Khloé Kardashian and the photos that fill her and her sisters’ feeds, it is a remarkably 'unedited' photo that is far removed from the filters and computer-altered images that have come to define the family who is credited with redefining modern beauty. 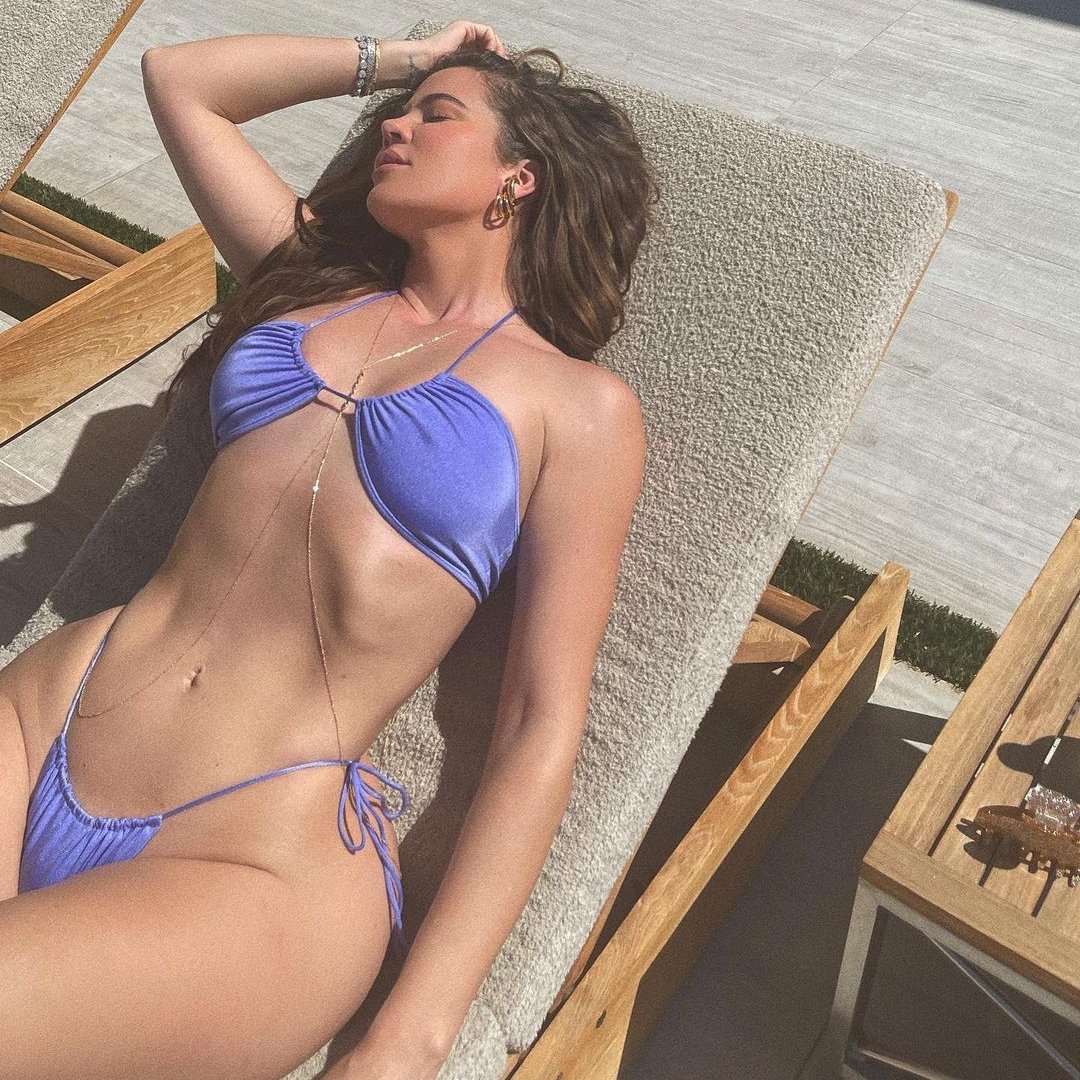 A recent photo of Khloe Kardashian (not the unedited one, of course). Image: Instagram.

So, it’s worth asking: Why can’t we see Khloé Kardashian, a woman whose career is supposedly built on showing the world her ‘reality’, as her real self?

When the Kardashians were hurtled onto the front covers of magazines in the noughties, their generous curves were a beacon of body diversity and a welcome departure from bone-thin models who insisted their favourite meal was a McDonald’s burger.

From their derrières to their chests, the Kardashians played a pivotal role in reshaping the contours of what an ‘ideal’ female body looks like. Not only were their bodies seemingly more achievable for the ‘average’ woman, but the sisters were also unashamedly confident in their curves.

Over the years, as their followers grew by millions and their money by billions, their appearances seemed to get an upgrade with every new season. Their lips ballooned, their cheekbones sharpened and their waists shrunk. If you have a thumb and an Instagram account, you’ve seen the ‘before and after’ photos of their fame.

But outside the world of plastic surgery (a topic the sisters have always remained coy on, instead convincing us it’s their products that have enhanced their appearance and can enhance yours too) it is the digital manipulation of their photos that has created a beauty ideal no one will ever be able to attain. Not even them.

Watch the trailer for the final season of Keeping Up With the Kardashians here. Post continues below.

Just this week, the youngest sister Kylie was criticised for photoshopping an image of herself in a yellow bikini. The average person scrolling through their feed on a lazy afternoon would never notice the unnatural bend in the curtain behind Kylie that tells us she has drawn in her waist, but a few keen eyes did notice and they drew the world’s attention to it via TikTok.

So, why does this matter? Because the impact of unrealistic images can be as far-reaching as they can be damaging.

“When celebrities and influencers are editing their appearances, it's actively promoting an ideal that isn't attainable. It's not achievable for them and it's not achievable for any of their followers,” explains Jasmine Fardouly from the Centre for Emotional Health at Macquarie University.

“Research tells us that if people are following accounts like the Kardashians who post idealised, edited and unattainable images, it can increase people's dissatisfaction with their own body.”

With the Kardashians, it is mostly young women whose mental health is being affected.

You might argue that it’s common knowledge celebrities and influencers often photoshop their images, meaning it could be less harmful when we know it’s happening. However, research shows that knowing images are edited and enhanced does not change how we compare our bodies to theirs.

The influence of the Kardashians over their audience is cosmic-like. For example, Kylie Jenner’s long-anticipated admission of lip augmentation in 2015 saw searches for “lip fillers” soar by 3,233 per cent. It gives us an idea of the Kardashians’ sway over how women feel about their bodies and faces.

Of course, Khloe Kardashian is not single-handedly responsible for the dangers of social media. Like the rest of us, she's free to choose what she shares and what she doesn't. But her attempt to erase any trace of an ‘unedited’ photo from the internet tells us her followers - of which I am one - are comparing themselves to an aesthetic that does not exist.

What started as an empowering message about embracing our natural curves has spiraled into the Kardashians elevating - and capitalising off - an impossible standard that only exists within the powers of photoshop.

Reply
Upvote
Im not sure anyone ever considered the Kardashians to be great for body diversity.

Hello! Not only have I read this many times, but also anecdotally from speaking with friends and family, I always hear people say that they think the Kardashians are a positive for body diversity - which I of course disagree with.

Reply
Upvote
2 upvotes
I'm really interested in the thinking behind not sharing the natural, nice picture of Khloe but sharing the edited ones. In the article which states photoshopped images are still harmful even if we know. It's like the decision was made to respect Khloes desire to only be seen filtered above the good it could do the thousands of women who read this to see her natural body? The picture genuinely made me feel a bit better about mine, even knowing how many filters etc are used usually, it was just a bit of a visual jolt for me to go OOH yeah my lumps and bumps are normal!

Reply
Upvote
@mamamia-user-556745246 Agree. I don't see the point of refusing to show her "real" (un-photoshopped) body, but not having a problem with reproducing imagery which is clearly photoshopped and tweaked to produce an image which is even more unachievable by natural means.

Like the rest of us, [Khloe Kardashian is] free to choose what she shares and what she doesn't

It's respecting the individuals choice. If someone doesn't want an unauthorised photo of themselves publicly disseminated - yes, even a celebrity - then it should not be.

Reply
Upvote
1 upvotes
@simple simon You're not grasping the point. It's all well and good to respect and protect the desires of an individual celebrity, but it seems rather backward to continue to publish the "authorised" pics that in turn foster a really unhealthy view of female bodies overall. It's like they are protecting the wellbeing of one person (by only publishing the "good" pictures they approve), whilst doing damage to thousands (by publishing the "good" pictures and thereby normalising totally exaggerated body dimensions).