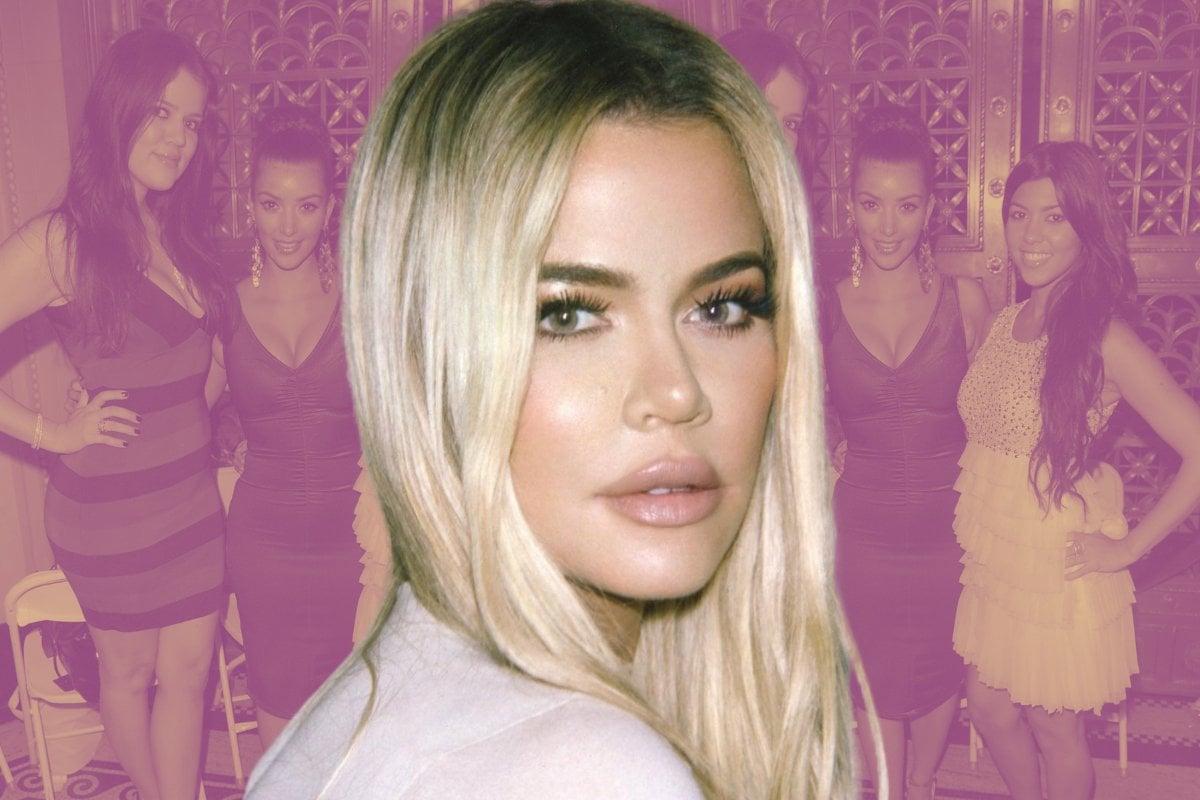 In the time that we've known the Kardashian family, Khloé Kardashian has been labelled the "ugly" sister. But it wasn't until her family became famous that Khloé saw herself that way.

During the recent Keeping Up with the Kardashians reunion special, host Andy Cohen asked Khloé if she felt bad about how hard she's been on herself over the years.

She responded: "Interestingly enough, I was so confident and secure before the show. I wasn't hard on myself until we became famous.

"All the Perez Hilton's and blogs of the time - that's when all that narrative of 'fugly' and crazy things that I wasn't even aware of about myself - that's when I started to become hard on myself because I was like, 'Oh, this is how other people perceived me.'

"I became insecure because of everyone else telling me."

Watch the trailer for the first-ever season of Keeping up with the Kardashians here. Post continues after video.

In 2007, the world was first introduced to Khloé Kardashian, when her family's reality television show, Keeping Up with the Kardashians, debuted on E!. Ahead of its premiere, she never really thought about how she looked.

"I never knew I wasn't an ideal weight growing up - my family never made me feel less than. We all looked different," she told Harpers Bazaar in 2017.

"I didn't know I was bigger until I started doing our TV show, and once I was in the public eye, people were able to pick me apart," she continued.

"That's when I was like, 'oh my gosh, I guess I'm chubby... or I guess I'm bigger.' I really commend my mum and my sisters for never making me feel less than. Everyone always asks me, 'how do you have so much confidence?' And I'm like, 'I don't know!' I was allowed to wear the bodycon dresses, the Herve Leger dresses my sisters wore. I didn't feel like I was too big to wear that." 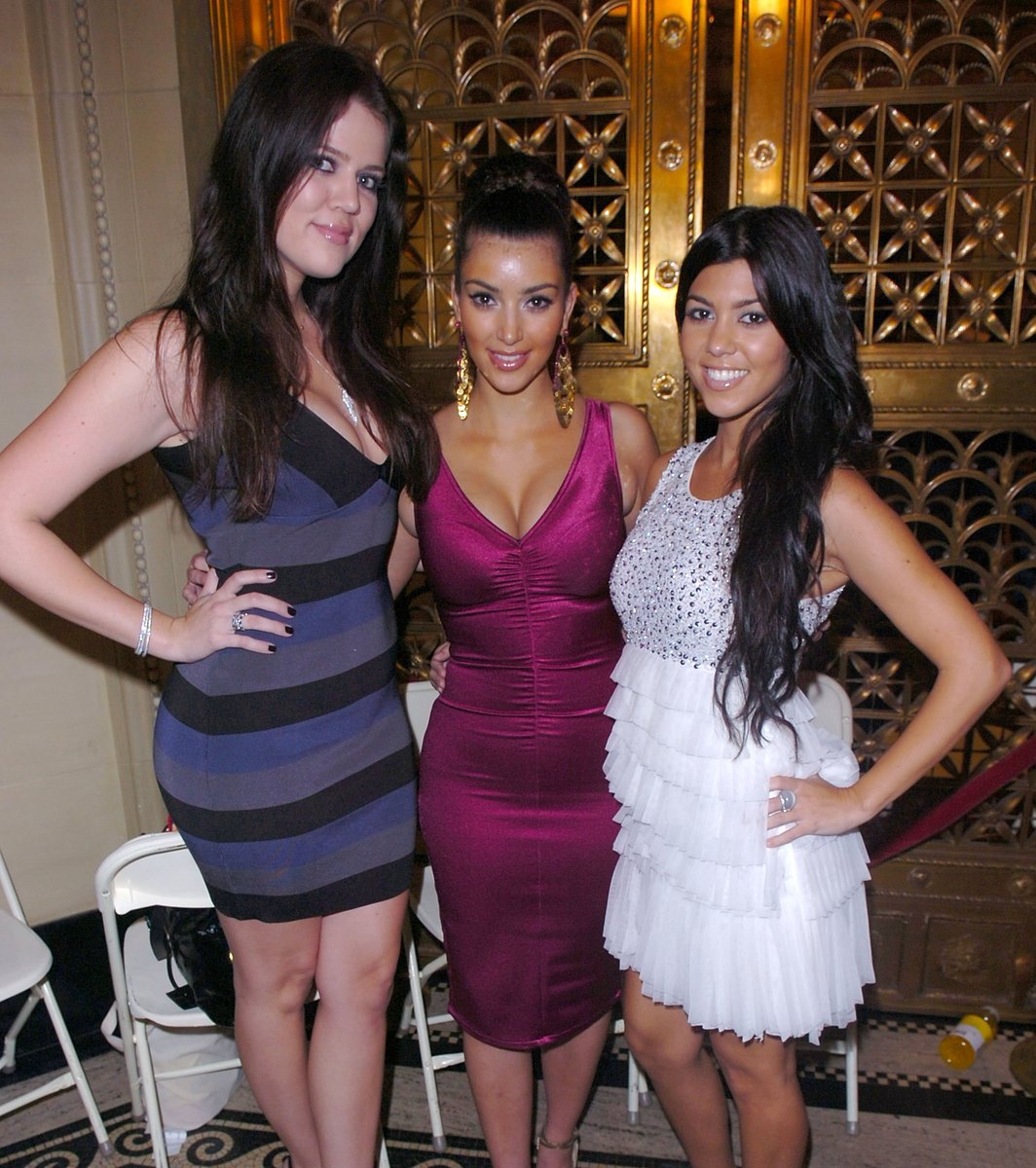 Soon after the show began, Khloé - who was 22 years old at the time - was labelled the "fat, funny sister" by media publications internationally.

"I'm the 'ugly sister'. I’m the 'fat one'. I’m the 'transvestite'. I have had those mean things said about me at least twice a day for the last five years," Khloé told Cosmopolitan Middle East in 2011, via Fox News.

During the early seasons of the show, Kim, Kourtney and Khloé attended countless photoshoots to promote the show and their business ventures.

While Kim and Kourtney were offered racks of dresses to choose from, Khloé was given two or three options.

"We did so many photoshoots where they would receive racks and racks of clothes," she said during the recent reunion special. "I was given about two or three pieces of clothing but not to worry because I would be in the background anyway."

Not only was Khloé told that she looks different by the media and designers she worked with, but also by people within her close circle.

"I'm a huge believer of it’s not what you say, it’s how you say it," Khloé said during a preview clip for season two of Revenge Body.

"You know, for a long time I was told, 'Khloé, you’ve got to lose weight because you’re really hurting the brand' or this or that," she said.

"I understood that was coming from my management side of my family, but it does hurt and there’s a way to say things."

Following her split from Lamar Odom in 2013, Khloé flipped the narrative, relaunched her image and turned it into a franchise.

It started with her 2015 Complex magazine cover, followed by her memoir, Stronger Looks Better Naked, her own show, Revenge Body, and her own size-inclusive clothing line, Good American.

"Everyone says, 'Oh my gosh, she's had her third face transplant,' but I've had one nose job," Khloe confirmed during the Keeping Up with the Kardashians reunion special. "And everyone gets so upset, like, why don't I talk about it. No one's ever asked me."

Despite her new image and immense success because of it, in April 2021, Khloé reminded the world that she still struggles with the names and headlines she used to be known for.

After an unedited photo of Khloé started circulating the internet, her team worked tirelessly to remove it. Days later, Khloe released a statement why.

"In truth, the pressure, constant ridicule and judgement my entire life to be perfect and to meet other’s standards of how I should look has been too much to bear.

"'Khloe is the fat sister.' 'Khloe is the ugly sister'. 'Her dad must not be her real dad because she looks so different.' 'The only way she could have lost that weight must have been from surgery.'

"For over a decade now, in photos, every single flaw and imperfection has been micro-analysed and made fun of to the smallest detail and I am reminded every day by the world," she wrote.

Read more: 'I'm not beautiful being just me.' The real reason Khloé Kardashian didn't want the world to see that photo.

During the reunion special, she reiterated feeling this way is a constant battle.

"When the show first started, I was very secure, very secure. Then during the first few seasons, I became insecure because of the public opinions of myself," she said.

"Then I had a good run of being secure then I think recently I’ve become insecure again."

A
albury22 a year ago

Reply
Upvote
This is where social media is the worst of the worst plus the production company for putting the show up due to it clearly did not support Khloe's looks. Khloe is good looking with a natural beautiful body n still has. For everyone, never take what others say about your looks to heart. Your personality is your best asset.
S
simple simon a year ago