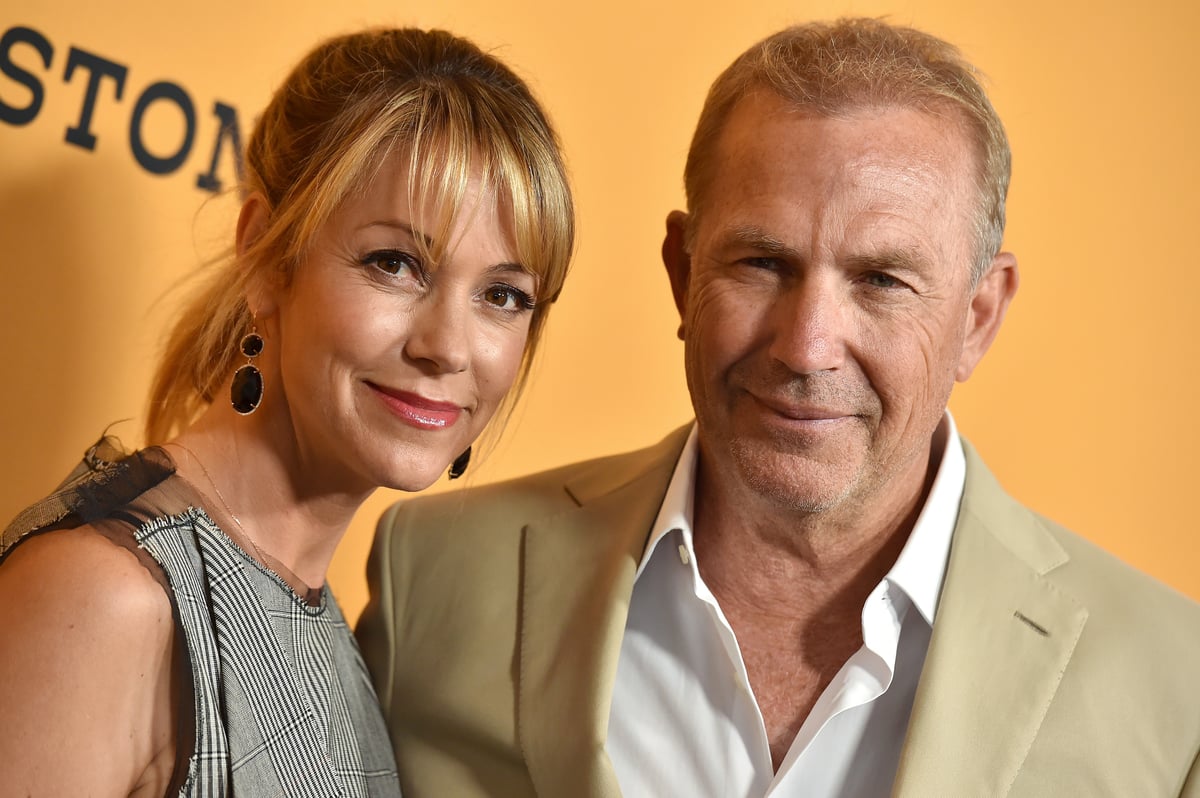 For more than three decades, Kevin Costner has been one of the biggest names in Hollywood.

The 66-year-old, who is currently starring in Stan's Yellowstone, is best known for his roles in Dances With Wolves, The Bodyguard, and The Postman.

But before Costner became a household name, he had doubts about pursuing acting altogether.

Watch the teaser for season four of Yellowstone below. Post continues after video.

At 22, Costner was working in marketing, while occasionally taking acting classes.

Although he felt acting was his calling in life, it wasn't until he met Richard Burton on a plane that he decided to embrace his dream.

At the time, he was flying home from his honeymoon in Puerto Vallarta with his wife, Cindy Silva, who he met during his time at California State University.

After spotting Burton, who had purchased five seats all around him so no one would sit next to him, Costner decided to ask Burton for advice. It was a risky move. The actor, best known for his marriage to Elizabeth Taylor, was "famously volatile".

"I was burning up inside because I was grappling with the idea of acting, so seeing Richard I thought was a sign. My wife didn’t even know that I was burning with this idea of what I was gonna be in my life," Costner told WENN.

After finishing reading his book, Burton agreed to speak with Costner.

"[Burton had] a gentleness with me. I was really unsure what I wanted to do with my life, and I saw him there, and I intruded on his," Costner told Yahoo Entertainment.

"I had done some community theatre, but I was really thinking I could make this a living and I desperately wanted to talk to him. The conversation never really expanded other than there was a gentleness and a kindness, and looking at me saying, 'I think you should try this.'" 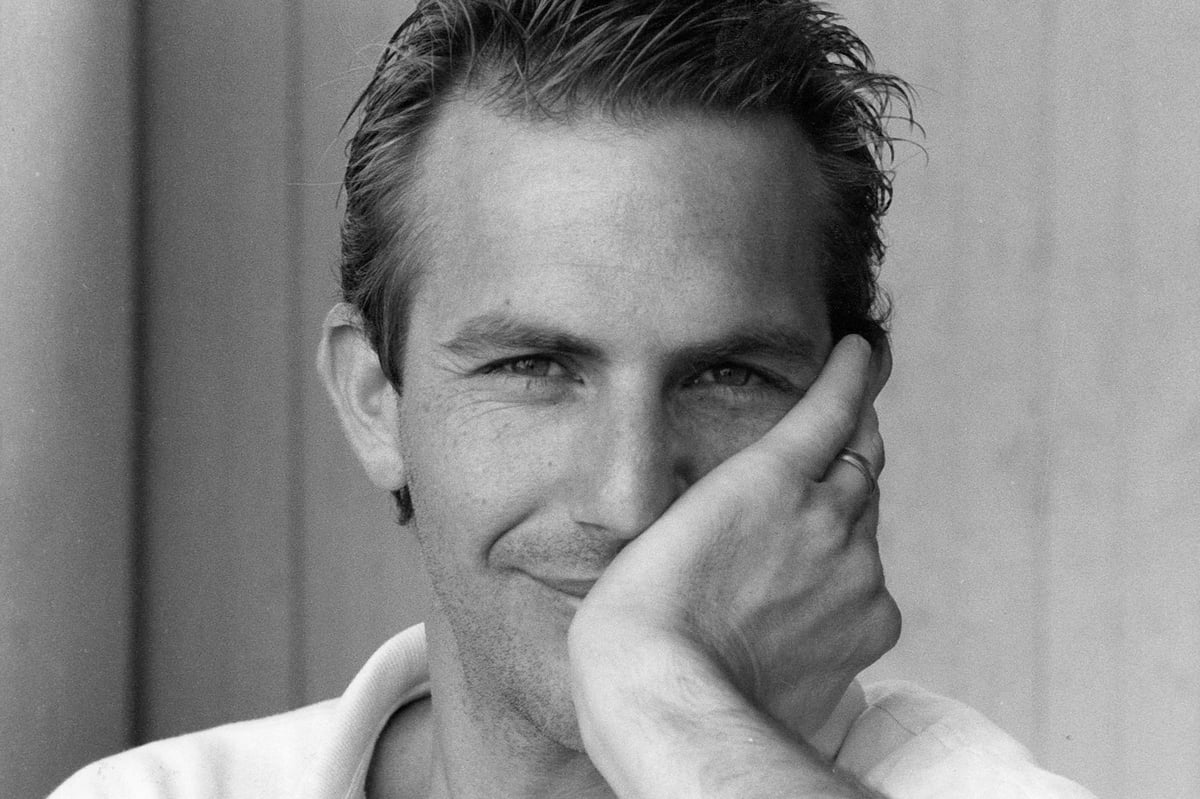 Later on, while Costner and his wife were waiting to travel home from the airport, a limousine pulled up. The window rolled down, and Burton told him: "Good luck."

From that moment onwards, Costner put more of his time and energy into acting. He started taking acting classes five nights a week and worked a number of jobs – including as a driver giving tours of Hollywood celebrity homes – while attending auditions.

A few years after meeting Burton, Costner landed his film debut in the film Sizzle Beach, USA, which was filmed in 1978 and released in 1981.

However, he didn't get his big break until 1987, when he starred as Eliot Ness in The Untouchables. 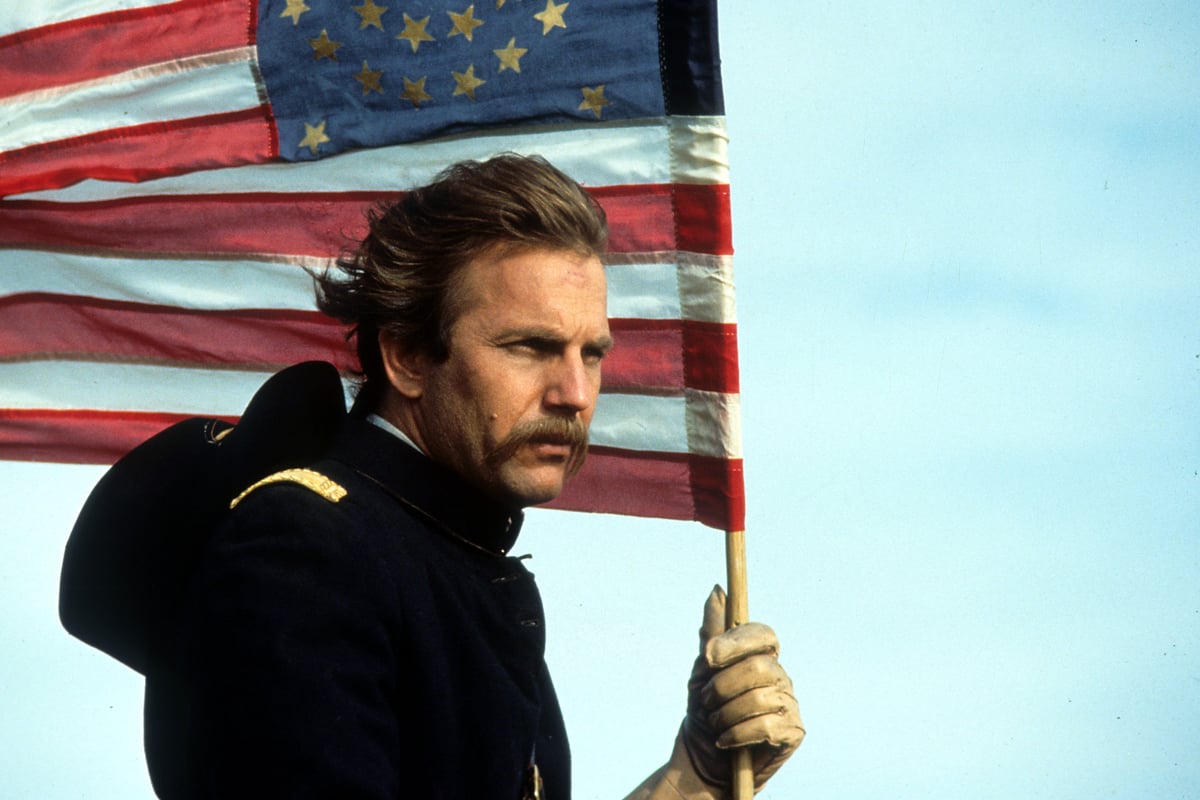 In the years that followed, Costner appeared in baseball-themed films Bull Durham and Field of Dreams, as well as The Bodyguard, JFK, The Postman, Waterworld, and Dances With Wolves, which he starred in and directed.

For most of his career, Costner was married to Cindy Silva, who he met at college. The couple married in an intimate ceremony in 1975, after dating for two years.

"She was beautiful, she was sweet, she was smarter than me," Costner told People in 1989, reflecting on the early days of their relationship. "She represented everything about women that I like." 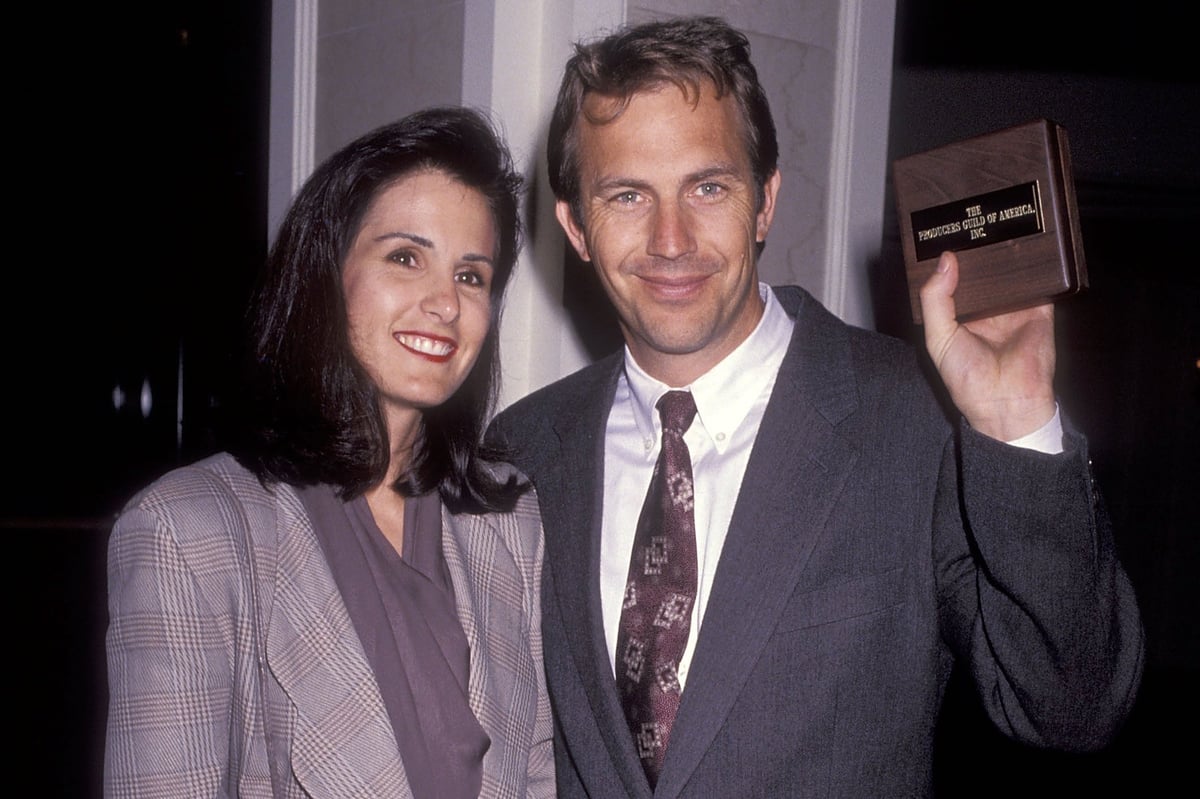 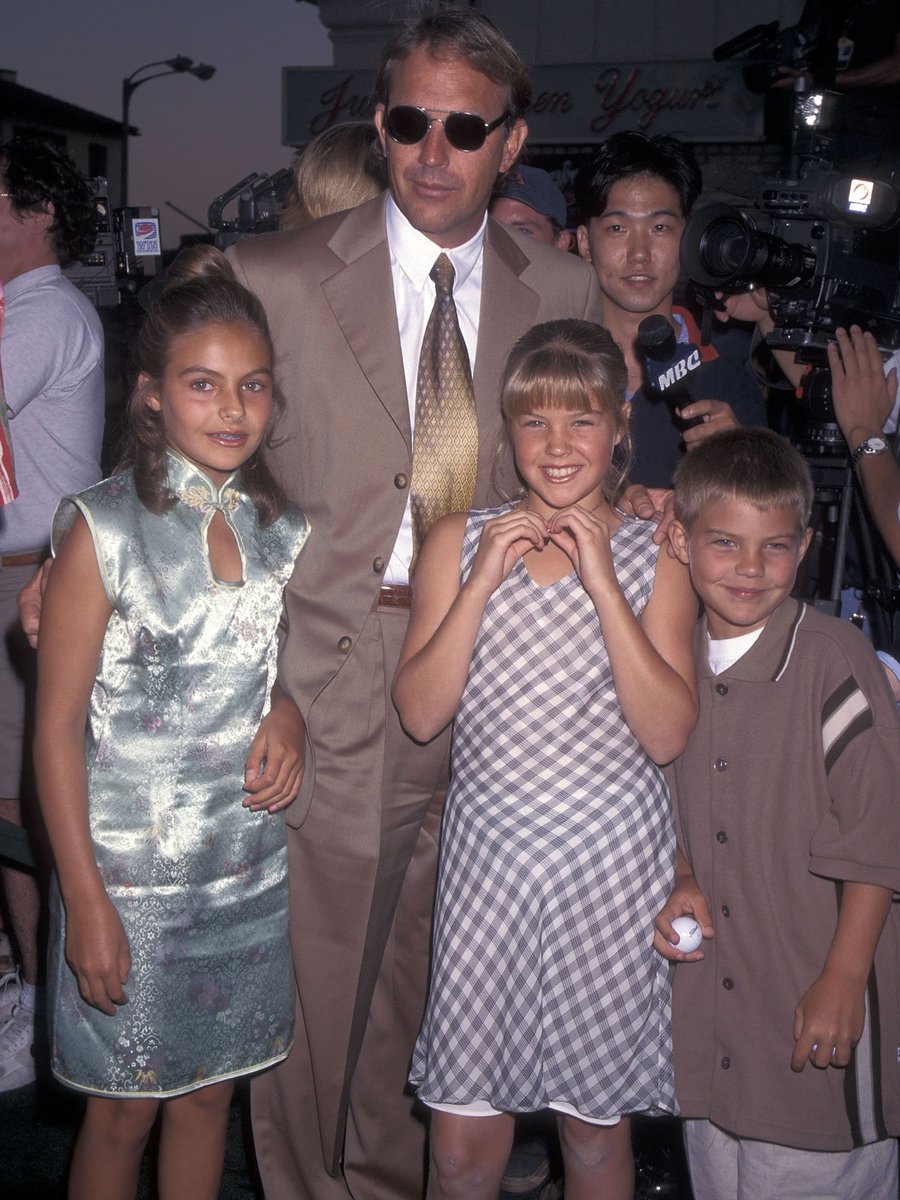 Kevin Costner and his kids Annie, Lily and Joe in 1996. Image: Getty.

However, while Costner was working on Robin Hood: Prince of Thieves in 1990, rumours of infidelity began circulating.

The couple later announced their divorce in 1994, sharing they had "amicably resolved all issues regarding our children and financial affairs." The pair's separation later made it to Forbes' list of the most expensive celebrity divorces at US$80 million.

Shortly after their separation, Costner had a short-lived relationship with businesswoman Bridget Rooney.

While Rooney later gave birth to the couple's son, Liam, the actor was unconvinced that he was Liam's father. Costner later grew closer to his son following a paternity test.

Following his relationship to Rooney, Costner dated political activist Birgit Cunningham and was linked to supermodel Elle Macpherson, before meeting his now-wife, Christine Baumgartner, a model-turned-designer. 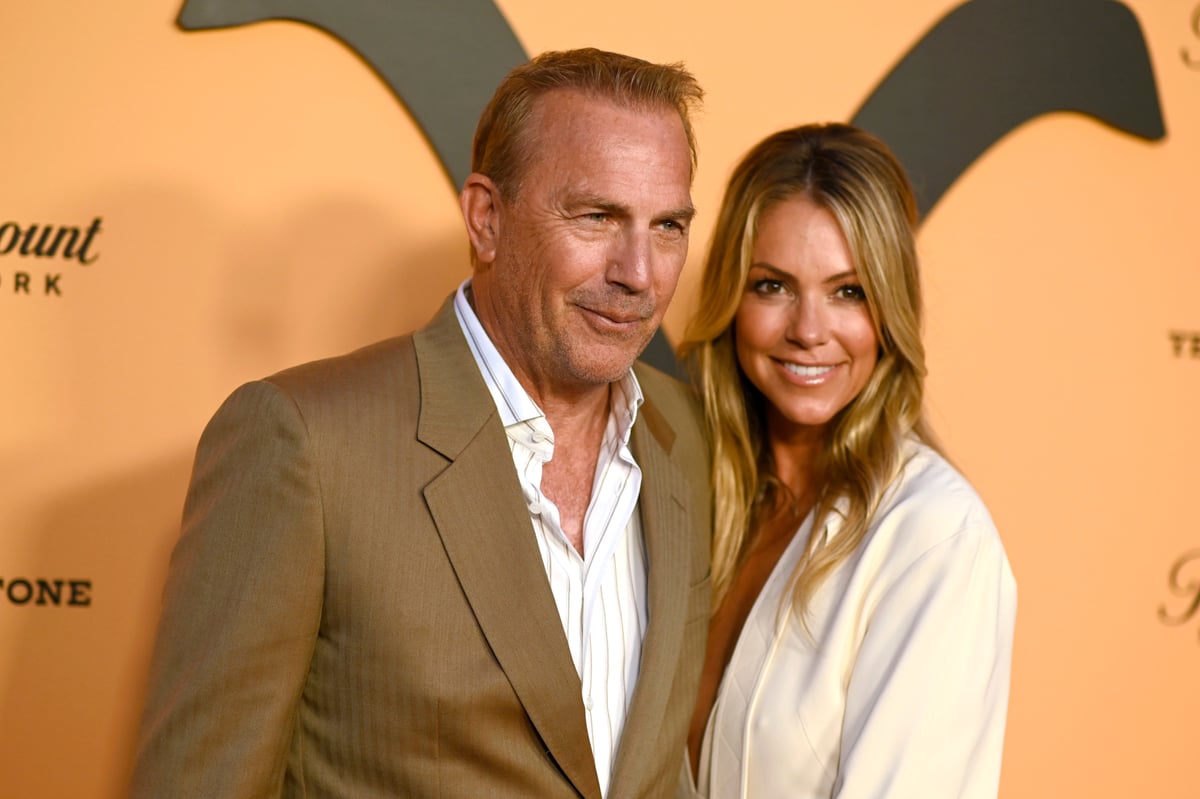 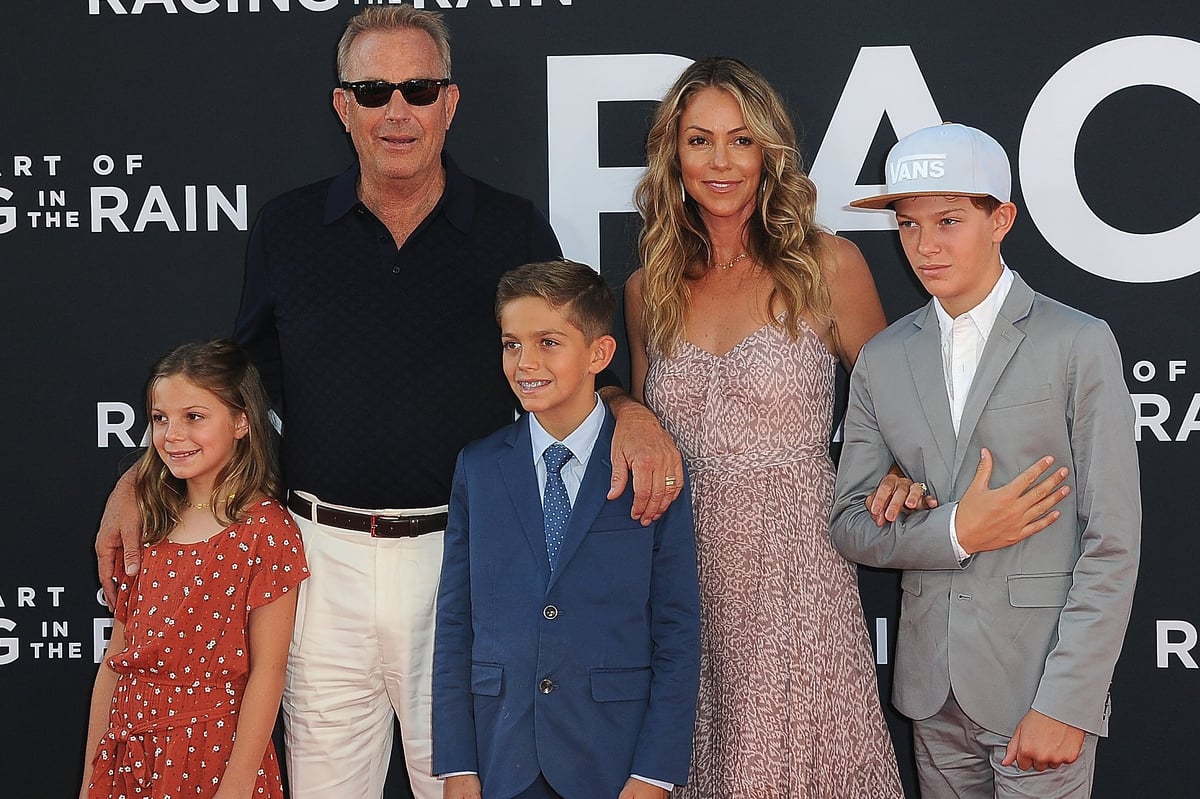 "She said, 'I’m going to wait for you, but not long. When you come to your senses, come back to me,'" the actor told Parade. "And I did."

"[She] wanted a child, but I was afraid I couldn’t be an effective father," he added.

"I woke up and thought, 'Am I going to lose a beautiful woman who is willing to be with me to my very last breath because I am afraid to say yes to a child?'. That’s all it took. Sometimes you learn the thing you’re most afraid of will save your life."

After getting back together, Costner and Baumgartner married at the actor's Aspen ranch in 2004.

Speaking to Parade, Costner shared what makes their marriage work.

Through the 2000s and beyond, Costner's career has remained steady, with the actor starring in films such as The Guardian, Mr. Brooks, Man of Steel, Hidden Figures, and Criminal.

And more recently, Costner has starred as John Dutton in the popular Stan series, Yellowstone. 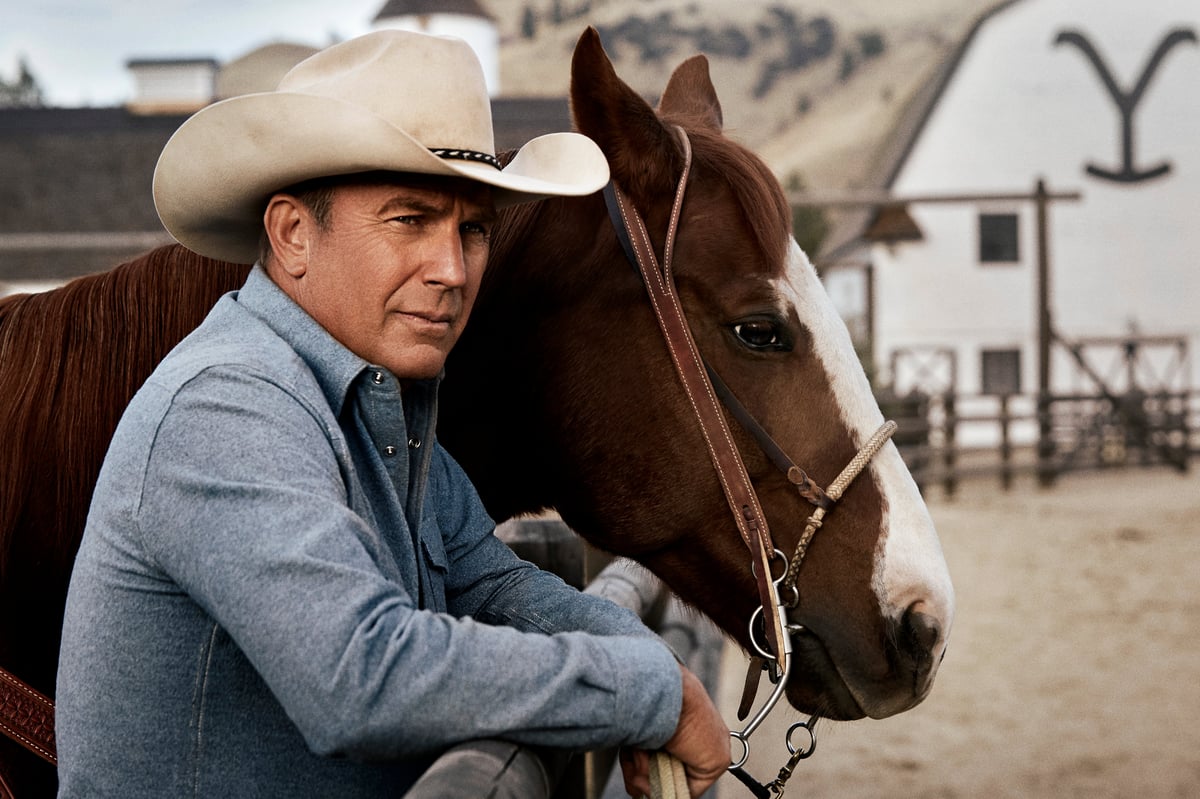 However, Costner, who has seven children in total, has long maintained that his kids are his highest priority in life.

In his eyes, his family have always trumped his career.

"All the years, all the tears saying goodbye at airports as I headed off to do yet another movie. Their brave faces trying to comprehend the time that I would be away and when I would come home. Hugs that never wanted to end," Costner shared when accepting the Lifetime Achievement Award at the Critics' Choice Movie Awards in 2015.

"My children have always been bigger than the movies. They've always been more important. It's because of them that I've been able to do what I love."

Yellowstone Season 4 premieres November 8 same day as the US. The only place you can stream every episode of Yellowstone is on Stan.