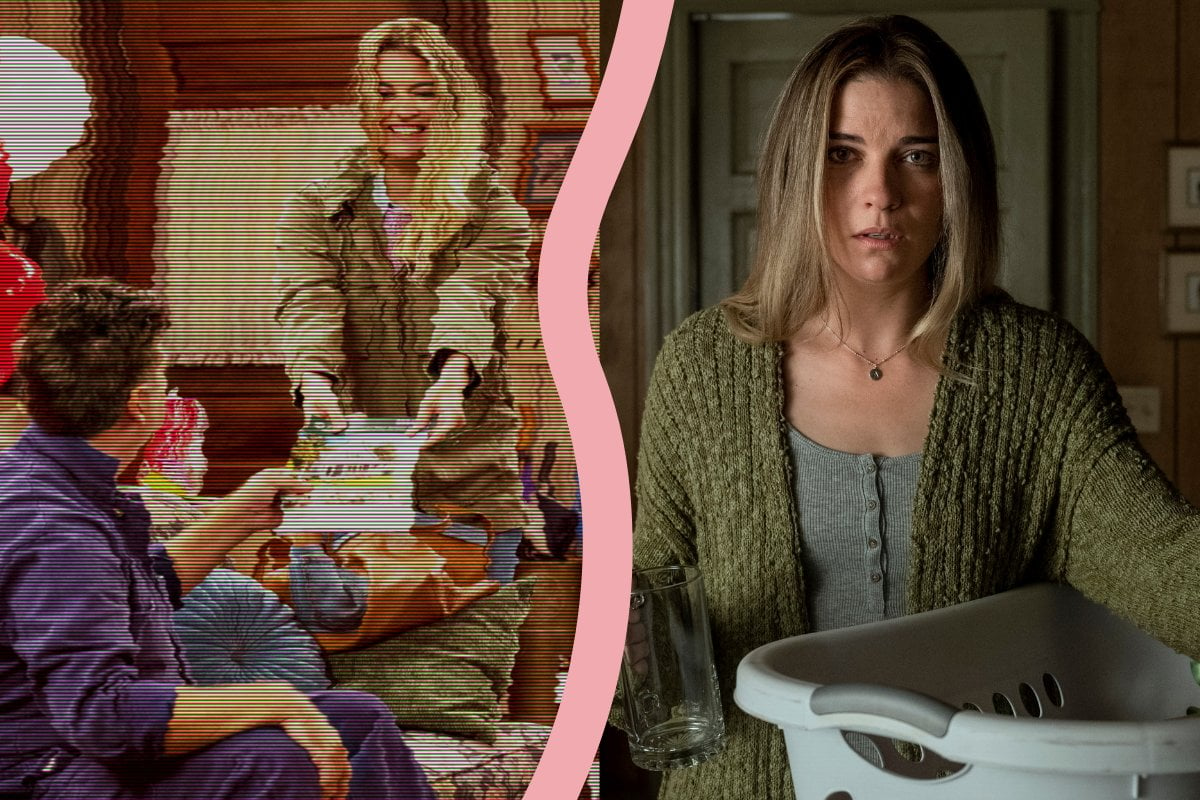 From the moment the first scene of Kevin Can F**k Himself appears on your screen, you'll be transported back to the once-nightly ritual of indulging in old-school sitcoms.

In the opening scenes of the series, Allison is seen standing in her warmly lit living room, which is shot in a classic multi-camera format, as her husband plans their 10th "rageaversery" — an annual booze-filled party to celebrate their wedding anniversary.

Watch the trailer for Amazon Prime's Kevin Can F**k Himself below. Post continues after video.

While standing in the living room, Allison acts like any other typical sitcom wife. She's holding a laundry basket, and she makes a few playful jokes at her husband's expense.

But when she walks into the kitchen, out of Kevin's presence, the mood quickly shifts.

The room is drab and dark, and shot with a modern single-camera set-up. The persistent laugh track playing in response to Kevin's comments is gone. And the sitcom wife, Allison McRoberts, is quietly coming undone.

Below, we unpack what Kevin Can F**k Himself is about and deliver our verdict on whether you should watch it.

The idea for Kevin Can F**k Himself came about when series creator Valerie Armstrong was listening to two actresses on a podcast.

When the two actresses spoke about how women are cast as wives that serve purely as "setup machines" on sitcoms, Armstrong immediately had an idea for a series.

"The job of the show is making that wife, that beautiful, put-upon, supposedly naggy wife, a real person," Armstrong told Entertainment Weekly.

"How did that woman actually get stuck in this situation? And how does she get out?" 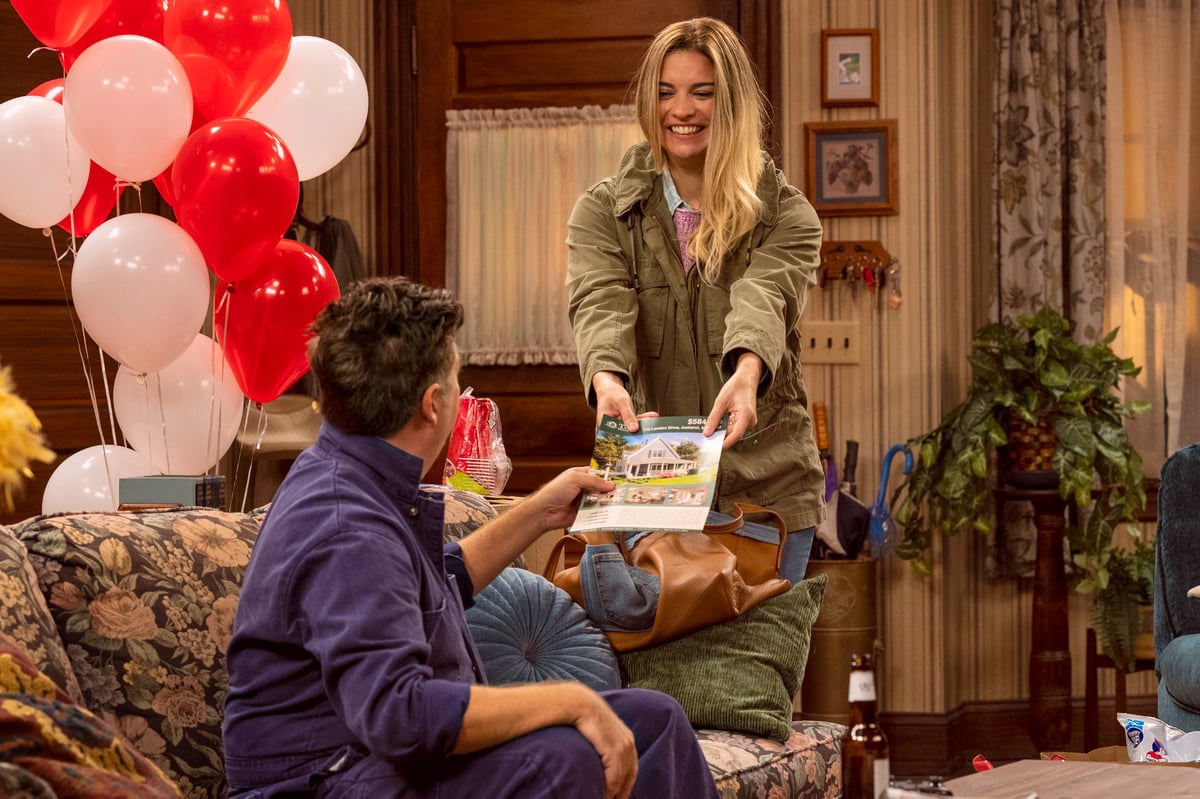 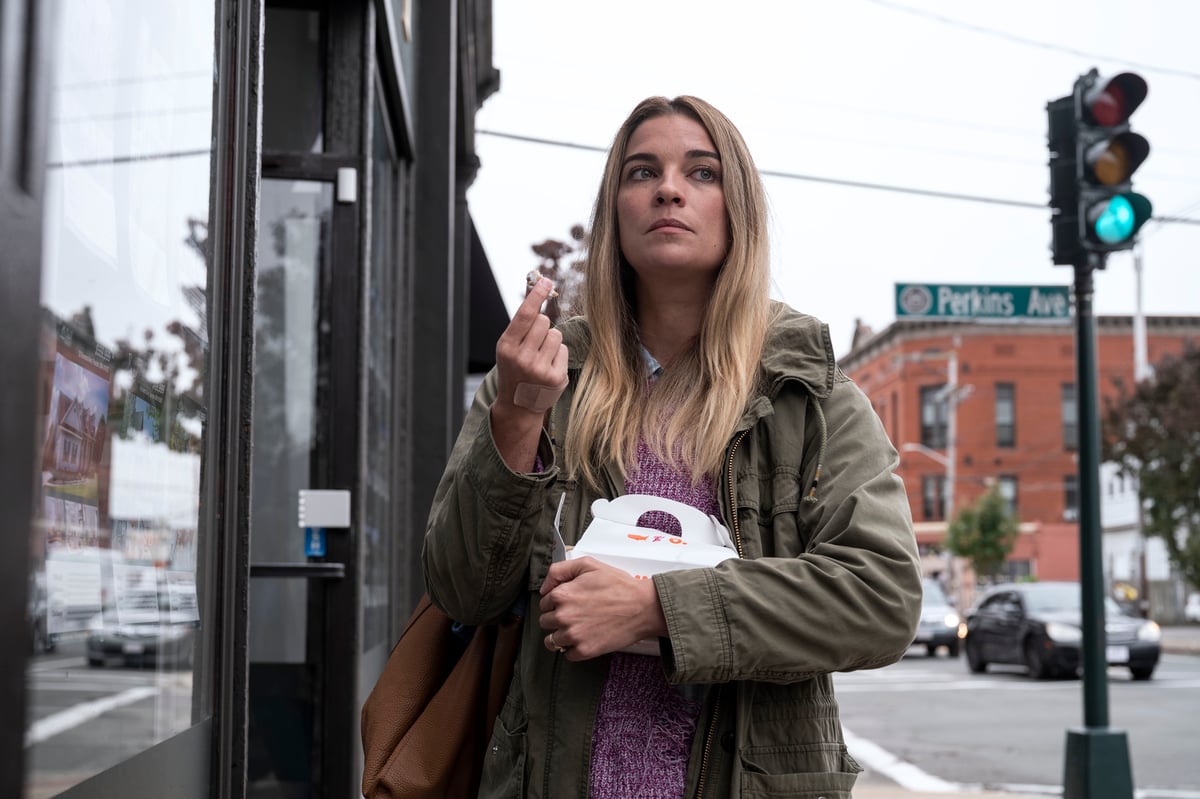 Image: Amazon Prime Video. Those are the questions that Kevin Can F**k Himself attempts to answer.

Murphy appears in the series as Allison McRoberts, a bottle shop employee who is married to Kevin (Eric Petersen), a self-absorbed man-child who is punching well above his weight.

Throughout the series, Kevin Can F**k Himself routinely pivots between two realities. There's the Everybody Loves Raymond-esque cheery sitcom, where Kevin's every line is followed by a laugh track. And there's Allison's dark, gritty reality, where viewers learn that she's living in misery in her unhappy marriage to Kevin.

The series later takes a dark turn as Allison attempts just about anything to escape the confines of her marriage. 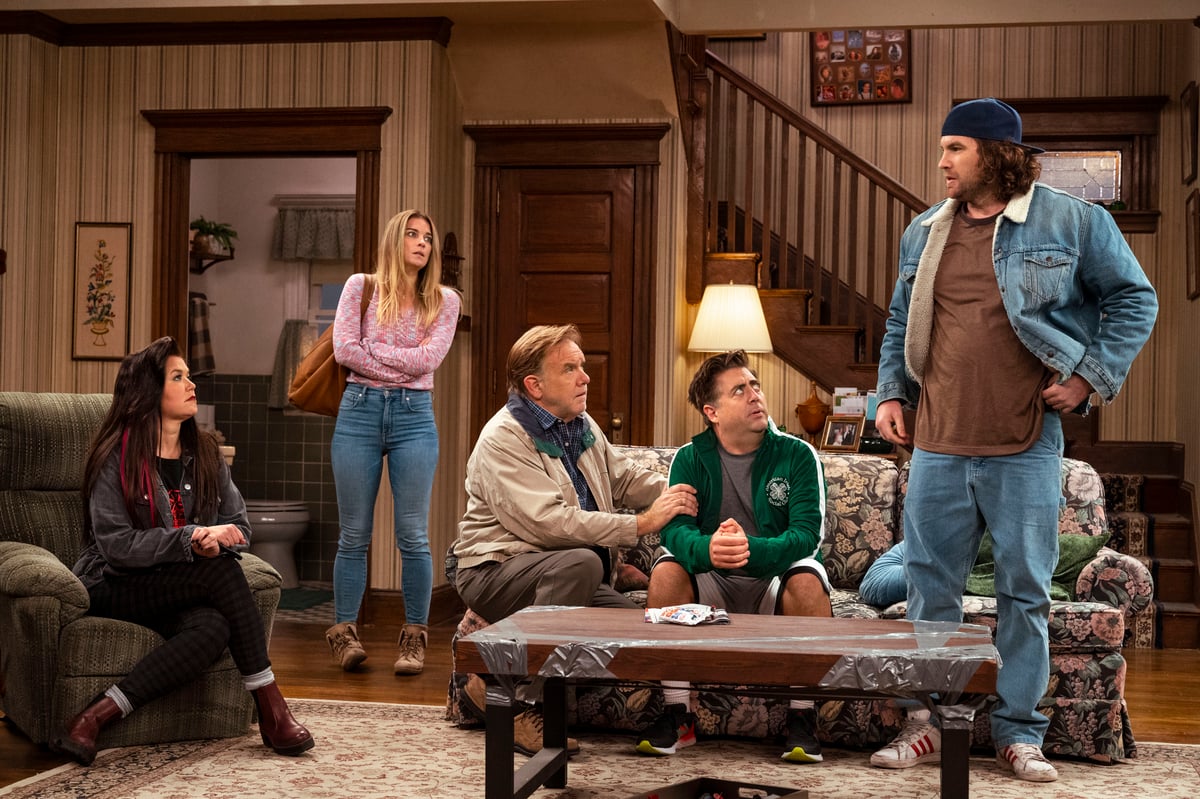 Made For Love for the dark comedy vibes, WandaVision for the creative take on old-school sitcoms, and Why Women Kill for the murder plots.

Kevin Can F**k Himself hasn't been renewed for a second season just yet.

The concept behind Kevin Can F**k Himself is fresh and unique.

Featuring a clever blend of multi-camera comedy and single-camera realism, the series offers a new perspective on the gender roles we all grew up watching in sitcoms.

Although the flipping between genres can be jarring at times, it's a clever way for viewers to reflect on the way women have been depicted in countless old-school sitcoms.

With an engaging, slightly murderous plot and pitch perfect casting, Kevin Can F**k Himself is bound to be your next binge watch.

Kevin Can F**k Himself premieres on Amazon Prime Video on August 27.