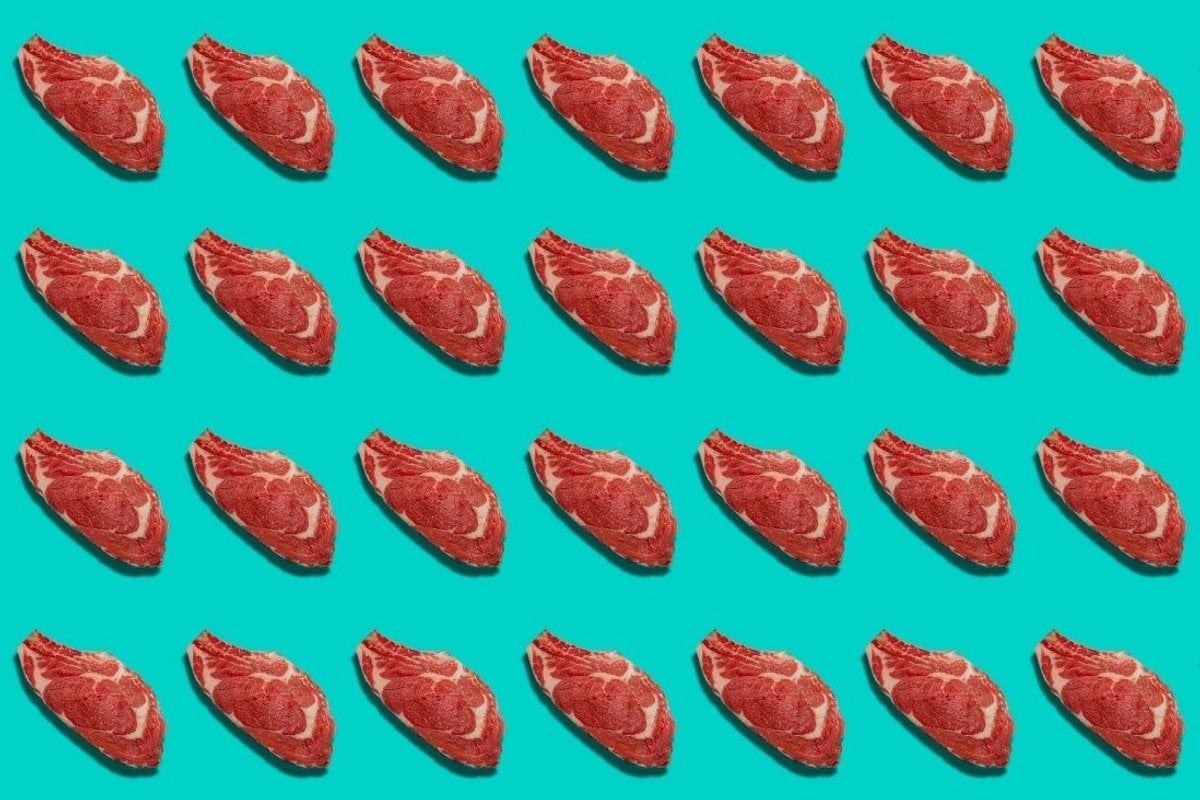 Keto. Heard of it? Course you have. It's hard to go to a gym or scroll Instagram without some mention of it.

It's also known as the ketogenic diet, and it's where your body pretty much raids its fat stores to burn energy (due to the lack of carbohydrates and glucose being consumed) and goes into a process known as ketosis – where the body switches fuel sources from sugar to fats.

"The keto diet was developed as it was found to be effective in treating some forms of childhood epilepsy. This treatment has largely been surpassed by modern antiepileptic medications, however it has lived on as a fad diet for adults," said Dr Massey.

While keto comes with some pretty sweeping claims, if you're anything like us, you know of at least one family member, friend or colleague who is either on it now or has been on it before.

33-year-old Tyneille was quick to jump on the bandwagon.

After hearing positive things about keto from friends, Tyneille started the program for the first time late last year, and said she felt excited at the prospect of doing something she felt she could follow long-term.

Listen to our deep dive about diets on this ep of The Quicky. Post continues below.

"At first I thought keto was too restrictive, but because it was so restrictive that helped me not "cheat"," she told Mamamia.

Tyneille said she was stringent with her eating program, sticking closely to the rules and consuming a diet high in protein (but low enough to maintain the body in a state of ketosis) and low in carbohydrates, consuming no more than 20g of carbs per day. 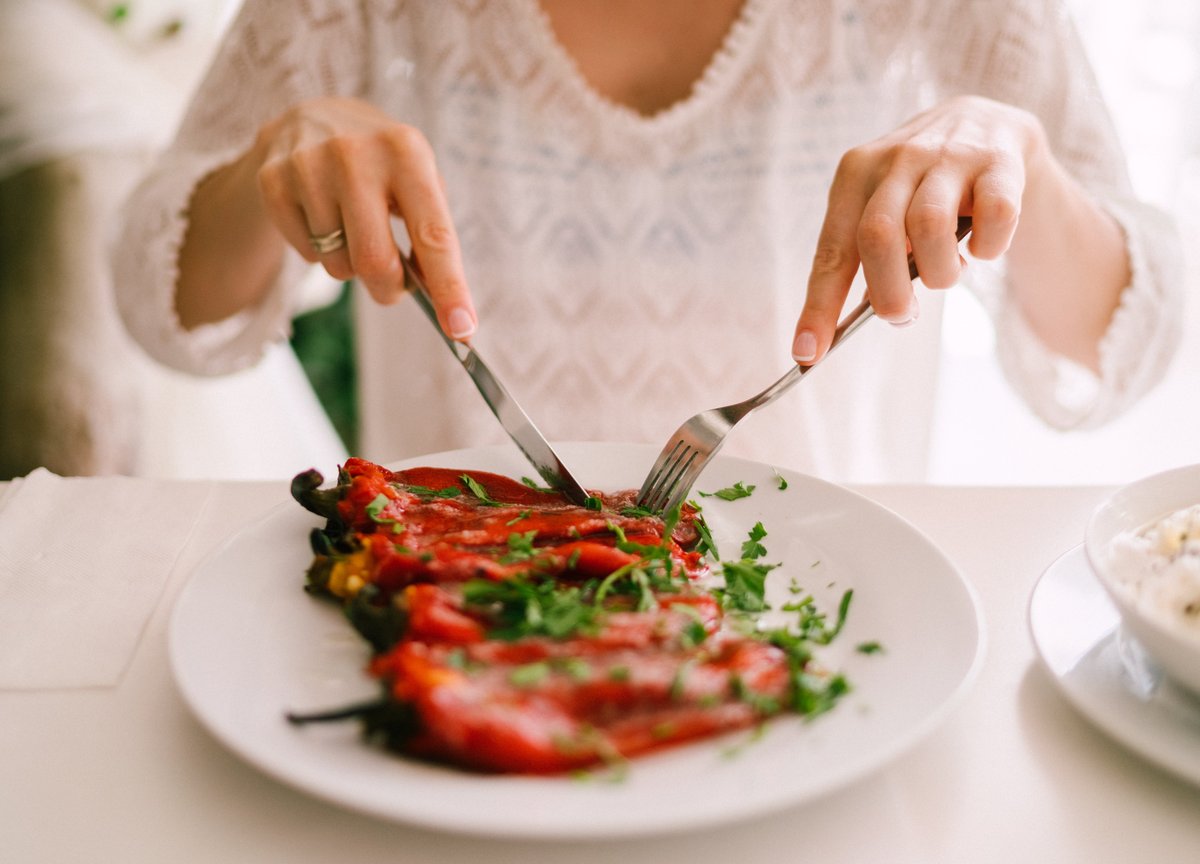 While it's common to experience various side effects after starting the program, such as the 'keto flu' (which usually involves feeling sluggish and run-down), Tyneille started experiencing something very different - excruciating stomach pain.

"After a full night and day of pain, I went to hospital. After hours of waiting and tests, they found I had appendicitis," she said.

"It was completely out of the blue and at 33 years old I'd never a flare up before. My appendix was removed the following day."

After recovering from surgery, Tyneille said she decided to go back on keto as she felt it "kept me in check."

However, once again she started experiencing severe pain - this time in the middle of her stomach.

"I broke it again after exactly four weeks on it as I knew something was wrong," she said.

"It started as dull pains in my upper to middle stomach (kind of around the bottom of the ribs) and got worse and worse - especially after I ate," she explained.

Tyneille soon found out the pain she was experiencing was actually gallstones. "I had never once had a pain from my gallbladder before this," she said.

She found that the symptoms would only go away as soon as she incorporated carbs and sugar back into her diet.

After consulting a GP, Tyneille was advised against doing the keto diet.

It sounds... a tad more traumatic than the more common side effects such as the keto flu, no?

So, what's the go? Are there some health risks involved with keto that we don't really know about?

According to Dr Massey, "It is impossible to prove or disprove the link between keto diet and appendicitis or gallbladder disease, however there is no record of this in the medical literature."

"While it is possible a link exists, appendicitis in a 33-year-old is not unusual, so may be entirely coincidental," he confirmed.

So, what about the gallstones Tyneille experienced? Can keto really cause gallbladder issues to flare-up?

"Regarding the gallstones, it is very unlikely a keto diet would cause the stones to form (the exact cause of this remains poorly understood).

"However, as the gallbladder functions to help us digest fat, a high-fat diet is the usual trigger for the first episode of pain (caused by a pre-existing stone becoming obstructed, preventing gallbladder drainage)."

So, while keto can't necessarily cause gallbladder issues, the high-fat diet associated with keto could certainly aggravate things (resulting in severe pain).

When it comes to scientifically proven risks of keto, Dr Massey said you could be looking at everything from elevated cholesterol to gastrointestinal symptoms such as constipation and/or diarrhoea, nausea and heartburn.

"Being a diet very high in animal fats, significant elevations in cholesterol are commonly seen, which is associated with a higher risk of heart disease," he said.

"Significant elevations in LDL (bad) cholesterol will increase the risk of cardiovascular disease if the diet is maintained over the long term."

Along with something called prurigo pigmentosa, also known as 'keto rash' (a widespread itchy rash triggered by ketosis), Dr Massey said kidney stones - "a rare but excruciating consequence" - has also been associated with keto.

The restrictive keto diet is also obviously very nutritionally unbalanced due to the wide range of excluded foods, which Dr Massey said puts you at risk of nutrient deficiencies.

The bottom line? Not only are diets like keto often misleading and difficult to maintain long-term, but these kinds of eating programs can often come with some very real dangers.

And while Tyneille's experience may be an exception, the medical evidence surrounding other proven side effects would be enough to make anyone think twice before jumping on the keto bandwagon.

What do you think of Tyneille's experience? Have you ever experienced similar symptoms? Share with us in the comment section below.

Reply
Upvote
3 upvotes
I tried this diet and the weight literally fell off! However, I was concerned about the lack of vitamins and minerals in the diet. As a big eater of fruit and vegetables, I missed them and found the diet to be a bit boring after a while.
The worst side effect for me was constipation. The keto diet contains almost no fibre and I can’t see how that’s a good thing. Good bowel health depends on a diet rich in fibre, so that’s why I stopped it after a month.